16 Inspiring Quotes By Theodor Reik, The Pioneer Of Lay Analysis

Famous As: Psychologist, Psychanalyst
Born On: May 12, 1888
Died On: October 31, 1969
Born In: Vienna
Died At Age: 81
Theodor Reik was an Austrian-American psychoanalyst, who studied under the legendary âSigmund Freudâ. He is known for bringing the discipline of âLay Analysisâ to the United States. After earning his Ph.D. from the University of Vienne in 1912, Reik studied under the tutelage of Sigmund Freud and learnt as much about psychoanalysis as he could. Reik was someone who could think out of the box and when he was barred from practicing in the United States for not being an MD, he decided to establish the âNational Psychological Associationâ for Psychoanalysis in New York City. He trained psychoanalysts there, and the organisation remains one of the most important psychoanalysis centres till date. Reik left behind a rich legacy and the fact that he brought lay analysis to America has ensured that he remained immortal in the annals of psychoanalysis. Some of his well-known books include âThe Compulsion to Confessâ, âThe Unknown Murdererâ, âRitual: Four Psychoanalytic Studiesâ and âMasochism in Modern Manâ among others. He left behind a treasure trove of highly profound quotes and thoughts on psychoanalysis, human happiness and its importance. Here is a collection of sayings and quotations by Theodor Reik that are sure to give you insights about the subject.
Listed In:
Writers
Intellectuals & Academics 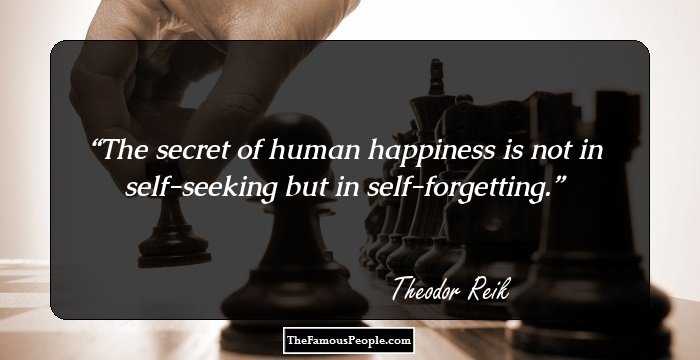 The secret of human happiness is not in self-seeking but in self-forgetting. 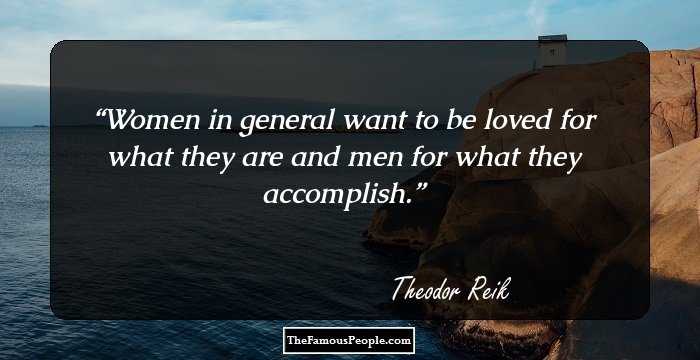 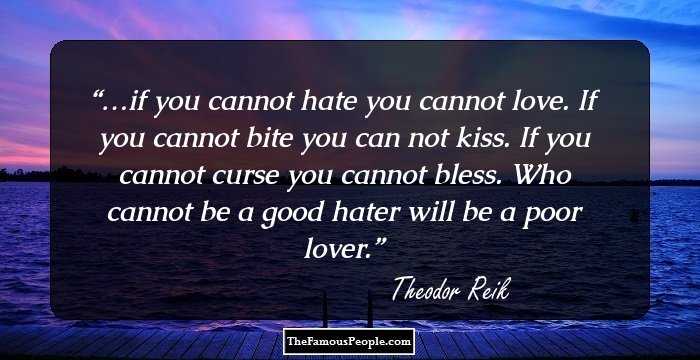 You Love Will
Theodor Reik 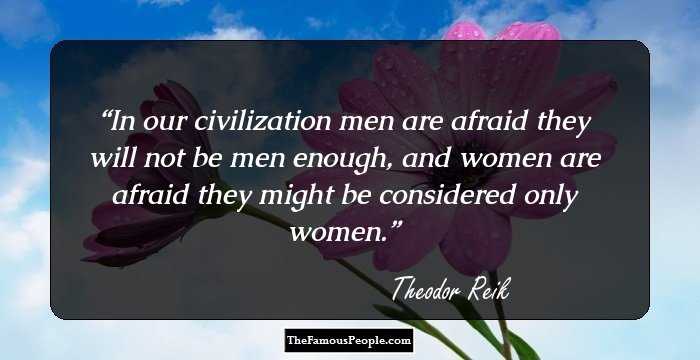 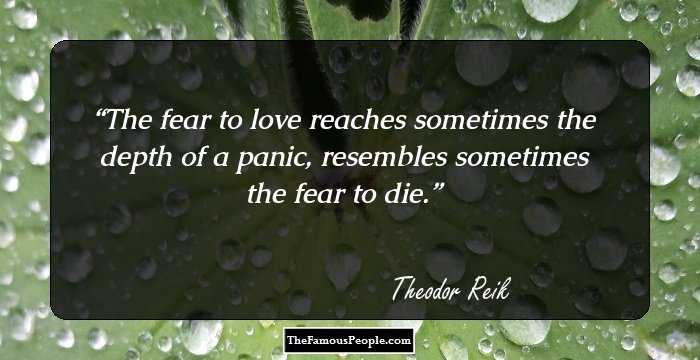 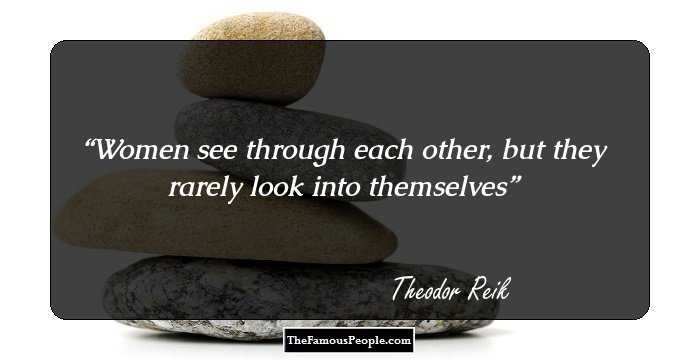 Women see through each other, but they rarely look into themselves

The repressed memory is like a noisy intruder being thrown out of the concert hall. You can throw him out, but he will bang on the door and continue to disturb the concert. The analyst opens the door and says, If you promise to behave yourself, you can come back in. 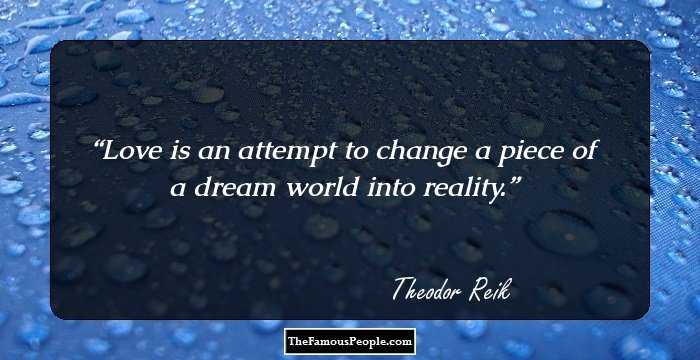 Love is an attempt to change a piece of a dream world into reality. 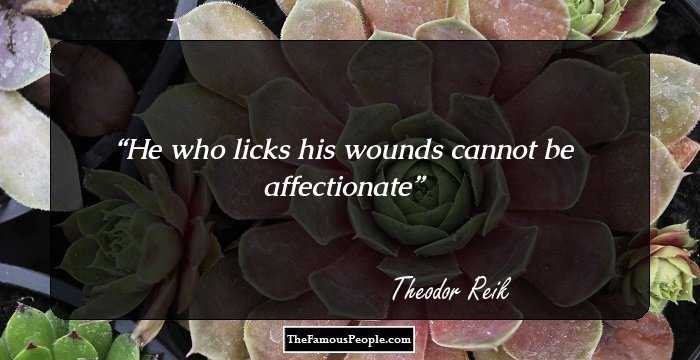 He who licks his wounds cannot be affectionate 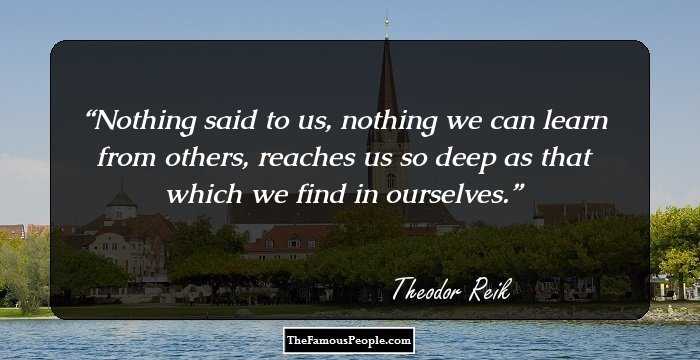 Nothing said to us, nothing we can learn from others, reaches us so deep as that which we find in ourselves. 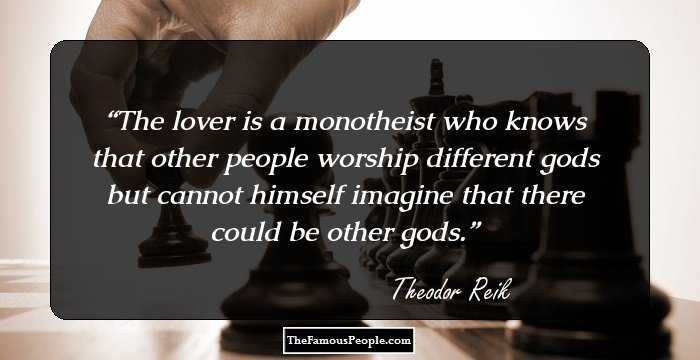 The lover is a monotheist who knows that other people worship different gods but cannot himself imagine that there could be other gods. 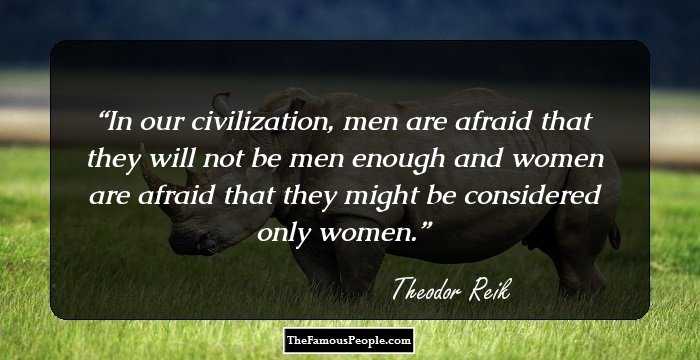 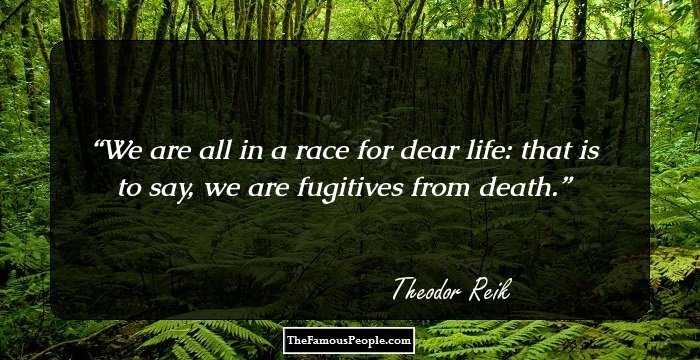 We are all in a race for dear life: that is to say, we are fugitives from death. 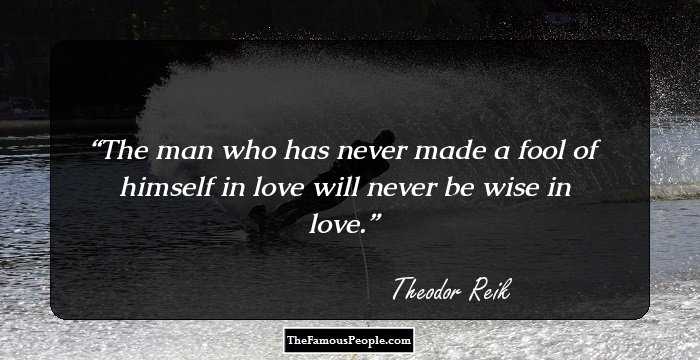 The man who has never made a fool of himself in love will never be wise in love. 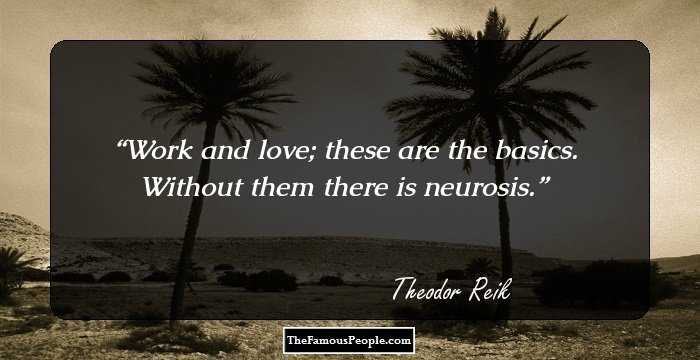 Work and love; these are the basics. Without them there is neurosis. 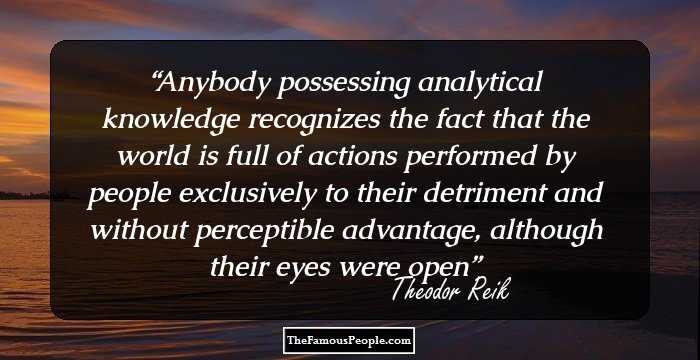 Anybody possessing analytical knowledge recognizes the fact that the world is full of actions performed by people exclusively to their detriment and without perceptible advantage, although their eyes were open