Famous As: Her Album 'Forever Your Girl' was One of The Most Successful Albums in 1988
Born On: June 19, 1962
Born In: San Fernando, California, United States
Founder / Co Founder: AuditionBooth.com
Age: 60 Years
Paula Abdul is a prolific American choreographer who is also a popular singer. As a child, she aspired to enter the limelight as a dancer and mastered various forms of dancing including ballet. Her dance skills helped her to become a cheerleader while appearing on a popular musical. As a cheerleader, her dancing skills were acknowledged and she got her first contract as a choreographer for the music video titled âTortureâ. There her work was appreciated which encouraged her to follow up with various popular videos as a choreographer. Although she worked prolifically as a choreographer but her first share of fame came with her debut pop album titled âForever Your Girlâ. It was certified as âmulti-platinumâ and sold 12 million copies to top the billboard charts. This motivated her to create her next most notable album titled âSpellboundâ which was certified as a âtriple platinumâ and was a huge hit commercially. She further did various albums that lead to her popularity as a singer. She has also served as a judge for some of the most popular reality shows on television. She is one of the very few celebrities to have a huge collection of awards both as a choreographer and singer. We bring to you a compilation of quotations and thoughts by the multi-faceted artist that will sum up her career and her personality. These quotes and thoughts by Paula Abdul will definitely motivate you to be optimistic in life.
Listed In:
Singers
Film & Theater Personalities
Actresses 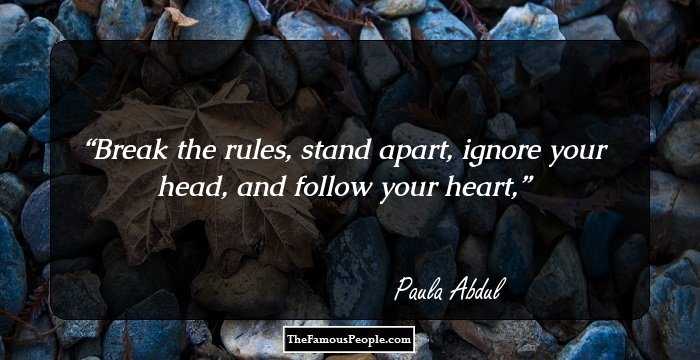 Break the rules, stand apart, ignore your head, and follow your heart, 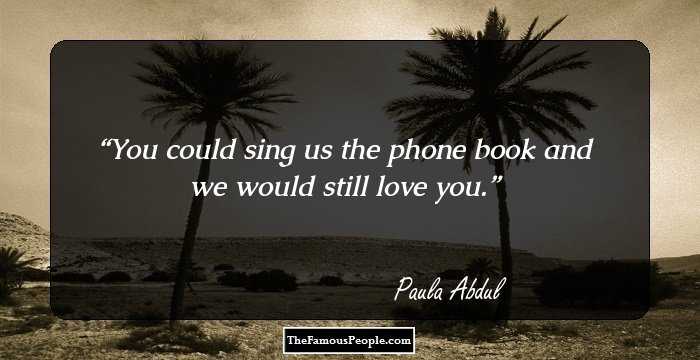 You could sing us the phone book and we would still love you. 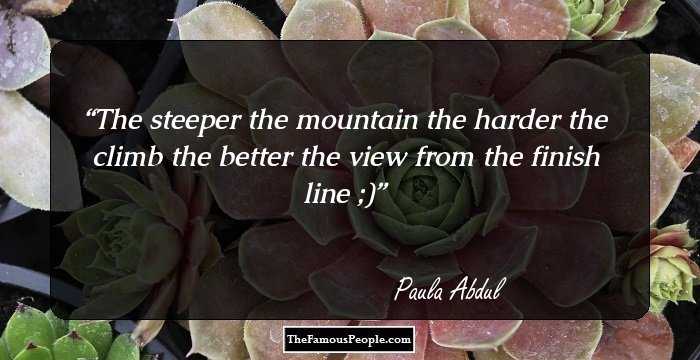 The steeper the mountain the harder the climb the better the view from the finish line ;) 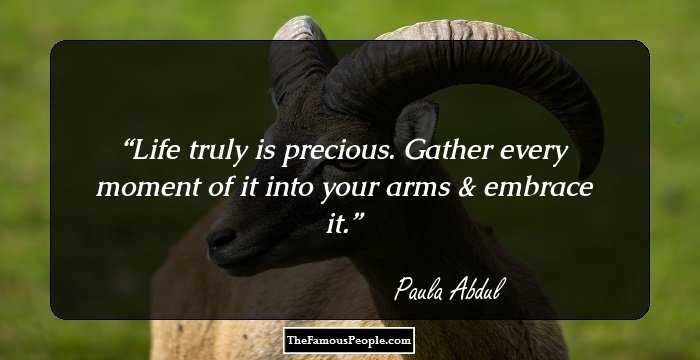 Life truly is precious. Gather every moment of it into your arms & embrace it. 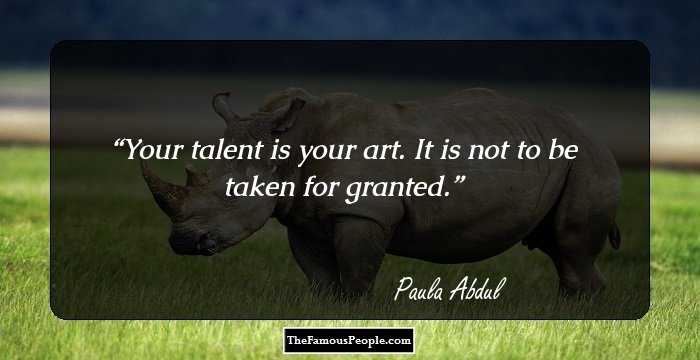 Your talent is your art. It is not to be taken for granted. 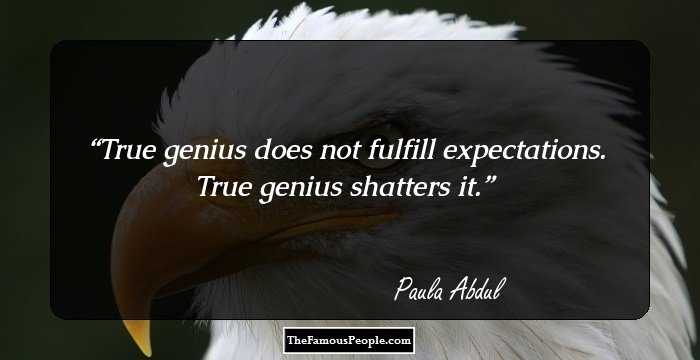 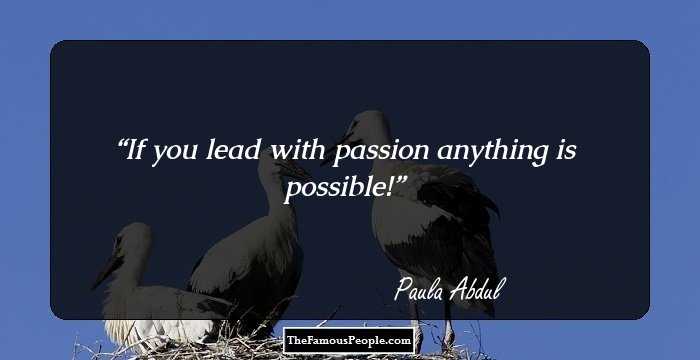 If you lead with passion anything is possible!