Tara Reid is a renowned American actress. She is best-known for appearing in âAmerican Pie,â âAmerican Reunionâ and âAmerican Pie 2,â where she portrayed Vicky. She is also known for playing the role of Bunny Lebowski in the crime comedy film âThe Big Lebowski.â âA Return to Salemâs Lotâ marked her film debut in 1987. Since then she has starred in various films, including âAlone in the Dark,â âUrban Legend,â âMy Bossâs Daughter,â âJosie and the Pussycats,â âVan Wilder,â and âDr. T & the Women,â besides various others. Following is a list of quotes and sayings by Tara Reid which have been curated from the vast sea of her works, thoughts, movies, interviews, public utterances, dialogues, and life. Browse through some inspiring and motivational quotes and thoughts by Tara Reid. 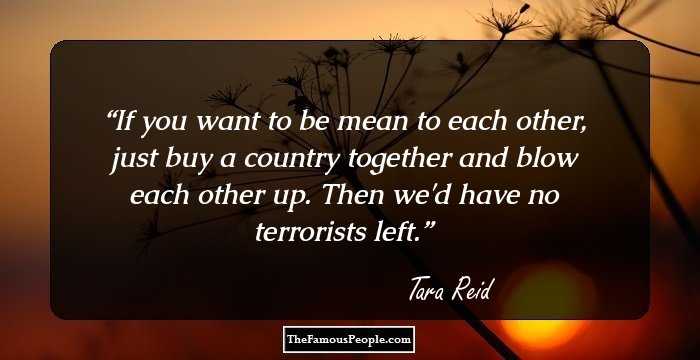 If you want to be mean to each other, just buy a country together and blow each other up. Then we'd have no terrorists left. 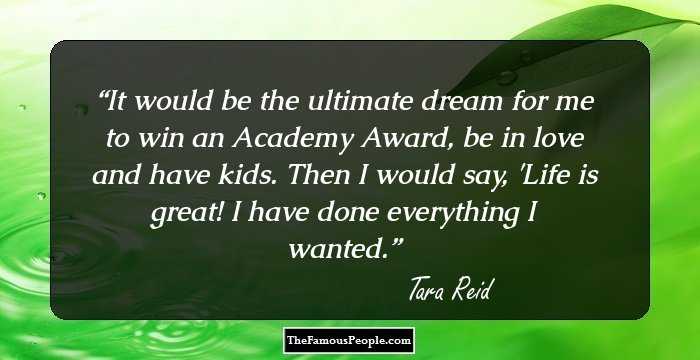 It would be the ultimate dream for me to win an Academy Award, be in love and have kids. Then I would say, 'Life is great! I have done everything I wanted. 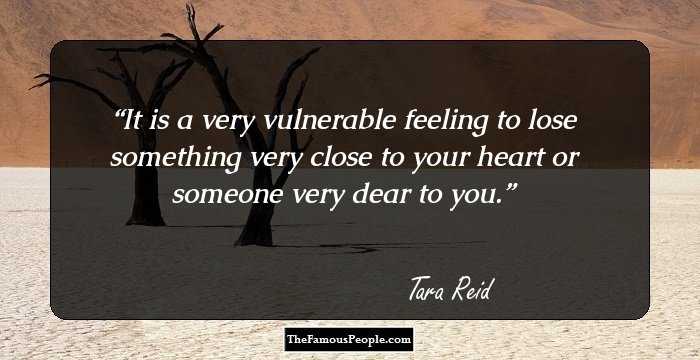 It is a very vulnerable feeling to lose something very close to your heart or someone very dear to you. 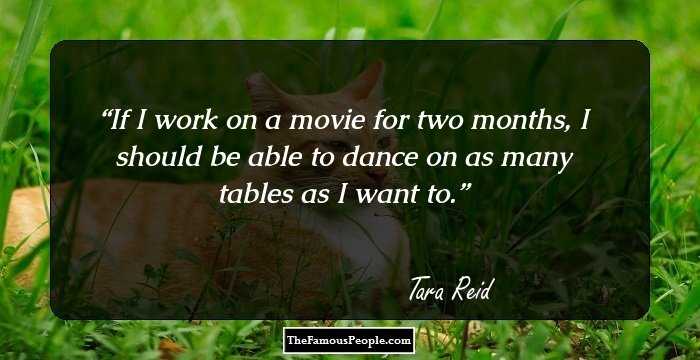 If I work on a movie for two months, I should be able to dance on as many tables as I want to. 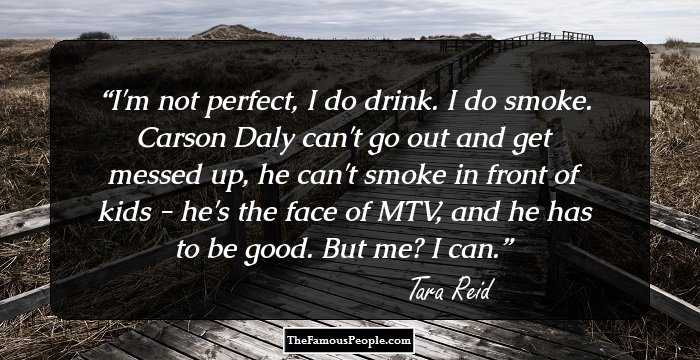 I'm not perfect, I do drink. I do smoke. Carson Daly can't go out and get messed up, he can't smoke in front of kids - he's the face of MTV, and he has to be good. But me? I can. 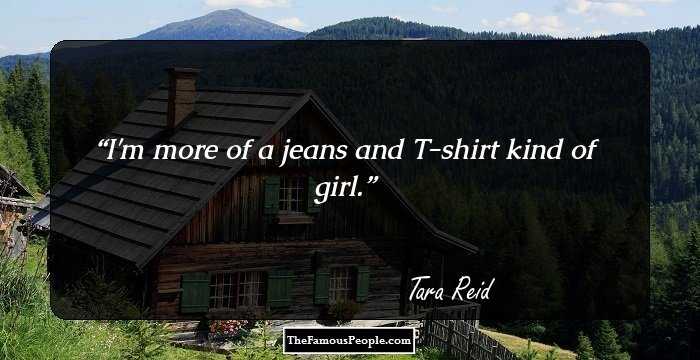 I'm more of a jeans and T-shirt kind of girl. 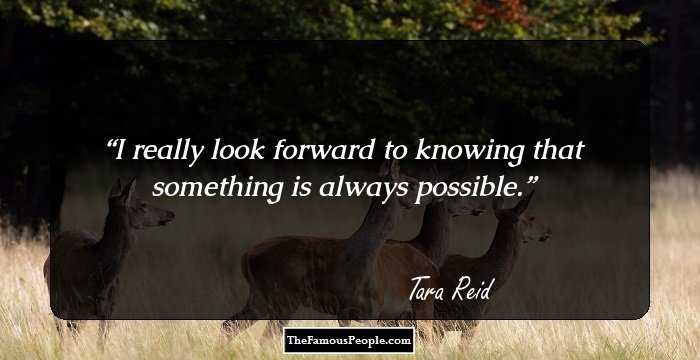 I really look forward to knowing that something is always possible. 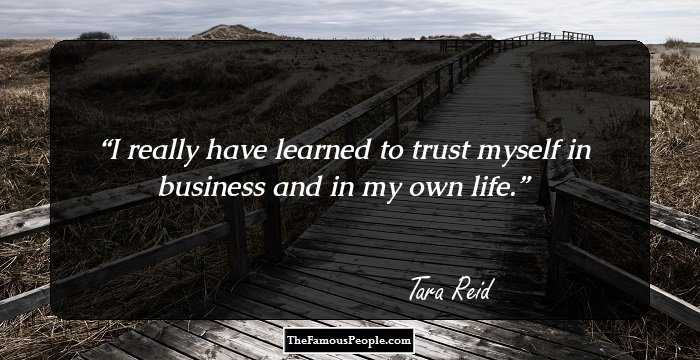 I really have learned to trust myself in business and in my own life. 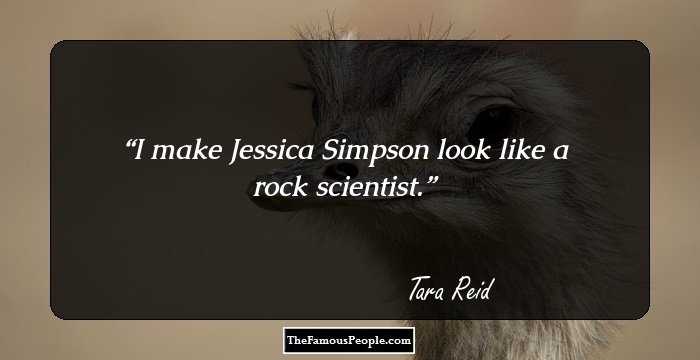 I make Jessica Simpson look like a rock scientist. 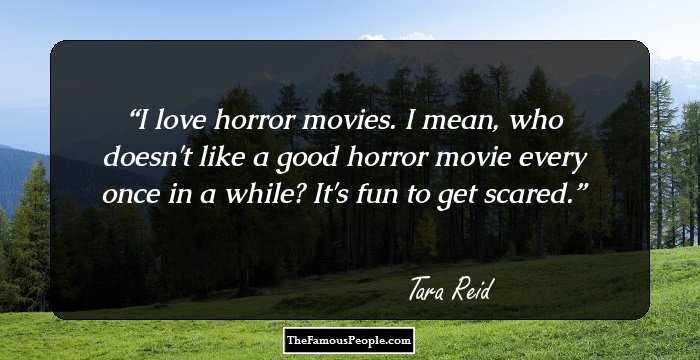 I love horror movies. I mean, who doesn't like a good horror movie every once in a while? It's fun to get scared. 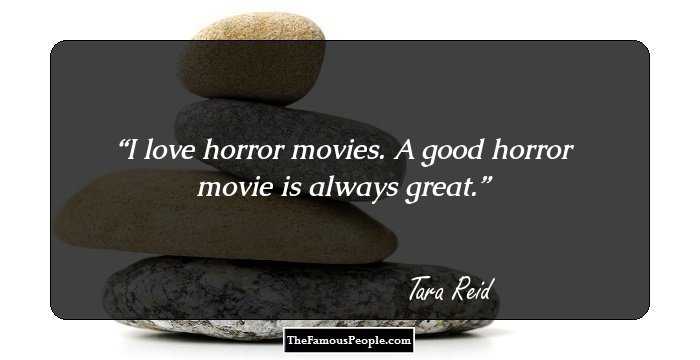 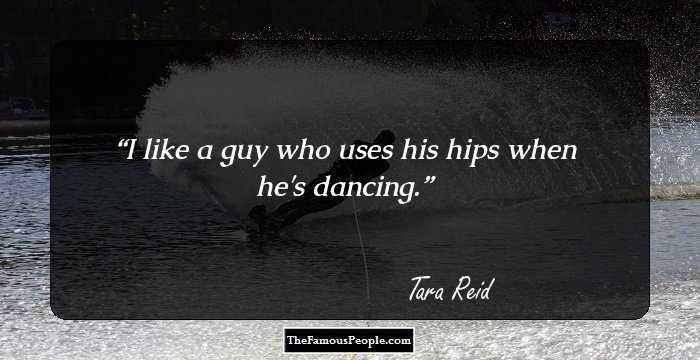 I like a guy who uses his hips when he's dancing. 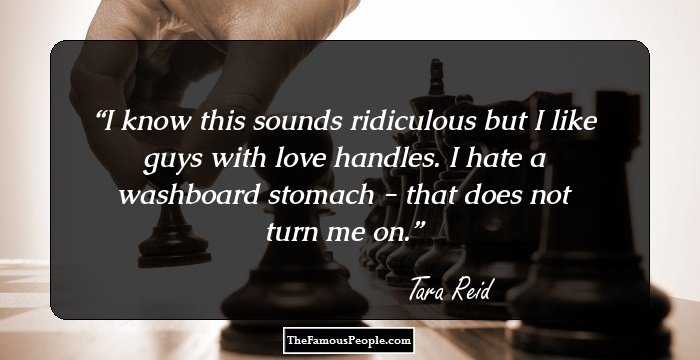 I know this sounds ridiculous but I like guys with love handles. I hate a washboard stomach - that does not turn me on.

I just started making Bloody Marys. I always thought they looked gross, then I tasted one. There's an art to it, from the Tabasco to the Worcestershire. 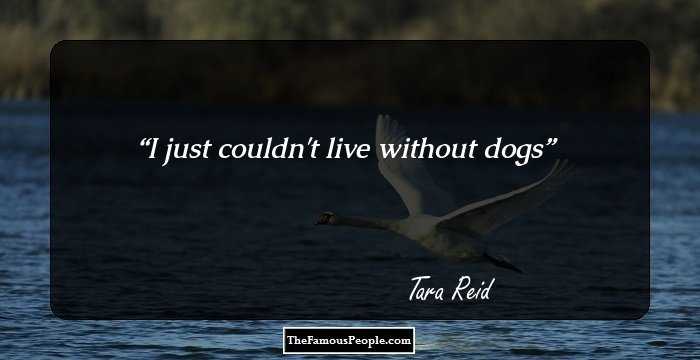 I just couldn't live without dogs 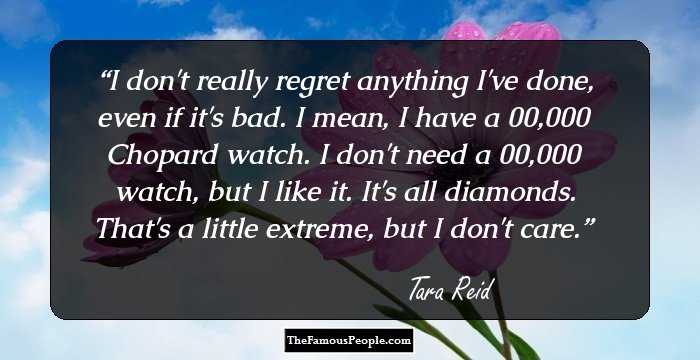 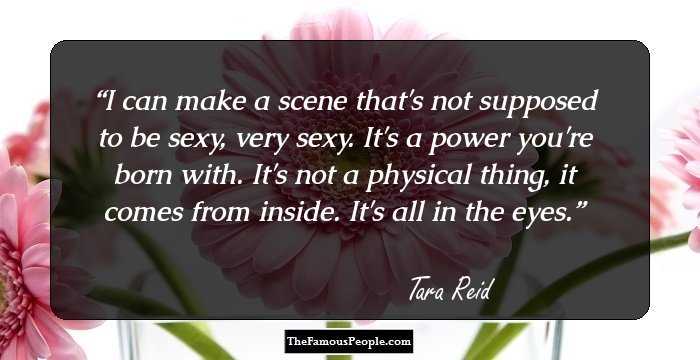 I can make a scene that's not supposed to be sexy, very sexy. It's a power you're born with. It's not a physical thing, it comes from inside. It's all in the eyes. 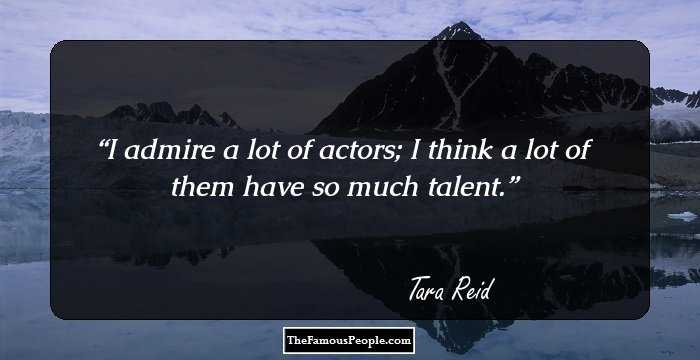 I admire a lot of actors; I think a lot of them have so much talent. 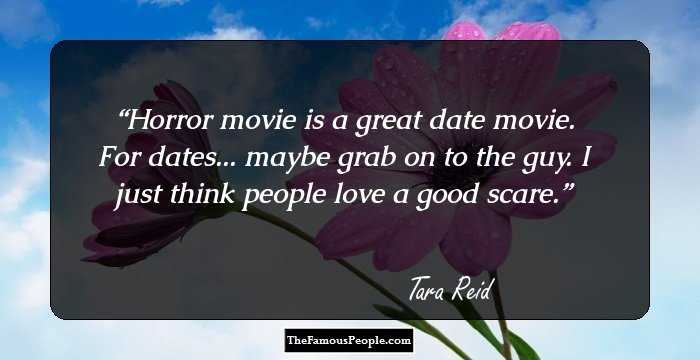 Horror movie is a great date movie. For dates... maybe grab on to the guy. I just think people love a good scare. 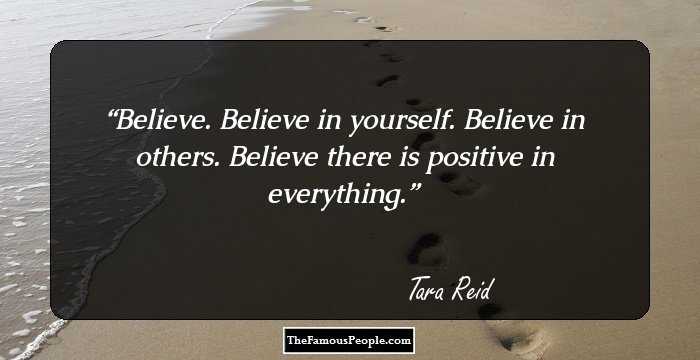 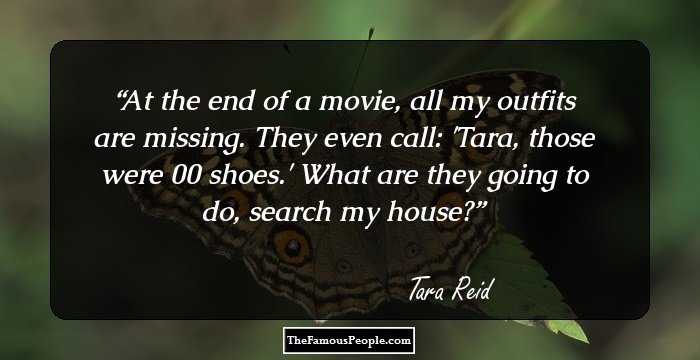 At the end of a movie, all my outfits are missing. They even call: 'Tara, those were $700 shoes.' What are they going to do, search my house?

I have a lot of friends who are infected with HIV, and you wanna protect them... To increase the awareness of it and to find a cure for it, the human lives we would save would be a really awesome thing. You just have to involve yourself as much as you can.

I wish all the mean people, if you want to be mean to each other, just buy a country together and blow each other up. Then we'd have no terrorists left. Like, don't kill innocent people for no reason. It's not fair. We love everybody. We'd even like them if they said they're sorry. It's not fair that innocent people are getting hurt. It makes me sad.

I've done a lot of serious roles, but they're, like, independent, so it's harder for them to come out. The big ones have been comedies, but I would love to get a big drama to let people see the other side of me, that I am a serious actress.