Famous As: Novelist & Poet
Born On: August 24, 1898
Died On: March 27, 1989
Born In: Pennsylvania
Died At Age: 90
Malcolm Cowley was a popular American poet, writer, historian, literary critic, and editor. He is distinguished for âExileâs Return,â his lyrical memoir and âBlue Juniata,â his first poetry book. Cowley was also renowned as a travel scout and influential editor at Viking Press besides being famous as a fellow traveller and chronicler of the 'Lost Generation.' He was applauded and appreciated by his readers for his creative thinking, unique writing style and truthfulness. He is credited to have redefined American literature through his prolific writings, thoughts, and works. We have curated some popular and noteworthy thoughts and quotes by Malcolm Cowley. Let us browse through the thought-provoking sayings and quotations by Malcolm Cowley which have been rounded from his writings, books, thoughts, poems, works and life.
Listed In:
Writers
Poets
Media Personalities 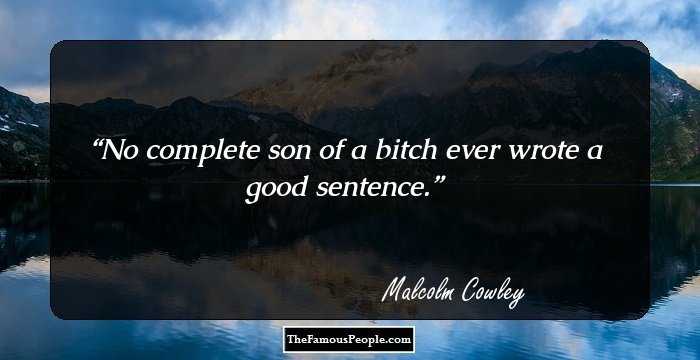 No complete son of a bitch ever wrote a good sentence. 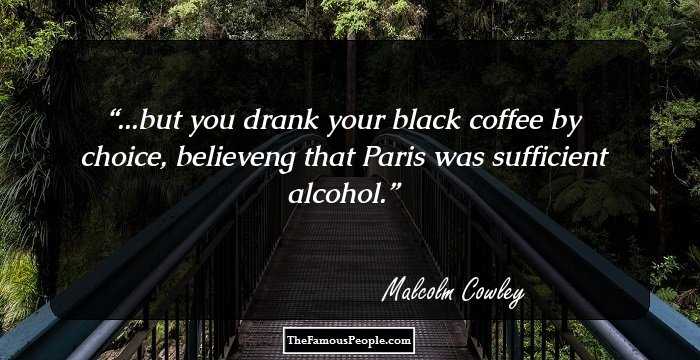 ...but you drank your black coffee by choice, believeng that Paris was sufficient alcohol. 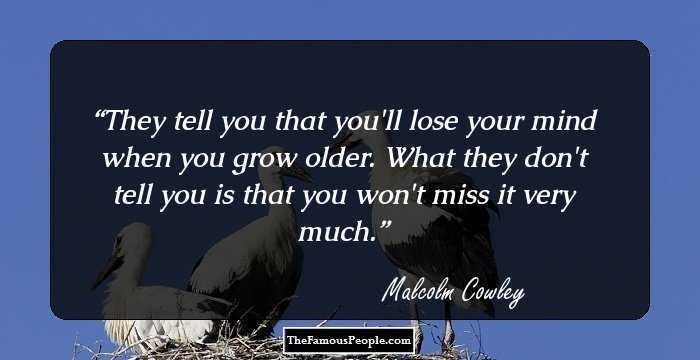 They tell you that you'll lose your mind when you grow older. What they don't tell you is that you won't miss it very much. 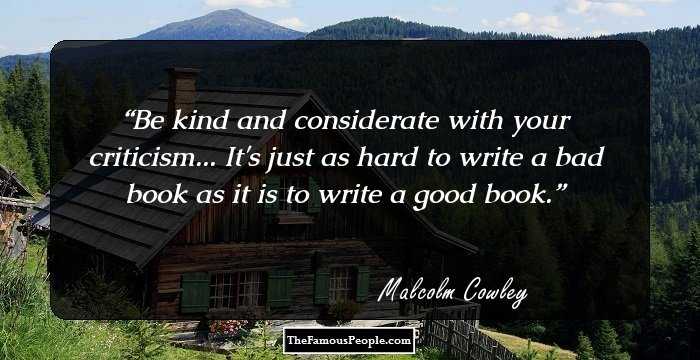 Be kind and considerate with your criticism... It's just as hard to write a bad book as it is to write a good book. 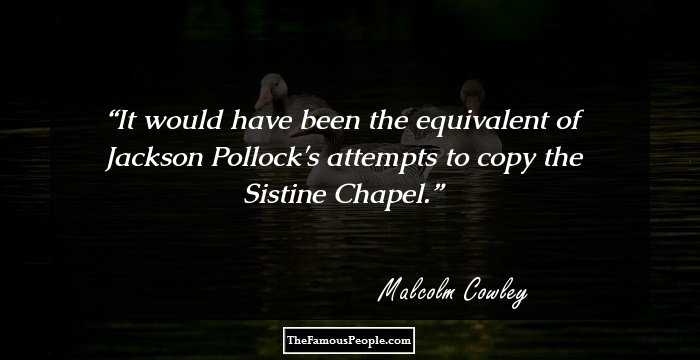 It would have been the equivalent of Jackson Pollock's attempts to copy the Sistine Chapel. 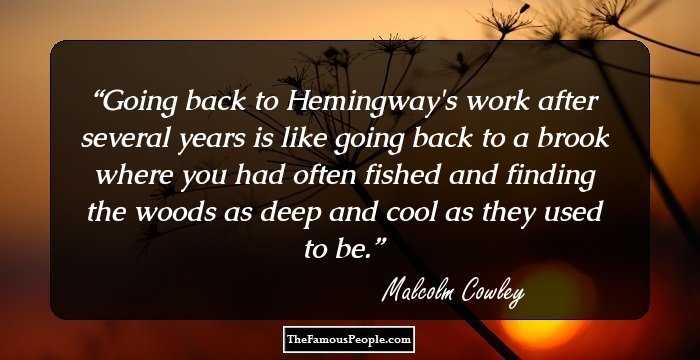 Going back to Hemingway's work after several years is like going back to a brook where you had often fished and finding the woods as deep and cool as they used to be. 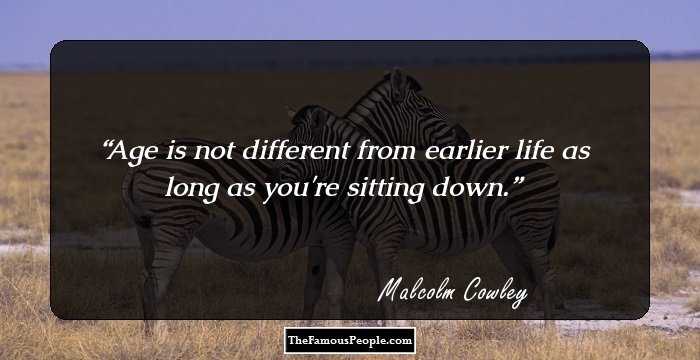 Age is not different from earlier life as long as you're sitting down. 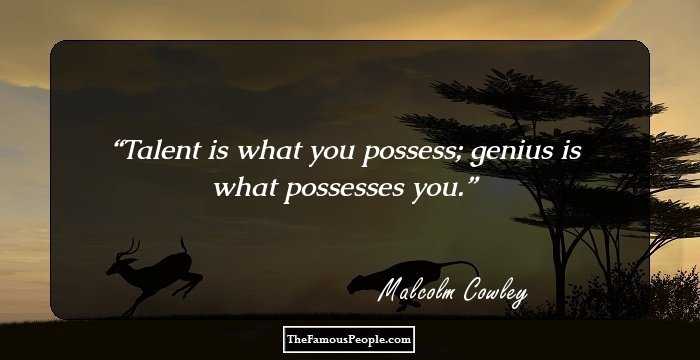 Talent is what you possess; genius is what possesses you. 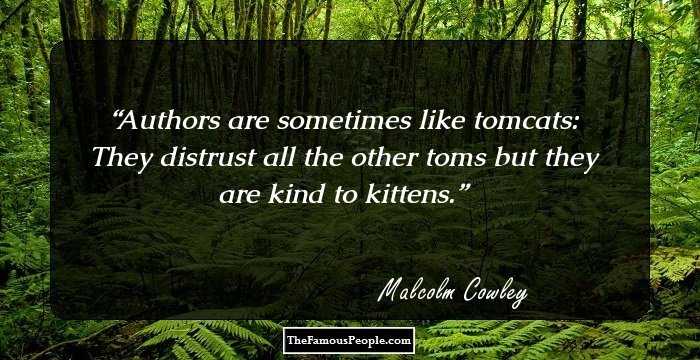 Authors are sometimes like tomcats: They distrust all the other toms but they are kind to kittens.