Famous As: Romantic Poet
Born On: November 3, 1794
Died On: June 12, 1878
Born In: Cummington, Massachusetts
Died At Age: 83
William Cullen Bryant was a legendary 19th century American poet, journalist and editor. He fascinated the masses with his writing skills at an early age of 14 when he published his first best-selling poem titled âThe Embargoâ. After completing law he landed up at a job as an attorney. His work as an attorney rekindled his passion for poetry and wrote the poem âTo a Waterfowlâ. This was followed by the most notable work of his career âThanatopsisâ which delighted the editors of a renowned daily, and it was published as a complete verse. This made him popular and helped him get a job as an Assistant Editor for a daily newspaper. He soon shifted to âNew York Evening Postâ where he eventually became the editor-in-chief. He worked there for the next 30 years during which he expressed his political ideas through it. He also fought for the rights of the workmen which helped him gain a reputation as an activist. He was acknowledged as âAmericaâs leading poetâ after the collection of his poems was published. Go through the quotes and thoughts by the great poet which will definitely enlighten you about life. Presenting a collection of quotations and sayings by William Cullen Bryant on love, romance and life.
Listed In:
Writers
Poets
Media Personalities 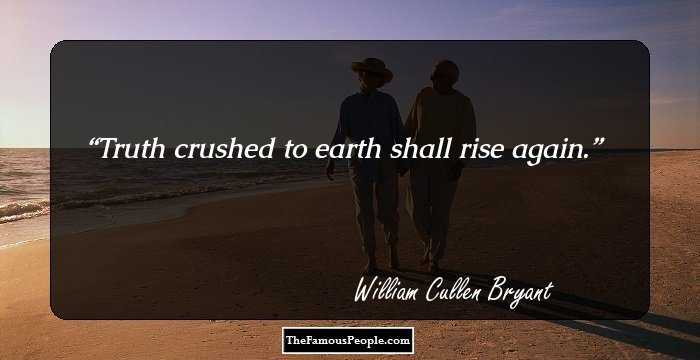 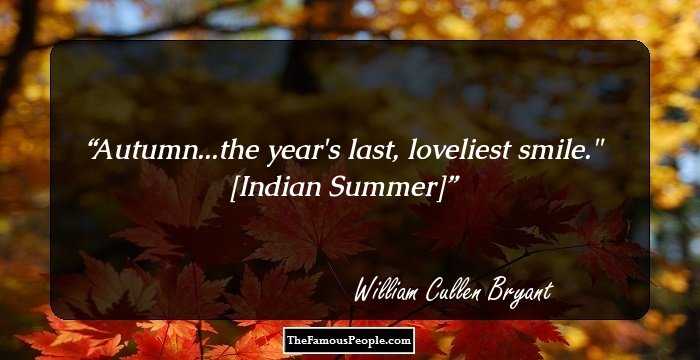 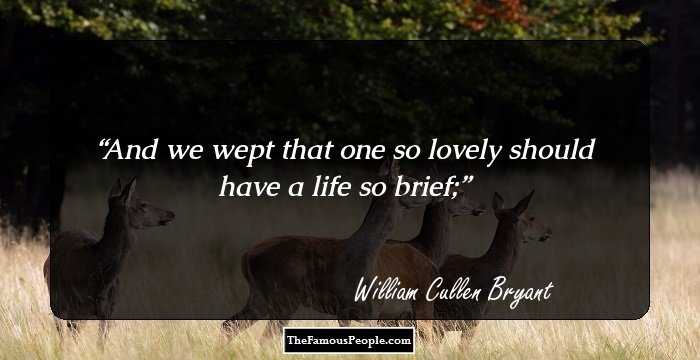 And we wept that one so lovely should have a life so brief; 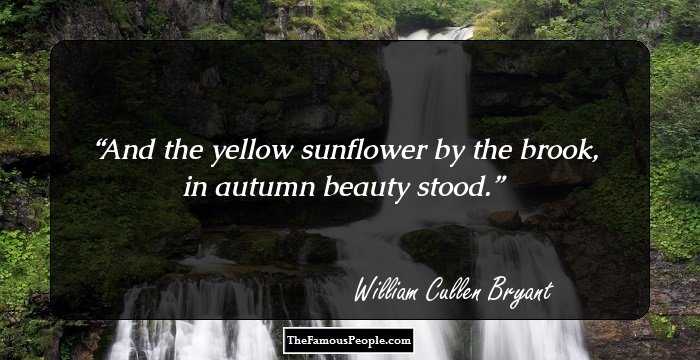 And the yellow sunflower by the brook, in autumn beauty stood. 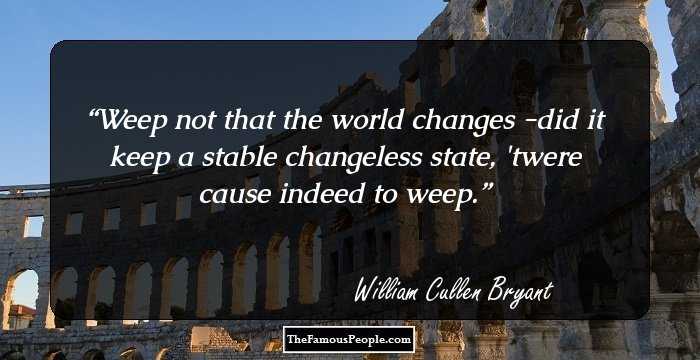 Weep not that the world changes -did it keep a stable changeless state, 'twere cause indeed to weep. 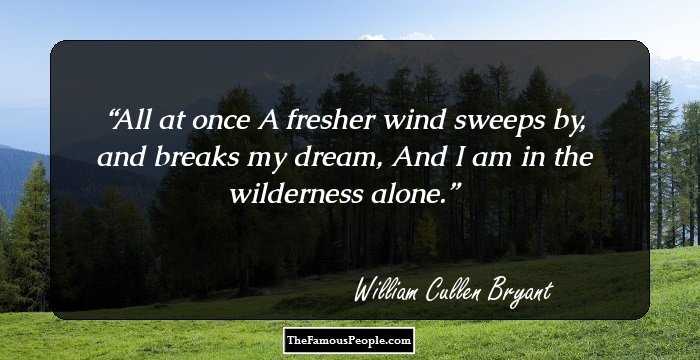 All at once A fresher wind sweeps by, and breaks my dream, And I am in the wilderness alone. 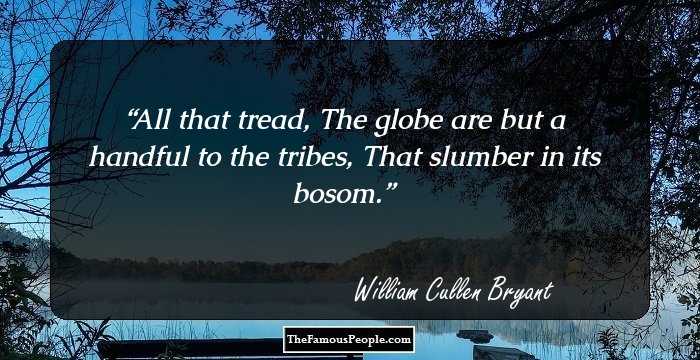 All that tread, The globe are but a handful to the tribes, That slumber in its bosom. 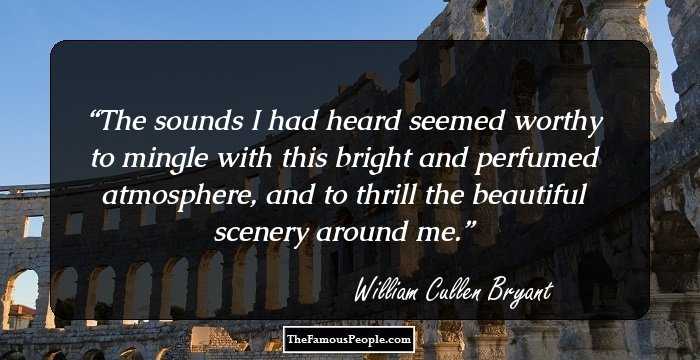 The sounds I had heard seemed worthy to mingle with this bright and perfumed atmosphere, and to thrill the beautiful scenery around me.

Me Beautiful I
William Cullen Bryant 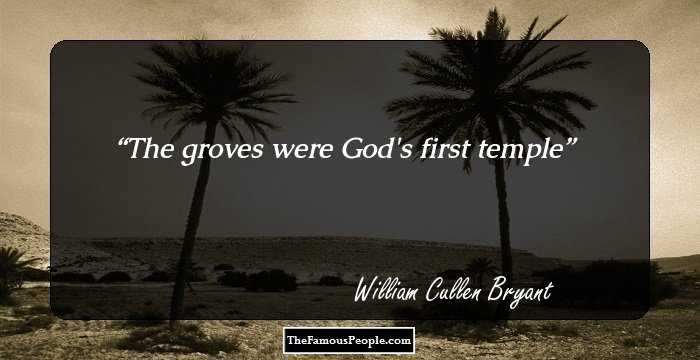 The groves were God's first temple

94 Inspirational Quotes By Gertrude Stein, The Author of Fernhurst