Famous As: Journalist, Poet, Playwright, Literary critic, Essayist, Social critic, Writer
Born On: May 8, 1895
Died On: June 12, 1972
Born In: Red Bank
Died At Age: 77
Edmund Wilson was a renowned essayist, writer and critic. He was counted among the best journalists of America. He was interested in writing since an early age and served as an editor for his school magazine. After completing his graduation he started his professional career as a reporter for the âNew York Sunâ. He served as an editor and a book reviewer for some renowned newspapers and magazines. These assignments helped him gain fame and respect. He published various poems and novels but he was respected for being a literary critic. His most appreciated work was âTo the Finland Stationâ where he described the course of European Socialism. His next notable book was âAxles Castleâ that described Symbolism and covered various renowned authors including âW. B. Yeatsâ and âT. S. Eliotâ. His works are believed to be influenced by Freud and Marx which reflected in some of his early works. He also earned controversy for negatively criticizing âJ. R. R. Tolkien'sâ book âThe Lord of the Ringsâ. We bring to you a treasure trove of thoughts and quotes by him which have been scanned from the vast sea of his work. Read on the compilation of sayings and quotations by Edmund Wilson.
Listed In:
Writers
Poets
Media Personalities 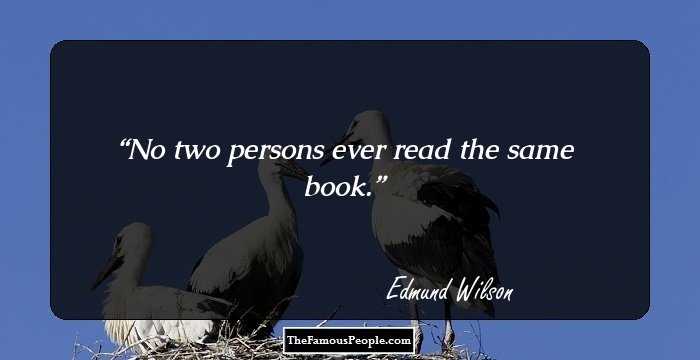 No two persons ever read the same book. 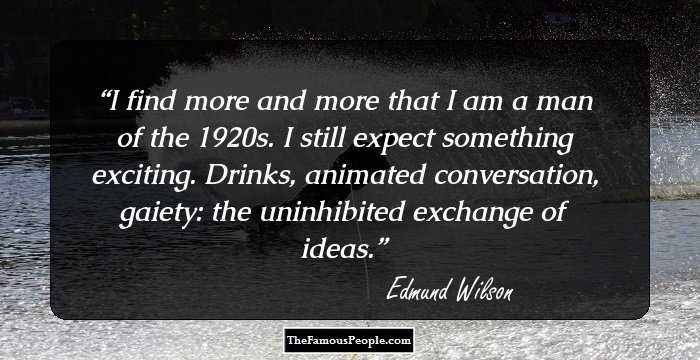 I find more and more that I am a man of the 1920s. I still expect something exciting. Drinks, animated conversation, gaiety: the uninhibited exchange of ideas. 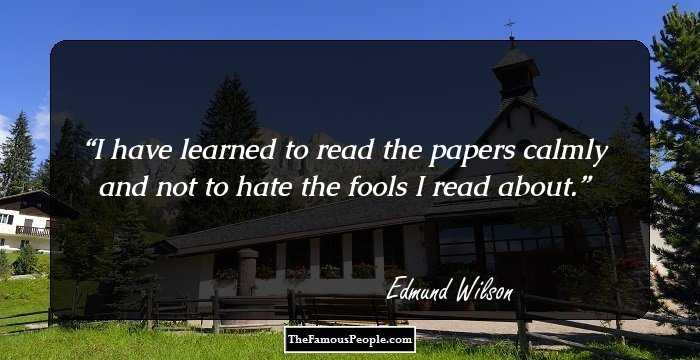 I have learned to read the papers calmly and not to hate the fools I read about. 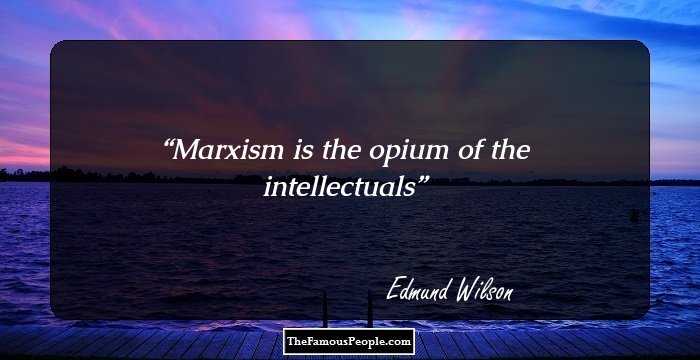 Marxism is the opium of the intellectuals 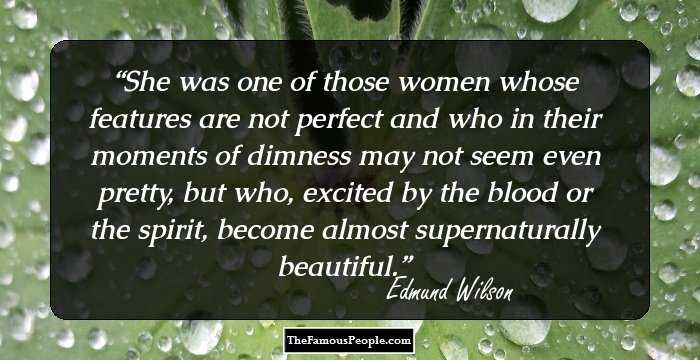 She was one of those women whose features are not perfect and who in their moments of dimness may not seem even pretty, but who, excited by the blood or the spirit, become almost supernaturally beautiful. 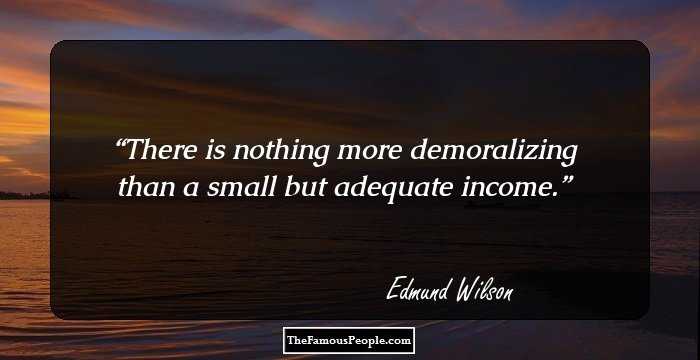 There is nothing more demoralizing than a small but adequate income. 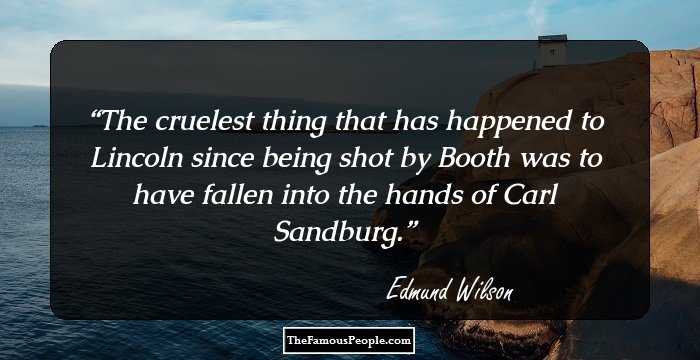 The cruelest thing that has happened to Lincoln since being shot by Booth was to have fallen into the hands of Carl Sandburg. 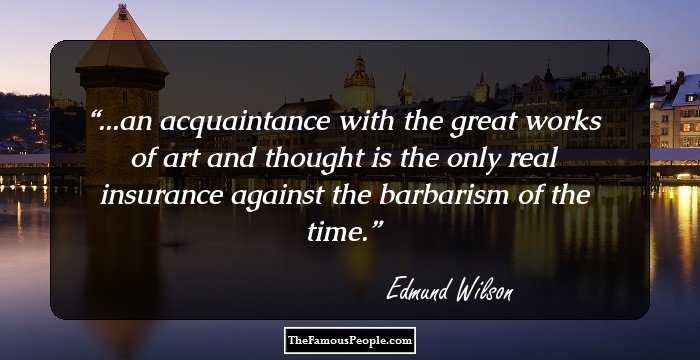 ...an acquaintance with the great works of art and thought is the only real insurance against the barbarism of the time. 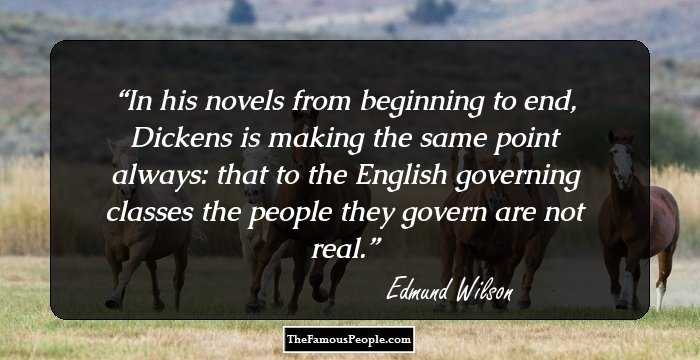 In his novels from beginning to end, Dickens is making the same point always: that to the English governing classes the people they govern are not real. 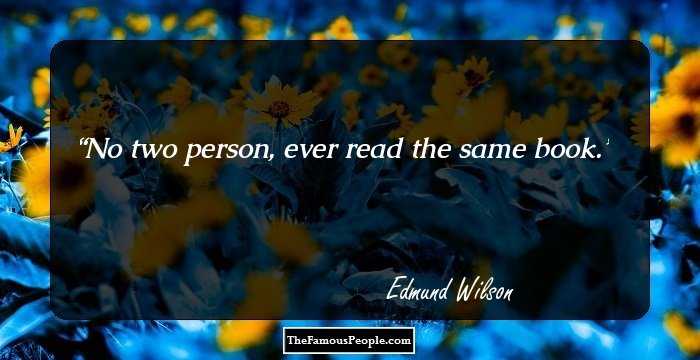 No two person, ever read the same book. 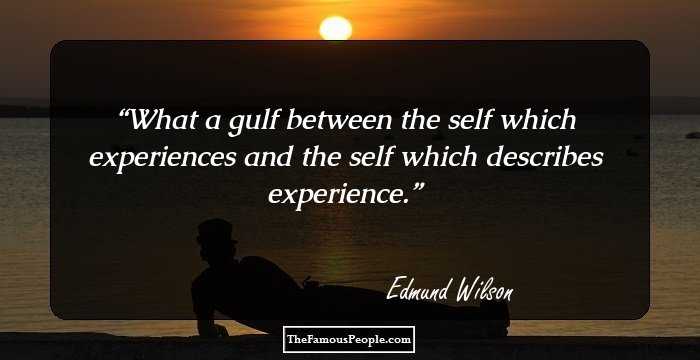 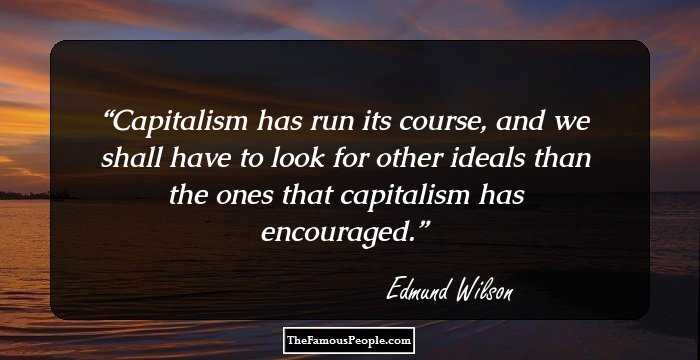 Capitalism has run its course, and we shall have to look for other ideals than the ones that capitalism has encouraged. 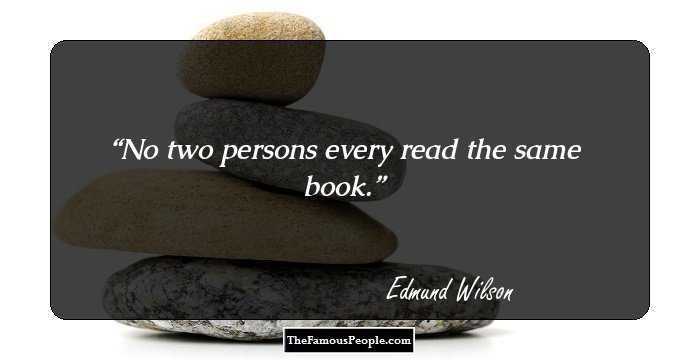 No two persons every read the same book.