Famous As: Writer Best Known for His Hard Science Fiction Novels and Professor of Biochemistry
Born On: January 2, 1920
Died On: April 6, 1992
Born In: Petrovichi, Russia
Founder / Co Founder: Committee for the Scientific Investigation of Claims of the Paranormal (CSICOP)
Died At Age: 72
Isaac Asimov was a prolific American writer and a biochemistry professor at âBoston Universityâ. He is renowned for his thoughts, views, books and works on popular science and science fiction. He edited approximately 90,000 postcards and letters. Asimov also wrote and edited around 500 books. Asimov was considered one of the âBig Threeâ sci-fi writers of his time. He also wrote fantasy and mysteries as well as non-fiction. Some of his famous books and novels include âFoundation Seriesâ, âRobot Seriesâ, âGalactic Empire Seriesâ, âNightfallâ, âLucky Starr Seriesâ amongst many others. We have created a corpus of quotes and sayings by Isaac Asimov on communication, computers, humanity, peaceful, science, violence, anger, inspirational, problems, fiction, delight, change, decision, education etc and are till date quoted extensively. Zoom through the quotations and sayings by Isaac Asimov which has been curated from his writings, thoughts, novels, books, letters, work and life.
Listed In:
Scientists
Writers
Quotes by Famous People 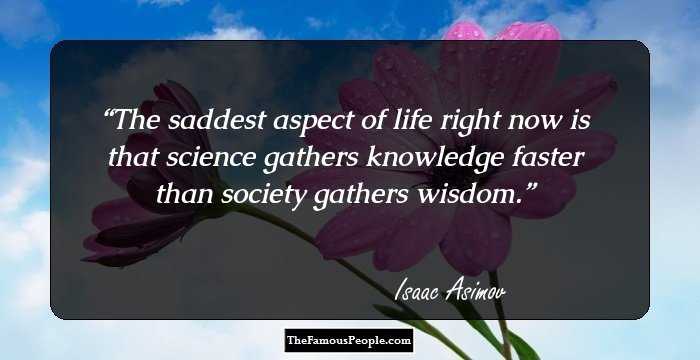 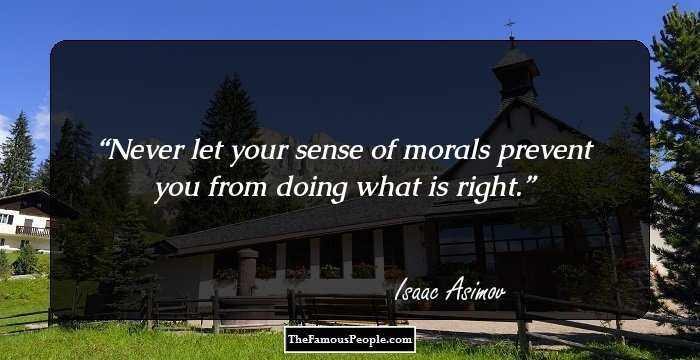 Never let your sense of morals prevent you from doing what is right. 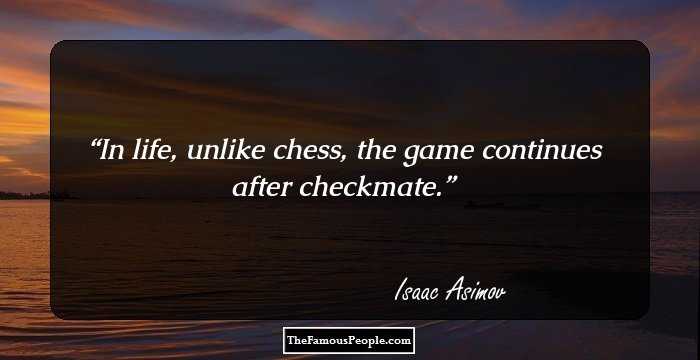 In life, unlike chess, the game continues after checkmate. 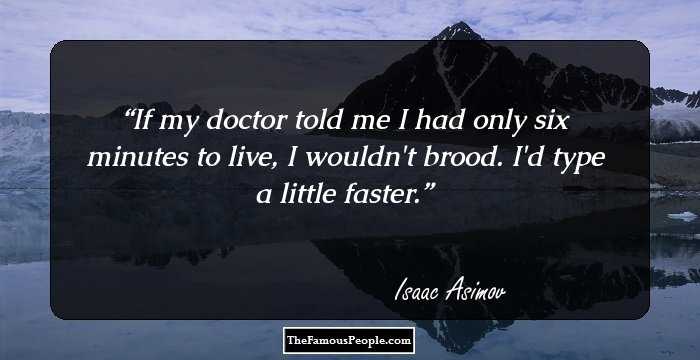 If my doctor told me I had only six minutes to live, I wouldn't brood. I'd type a little faster.

Me I
Isaac Asimov 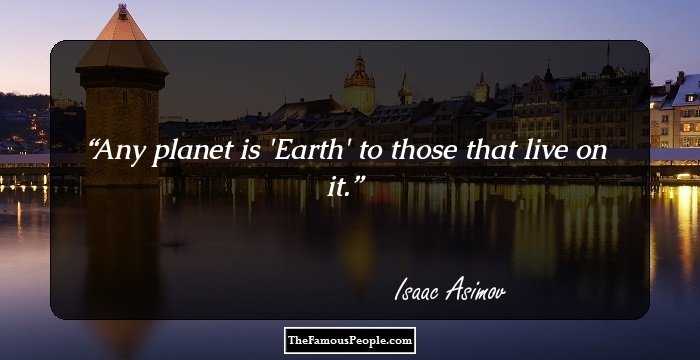 Any planet is 'Earth' to those that live on it. 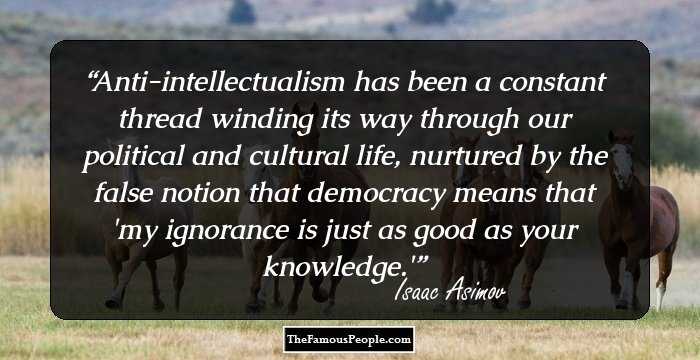 Anti-intellectualism has been a constant thread winding its way through our political and cultural life, nurtured by the false notion that democracy means that 'my ignorance is just as good as your knowledge.' 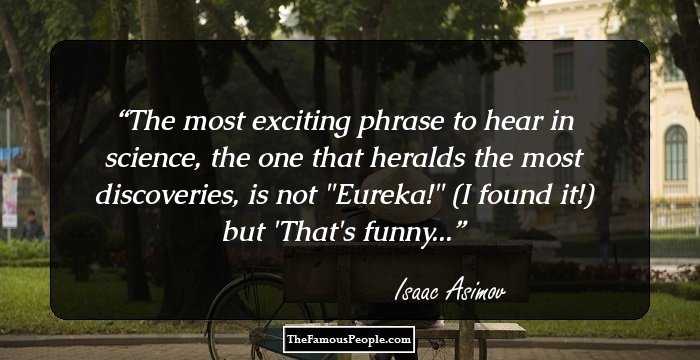 The most exciting phrase to hear in science, the one that heralds the most discoveries, is not "Eureka!" (I found it!) but 'That's funny... 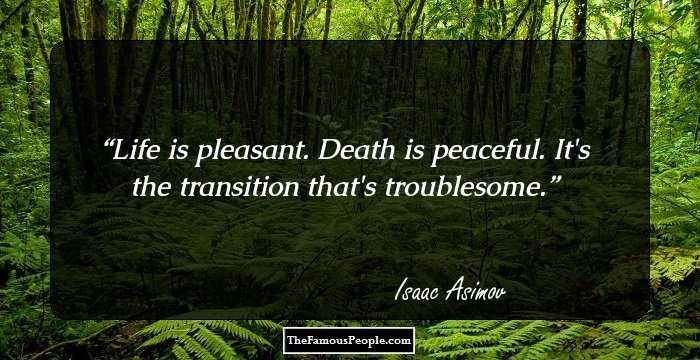 Life is pleasant. Death is peaceful. It's the transition that's troublesome. 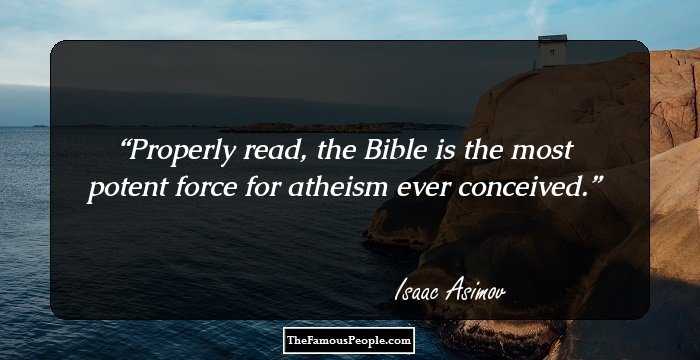 Properly read, the Bible is the most potent force for atheism ever conceived. 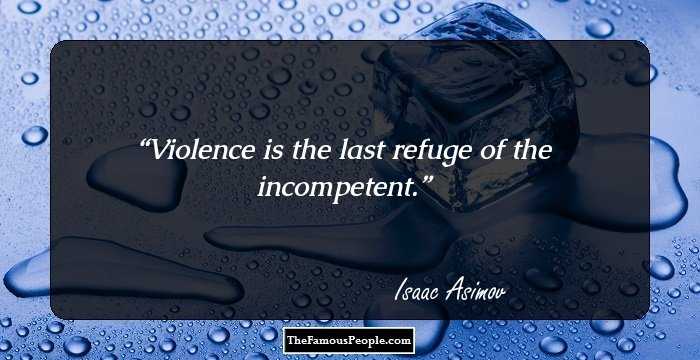 Violence is the last refuge of the incompetent. 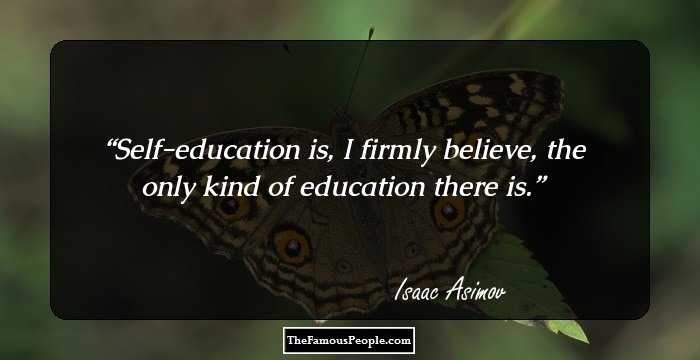 Self-education is, I firmly believe, the only kind of education there is. 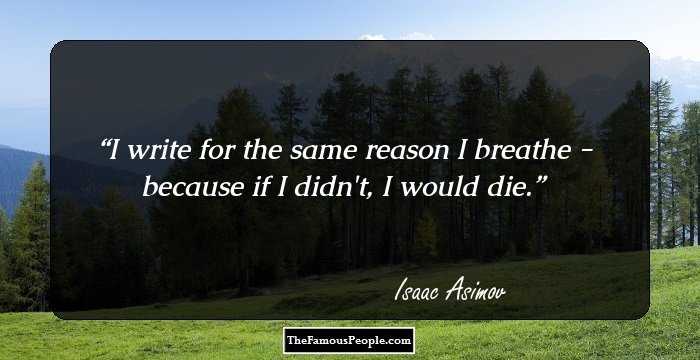 I write for the same reason I breathe - because if I didn't, I would die. 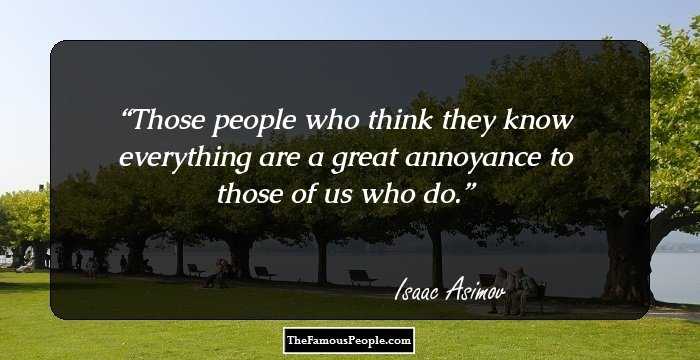 Those people who think they know everything are a great annoyance to those of us who do. 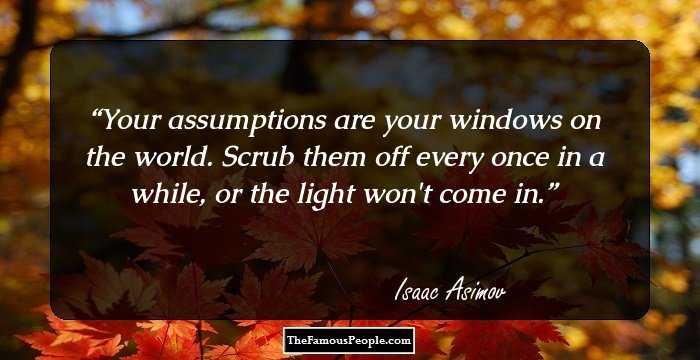 Your assumptions are your windows on the world. Scrub them off every once in a while, or the light won't come in. 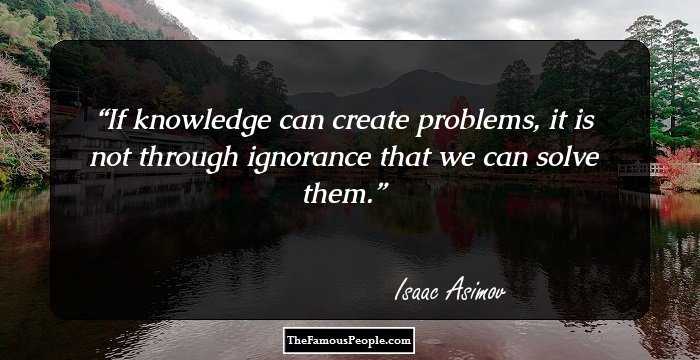 If knowledge can create problems, it is not through ignorance that we can solve them. 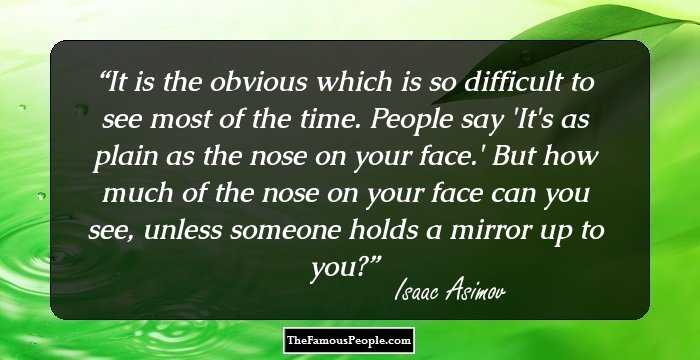 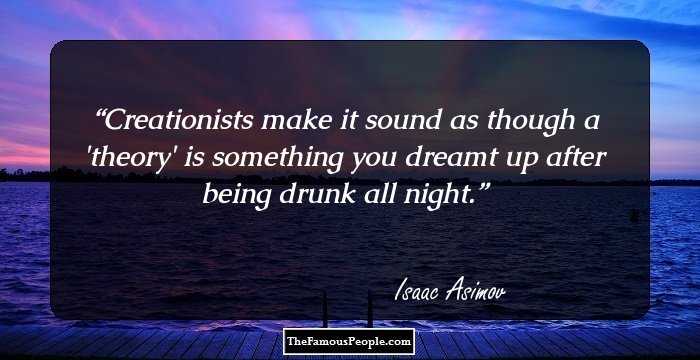 Creationists make it sound as though a 'theory' is something you dreamt up after being drunk all night. 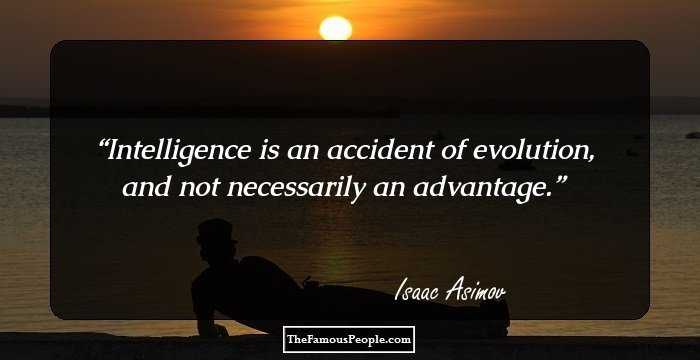 Intelligence is an accident of evolution, and not necessarily an advantage. 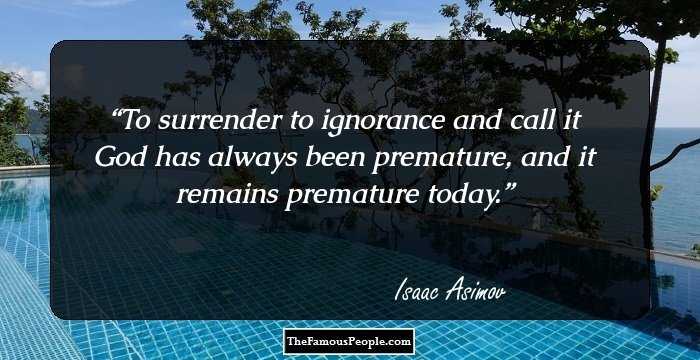 To surrender to ignorance and call it God has always been premature, and it remains premature today. 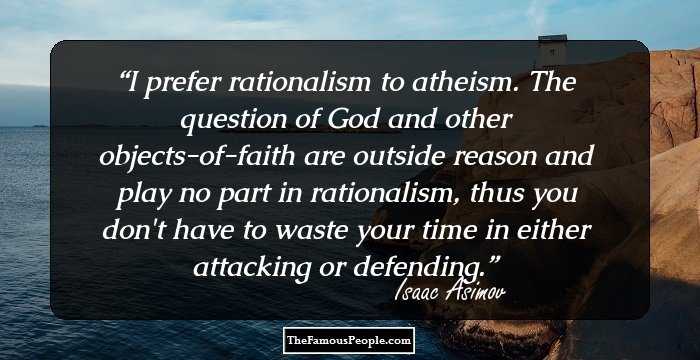 I prefer rationalism to atheism. The question of God and other objects-of-faith are outside reason and play no part in rationalism, thus you don't have to waste your time in either attacking or defending.

You God Time I
Isaac Asimov 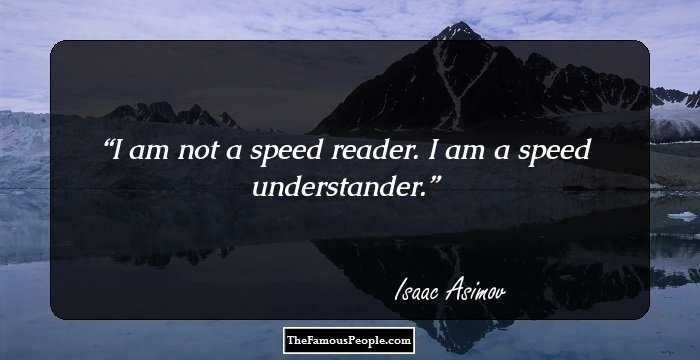 I am not a speed reader. I am a speed understander. 100 Best Quotes by F. Scott Fitzgerald, The Author of The Great Gatsby