Famous As: Ice Hockey Coach, Player
Born On: August 5, 1937
Died On: August 11, 2003
Born In: Saint Paul, MN, US
Died At Age: 66
Herb Brooks was an acclaimed American Ice Hockey player and a prolific coach. He was interested in hockey since an early age and was a known player during his college days. He was then selected in the national team and played for two seasons but was unable to win a medal. He moved on to pursue a career as a coach and started off at the University of Minnesota. He successfully guided the team towards three NCAA divisions and a WCHA title. At the end of his 5-year long term as a coach for the college, he had a good record of 175 wins. This performance enhanced his reputation and he was appointed as the coach of the âU.S Olympic Teamâ. There he focused on the fitness and created a hybrid of American and Canadian players increasing their strength against the dominating âSoviet Union Teamâ. His team defeated the six-time champion âSoviet Union Teamâ in the game popularly called as âMiracle on Iceâ. After this phenomenal win, he went on to coach various teams including âNew York Rangersâ to architect various victories. His significant contributions to ice hockey have been honored with various awards including one of the most prestigious âLester Patrick Awardsâ. His thoughts, work and life also inspired the players and the locker room speech transcript suggest how his words pulled off the coup in sports history. Go through the quotes and thoughts by Herb Brooks which reflect his truly optimistic mind.
Listed In:
Sportspersons 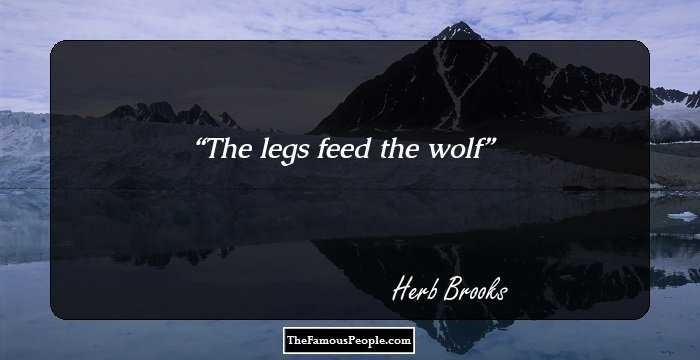 The legs feed the wolf 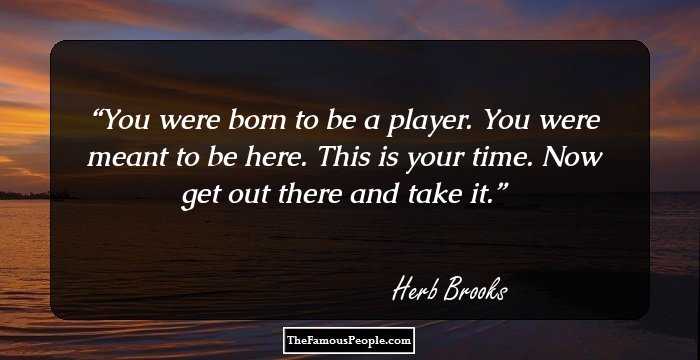 You were born to be a player. You were meant to be here. This is your time. Now get out there and take it. 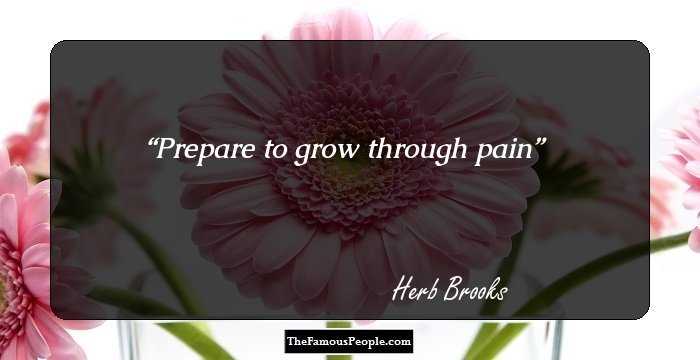 Prepare to grow through pain 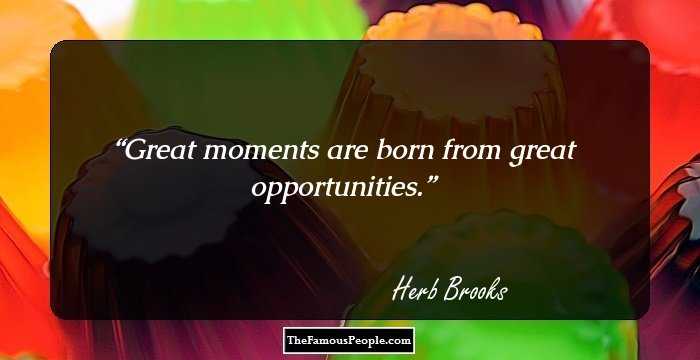 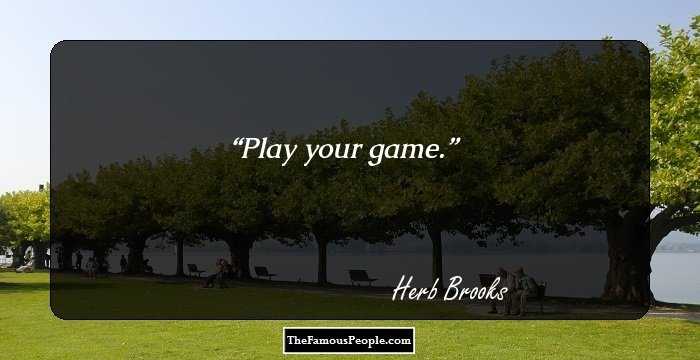 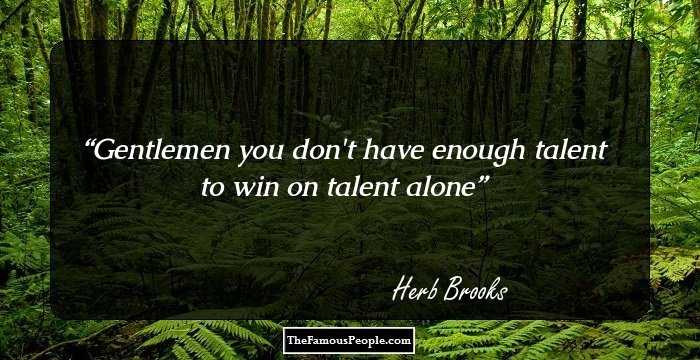 Gentlemen you don't have enough talent to win on talent alone 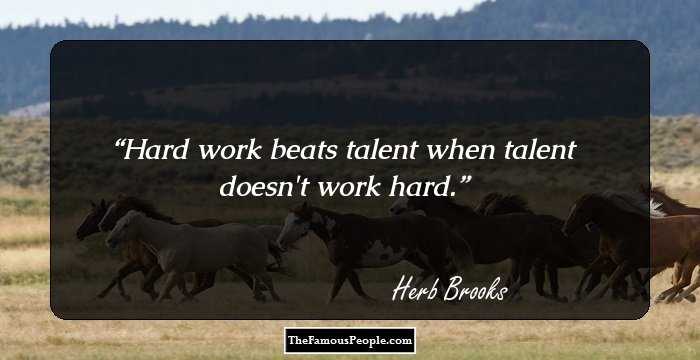