John F. Kennedy Jr. was an eminent American lawyer, magazine publisher and journalist. He was the son of John F. Kennedy, the â35th President of the United States.â He worked as a New York City assistant district attorney for a few years. He launched âGeorge Magazineâ and used his celebrity and political status to publicise it. He was a subject of media scrutiny from his childhood years at the White House and later became a distinguished personality in Manhattan. We have rounded some popular sayings by John F. Kennedy Jr. on country, change, military, courage, greatness, mother, father, politics, life, responsibility, future, success, etc. 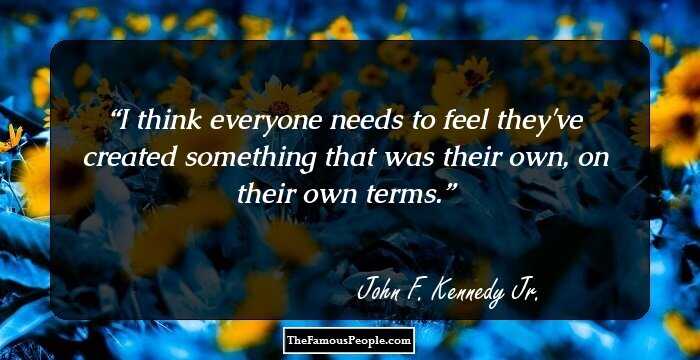 I think everyone needs to feel they've created something that was their own, on their own terms. 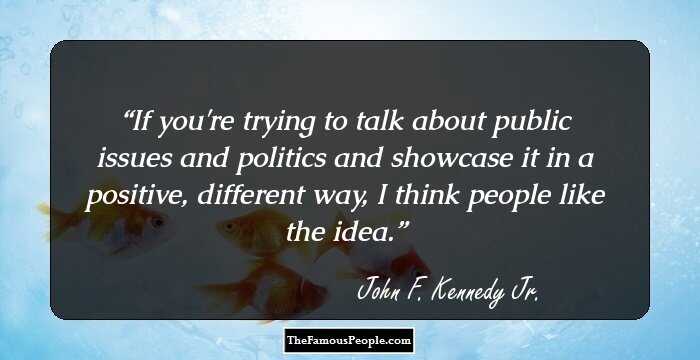 If you're trying to talk about public issues and politics and showcase it in a positive, different way, I think people like the idea. 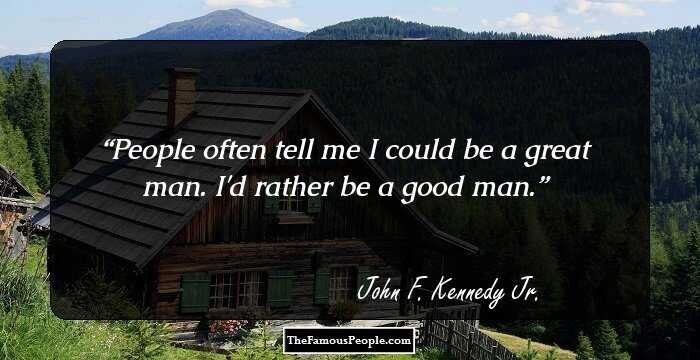 People often tell me I could be a great man. I'd rather be a good man. 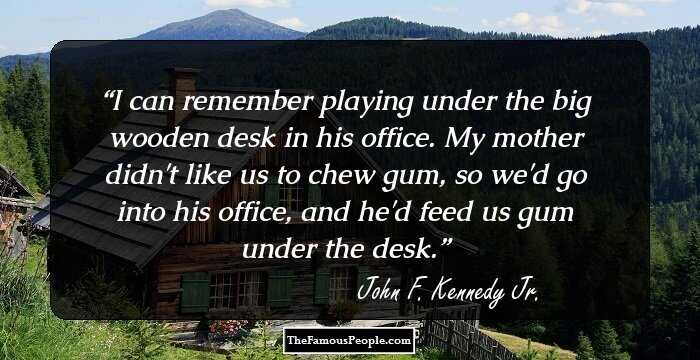 I can remember playing under the big wooden desk in his office. My mother didn't like us to chew gum, so we'd go into his office, and he'd feed us gum under the desk.

Once you run for office, you're in it - sort of like going into the military. You'd better be damned sure it is what you want to do and that the rest of your life is set up to accommodate that. It takes a certain toll on your personality and on your family life. I've seen it personally. 9 J. Edgar Hoover Quotes That Prove He Was A Brainbox