6 Famous Eric Idle Quotes With A Pinch Of Humor

Famous As: Comedian
Born On: March 29, 1943
Born In: South Shields
Age: 79 Years
Eric Idle is an acclaimed English entertainer, comedian, actor, author and composer. He studied English at the University of Cambridge where he gained popularity as an entertainer. He started off his career by writing comedy sketches which were well appreciated by the masses. He further collaborated with his college mates to form the first most notable sketch of his career titled âMonty Pythonâs Flying Circusâ. This encouraged him to write more successful sketches for this newly formed comedy group. Although, these sketches were written in obsessive language but it had the ability of knitting completely different characters in one thread. After the group disbanded he started off his solo career as a radio host for BBC. He also proved his mettle on television by creating the popular âRutland Weekend Televisionâ show. Thereafter, he tried his hands in production and produced a mocking documentary titled âAll You Need is Cashâ collaborating with his former band mates and SNL colleagues. He continues to fascinate the masses with his work, writings, books and thoughts. Read on the quotes and sayings by Eric Idle which aim to teach a few important lessons of life in a humorous way.
Listed In:
Actors
Writers
Musicians
Singers
Film & Theater Personalities
Comedians 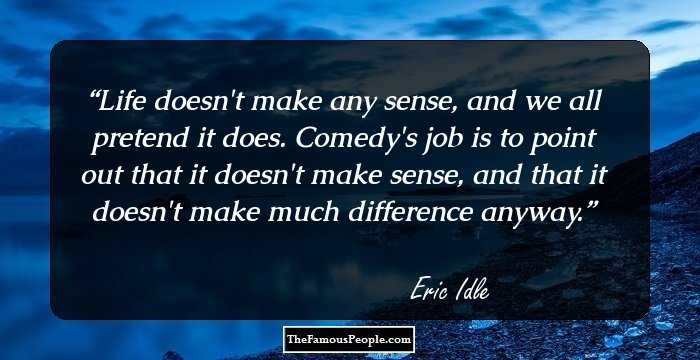 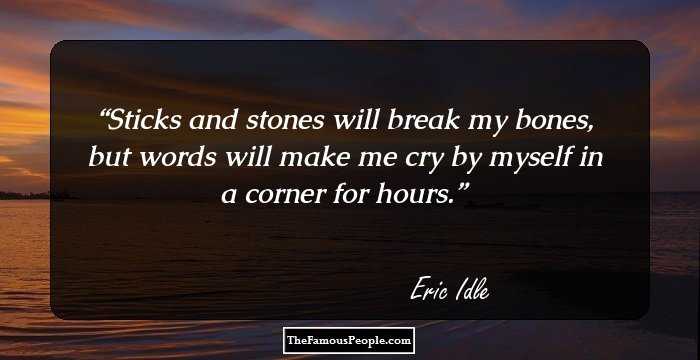 Sticks and stones will break my bones, but words will make me cry by myself in a corner for hours.

Me Will
Eric Idle 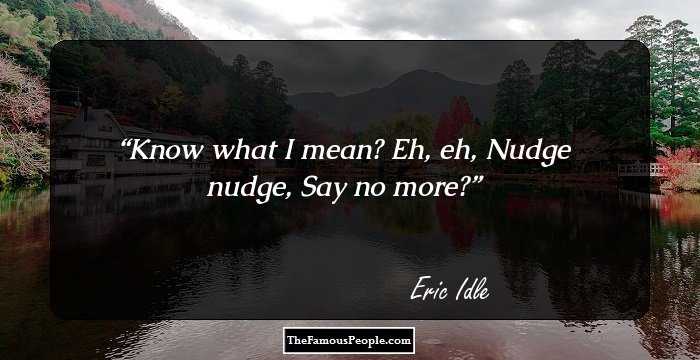 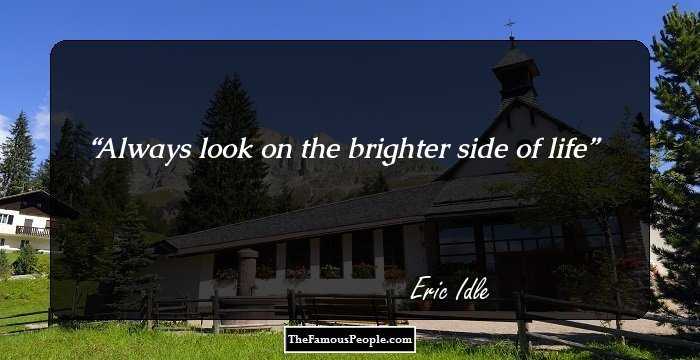 Always look on the brighter side of life 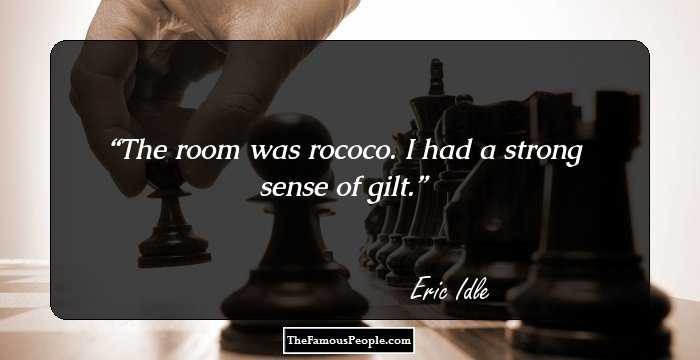 The room was rococo. I had a strong sense of gilt. 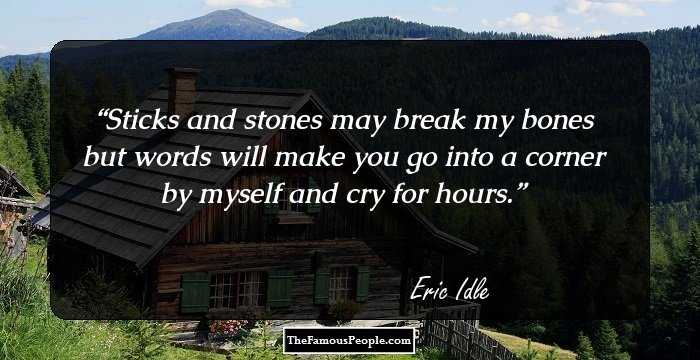 Sticks and stones may break my bones but words will make you go into a corner by myself and cry for hours.

You Will
Eric Idle