5 Insightful Quotes By Cliff Curtis That Will Bowl You Over

Cliff Curtis is a New Zealand actor. He earned the Asia Pacific Screen Award for his role in âThe Dark Horse.â Some of his noteworthy film and television credits include âMissing,â âLive Free or Die Hard,â âFear the Walking Dead,â âWhale Rider,â âBlow,â âOnce Were Warriors,â âBody of Proof,â âThree Kings,â âTraining Day,â and various others. He is also the co-owner of Whenua Films, an independent New Zealand production company. Go through the collection of interesting by Cliff Curtis which has been amassed from his movies, interviews, shows, dialogues. Let us take a look at the famous quotes by Cliff Curtis on collaboration, business, integrity, responsibility, poetry, work, acting, actors, people, struggle, independence, faith, learning, vision, politics, respect, food and more. 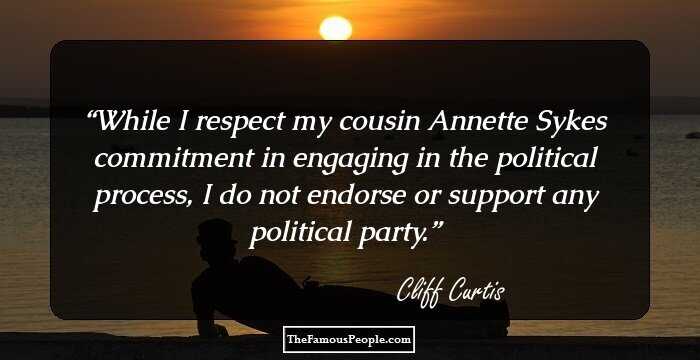 While I respect my cousin Annette Sykes commitment in engaging in the political process, I do not endorse or support any political party. 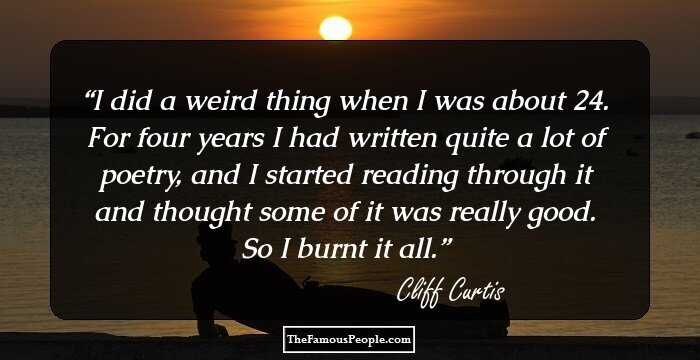 I did a weird thing when I was about 24. For four years I had written quite a lot of poetry, and I started reading through it and thought some of it was really good. So I burnt it all. 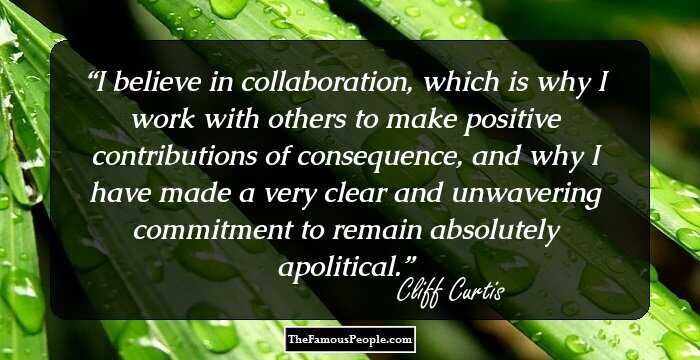 I believe in collaboration, which is why I work with others to make positive contributions of consequence, and why I have made a very clear and unwavering commitment to remain absolutely apolitical. 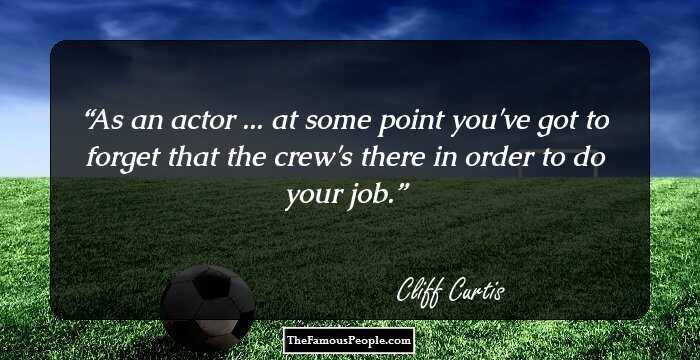 As an actor ... at some point you've got to forget that the crew's there in order to do your job.

But I felt like Pablo Escobar felt like he was an honorable businessman. And when he killed people, I think he felt he did it because they were honorable. That they were liars and were trying to cheat him. I don't think he had a lot of respect for the politicians in Columbia at the time, so he had quite a lot of fun killing them. 116 Great Quotes By Russell Crowe That Are Easy To Apprehend 36 Insightful Quotes By Taika Waititi For The Alive And Kicking 87 Daniel Radcliffe Quotes That You Will Not Want To Miss