Famous As: Priest
Born On: June 12, 1819
Died On: January 23, 1875
Born In: Holne, Devon, England
Died At Age: 55
The famous English Priest Charles Kingsley was also renowned as a naturalist, professor, and novelist. He cultivated an interest in arts, poetry and natural science during his schooldays. After completing his graduation he aspired to become a lawyer but turned to ministry in church where he became rector. During this period he co-wrote a couple of journals that helped in forming the âChristian Socialist Movementâ. The success of these journals encouraged him become a novelist and he published his first book titled âAlton Lockeâ. This was followed by various other novels before his most notable novel âThe Water Babies, A Fairy Tale for a Land Babyâ which brought him âLewis Carroll Shelf Awardâ. The novel portrayed various social issues in the form of an interesting story. His great intellect as a priest made him serve as the chaplain to âQueen Victoriaâ while working as a professor of âModern Historyâ at Cambridge University where he established his reputation as a professor. He further became a canon at the âChester Cathedralâ during which he found the âChester Society for Natural Science, Literature and Artâ. He even served as a President of Birmingham and Midland Institute. Whatever your spiritual beliefs are, you will surely be able to connect with the quotes and thoughts shared by Charles Kingsley. We have gathered some really fabulous quotes by Charles Kingsley from his writings, work, and speeches. Read on the collection of sayings and quotations by Charles Kingsley.
Listed In:
Writers
Spiritual & Religious Leaders
Quotes by Famous People 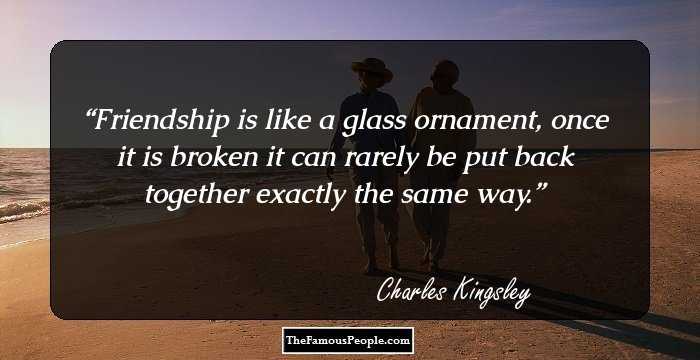 Friendship is like a glass ornament, once it is broken it can rarely be put back together exactly the same way. 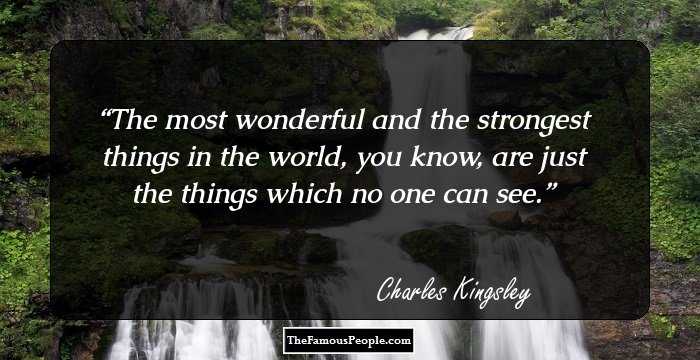 The most wonderful and the strongest things in the world, you know, are just the things which no one can see. 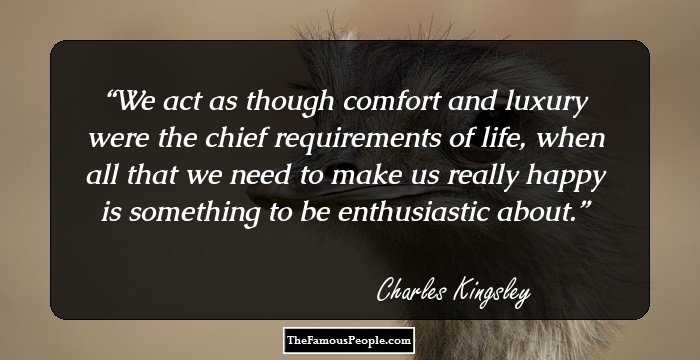 We act as though comfort and luxury were the chief requirements of life, when all that we need to make us really happy is something to be enthusiastic about. 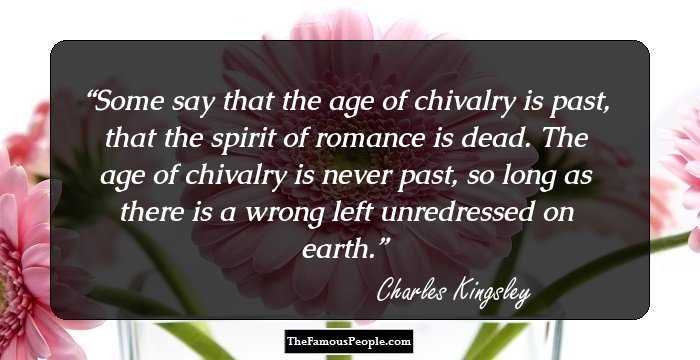 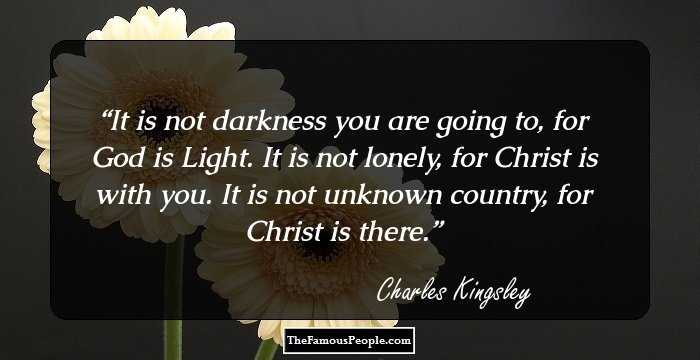 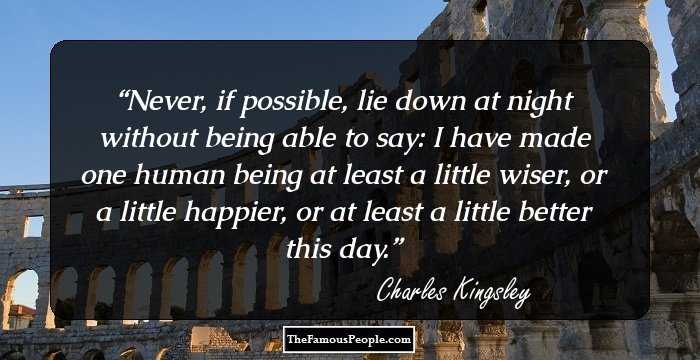 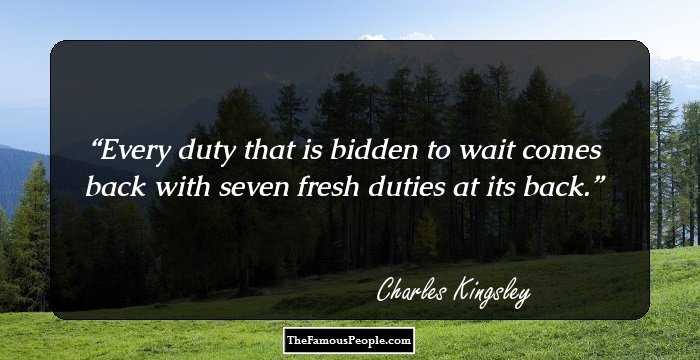 Every duty that is bidden to wait comes back with seven fresh duties at its back. 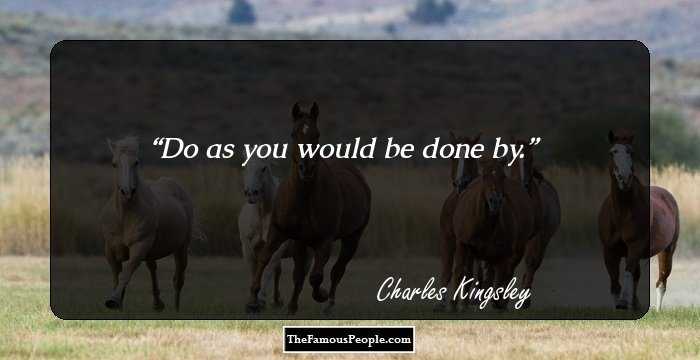 Do as you would be done by. 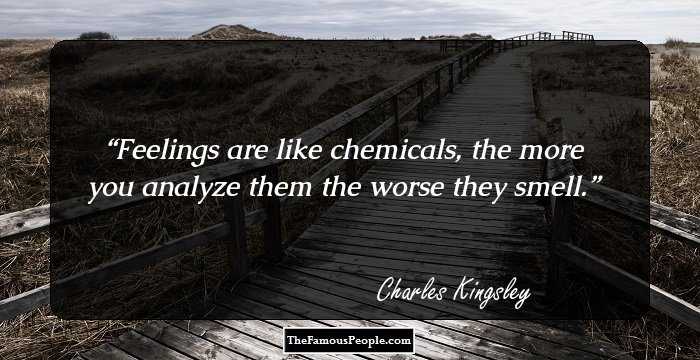 Feelings are like chemicals, the more you analyze them the worse they smell. 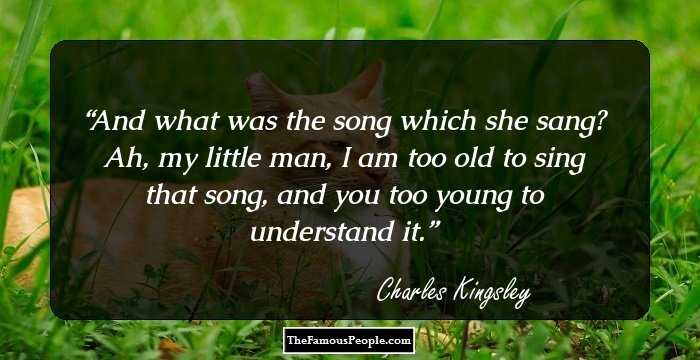 And what was the song which she sang? Ah, my little man, I am too old to sing that song, and you too young to understand it.

You Young I
Charles Kingsley 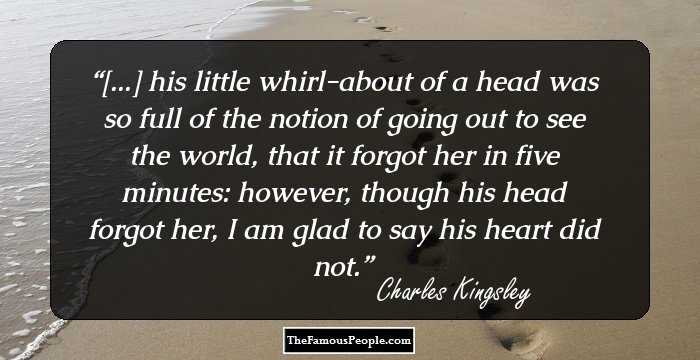 [...] his little whirl-about of a head was so full of the notion of going out to see the world, that it forgot her in five minutes: however, though his head forgot her, I am glad to say his heart did not. 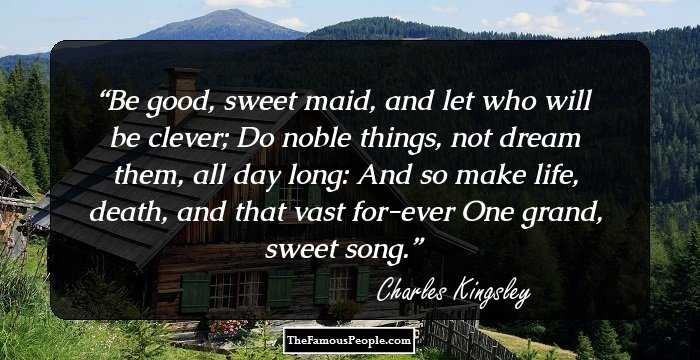 Be good, sweet maid, and let who will be clever; Do noble things, not dream them, all day long: And so make life, death, and that vast for-ever One grand, sweet song. 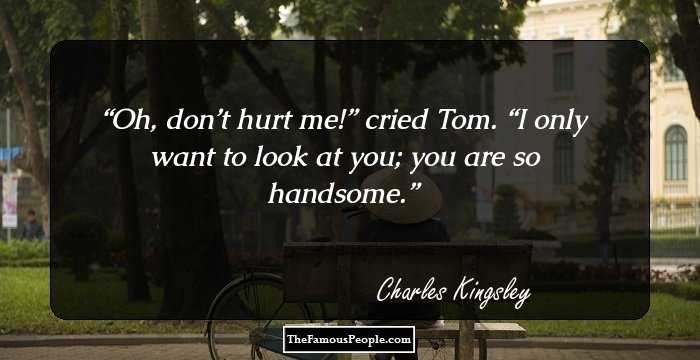 Oh, don’t hurt me!” cried Tom. “I only want to look at you; you are so handsome. 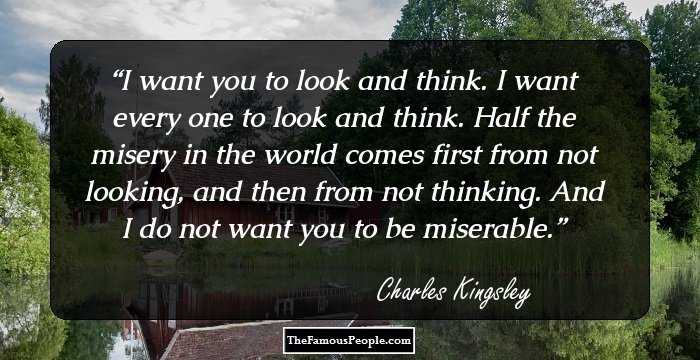 You Think I
Charles Kingsley