Famous As: Artist
Born On: June 7, 1965
Born In: Bristol
Age: 57 Years
Damien Hirst is an English artist and entrepreneur. He became famous for his unusual work around series of dead animals. His most famous artwork from the series is called âLiving.â He was also the flag-bearer of âYoung British Artists Movementâ in the 90s. In 2008, his show, âBeautiful inside My Head Forever,â at Sotheby's was completely sold out which was a milestone for an artist. The auction raised close to $ 200 million US dollars. His other artworks include âspin-art paintingsâ and âspot paintings.â As much as he is successful, Hirst has also been accused of plagiarism many a time since 1999. Even so, his paintings are sold at exceptionally high prices. These quotes by Hirst will inspire you to follow your passion in life.
Listed In:
Quotes by Famous People 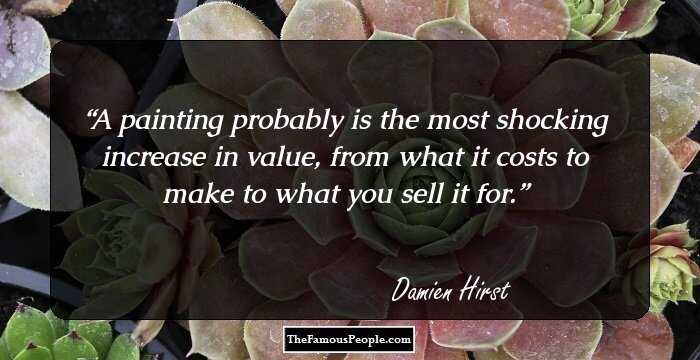 A painting probably is the most shocking increase in value, from what it costs to make to what you sell it for. 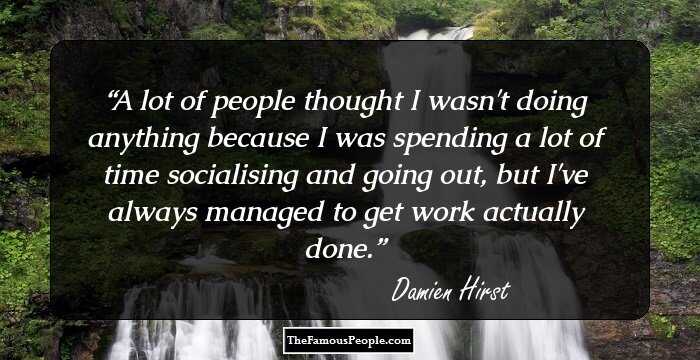 A lot of people thought I wasn't doing anything because I was spending a lot of time socialising and going out, but I've always managed to get work actually done.

Even as a kid in drawing class, I had real ambition. I wanted to be the best in the class, but there was always some other feller who was better; so I thought, It cant be about being the best, it has to be about the drawing itself, what you do with it. Thats kind of stuck with me. 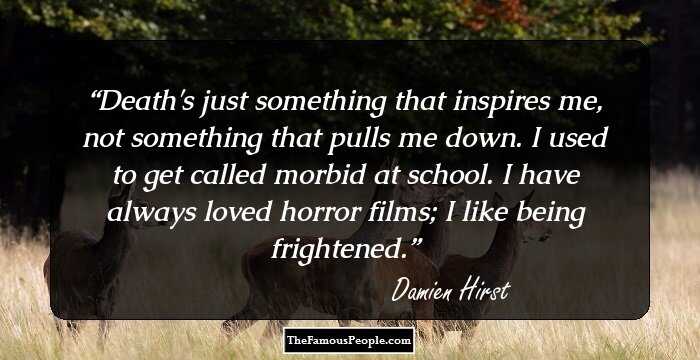 Death's just something that inspires me, not something that pulls me down. I used to get called morbid at school. I have always loved horror films; I like being frightened. 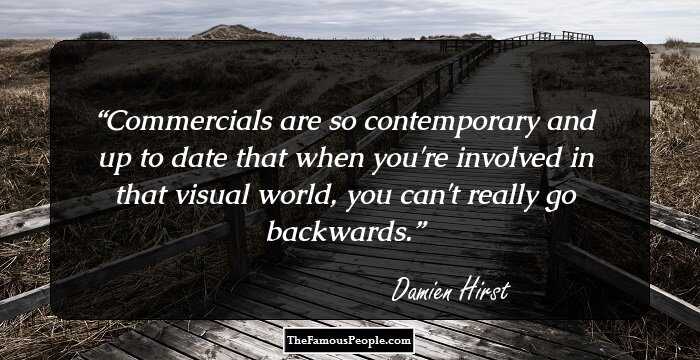 Commercials are so contemporary and up to date that when you're involved in that visual world, you can't really go backwards. 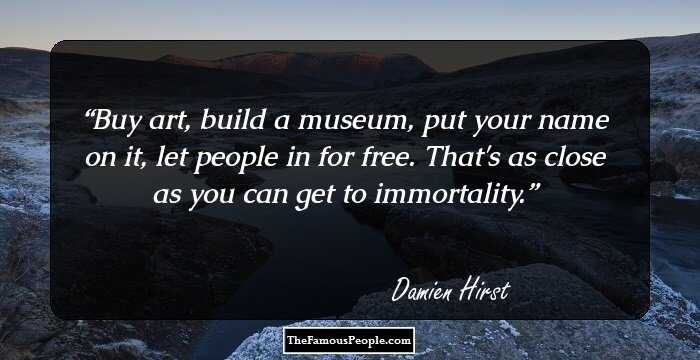 Buy art, build a museum, put your name on it, let people in for free. That's as close as you can get to immortality. 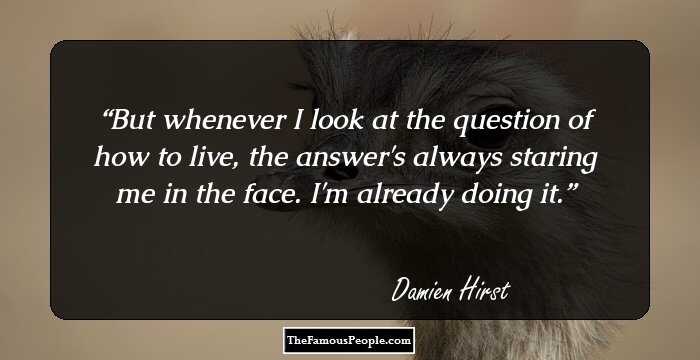 But whenever I look at the question of how to live, the answer's always staring me in the face. I'm already doing it. 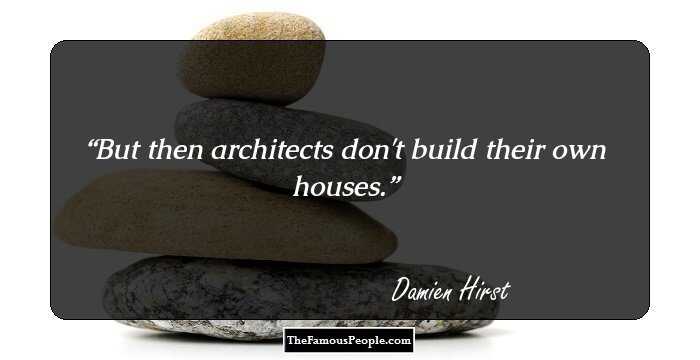 But then architects don't build their own houses. 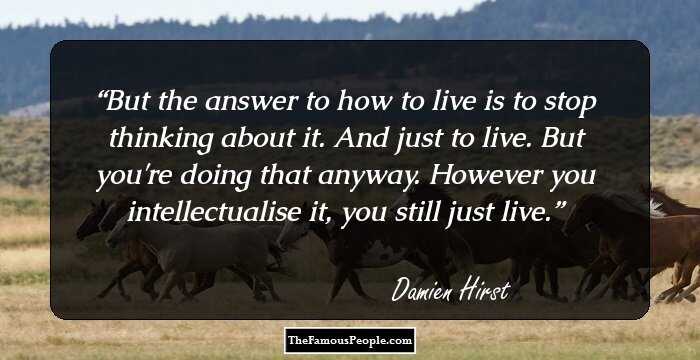 But the answer to how to live is to stop thinking about it. And just to live. But you're doing that anyway. However you intellectualise it, you still just live. 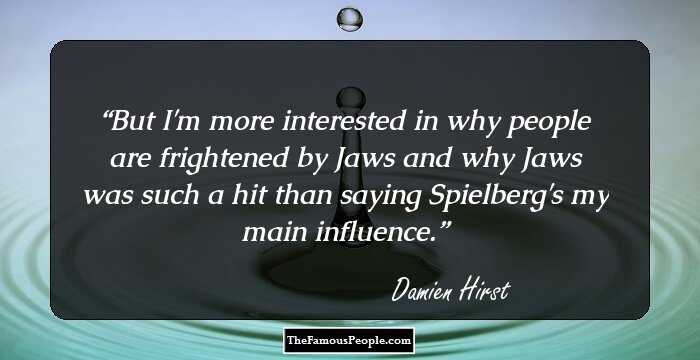 But I'm more interested in why people are frightened by Jaws and why Jaws was such a hit than saying Spielberg's my main influence. 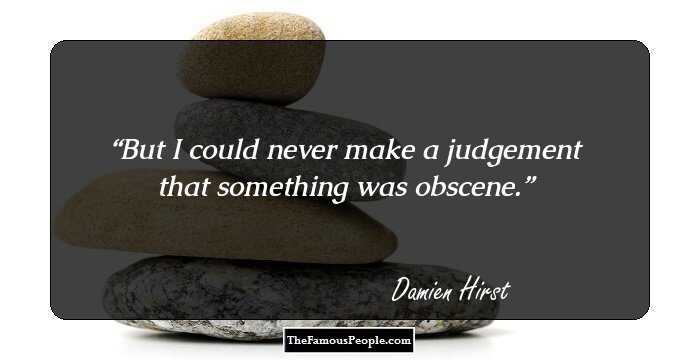 But I could never make a judgement that something was obscene. 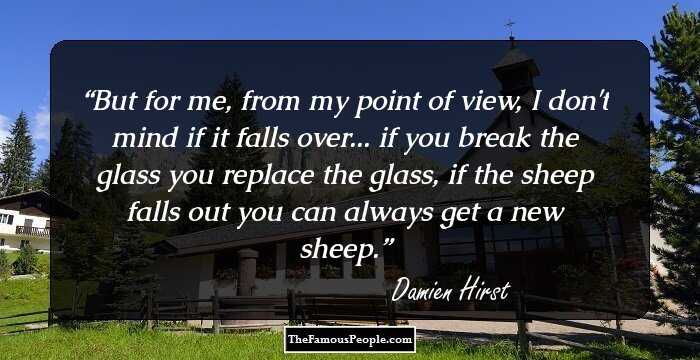 But for me, from my point of view, I don't mind if it falls over... if you break the glass you replace the glass, if the sheep falls out you can always get a new sheep. 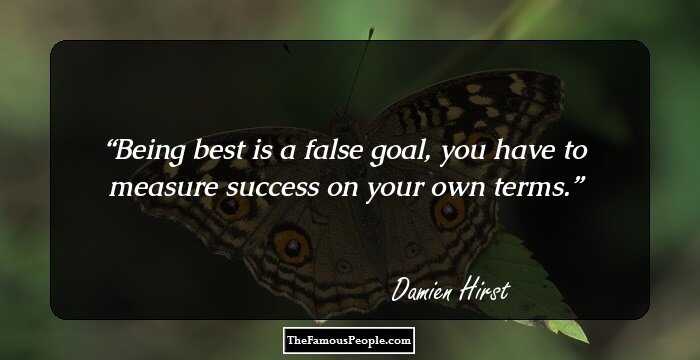 Being best is a false goal, you have to measure success on your own terms. 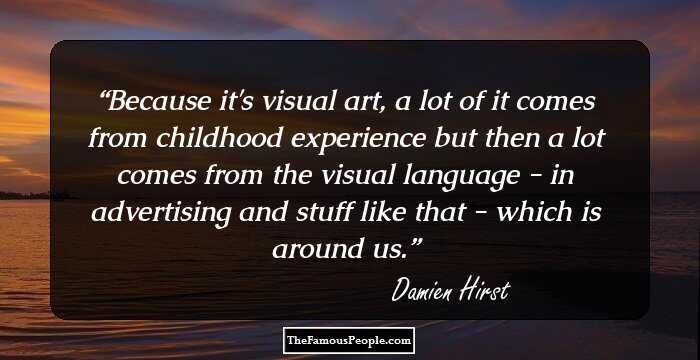 Because it's visual art, a lot of it comes from childhood experience but then a lot comes from the visual language - in advertising and stuff like that - which is around us. 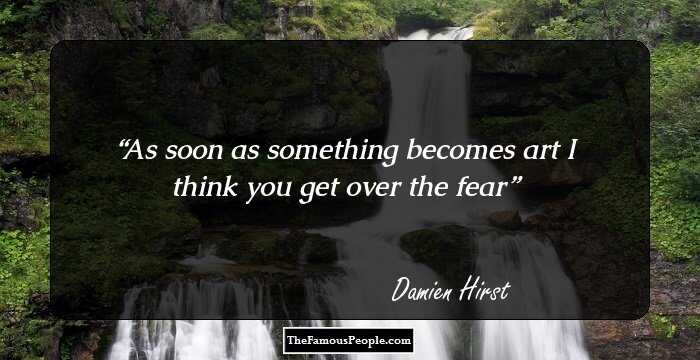 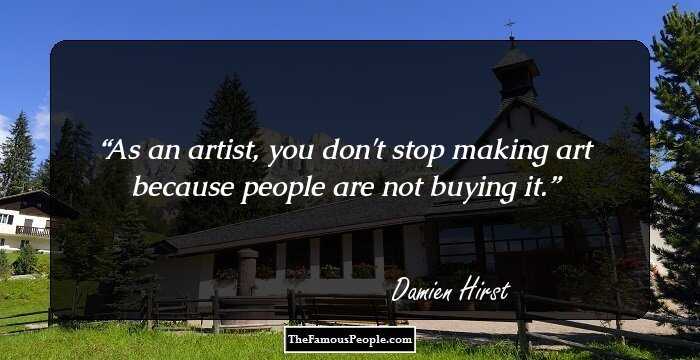 As an artist, you don't stop making art because people are not buying it. 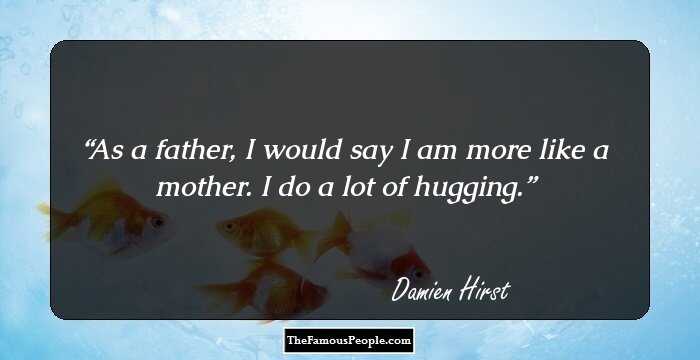 As a father, I would say I am more like a mother. I do a lot of hugging. 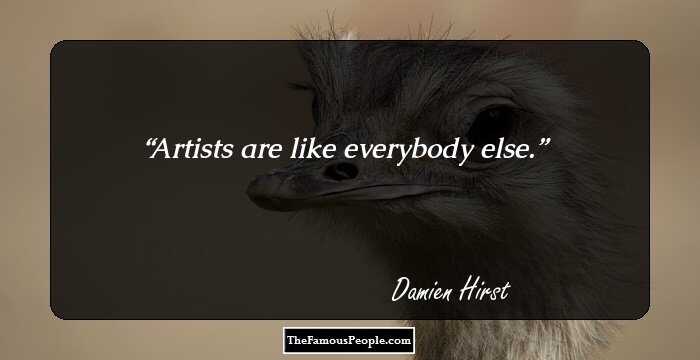 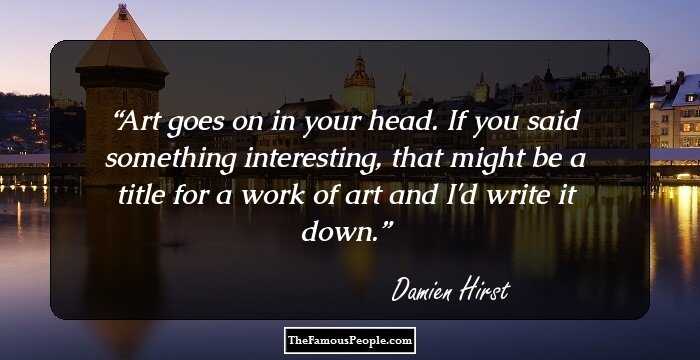 Art goes on in your head. If you said something interesting, that might be a title for a work of art and I'd write it down. 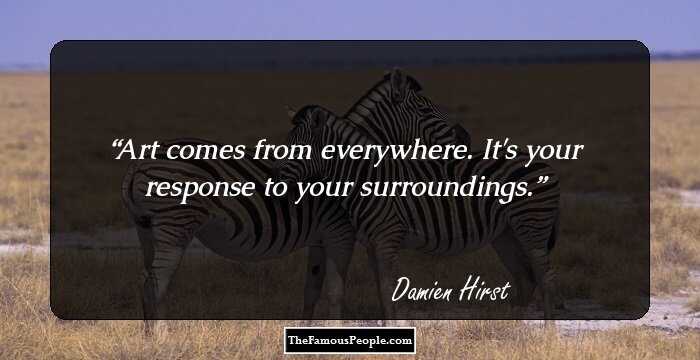 Art comes from everywhere. It's your response to your surroundings.

Art is the closest you can get to immortality, though it's a poor substitute - you're working for people not yet born - and people want it because it is brilliant. It ends up in museums anyway; the rich have to give it back to the people, it's their only option. There are no pockets in a shroud.

But I always liked the fact that you get these totally unacceptable images, but they're taken by a really expensive photographer, with great light, and in terms of the quality of the photograph it's a great photograph, but in terms of imagery it's unacceptable, and I like that contradiction.

But I think it's more that when you're young, you're invincible, you're immortal - or at least you think you are. The possibilities are limitless, you're inventing the future. Then you get older and suddenly you have a history. It's fixed. You can't change anything. I find that a bit disturbing, to be honest.

For artists it's a lot easier to make art in bad times than it is in good times. When you've got no money it's easy to just drink your way through it and make great art. But if you're making lots of money it can be very problematic. 100 Inspiring Quotes By Annie Besant On Freedom, Religion And Life

5 Inspiring Quotes By Thomas Becket, The Thomas Of London