Famous As: Country Singer
Born On: March 10, 1983
Born In: Muskogee, Oklahoma, United States
Age: 39 Years
Carrie Underwood is a famous American songwriter, actress and singer who has won almost every renowned award in the music industry. She was interested in music since a very early age but had to take a break to complete her graduation. Her great skill at singing helped her win the âAmerican Idolâ and that was a major turning point in her life. She shot to fame with her win and came up with her first album âSome Heartsâ which turned out to be a best-selling album. It made her the âfastest-selling female singerâ and also marked the beginning of the most successful period of her career. She went on to give various hits like âCarnival Rideâ which helped her nurture her fame and reputation as a singer. Her solo âBefore He Cheatsâ from her first album had a record sale of four million copies and became the fourth best-selling song of all time. She has won multiple âAcademy of Country Music Awardsâ, âGrammy Awardsâ and âAmerican Music Awardsâ among other awards. Carrie is an amazing role model who does not compromise her integrity for the sake of popularity and holds her values very high. This is the reason whatever she says is taken very seriously and frequently quoted by people. We bring to you a collection of thoughts and quotes by Carrie Underwood which have been curated from her writings, songs, work, interviews and life. Read on the famous quotations by Carrie Underwood which are sure to strike the right chord.
Listed In:
Singers
Country Singers 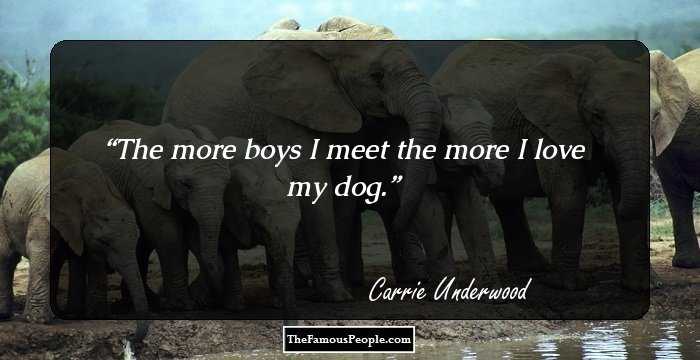 The more boys I meet the more I love my dog. 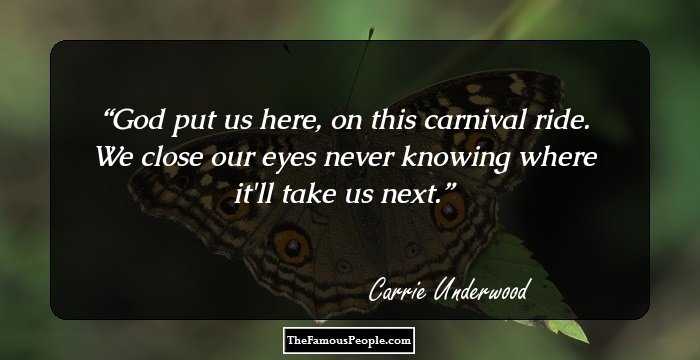 God put us here, on this carnival ride. We close our eyes never knowing where it'll take us next. 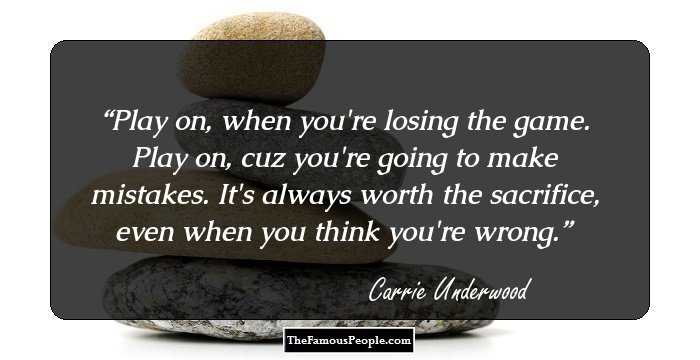 Play on, when you're losing the game. Play on, cuz you're going to make mistakes. It's always worth the sacrifice, even when you think you're wrong. 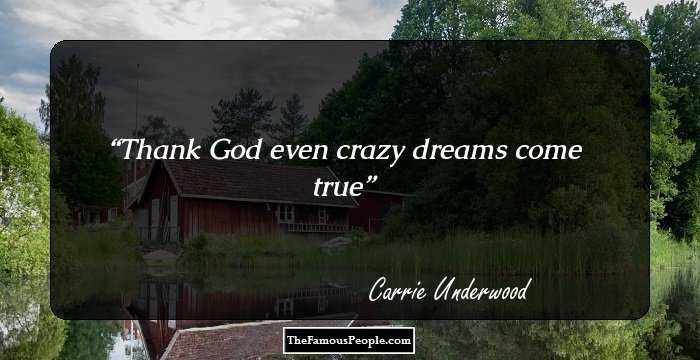 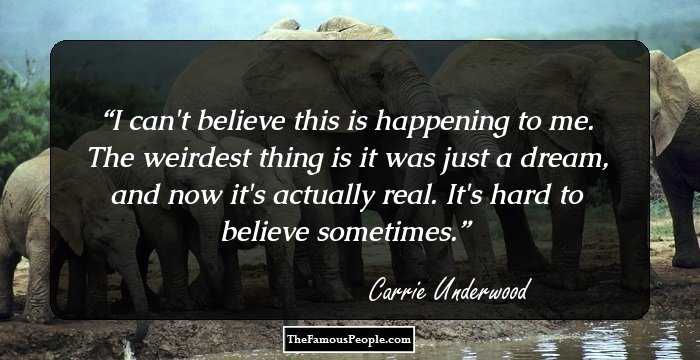 I can't believe this is happening to me. The weirdest thing is it was just a dream, and now it's actually real. It's hard to believe sometimes.

Me Believe I
Carrie Underwood 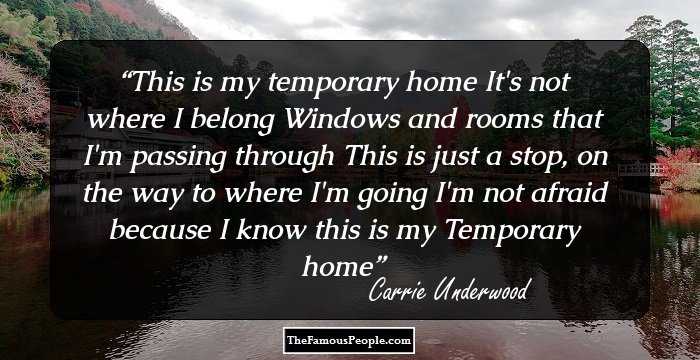 This is my temporary home It's not where I belong Windows and rooms that I'm passing through This is just a stop, on the way to where I'm going I'm not afraid because I know this is my Temporary home 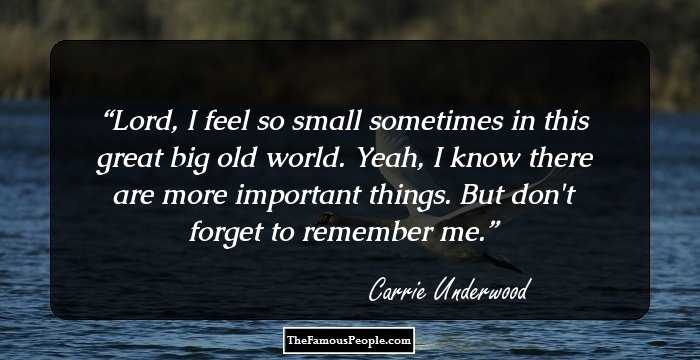 Lord, I feel so small sometimes in this great big old world. Yeah, I know there are more important things. But don't forget to remember me. 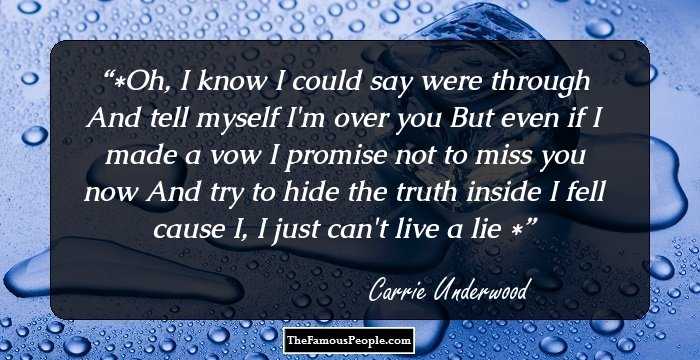 *Oh, I know I could say were through And tell myself I'm over you But even if I made a vow I promise not to miss you now And try to hide the truth inside I fell cause I, I just can't live a lie *

You I
Carrie Underwood 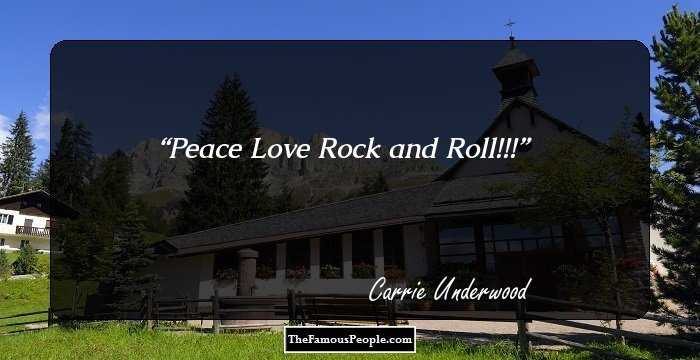 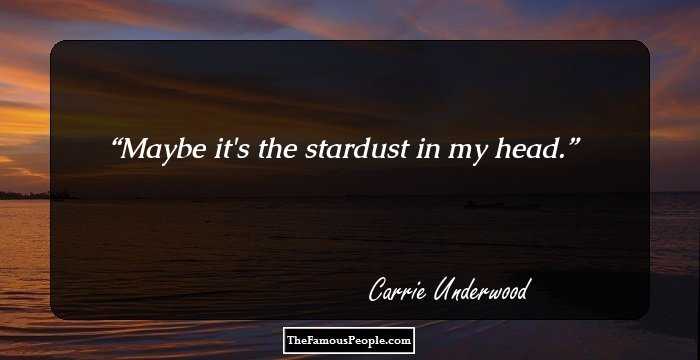 Maybe it's the stardust in my head. 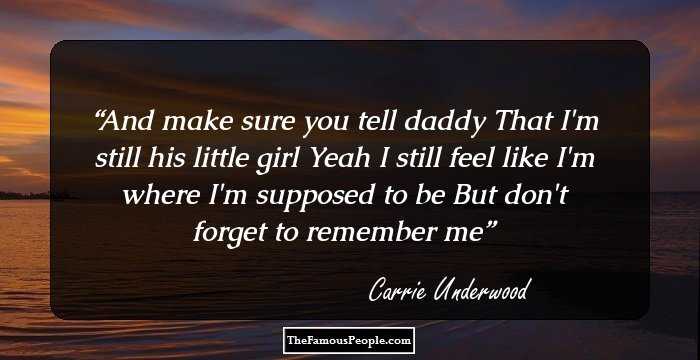 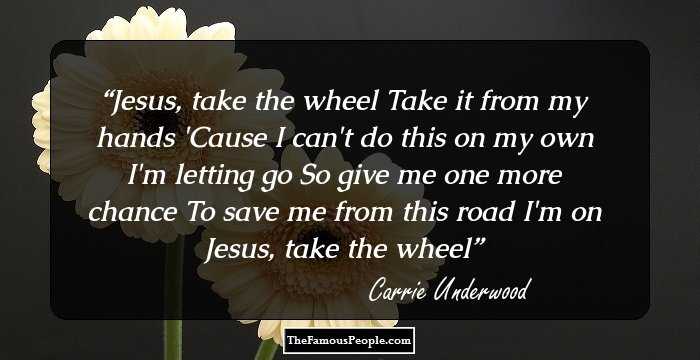 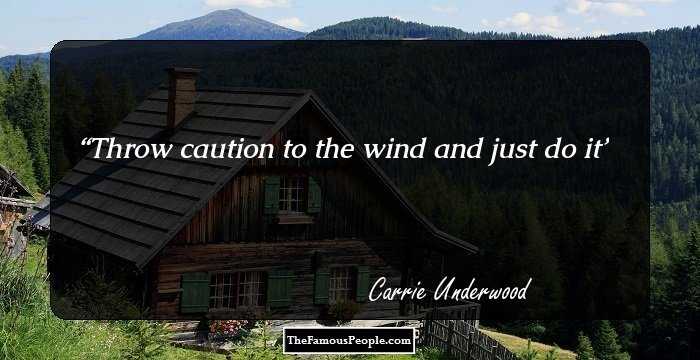 Throw caution to the wind and just do it 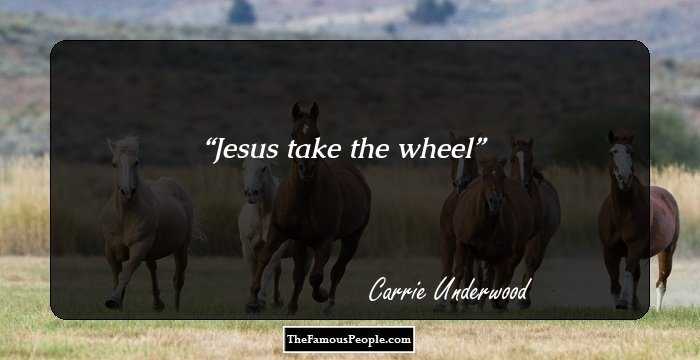 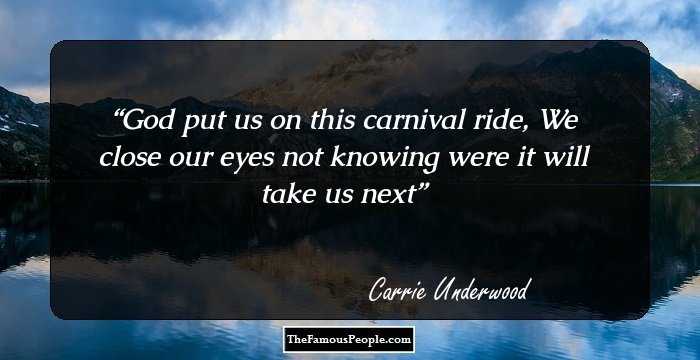 God put us on this carnival ride, We close our eyes not knowing were it will take us next 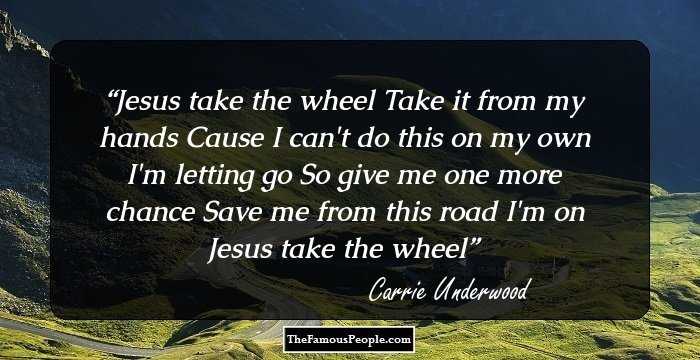 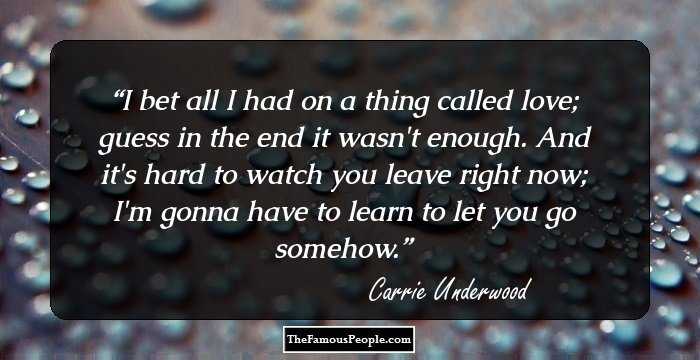 I bet all I had on a thing called love; guess in the end it wasn't enough. And it's hard to watch you leave right now; I'm gonna have to learn to let you go somehow.

You I
Carrie Underwood 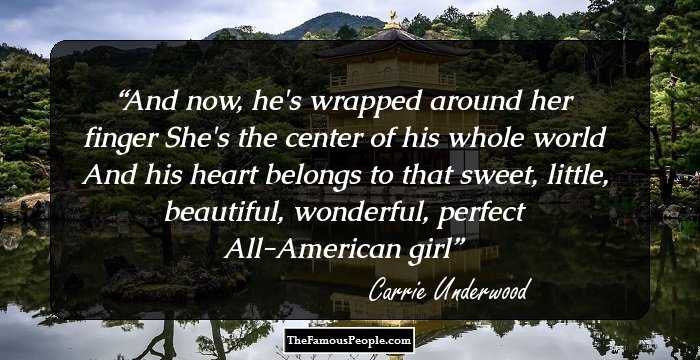 And now, he's wrapped around her finger She's the center of his whole world And his heart belongs to that sweet, little, beautiful, wonderful, perfect All-American girl