Famous As: Platinum-selling country music singer who is known for albums like 1996's Ten Thousand Angels
Born On: November 30, 1975
Died On: February 17, 2013
Born In: Fort Myers, Florida, United States
Died At Age: 37
Mindy McCready was an American country music singer, best known for her hit music album âTen Thousand Angelsâ (1996). Overall, she released five studio albums, namely âIf I Don't Stay the Nightâ (1997), âI'm Not So Toughâ (1999), âMindy McCreadyâ (2002), and âI'm Still Hereâ (2010). Her singles, such as âGuys Do It All the Time,â âTen Thousand Angels,â and âA Girl's Gotta Do (What a Girl's Gotta Do)â topped the âBillboardâ charts. However, she never scored a charted single after 2002. She began training for the opera at the age of 9 and eventually found her way to stardom. She signed her first record at the age of 17and continued with smashing hits and platinum albums. Her personal struggles, however, put a break to her flourishing career. She eventually committed suicide at the age of 37.
Listed In:
Musicians
Singers
Country Singers 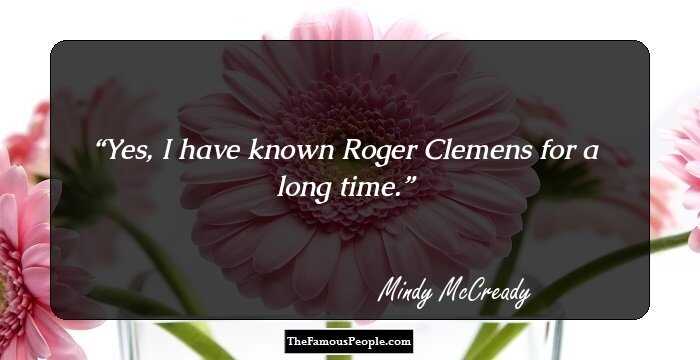 Yes, I have known Roger Clemens for a long time. 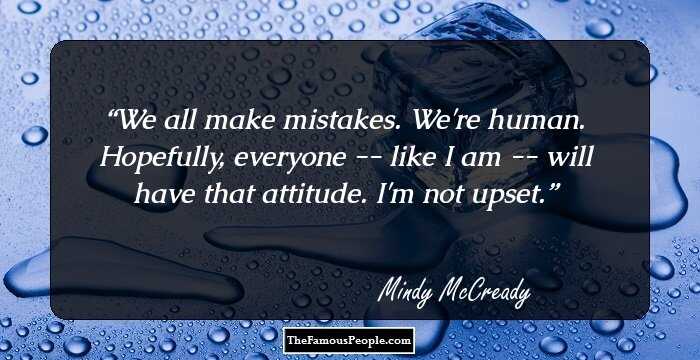 We all make mistakes. We're human. Hopefully, everyone -- like I am -- will have that attitude. I'm not upset. 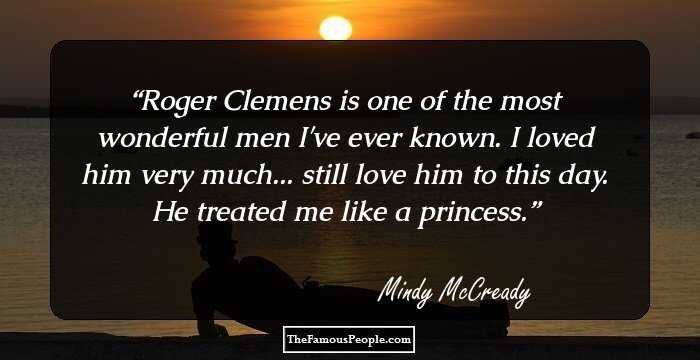 Roger Clemens is one of the most wonderful men I've ever known. I loved him very much... still love him to this day. He treated me like a princess. 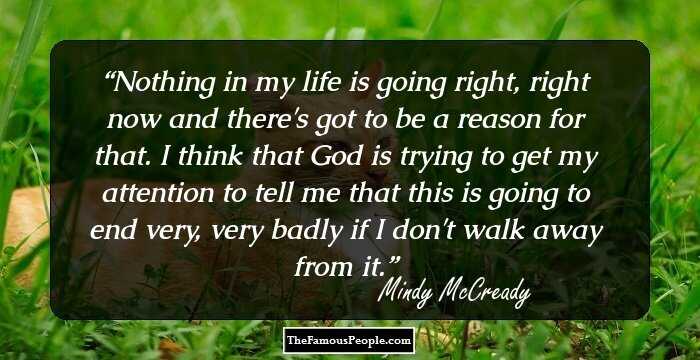 Nothing in my life is going right, right now and there's got to be a reason for that. I think that God is trying to get my attention to tell me that this is going to end very, very badly if I don't walk away from it. 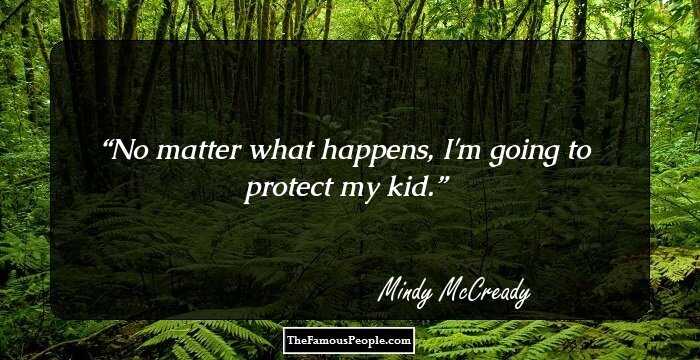 No matter what happens, I'm going to protect my kid. 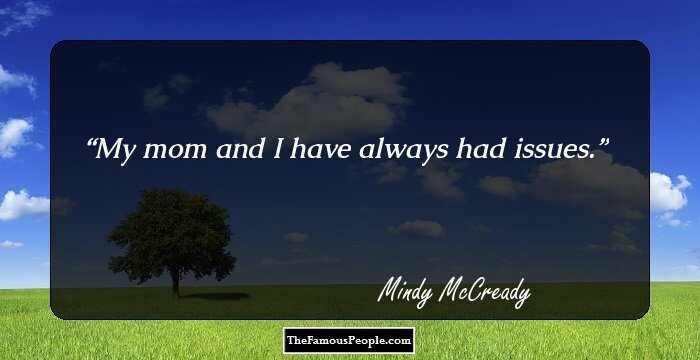 My mom and I have always had issues. 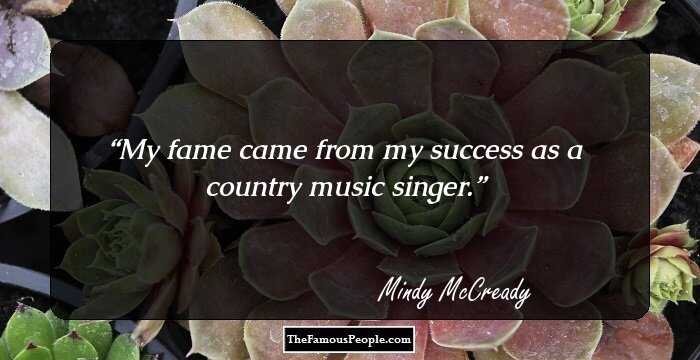 My fame came from my success as a country music singer. 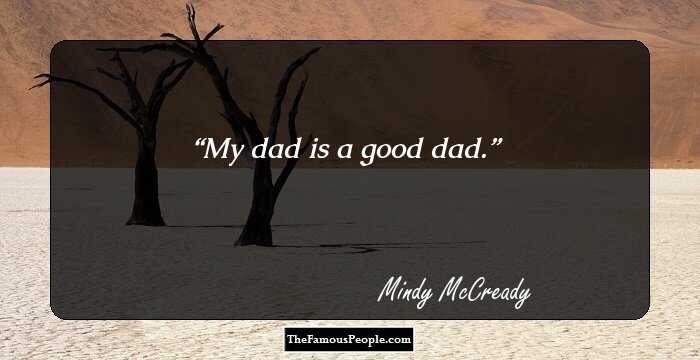 My dad is a good dad. 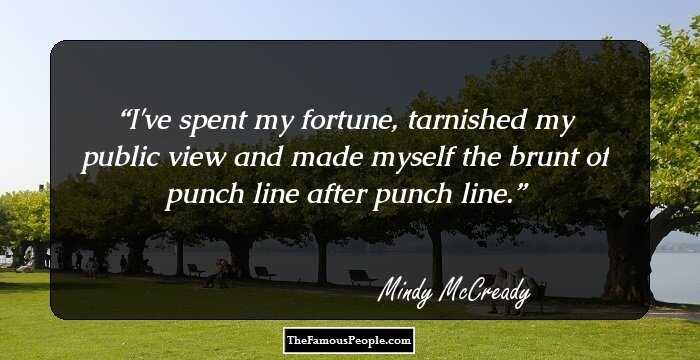 I've spent my fortune, tarnished my public view and made myself the brunt of punch line after punch line. 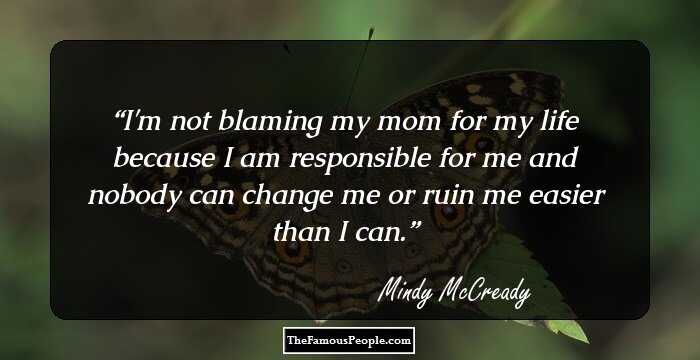 I'm not blaming my mom for my life because I am responsible for me and nobody can change me or ruin me easier than I can. 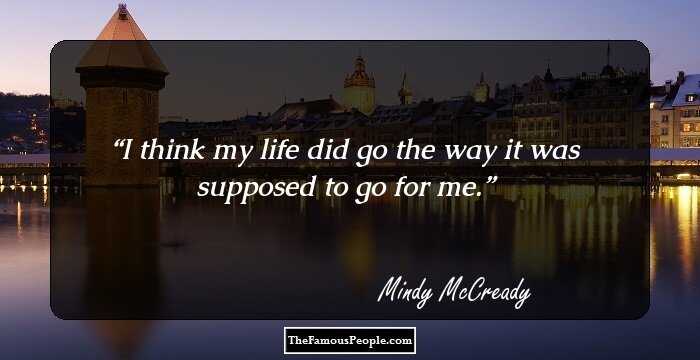 I think my life did go the way it was supposed to go for me. 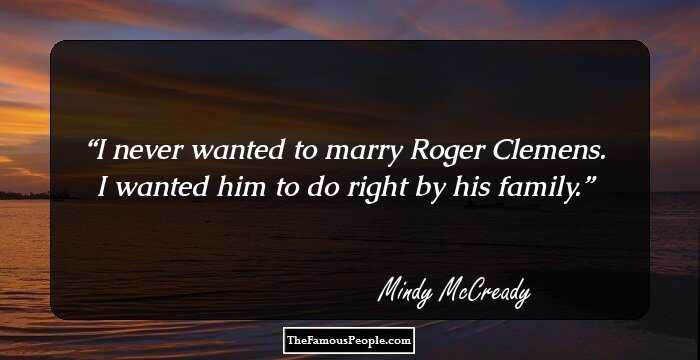 I never wanted to marry Roger Clemens. I wanted him to do right by his family. 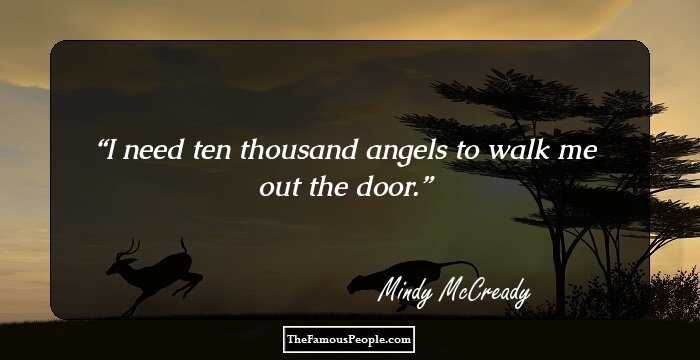 I need ten thousand angels to walk me out the door. 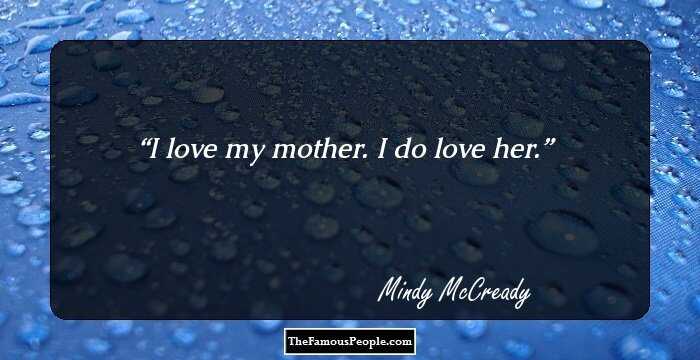 I love my mother. I do love her. 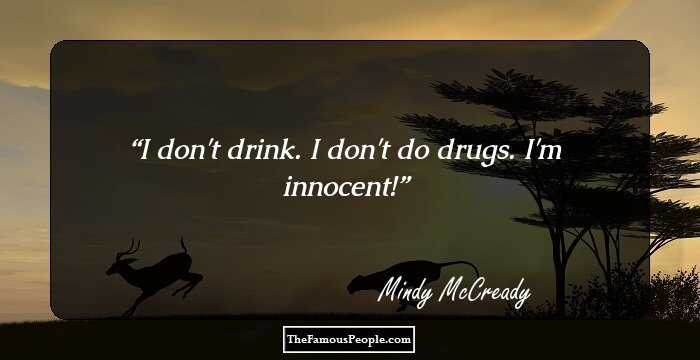 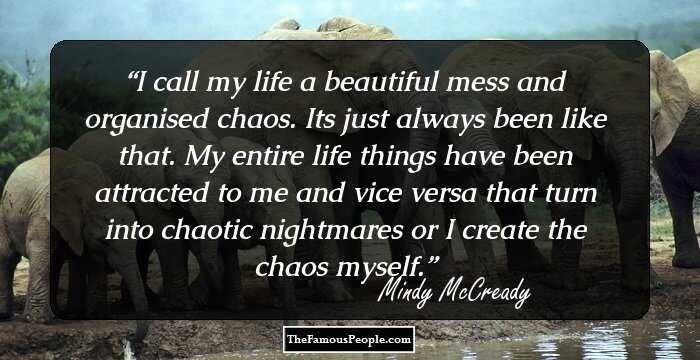 I call my life a beautiful mess and organised chaos. Its just always been like that. My entire life things have been attracted to me and vice versa that turn into chaotic nightmares or I create the chaos myself. 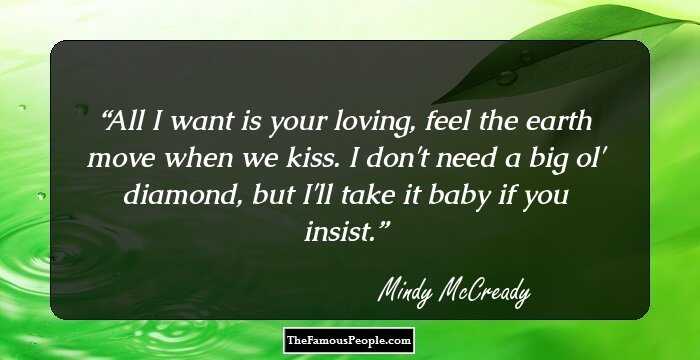 All I want is your loving, feel the earth move when we kiss. I don't need a big ol' diamond, but I'll take it baby if you insist. 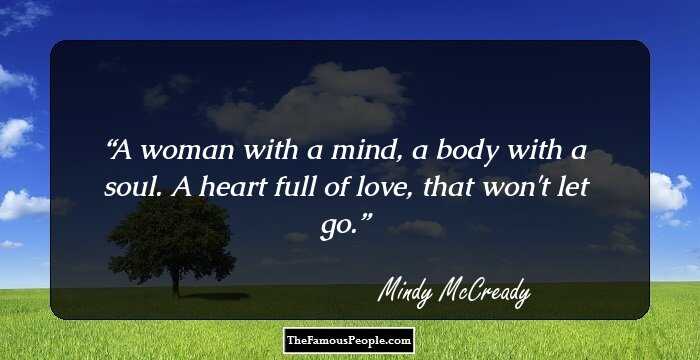 A woman with a mind, a body with a soul. A heart full of love, that won't let go.