24 Antoine Fuqua Quotes That Urge You To Chase Your Dreams 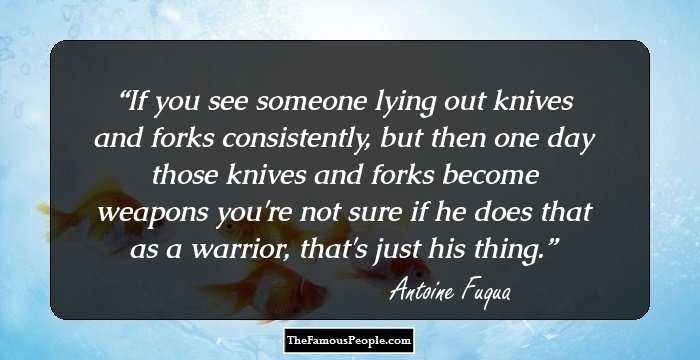 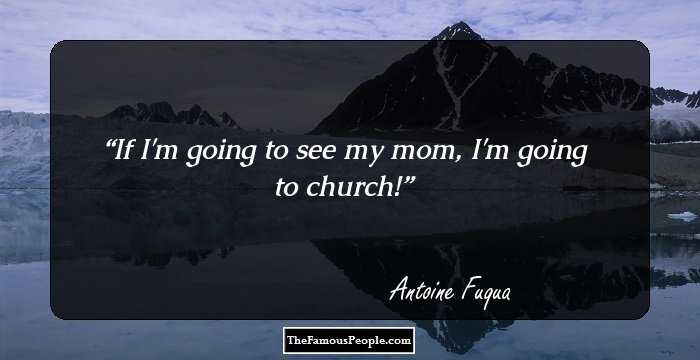 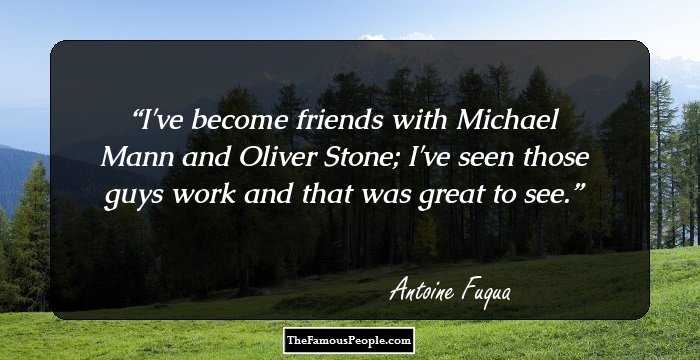 I've become friends with Michael Mann and Oliver Stone; I've seen those guys work and that was great to see. 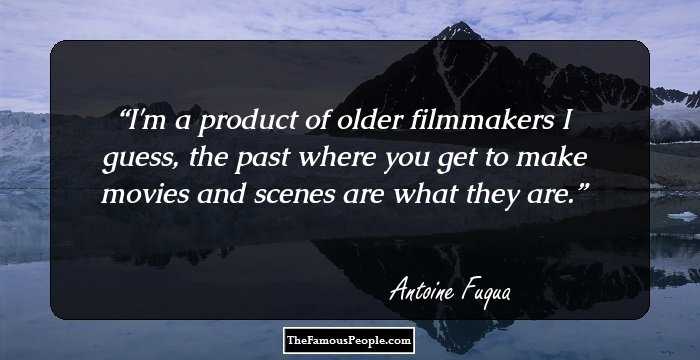 I'm a product of older filmmakers I guess, the past where you get to make movies and scenes are what they are. 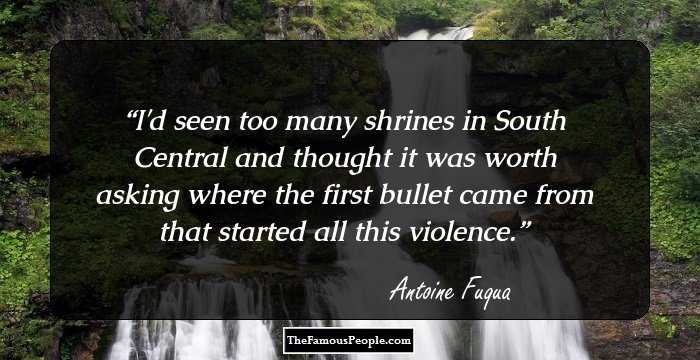 I'd seen too many shrines in South Central and thought it was worth asking where the first bullet came from that started all this violence. 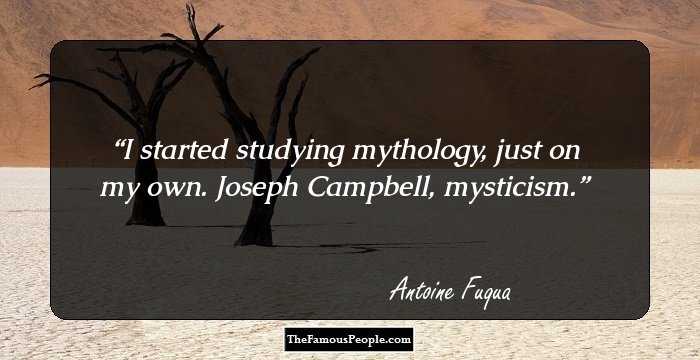 I started studying mythology, just on my own. Joseph Campbell, mysticism. 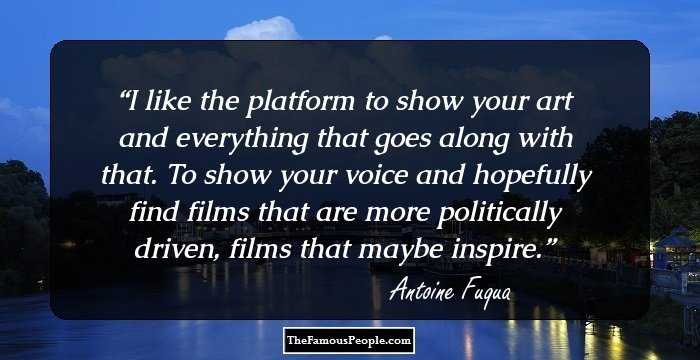 I like the platform to show your art and everything that goes along with that. To show your voice and hopefully find films that are more politically driven, films that maybe inspire. 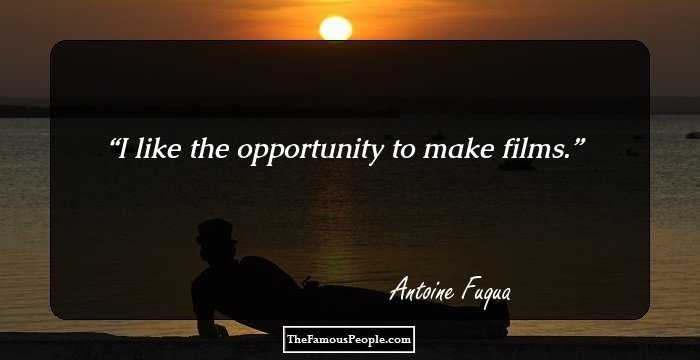 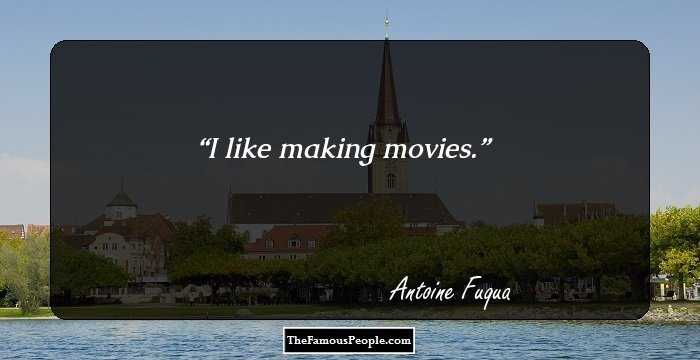 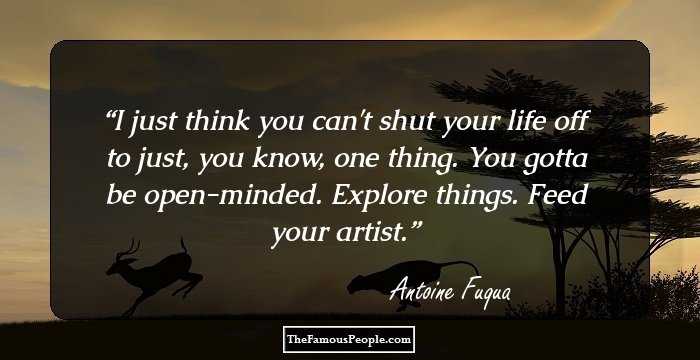 I just think you can't shut your life off to just, you know, one thing. You gotta be open-minded. Explore things. Feed your artist. 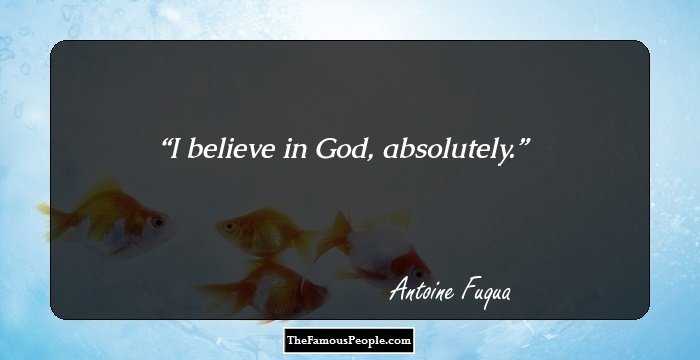 I believe in God, absolutely. 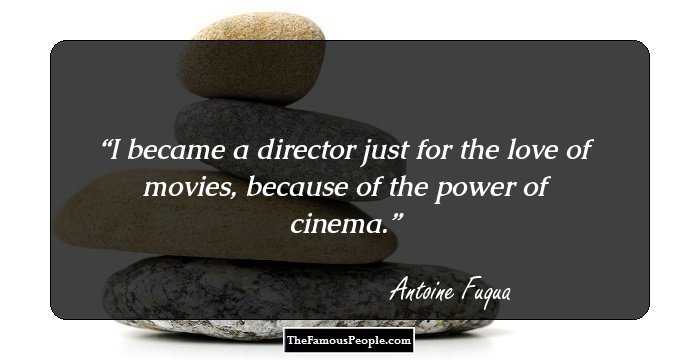 I became a director just for the love of movies, because of the power of cinema. 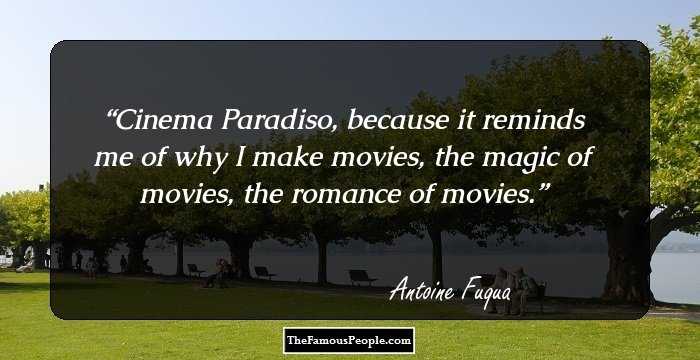 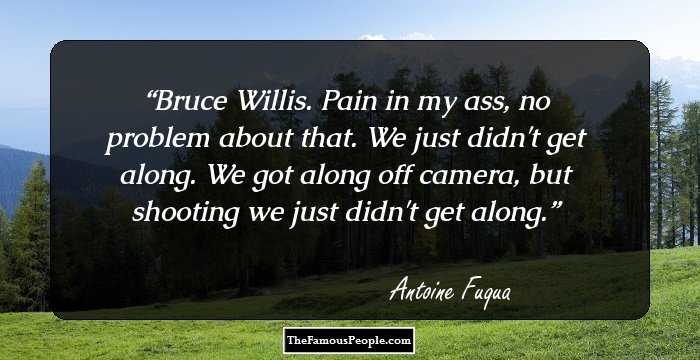 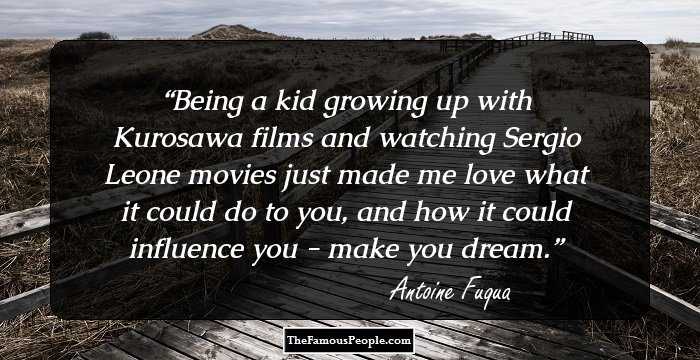 Being a kid growing up with Kurosawa films and watching Sergio Leone movies just made me love what it could do to you, and how it could influence you - make you dream.

Even the Westerns that I grew up with, the Sergio Leone's and all that, there was always a sort of anti-hero, a guy reluctant to shame even, to pick up the gun again because he wants to help other people, and he does, he uses his skills for that.

How do you capture the drama of a Rembrandt painting in a movie? How do you feel that moment that they captured in two hours? I kind of fell into it and at one point, I decided I wanted to live an art life; I wanted to tell stories. I came to New York, and did what most people do - you become a PA and run and get coffee and pay your dues and learn until your opportunity comes.

I don't think I've seen that sort of character in a long time in this genre because again, there was a time when you could have quirky, strange characters that you grew to love, you didn't quite understand, you know, and then all of a sudden they became almost cardboard cutouts for awhile. You kind of know the guy, what his deal is - this guy's hard to figure out. He has some strange habits, but, you learn to love him and you discover more about him, where it comes from.

I don't think the audience goes and thinks of the movie as a piece of art - there are some independent people who may go and have a higher appreciation for filmmaking. It is a great art form, but I don't think you look at a painting and a movie with the same eye.

I like being in real environments. I love being in the place that it's about - these sets and locations are characters in the movies. Can you imagine Breakfast at Tiffany's shot somewhere else? It's classic. Characters are part of storytelling; they're just as important as everything else.

I only pay to take my son to the movies, because most of the time I only watch European movies, independent movies, or screen them privately. But I like to go to movies with my son because it's still fun; it reminds me of why I make movies.

I think people go to the movies to be entertained, to have an experience, to disappear from their own reality for a couple of hours. If the film truly succeeds in everything the filmmaker sets out for it to be, then it's elevated to art. It's elevated to something special, because it gives people a visceral feeling of something they're experiencing as a collective group. You feel something and that's what turns it into what you may call art.

I'm a product of older filmmakers I guess, the past where you get to make movies and scenes are what they are. You know if you think about Scorsese back in the day when he was making Taxi Driver, or Coppola or Frankenheimer, Sidney Lumet, they're making films where you witness violence in a real way.