Famous As: Politician & Civil Rights Activist
Born On: November 29, 1908
Died On: April 4, 1972
Born In: New Haven, Connecticut, United States
Died At Age: 63
Adam Clayton Powell Jr. was an American pastor and politician, and civil-rights leader. He was a member of the the United States House of Representatives from Harlem, New York City. He was also the first African-American to be elected to the Congress from New York. He took up concerns like civil rights and social issues. He was ee-elected for nearly three decades, and remained a powerful Democrat politician for a long time. Being a champion of human rights, he also tried creating a political atmosphere in America to support several emerging nations in Africa and Asia post their independence after colonialism. We have collected his powerful and meaningful quotes from his speeches, writings, interviews, etc. Let's have a look at some interesting quotes by Adam Clayton Powell, Jr.
Listed In:
Activists
Civil Rights Activists
Leaders 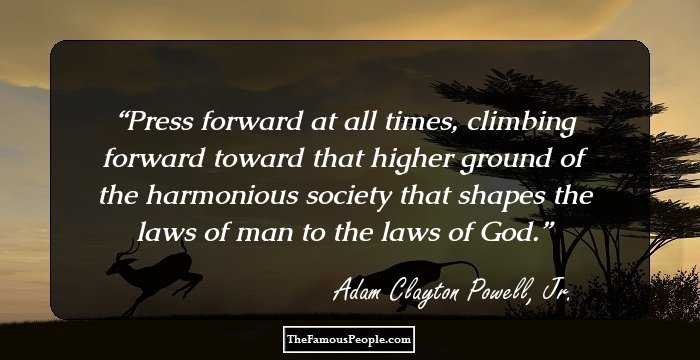 Press forward at all times, climbing forward toward that higher ground of the harmonious society that shapes the laws of man to the laws of God. 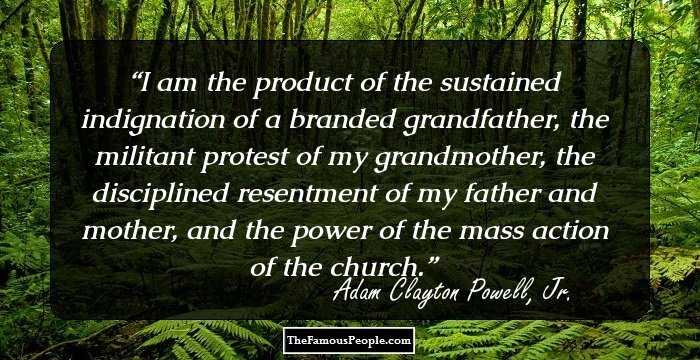 I am the product of the sustained indignation of a branded grandfather, the militant protest of my grandmother, the disciplined resentment of my father and mother, and the power of the mass action of the church. 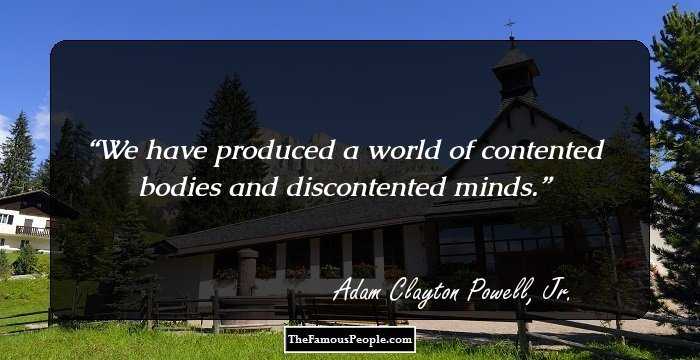 We have produced a world of contented bodies and discontented minds. 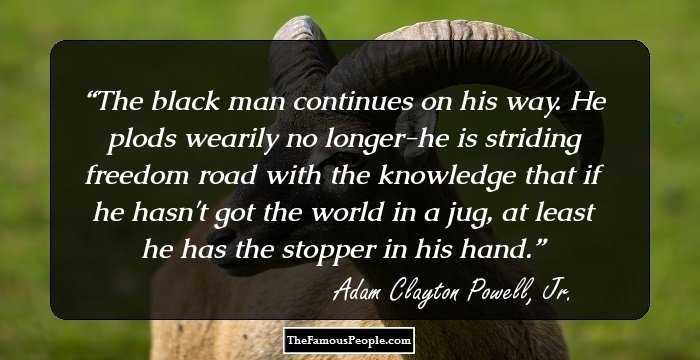 The black man continues on his way. He plods wearily no longer-he is striding freedom road with the knowledge that if he hasn't got the world in a jug, at least he has the stopper in his hand. 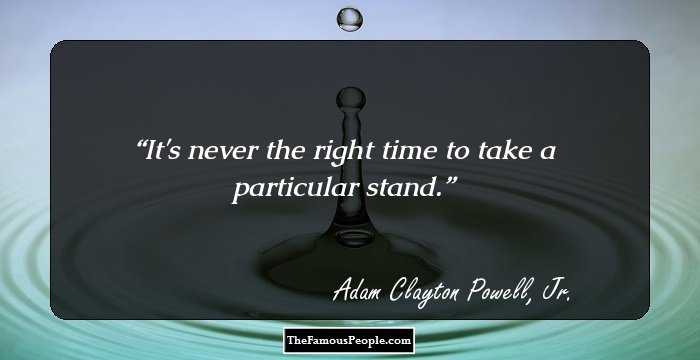 It's never the right time to take a particular stand. 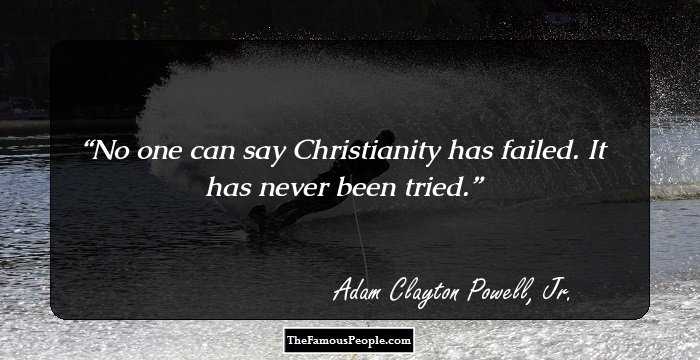 No one can say Christianity has failed. It has never been tried. 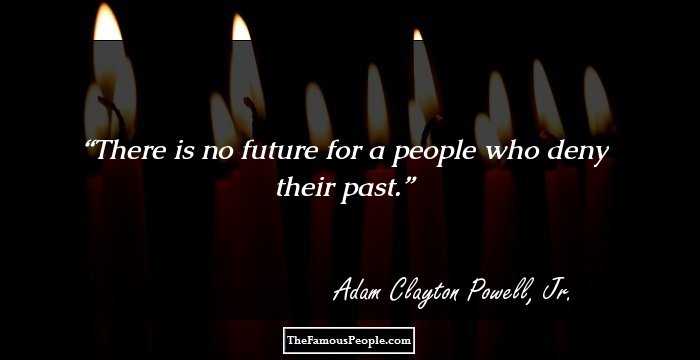 There is no future for a people who deny their past. 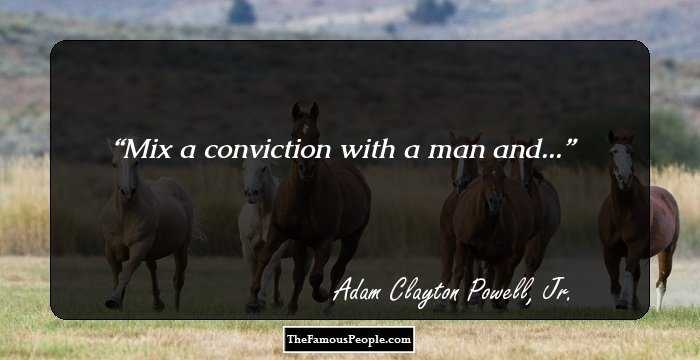 Mix a conviction with a man and... 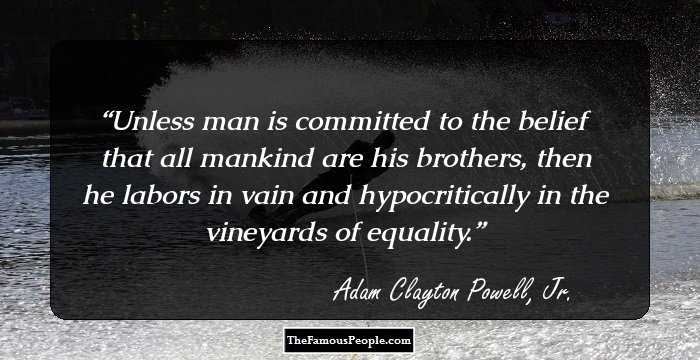 Unless man is committed to the belief that all mankind are his brothers, then he labors in vain and hypocritically in the vineyards of equality. 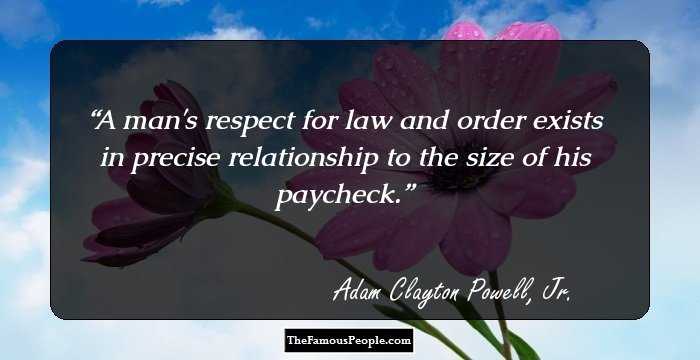 A man's respect for law and order exists in precise relationship to the size of his paycheck. 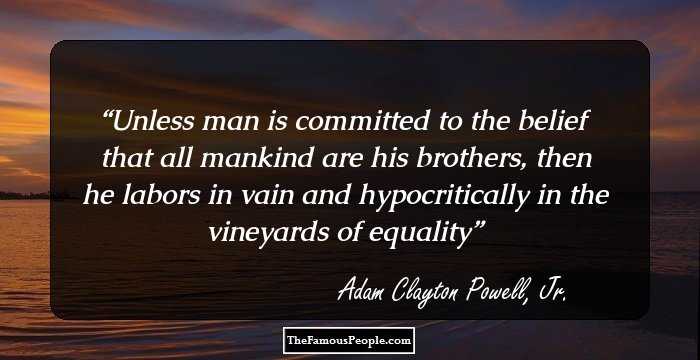 Unless man is committed to the belief that all mankind are his brothers, then he labors in vain and hypocritically in the vineyards of equality