Famous As: American Politician and First Openly Gay Man to be Elected to a Public Office in California
Born On: May 22, 1930
Died On: November 27, 1978
Born In: Woodmere, New York, United States
Founder / Co Founder: San Francisco Gay Democratic Club
Died At Age: 48
Harvey Milk was an American politician who became âthe first openly gay person to be electedâ in California to a public office. During his schooldays, he was great at both academics and sports and went on to serve the US Navy as a diving instructor. He further did various small jobs like that of a school teacher and stock analyst but was not happy with life. He is believed to have realized to be a gay during his teenage and kept it as a secret but he began to accept the fact after meeting some gay radicals during his last days in New York. He moved to San Francisco and opened a camera shop in an area which was majorly populated by gays. There he was actively involved in politics and soon gained a reputation as a leader of the gay community. His reputation got him the pseudonym as âMayor of Castro Streetâ which encouraged him to contest elections. He lost a couple of times but with the help of his federal connections, he managed to win a seat in the âSan Francisco City-County Boardâ to become the first gay official. During this time homosexuality was believed to be a mental disorder and he was seen as a threat to the society. This influenced his rival Dan White at the ministry to assassinate him. His significant contributions to the U.S were acknowledged by the U.S Navy and a tanker was named after him. His radical views and thoughts made headlines and are quite often quoted and shared. Here is a collection of thoughts and quotes by Milk which have been excerpted from his work and life. Read on the sayings and quotations by Harvey Milk which will inspire you to stand firmly for your rights.
Listed In:
Activists
Civil Rights Activists
Leaders 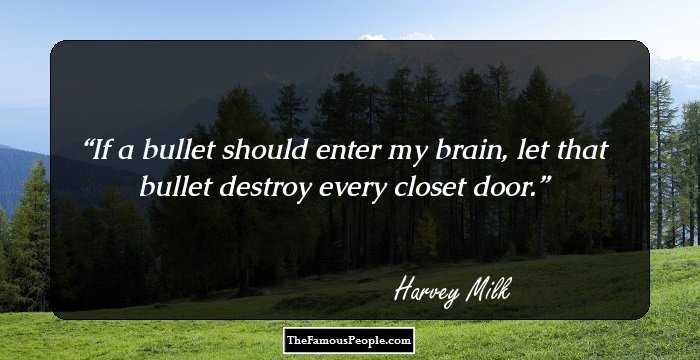 If a bullet should enter my brain, let that bullet destroy every closet door. 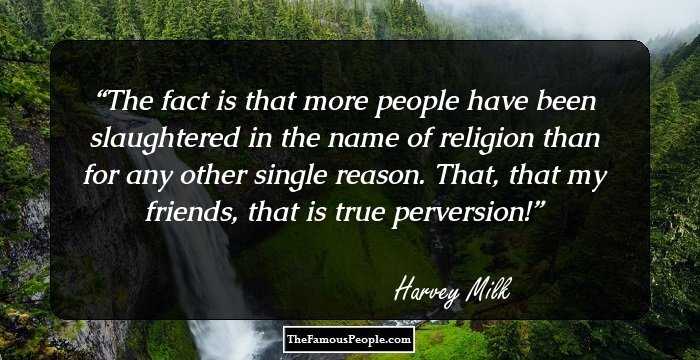 The fact is that more people have been slaughtered in the name of religion than for any other single reason. That, that my friends, that is true perversion! 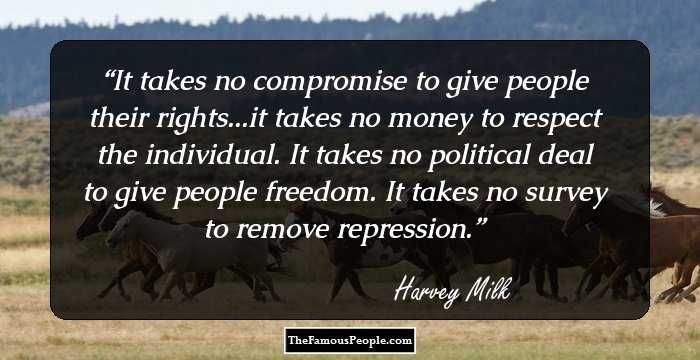 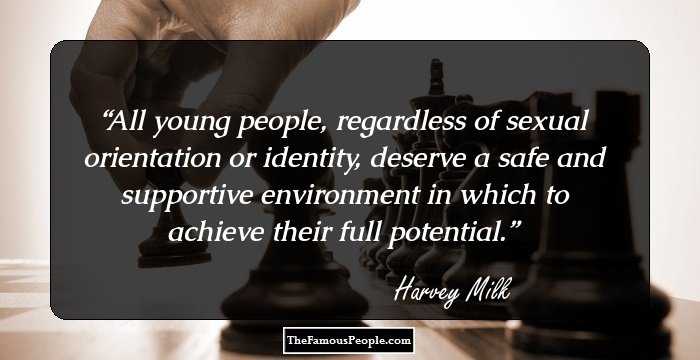 All young people, regardless of sexual orientation or identity, deserve a safe and supportive environment in which to achieve their full potential. 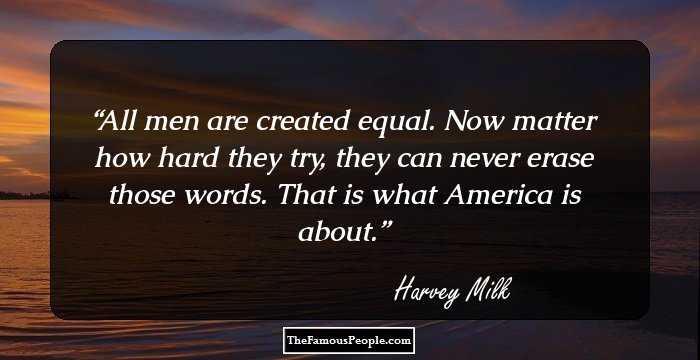 All men are created equal. Now matter how hard they try, they can never erase those words. That is what America is about. 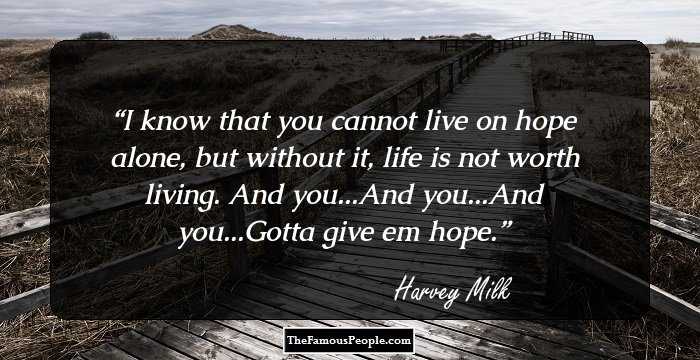 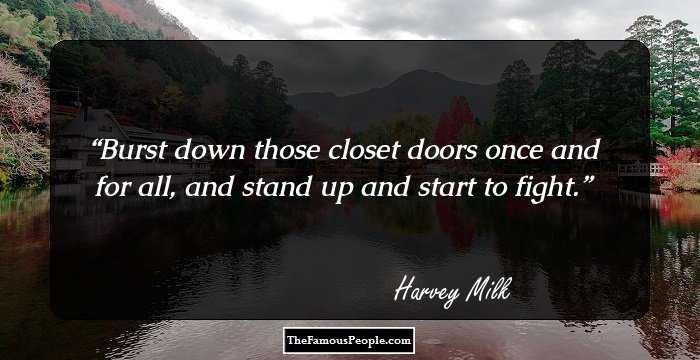 Burst down those closet doors once and for all, and stand up and start to fight. 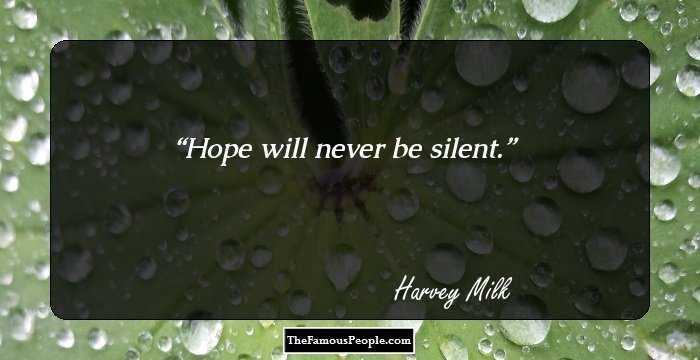 Hope will never be silent. 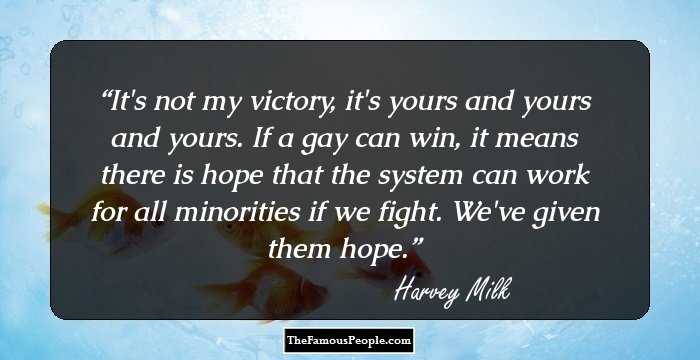 It's not my victory, it's yours and yours and yours. If a gay can win, it means there is hope that the system can work for all minorities if we fight. We've given them hope. 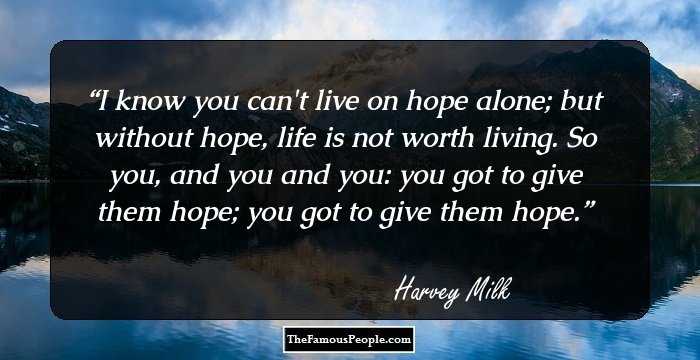 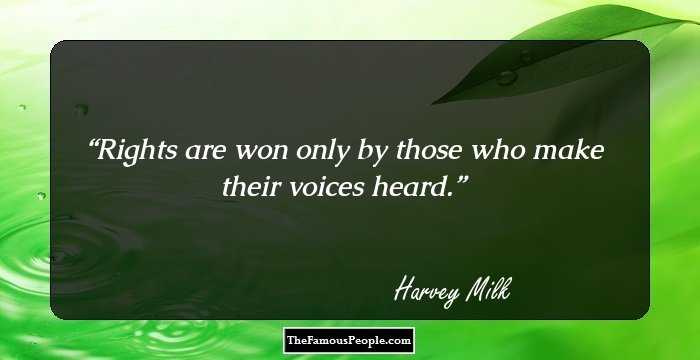 Rights are won only by those who make their voices heard. 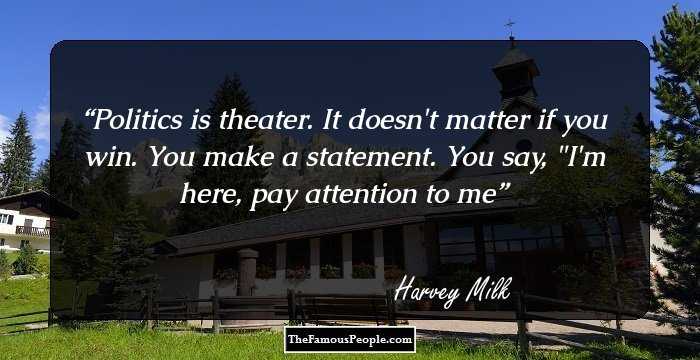 Politics is theater. It doesn't matter if you win. You make a statement. You say, "I'm here, pay attention to me

You Me
Harvey Milk 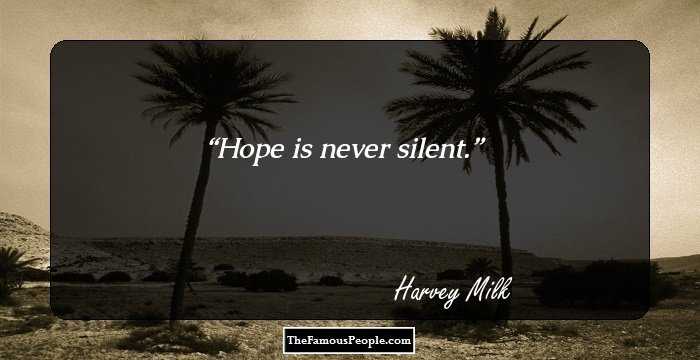 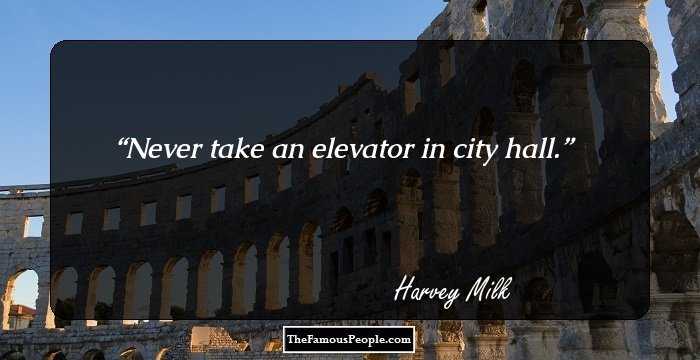 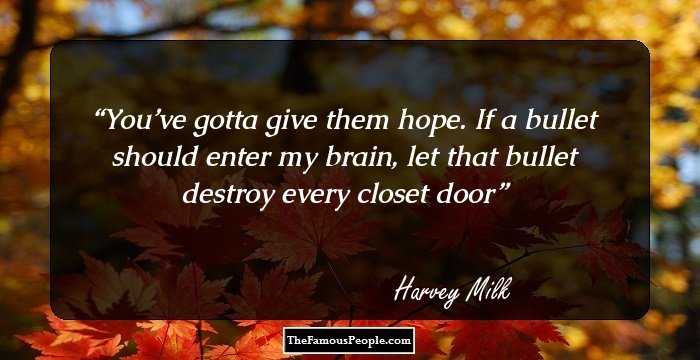 You’ve gotta give them hope. If a bullet should enter my brain, let that bullet destroy every closet door