Famous As: Writer
Born On: August 1, 1881
Died On: October 30, 1958
Born In: Rugby, England
Died At Age: 77
Rose Macaulay was an English non-fiction writer known for her novels, autobiographies and travelogues. She debuted as a writer with âAbbots Verneyâ followed by some other unsuccessful novels before her first successful novel âThe Lee Shoreâ. She briefly served as a nurse and land girl during the First World War to return back with a series of satirical comic novels, including her first best-seller âPotterismâ. This book helped her establish a reputation as a writer which was further increased with âDangerous Agesâ. This was followed by various novels. She turned to feed her love for history by publishing her historical novel titled âThey Were Defeatedâ while publishing some of her fictional novels. She took a break from writing during the Second World War to return with her travelogues like âThey Went to Portugalâ and a fictional novel. Her last novel titled âThe Towers of Trebizondâ became the most notable work of her life. We bring to a compilation of quotations and sayings by the popular writer which have been collected from her writings, thoughts, work and life. Go through the quotes and thoughts by Rose Macaulay which has a deep meaning and justify her intellect.
Listed In:
Writers 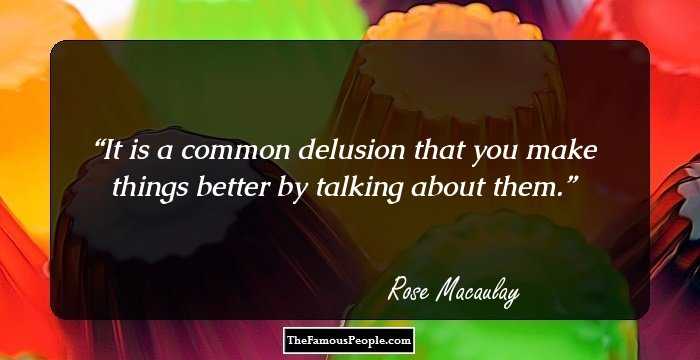 It is a common delusion that you make things better by talking about them. 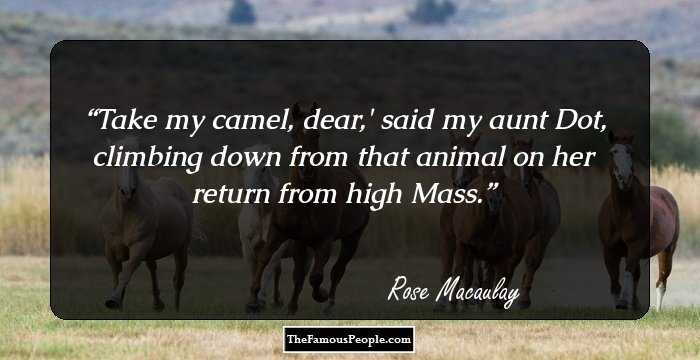 Take my camel, dear,' said my aunt Dot, climbing down from that animal on her return from high Mass. 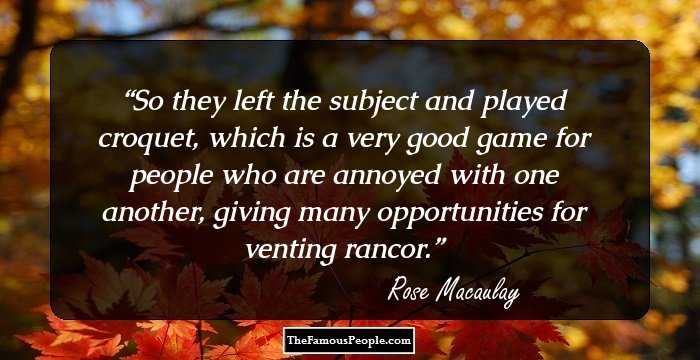 So they left the subject and played croquet, which is a very good game for people who are annoyed with one another, giving many opportunities for venting rancor. 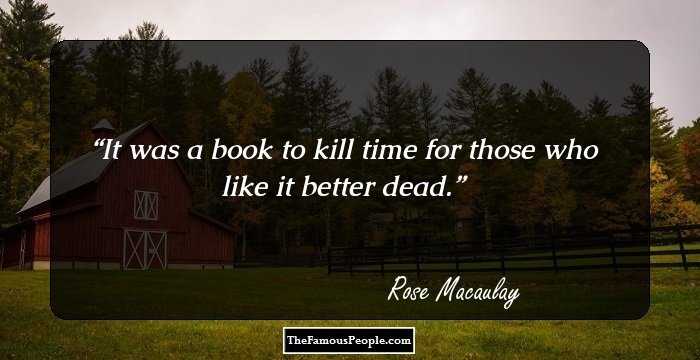 It was a book to kill time for those who like it better dead. 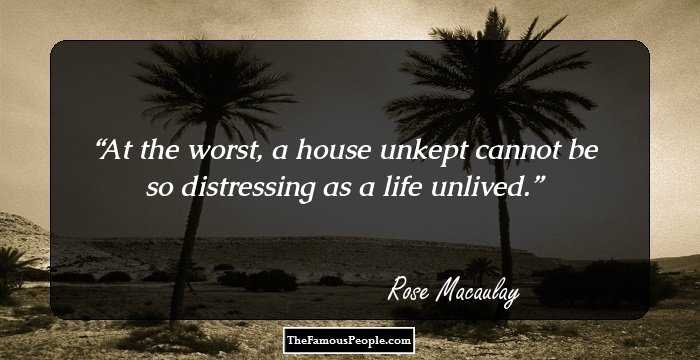 At the worst, a house unkept cannot be so distressing as a life unlived. 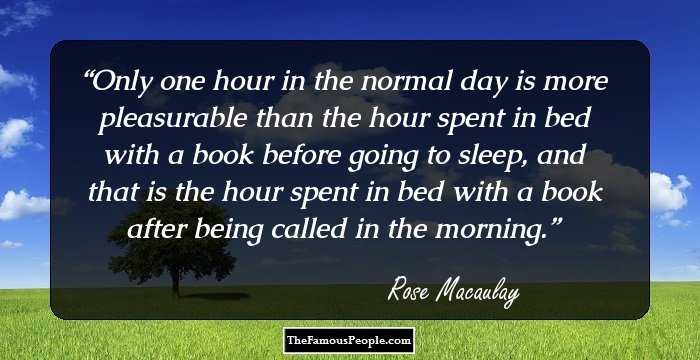 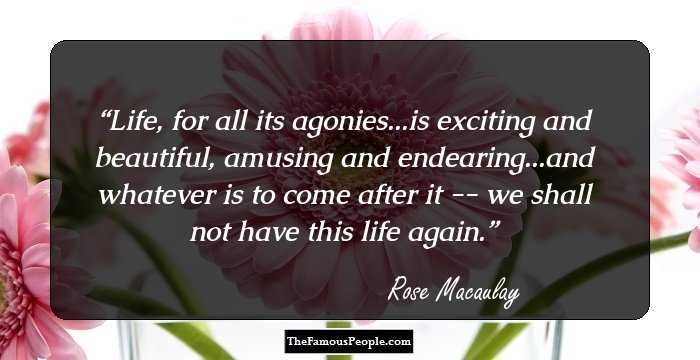 Life, for all its agonies...is exciting and beautiful, amusing and endearing...and whatever is to come after it -- we shall not have this life again. 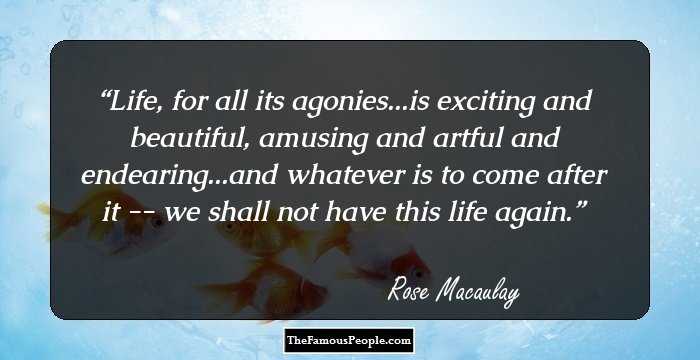 Life, for all its agonies...is exciting and beautiful, amusing and artful and endearing...and whatever is to come after it -- we shall not have this life again. 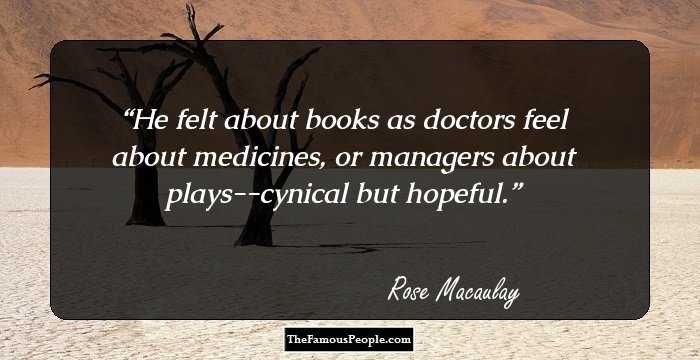 He felt about books as doctors feel about medicines, or managers about plays--cynical but hopeful.