Famous As: Artist
Born On: June 7, 1848
Died On: May 8, 1903
Born In: Paris, France
Died At Age: 54
Paul Gauguin was a legendary French painter known for his unconventional style of painting. His synthetic style and empirical use of colors is believed to have inspired many modern day artists like Pablo Picasso. He was inclined towards painting from an early age as a sideline. He served the French Navy and worked as a stockbroker before starting his painting career. One of his paintings was selected at the renowned art show of Paris called âSalon of 1876â. This brought him into the limelight and he attracted the Impressionist group with his unique artistic skill. This group matched his ideologies of challenging traditional styles, and he was allowed to exhibit his painting with legendary artists like Pissarro. A couple of his most popular paintings are 'Vision of the Sermonâ and âThe Yellow Christâ. He did not like the rules of the European Society and moved to Tahiti in search of creative freedom. There he blended the native ideas with his original ideas to make fascinating paintings. His most notable painting was âLa Orana Mariaâ which according to Gauguin portrayed a goddess. He returned to France to show his works in Tahiti but these works had a low response level as the critics were unable to understand his style. His paintings gained recognition after his death. Here is a treasure trove of quotations and sayings by the celebrated painter that will paint your life with rainbow colors. Go through the inspiring thoughts and quotes by Paul Gauguin.
Listed In:
Painters 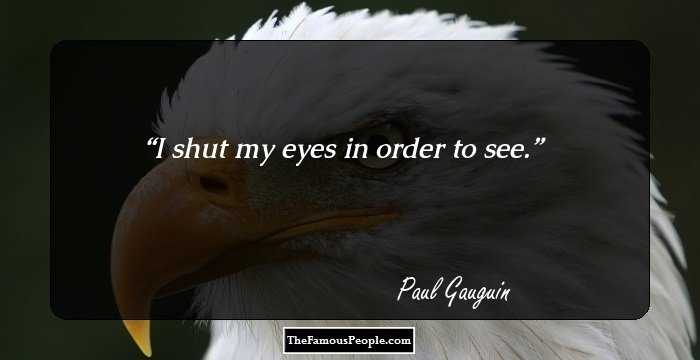 I shut my eyes in order to see. 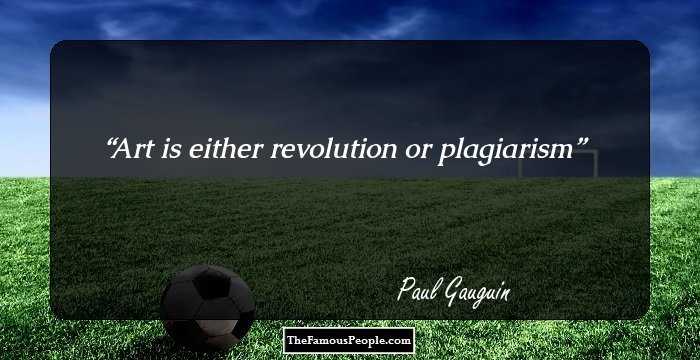 Art is either revolution or plagiarism 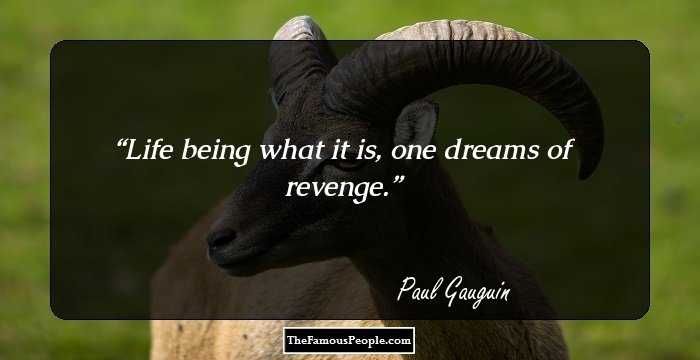 Life being what it is, one dreams of revenge. 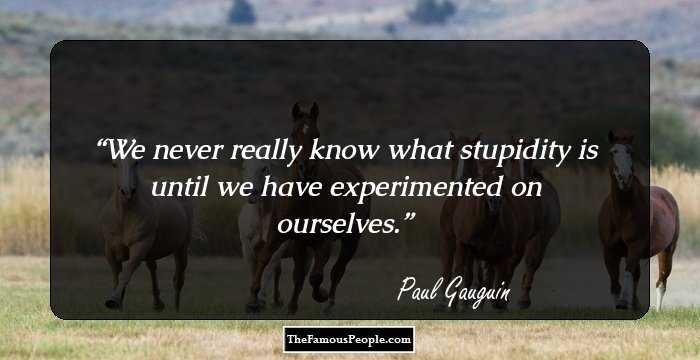 We never really know what stupidity is until we have experimented on ourselves. 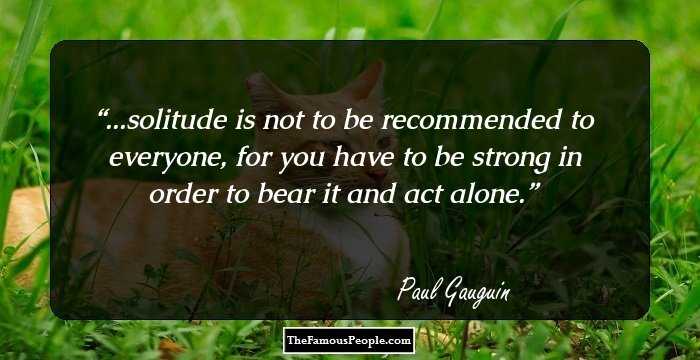 ...solitude is not to be recommended to everyone, for you have to be strong in order to bear it and act alone. 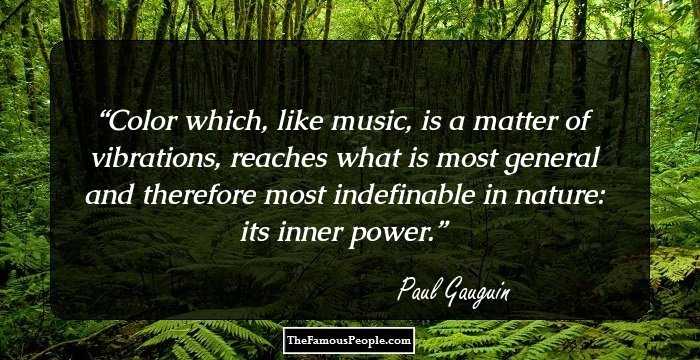 Color which, like music, is a matter of vibrations, reaches what is most general and therefore most indefinable in nature: its inner power. 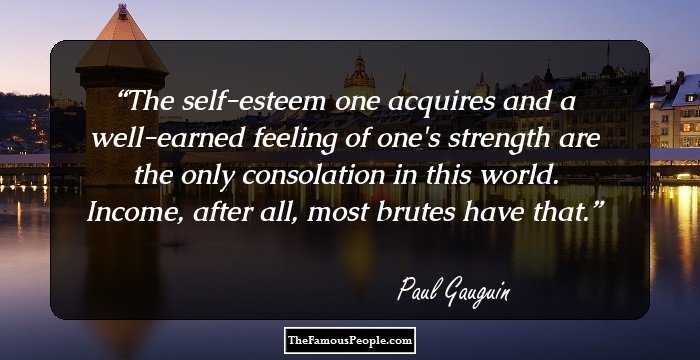 The self-esteem one acquires and a well-earned feeling of one's strength are the only consolation in this world. Income, after all, most brutes have that. 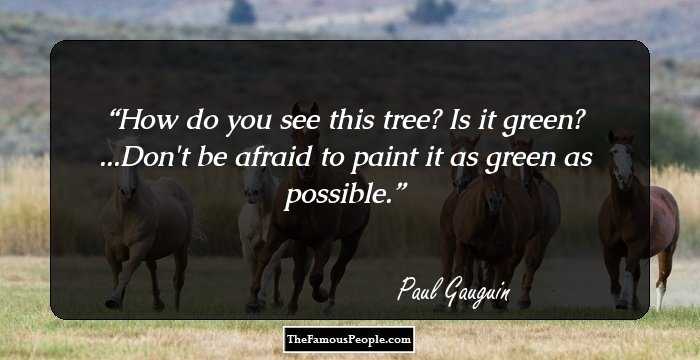 How do you see this tree? Is it green? ...Don't be afraid to paint it as green as possible. 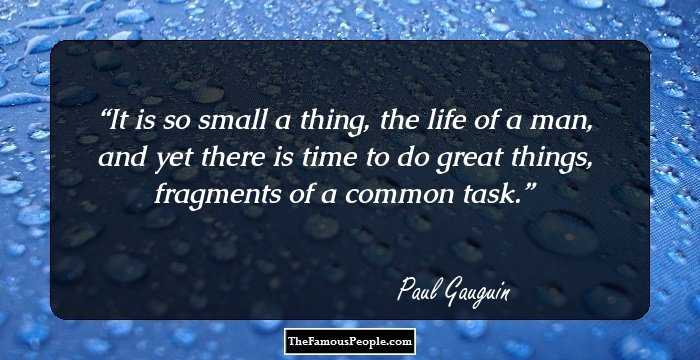 It is so small a thing, the life of a man, and yet there is time to do great things, fragments of a common task. 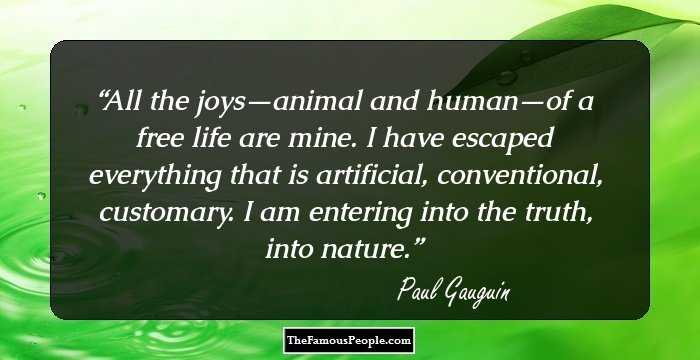 All the joys—animal and human—of a free life are mine. I have escaped everything that is artificial, conventional, customary. I am entering into the truth, into nature. 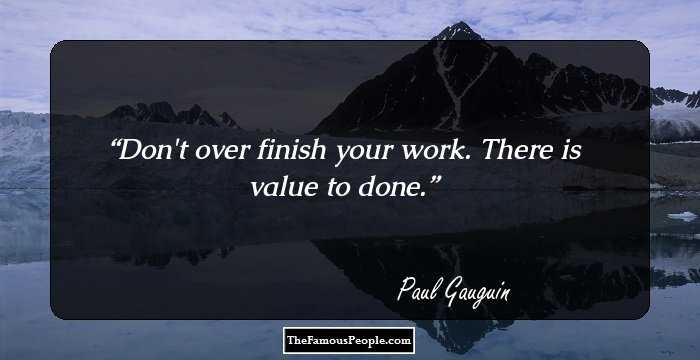 Don't over finish your work. There is value to done. 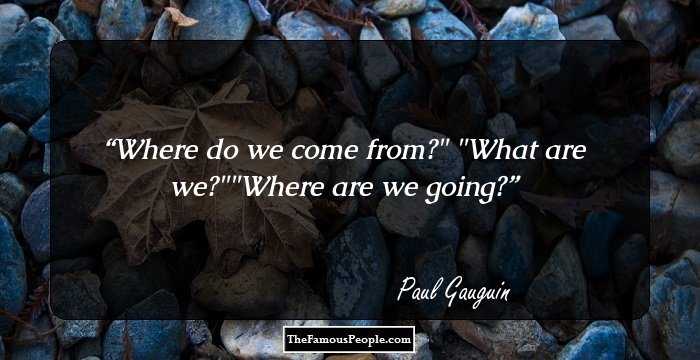 Where do we come from?" "What are we?""Where are we going? 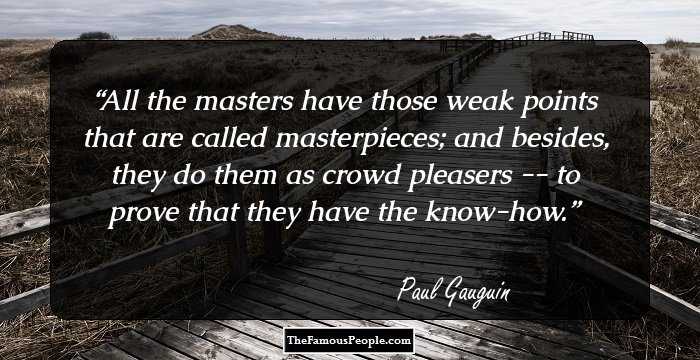 All the masters have those weak points that are called masterpieces; and besides, they do them as crowd pleasers -- to prove that they have the know-how. 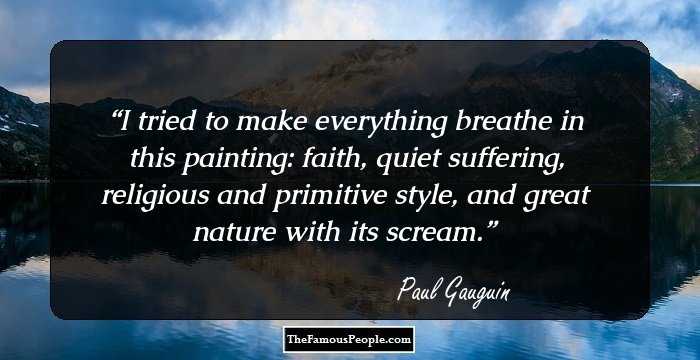 I tried to make everything breathe in this painting: faith, quiet suffering, religious and primitive style, and great nature with its scream. 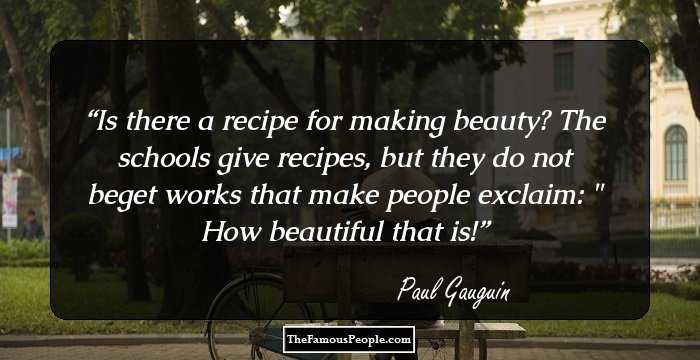 Is there a recipe for making beauty? The schools give recipes, but they do not beget works that make people exclaim: " How beautiful that is! 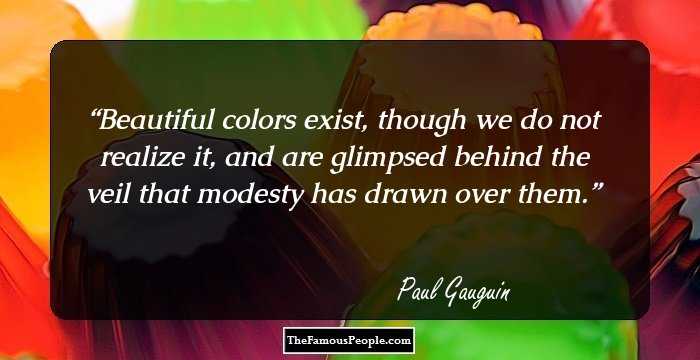 Beautiful colors exist, though we do not realize it, and are glimpsed behind the veil that modesty has drawn over them. 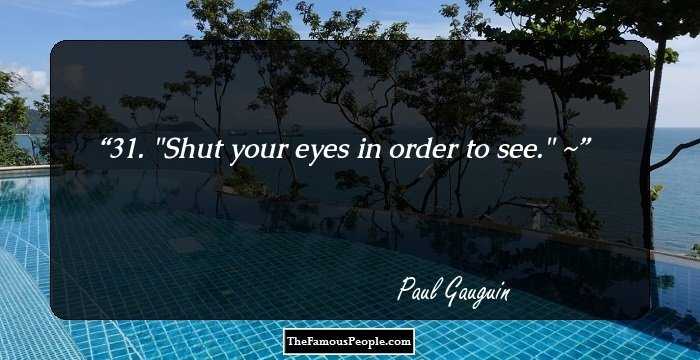 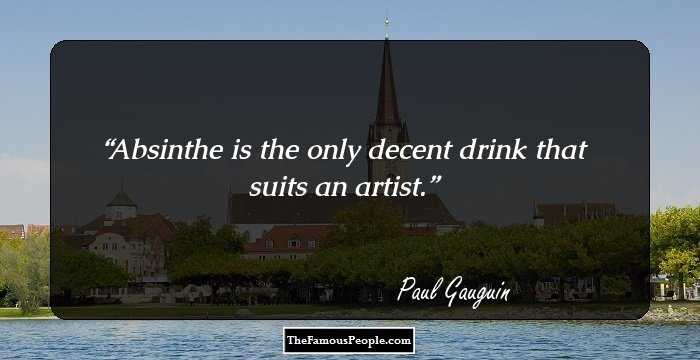 Absinthe is the only decent drink that suits an artist. 40 Famous Quotes By Marjane Satrapi, The Author of Persepolis