Famous As: Jewish-French Artist Who was a Pioneer of Modernism
Born On: July 6, 1887
Died On: March 28, 1985
Born In: Lizona, Belarus
Died At Age: 97
Marc Zakharovich Chagall was a French artist of Russian descent, who rose to prominence in the 20th century and is particularly famed for be-ing an extremely versatile artist, who produced works across a vast genre during his career that spanned several decades. Chagall was a modernist and one of the earliest ones, which is why it would not be an ex-aggeration to say that he was an extremely influential artist. According to a prominent art critic, his art had a special characteristic that put forward his Jewish sensibilities like no other artist of the time. However, it is important to point out that Chagall himself was not a religious man and had stated that his art was universal in nature without any religious overtones. Chagall is counted among the most important pioneers of modernism in art and some of his most well-known exhibits are done on stained glass. Chagall was without doubt a deep thinker and was re-sponsible for using Fauvism, Symbolism and Cubism in his work to give rise to a completely new artistic style. He was a remarkably cosmopolitan artist who spent his life in different countries across Europe and became an influence everywhere he went. Marc Chagall has expressed his thoughts on a variety of subjects and his thoughts have profoundly influenced people all over the world. We have curated his quotes from his take and perspective on various things. Here is a collection of some of notable quotes and sayings on imagination, nature, art, life, money and other things.
Listed In:
Painters
Quotes by Famous People 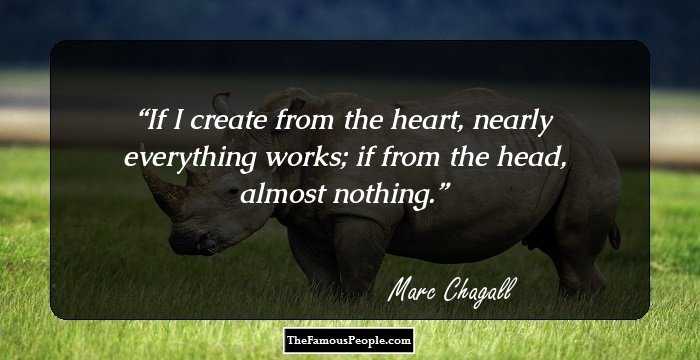 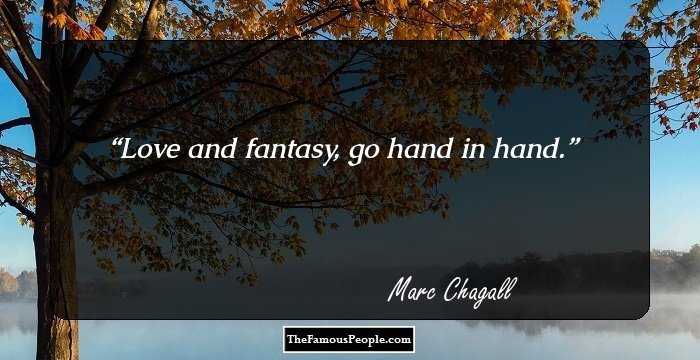 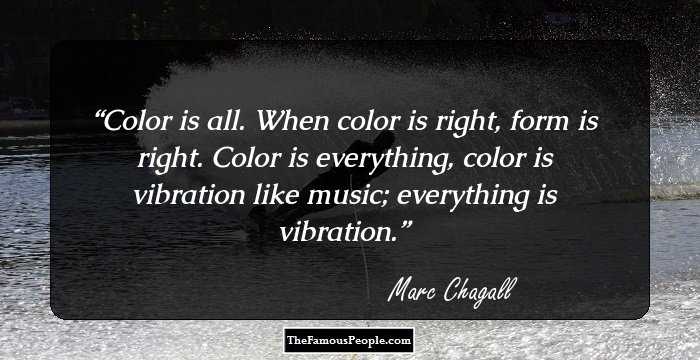 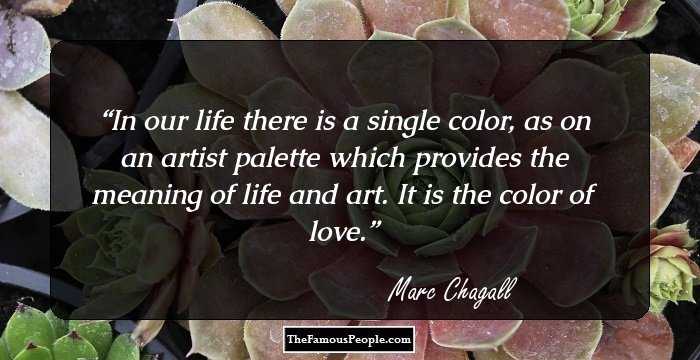 In our life there is a single color, as on an artist palette which provides the meaning of life and art. It is the color of love. 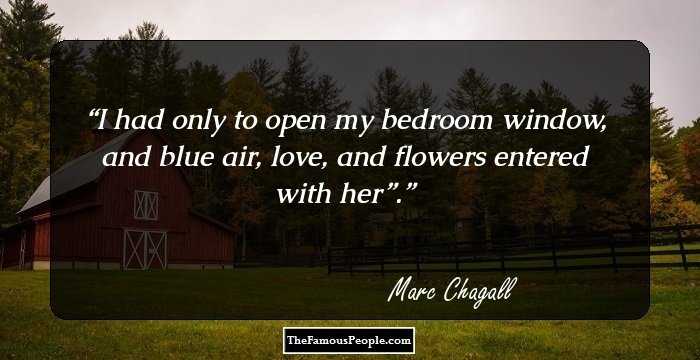 I had only to open my bedroom window, and blue air, love, and flowers entered with her”. 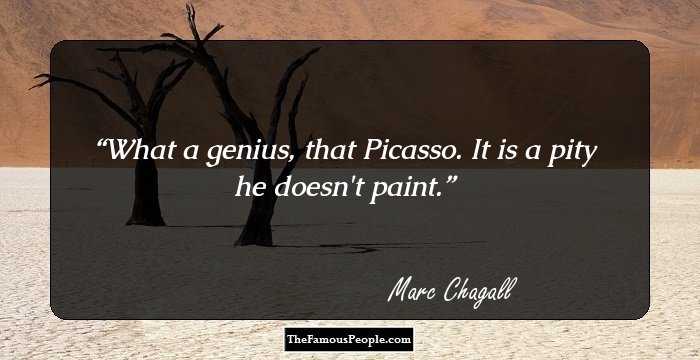 What a genius, that Picasso. It is a pity he doesn't paint. 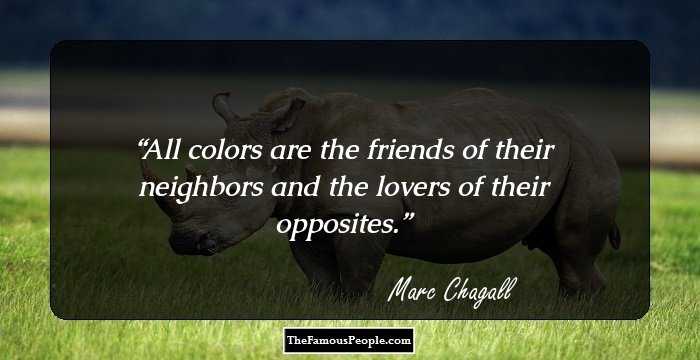 All colors are the friends of their neighbors and the lovers of their opposites. 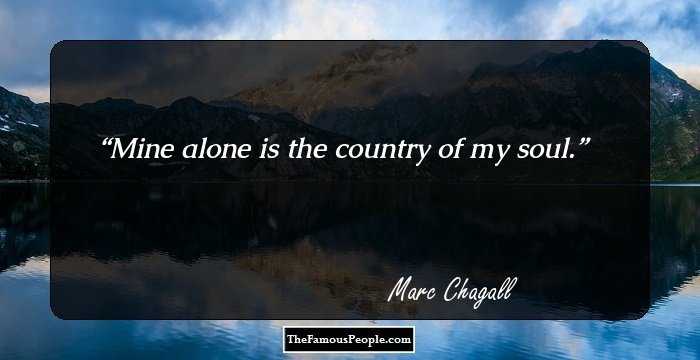 Mine alone is the country of my soul. 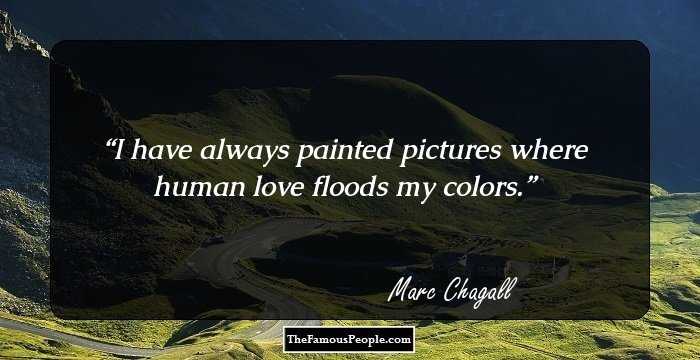 I have always painted pictures where human love floods my colors. 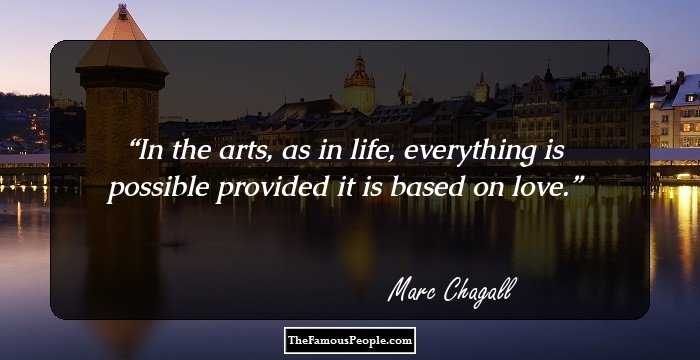 In the arts, as in life, everything is possible provided it is based on love. 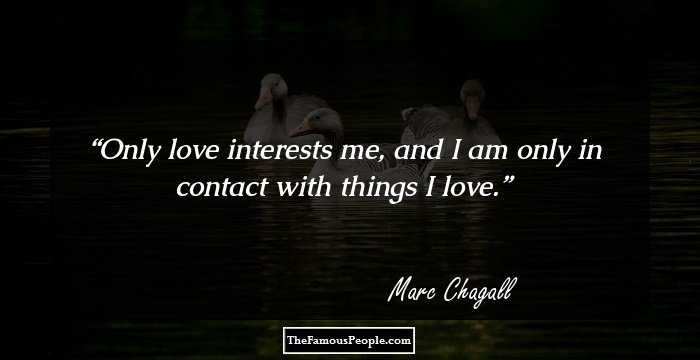 Only love interests me, and I am only in contact with things I love.

Me Love I
Marc Chagall 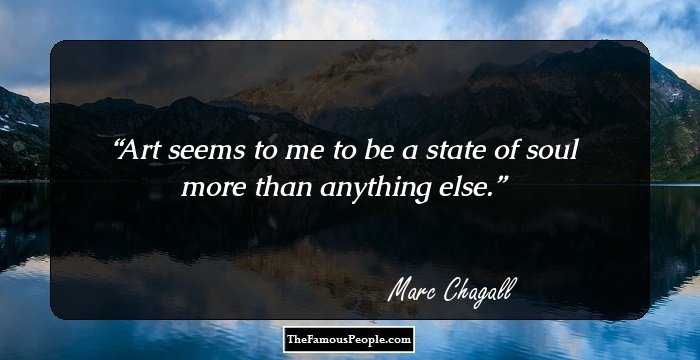 Art seems to me to be a state of soul more than anything else. 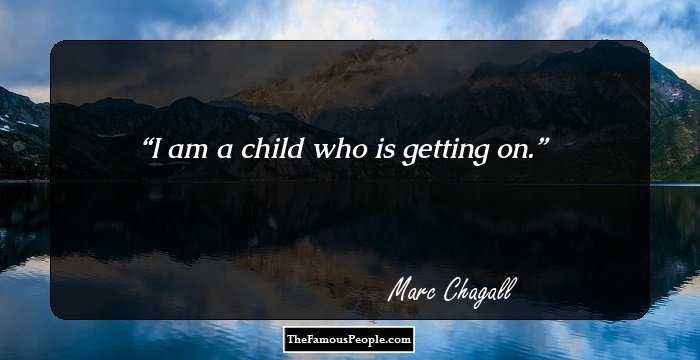 I am a child who is getting on. 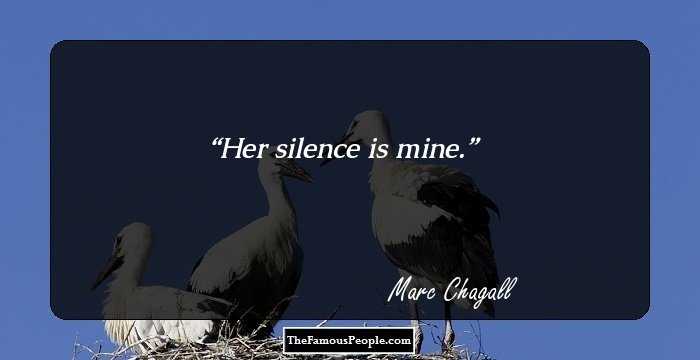 Her silence is mine. 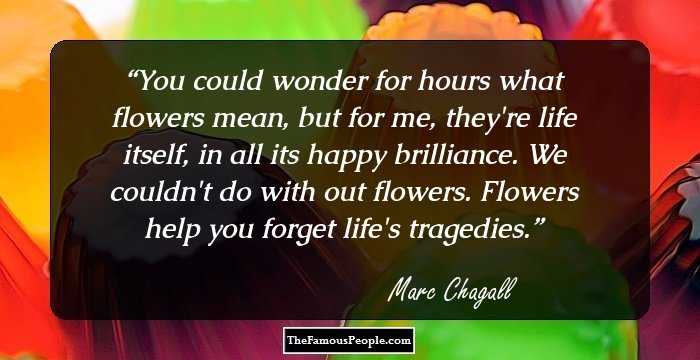 You could wonder for hours what flowers mean, but for me, they're life itself, in all its happy brilliance. We couldn't do with out flowers. Flowers help you forget life's tragedies.

You Life Me
Marc Chagall 31 Insightful Quotes By Pierre de Coubertin For The Sports Lover 55 Inspiring Quotes By Joan of Arc For The Brave Hearts