Patricia Neal was an American stage and screen actress. Her noteworthy films credits include âBreakfast at Tiffanyâs,â âA Face in The Crowd,â and âThe Day the Earth Stood Still.â She earned an âAcademy Awardâ for her phenomenal performance in âHud.â She also appeared in historical drama television series âThe Waltons,â and in the television film âThe Homecoming: A Christmas Story.â Following is a collection of famous quotes by Patricia Neal on acting, actresses, strength, tragedy, life, women, memories, Hollywood, attitude, will, positivity, expectations, love, experiences, time, teachings and more. 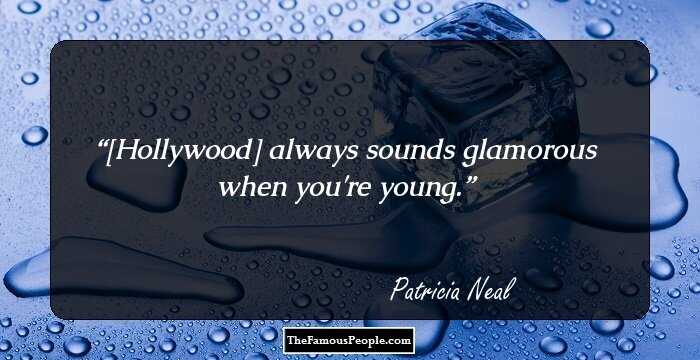 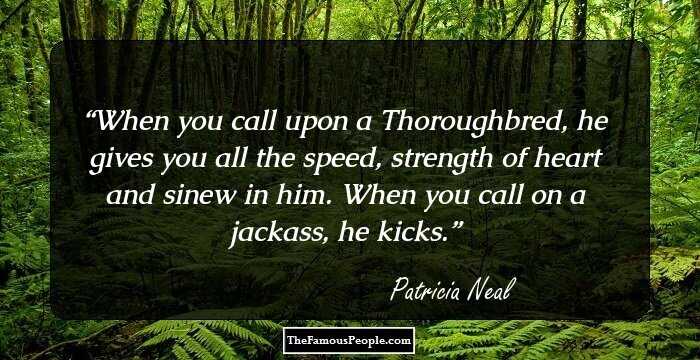 When you call upon a Thoroughbred, he gives you all the speed, strength of heart and sinew in him. When you call on a jackass, he kicks. 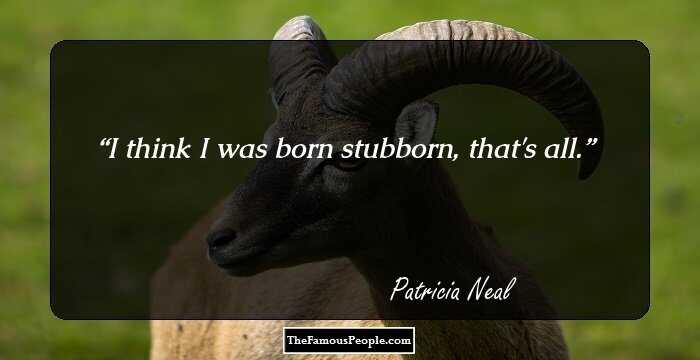 I think I was born stubborn, that's all. 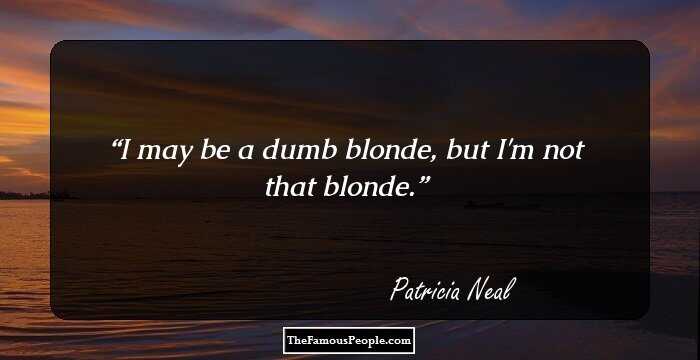 I may be a dumb blonde, but I'm not that blonde. 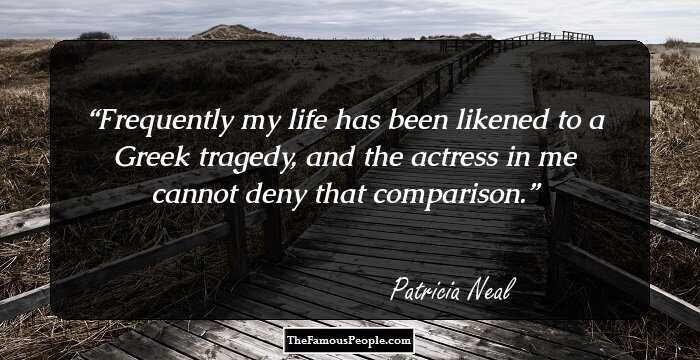 Frequently my life has been likened to a Greek tragedy, and the actress in me cannot deny that comparison. 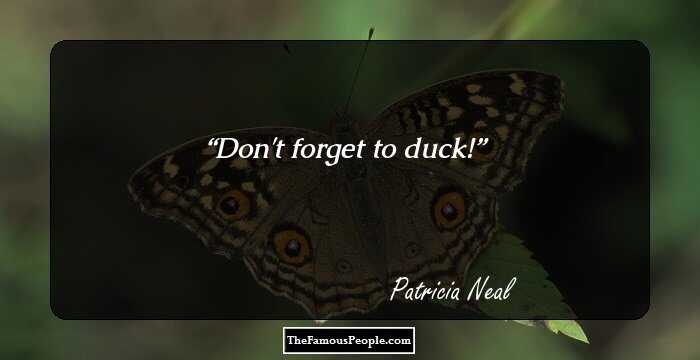 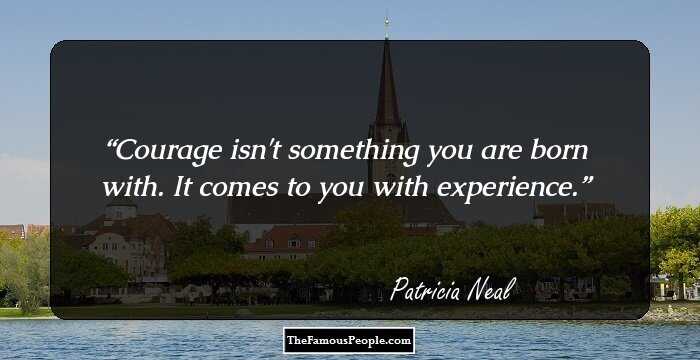 Courage isn't something you are born with. It comes to you with experience. 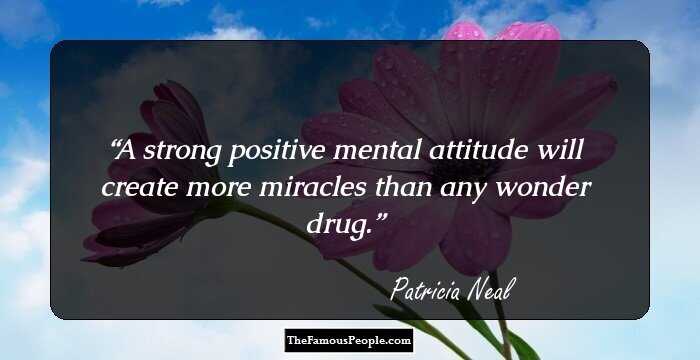 A strong positive mental attitude will create more miracles than any wonder drug. 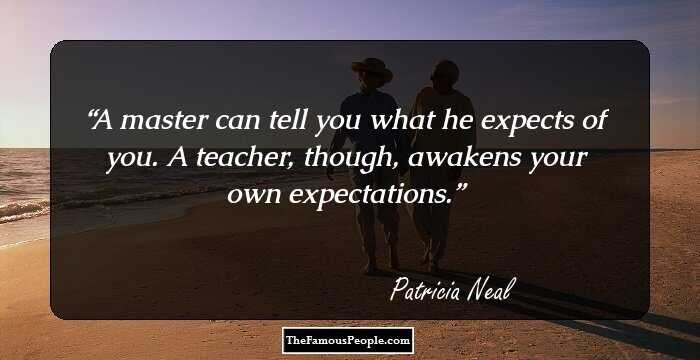 A master can tell you what he expects of you. A teacher, though, awakens your own expectations.