Dakota Johnson is an American model and actress. âCrazy in Alabamaâ marked her acting debut. She next appeared in âThe Social Network,â where she played a minor part followed by supporting roles in âThe Five Year Engagement,â â21 Jump Street,â and âGoats.â She earned a âBAFTA Rising Stars Awardâ nomination her performance in âFifty Shades film series.â Some of her other notable works include âA Bigger Splash,â âBad Times at the El Royale,â âBlack Mass,â âThe Peanut Butter Falcom,â âSuspiria,â and âWounds,â besides various others. Here is a collection of famous sayings by Dakota Johnson which have been excerpted from her movies, interviews and dialogues. Read through the compilation of interesting quotes by Dakota Johnson on character, thinking, love, soul, comedy, heart, shame, beautiful, home, family, and more. 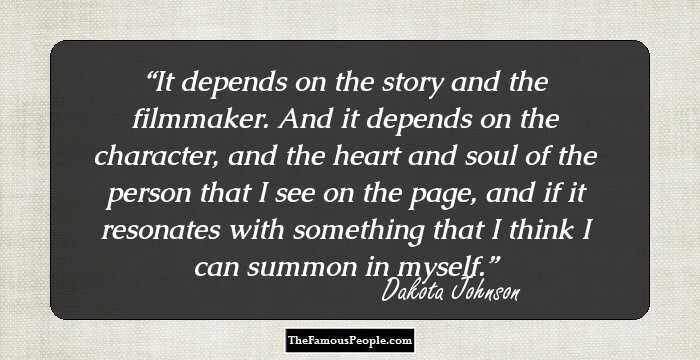 It depends on the story and the filmmaker. And it depends on the character, and the heart and soul of the person that I see on the page, and if it resonates with something that I think I can summon in myself. 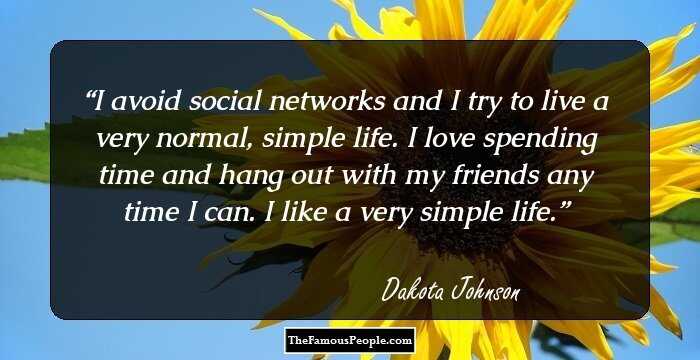 I avoid social networks and I try to live a very normal, simple life. I love spending time and hang out with my friends any time I can. I like a very simple life. 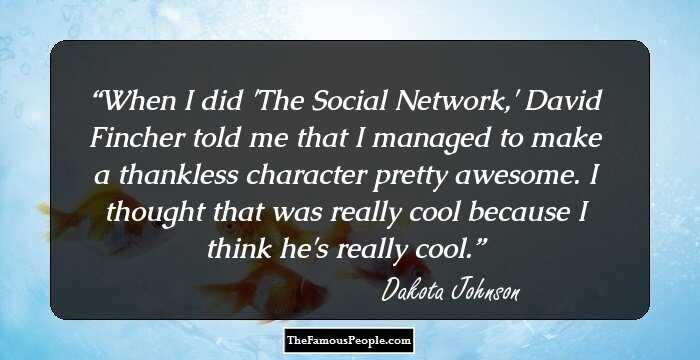 When I did 'The Social Network,' David Fincher told me that I managed to make a thankless character pretty awesome. I thought that was really cool because I think he's really cool. 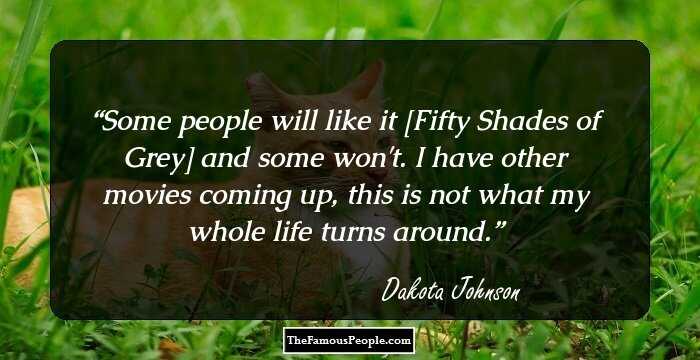 Some people will like it [Fifty Shades of Grey] and some won't. I have other movies coming up, this is not what my whole life turns around. 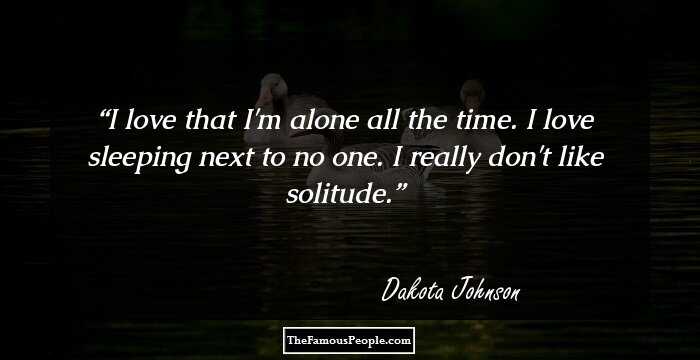 I love that I'm alone all the time. I love sleeping next to no one. I really don't like solitude. 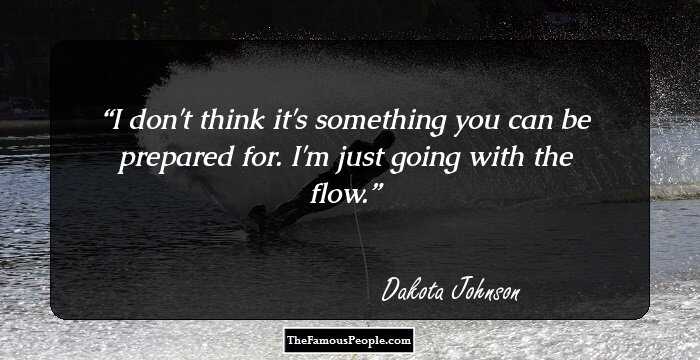 I don't think it's something you can be prepared for. I'm just going with the flow. 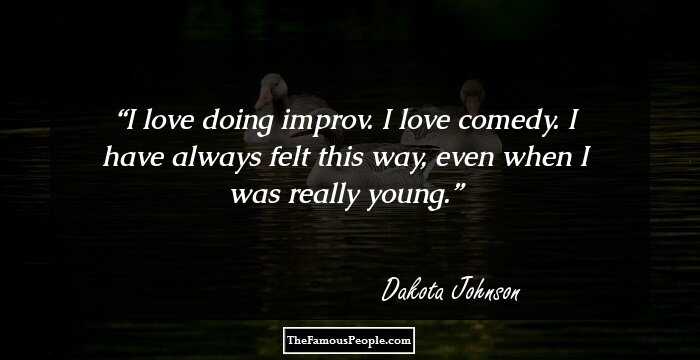 I love doing improv. I love comedy. I have always felt this way, even when I was really young. 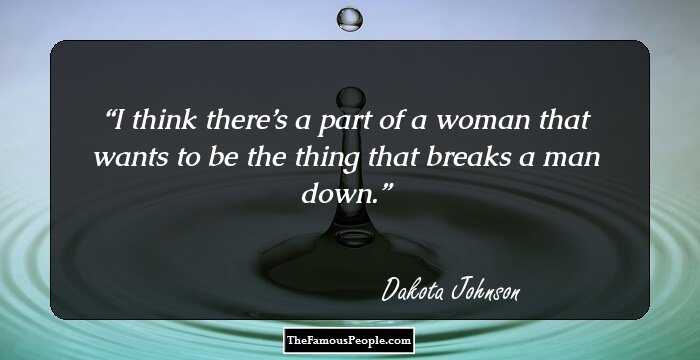 I think thereâs a part of a woman that wants to be the thing that breaks a man down. 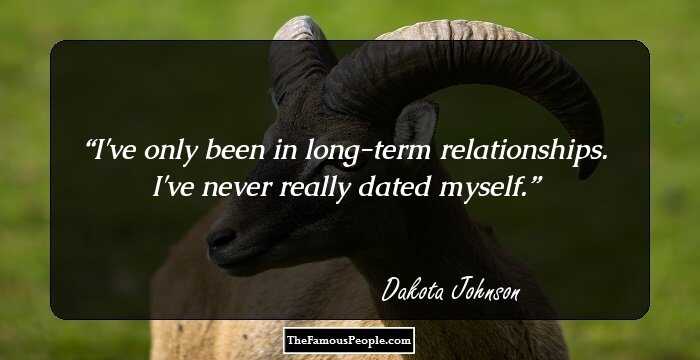 I've only been in long-term relationships. I've never really dated myself. 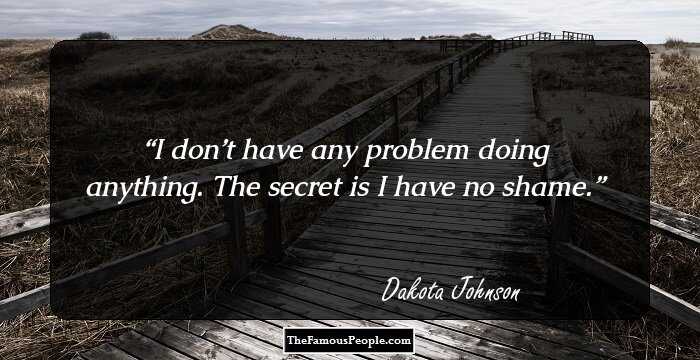 I donât have any problem doing anything. The secret is I have no shame. 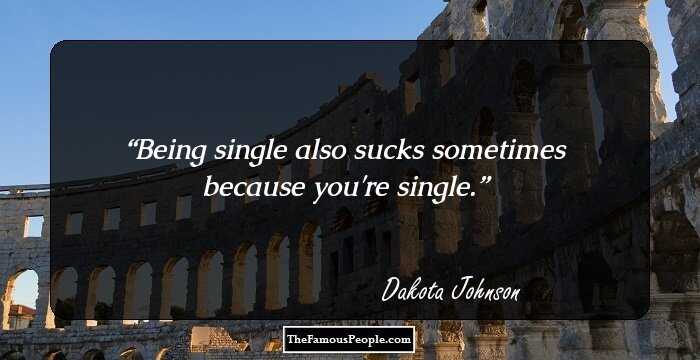 Being single also sucks sometimes because you're single. 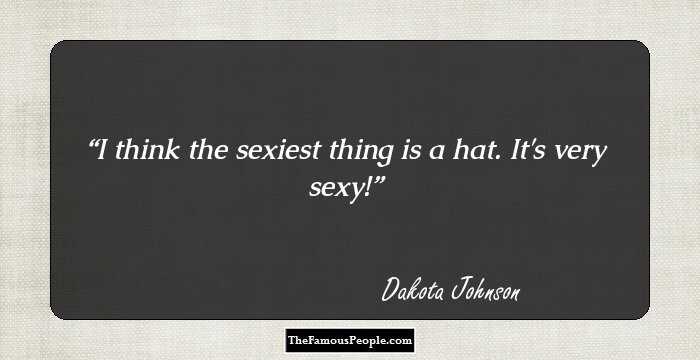 I think the sexiest thing is a hat. It's very sexy! 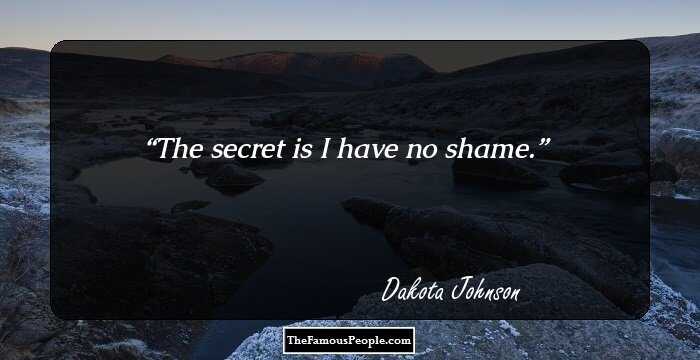 The secret is I have no shame.

There are some days when I can do my thing and be in the world and walk around, and it's fine. And then there are other days where it's totally not fine, and I want to crawl into a hole and die. And it's the most invasive and worst.

I had to be physically and emotionally naked, show both my body and soul. I felt emotionally vulnerable and physically exposed, it was a hard choice to make but I was intrigued since the beginning. I think that...the things that scare you the most are the ones you gotta do.

I was attracted to the positive outlook on women especially exploring relationships with different people and being confident and comfortable and strong. That was the kind of thing that was appealing to me, because that's what's real, and that's honest, and it's nothing to be ashamed of. That's what single women do.

I still feel like I don't know what I'm doing. Like, I'm unsure of what my life will be like. I mean, I have such an obsession with making movies that I probably will always do that. But sometimes my life can feel so suffocating, and then it can feel so massive, like I don't have a handle on it at all, and I don't know where it's going or what I'm going to do. Right now, I'm known for making movies. And I wonder if that's it. I don't know. It doesn't feel like it to me.