Olivia de Havilland was a well-known British-American actress. One of the leading actresses from her time, her career spanned over five decades. She gained prominence with films like âThe Adventures of Robin Hoodâ and âCaptain Blood.â She bagged in her first âAcademy Awardâ nomination for her performance in âGone with The Wind.â She held the feat of the earliest surviving and oldest living Academy Award-winner until she died in 2020. Some of her other notable works include âRomeo and Juliet,â âThe Heiress,â âHold Back the Dawn,â âRoots: The Next Generation,â âThe Snake Pit,â âAnastasia: The Mystery of Anna,â and âTo Each His Own,â amongst various others. We bring to you a treasure trove of popular sayings by Olivia de Havilland which have been excerpted from her films and interviews. 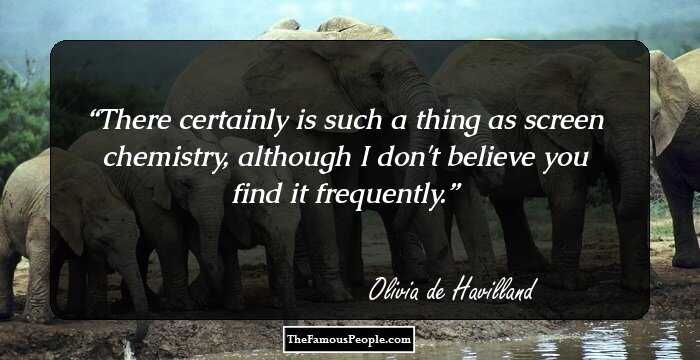 There certainly is such a thing as screen chemistry, although I don't believe you find it frequently. 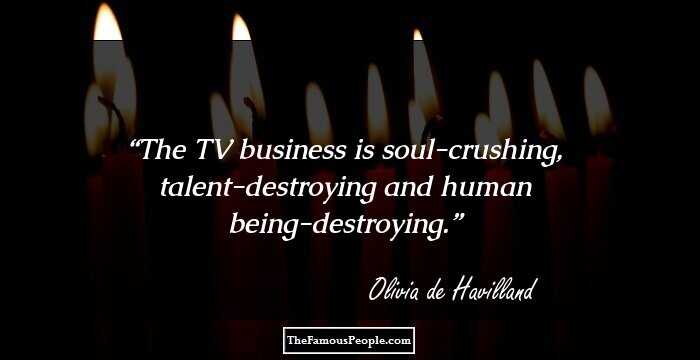 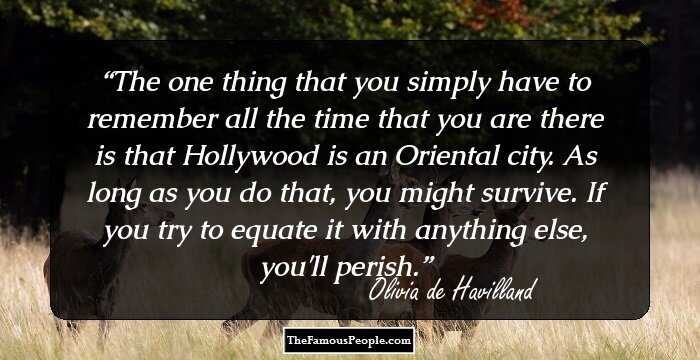 The one thing that you simply have to remember all the time that you are there is that Hollywood is an Oriental city. As long as you do that, you might survive. If you try to equate it with anything else, you'll perish. 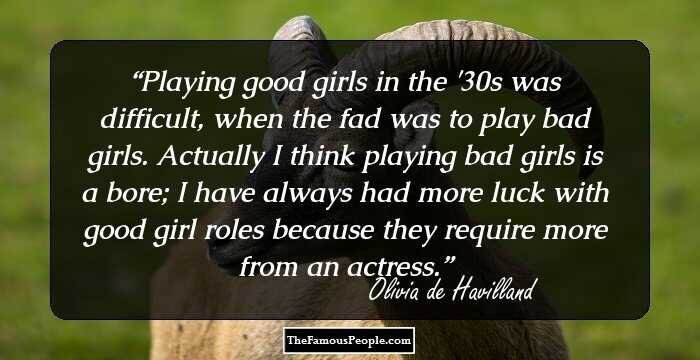 Playing good girls in the '30s was difficult, when the fad was to play bad girls. Actually I think playing bad girls is a bore; I have always had more luck with good girl roles because they require more from an actress. 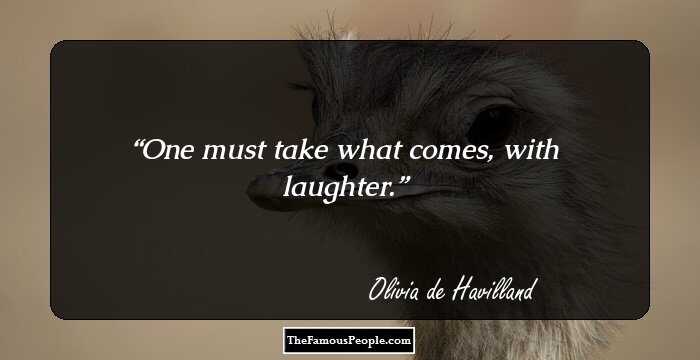 One must take what comes, with laughter. 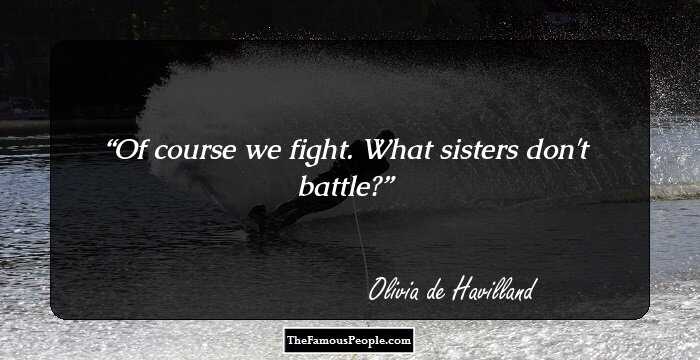 Of course we fight. What sisters don't battle? 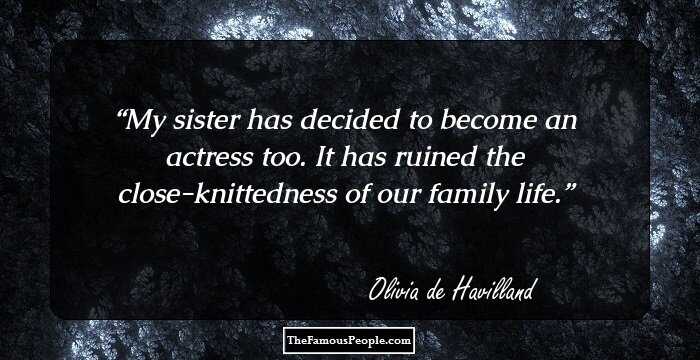 My sister has decided to become an actress too. It has ruined the close-knittedness of our family life. 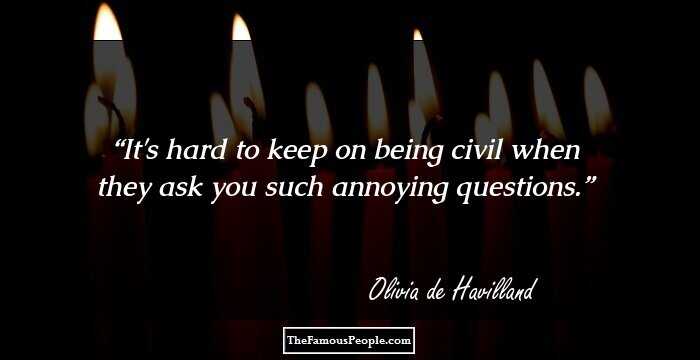 It's hard to keep on being civil when they ask you such annoying questions. 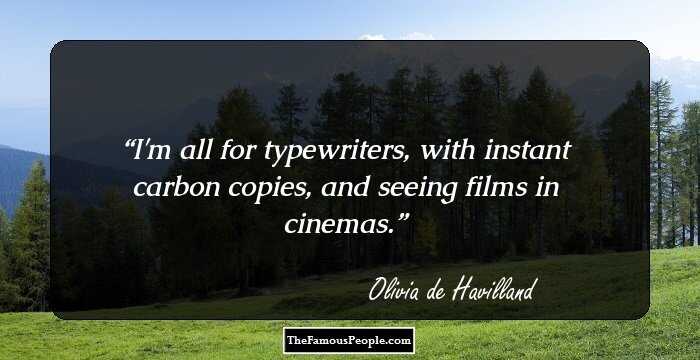 I'm all for typewriters, with instant carbon copies, and seeing films in cinemas. 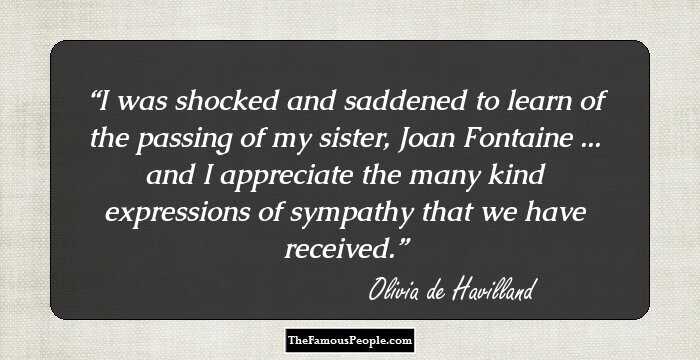 I was shocked and saddened to learn of the passing of my sister, Joan Fontaine ... and I appreciate the many kind expressions of sympathy that we have received. 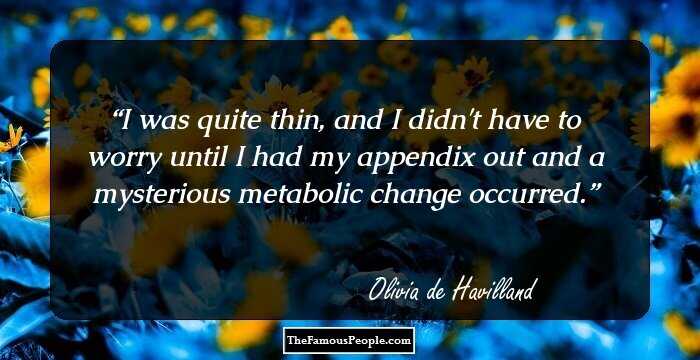 I was quite thin, and I didn't have to worry until I had my appendix out and a mysterious metabolic change occurred. 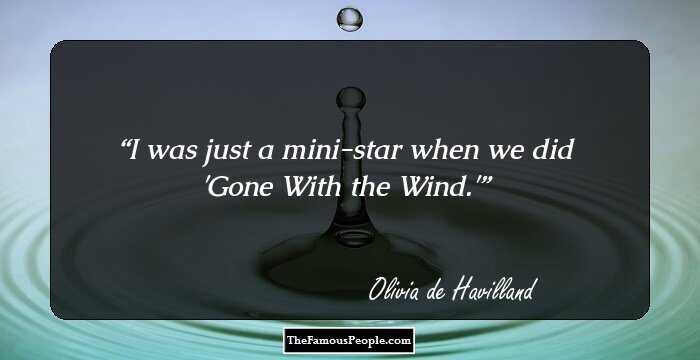 I was just a mini-star when we did 'Gone With the Wind.' 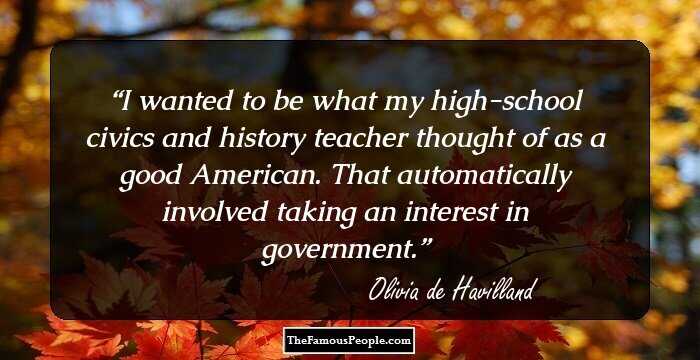 I wanted to be what my high-school civics and history teacher thought of as a good American. That automatically involved taking an interest in government. 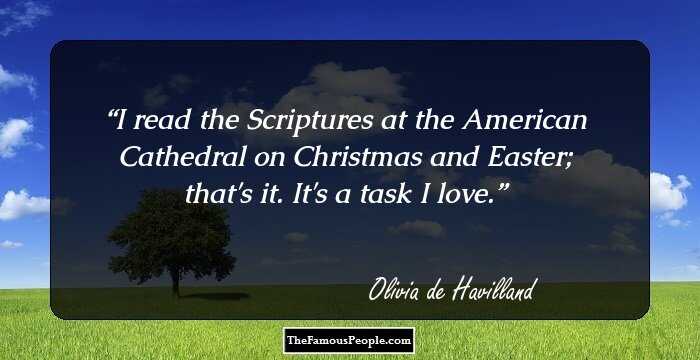 I read the Scriptures at the American Cathedral on Christmas and Easter; that's it. It's a task I love. 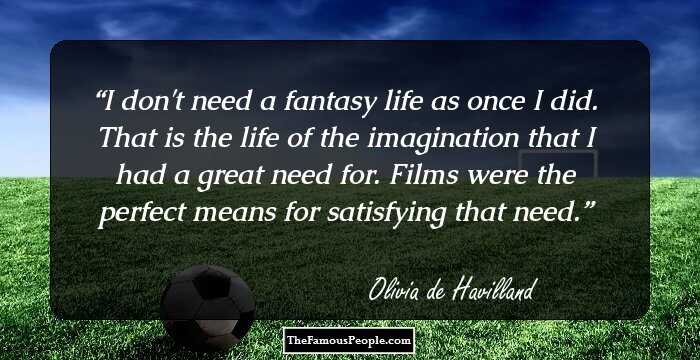 I don't need a fantasy life as once I did. That is the life of the imagination that I had a great need for. Films were the perfect means for satisfying that need. 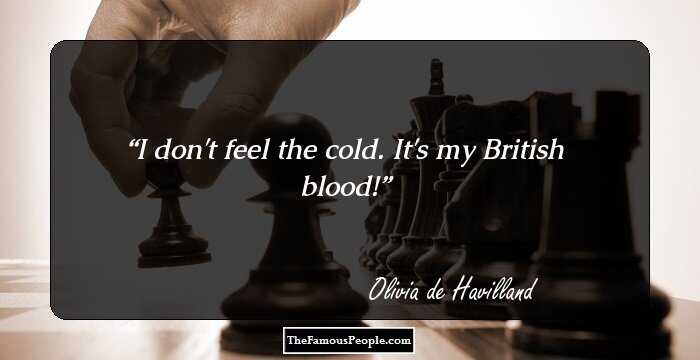 I don't feel the cold. It's my British blood! 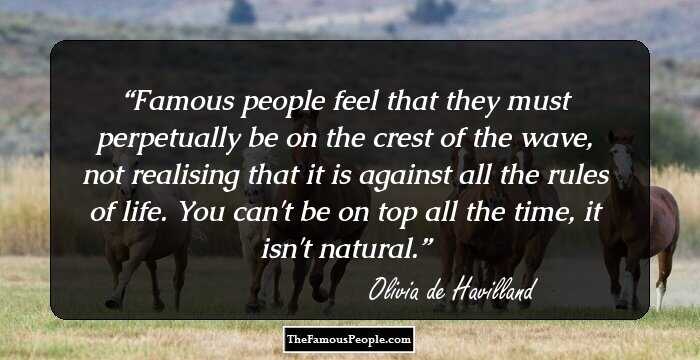 Famous people feel that they must perpetually be on the crest of the wave, not realising that it is against all the rules of life. You can't be on top all the time, it isn't natural. 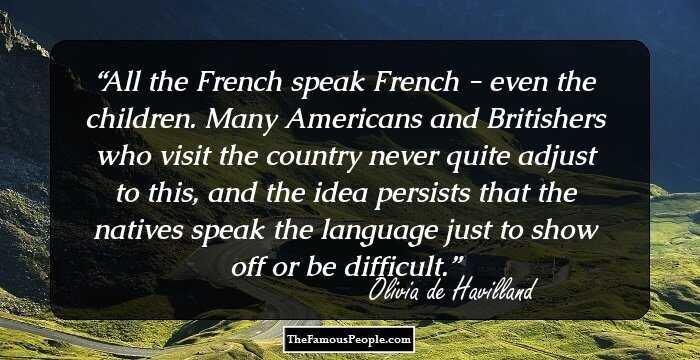 All the French speak French - even the children. Many Americans and Britishers who visit the country never quite adjust to this, and the idea persists that the natives speak the language just to show off or be difficult.

I had a very big crush on Errol Flynn during 'Captain Blood.' I thought he was absolutely smashing for three solid years, but he never guessed. Then he had one on me but nothing came of it. I'm not going to regret that; it could have ruined my life.

I would prefer to live forever in perfect health, but if I must at some time leave this life, I would like to do so ensconced on a chaise longue, perfumed, wearing a velvet robe and pearl earrings, with a flute of champagne beside me and having just discovered the answer to the last problem in a British cryptic crossword. 30 Joanna Lumley Quotes That Will Make Your Day