In an act that would make Brienne of Tarth proud, English actress Gwendoline Christie took charge of her destiny by submitting herself for an Emmy nomination in 2019 for her performance in Game of Thrones. She was eventually nominated in her desired category and lauded by the media and fans alike. Distinguished by her unconditionally tall physique, she found considerable success as a model at the beginning of her career but struggled to find a solid footing as an actress. Graceful and athletic, she did all her stunts in the HBO show. In recent years, her sense of style is inspiring countless young girls. We have collected several of her quotes from articles, interviews, and social media posts. She mainly talks about acting, fashion, love, beauty, dance, woman, work and power. 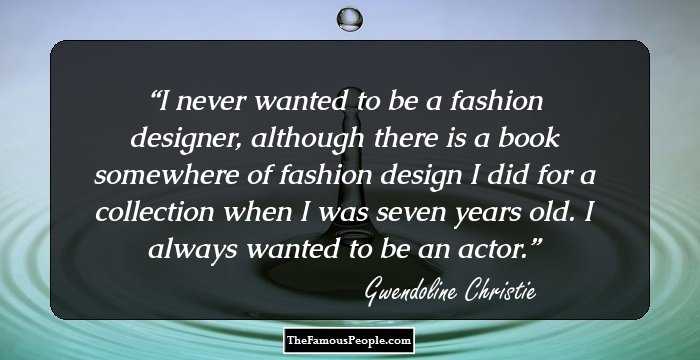 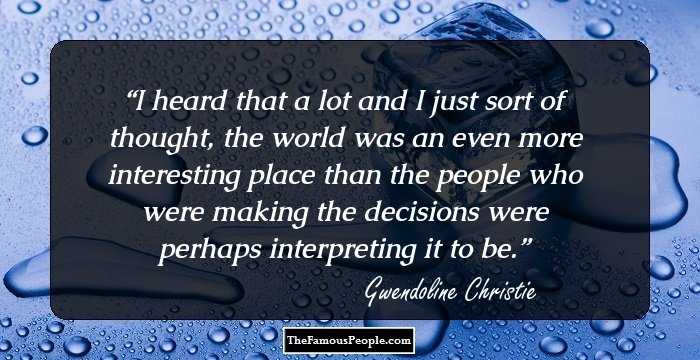 I heard that a lot and I just sort of thought, the world was an even more interesting place than the people who were making the decisions were perhaps interpreting it to be. 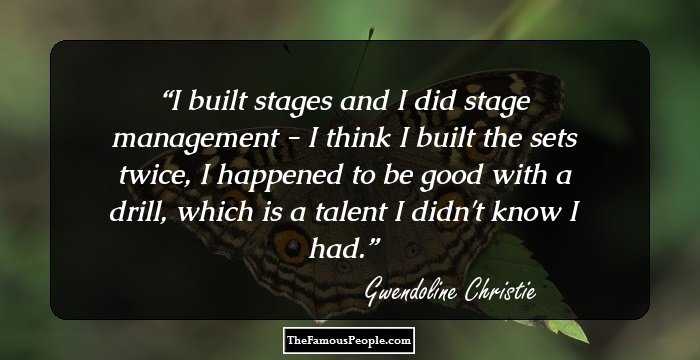 I built stages and I did stage management - I think I built the sets twice, I happened to be good with a drill, which is a talent I didn't know I had. 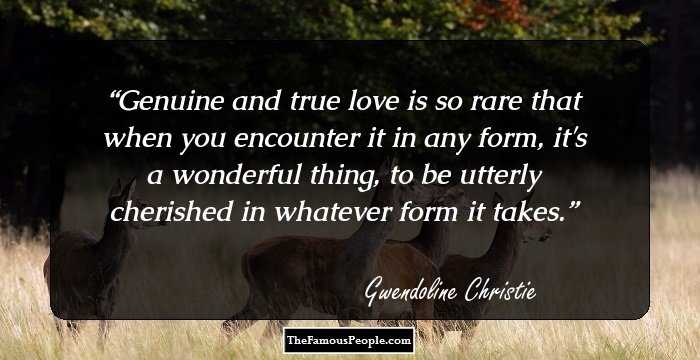 Genuine and true love is so rare that when you encounter it in any form, it's a wonderful thing, to be utterly cherished in whatever form it takes. 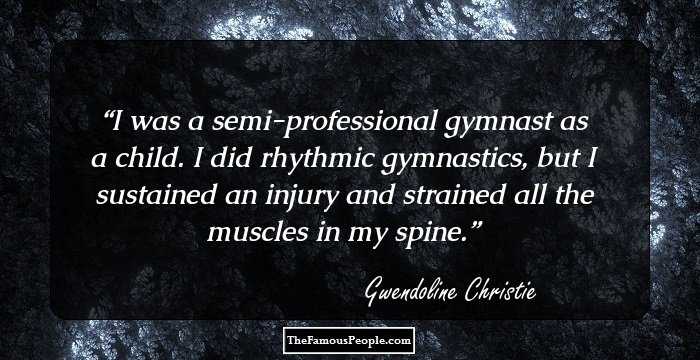 I was a semi-professional gymnast as a child. I did rhythmic gymnastics, but I sustained an injury and strained all the muscles in my spine. 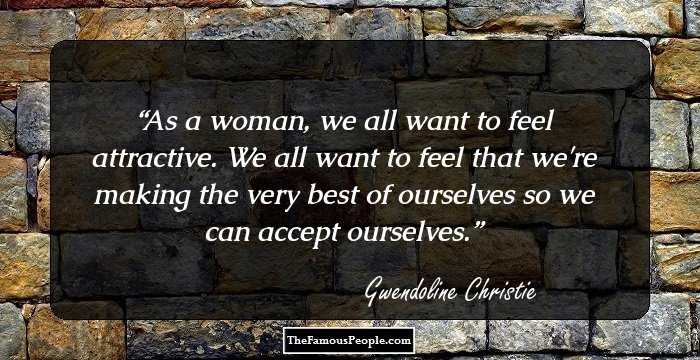 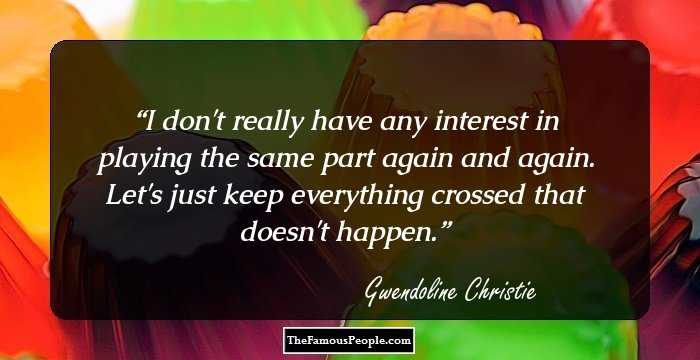 I don't really have any interest in playing the same part again and again. Let's just keep everything crossed that doesn't happen. 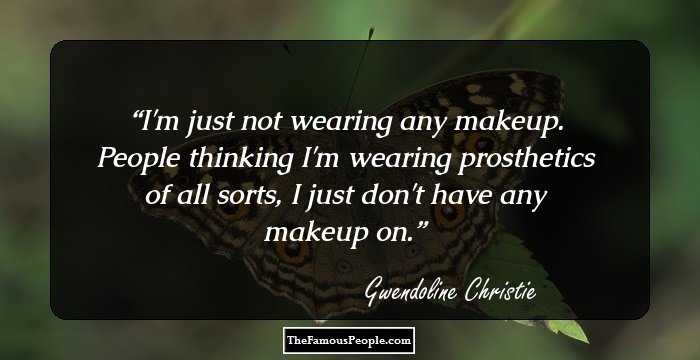 I'm just not wearing any makeup. People thinking I'm wearing prosthetics of all sorts, I just don't have any makeup on. 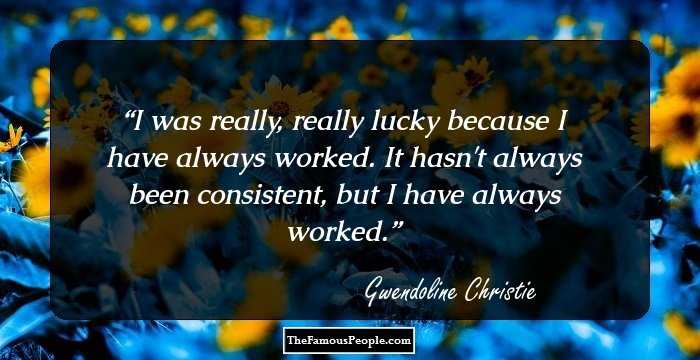 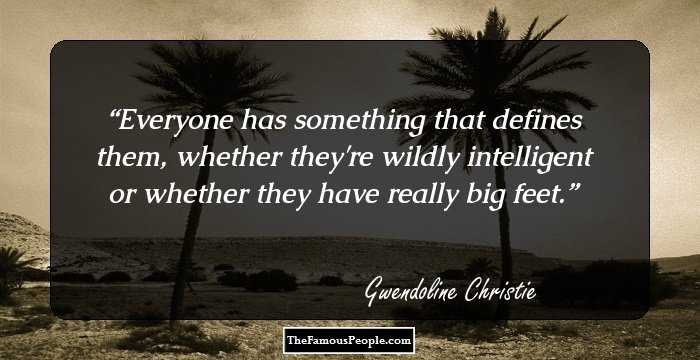 Everyone has something that defines them, whether they're wildly intelligent or whether they have really big feet.

Game of Thrones' is a fantasy show not dedicated to any specific time, but it seems to exist in sort of a 1400s medieval fantasy world, and in that setting, I wouldn't have had a six-pack.

I did rhythmic gymnastics and I absolutely adored it. I was in the squad for Sussex. I wasn't stupendous, but it was something that I was good at and I really loved the combination of discipline and expression. That, to me, was just dreamy.

Part of the reason why I love acting is that you do hope that somehow your work will connect to people and somehow expand their consciousness somewhat, and being able to challenge notions of prejudice through work - through my work - is really thrilling.

I'm certainly really rather tall at 6 foot 3, and I've been this way since I was 14, but for years, women who are even 5 foot 10 have come up to me in the street and said, 'Oh, it's so nice to see a woman who is taller than me. I've always felt like a giant.'

I read the books and I really, really wanted to play the part. I started kundalini yoga, kickboxing and running, and completely changed my diet. I felt I wanted to undergo what was necessary for the part. I love a challenge. And I love defying limitation, gender stereotypes and peopleâs expectations of me as an actress.