Lily Rabe is a prominent American actress. For her performance in The Merchant of Venice, she bagged in a Tony Award nomination. She appeared in multiple roles on American Horror Story. She is also renowned for playing the lead in The Whispers. Some of her noteworthy roles in films include All Good Things, Fractured, Finding Steve McQueen, Miss Stevens, The Hunger Games: Mockingjay, The Hunger Games: Mockingjau Part 2, etc. Go through the list of quotes by Lily Rabe on fun, time, world, focus, soccer, horror, challenges, parents, feelings, people, jobs and more. 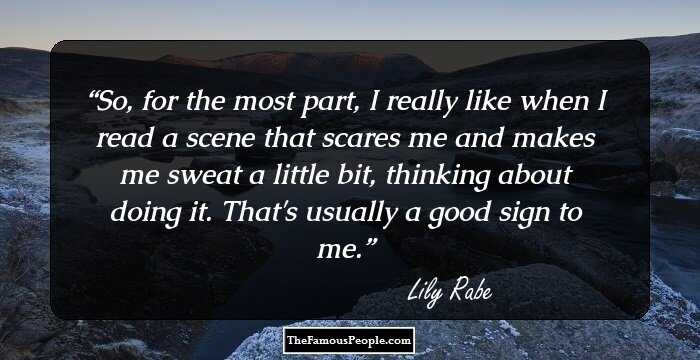 So, for the most part, I really like when I read a scene that scares me and makes me sweat a little bit, thinking about doing it. That's usually a good sign to me. 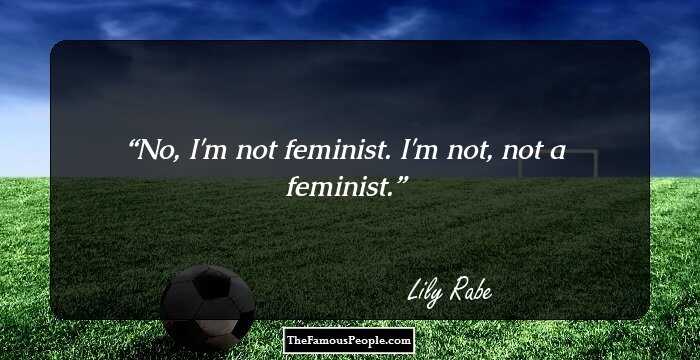 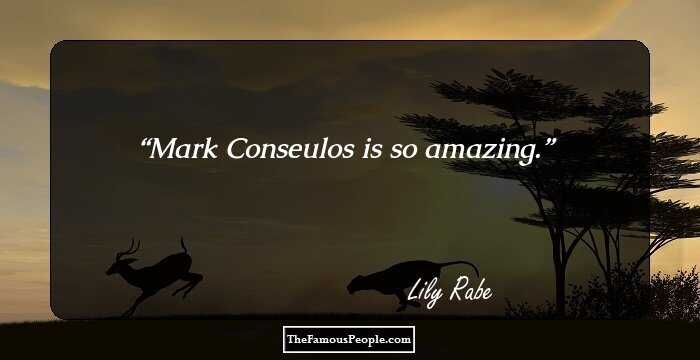 Mark Conseulos is so amazing. 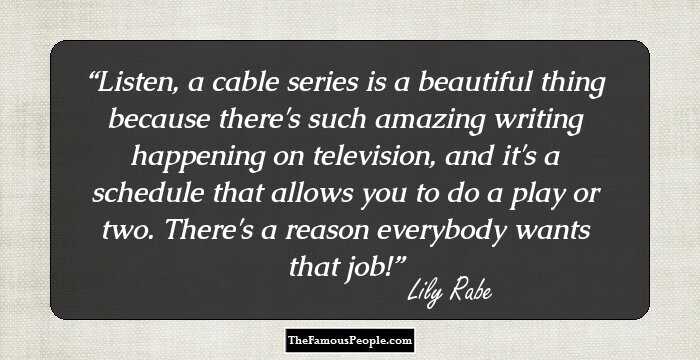 Listen, a cable series is a beautiful thing because there's such amazing writing happening on television, and it's a schedule that allows you to do a play or two. There's a reason everybody wants that job! 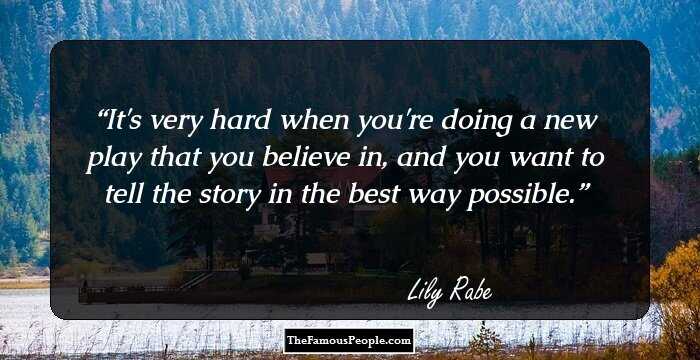 It's very hard when you're doing a new play that you believe in, and you want to tell the story in the best way possible. 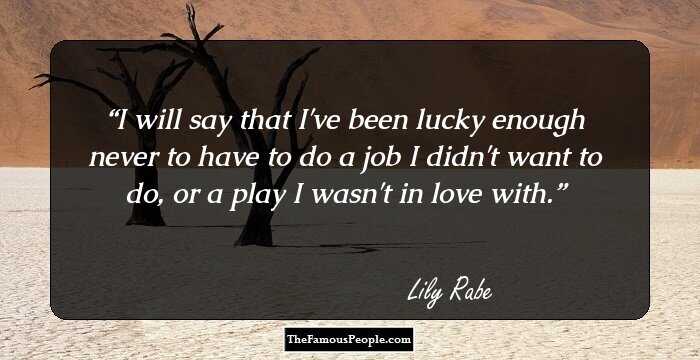 I will say that I've been lucky enough never to have to do a job I didn't want to do, or a play I wasn't in love with. 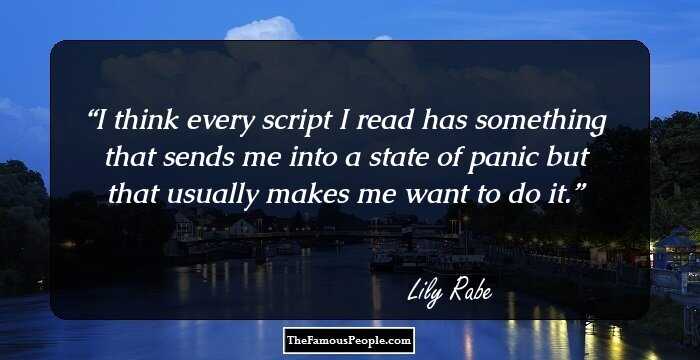 I think every script I read has something that sends me into a state of panic but that usually makes me want to do it. 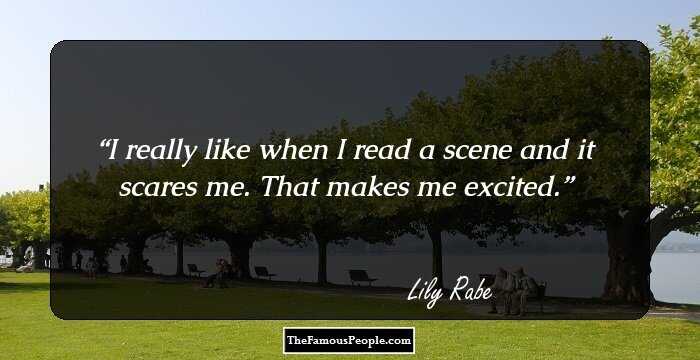 I really like when I read a scene and it scares me. That makes me excited. 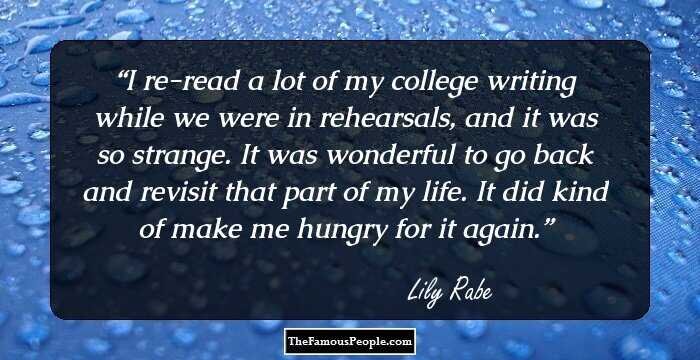 I re-read a lot of my college writing while we were in rehearsals, and it was so strange. It was wonderful to go back and revisit that part of my life. It did kind of make me hungry for it again. 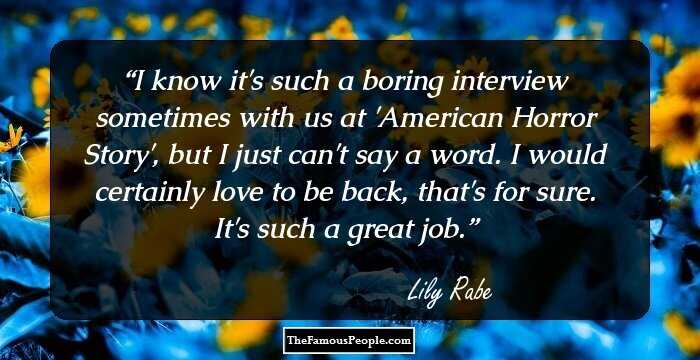 I know it's such a boring interview sometimes with us at 'American Horror Story', but I just can't say a word. I would certainly love to be back, that's for sure. It's such a great job. 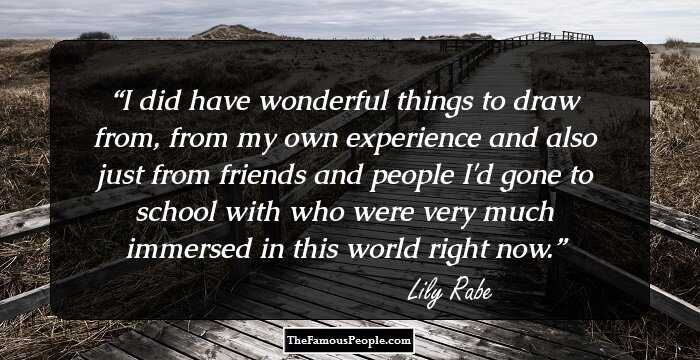 I did have wonderful things to draw from, from my own experience and also just from friends and people I'd gone to school with who were very much immersed in this world right now. 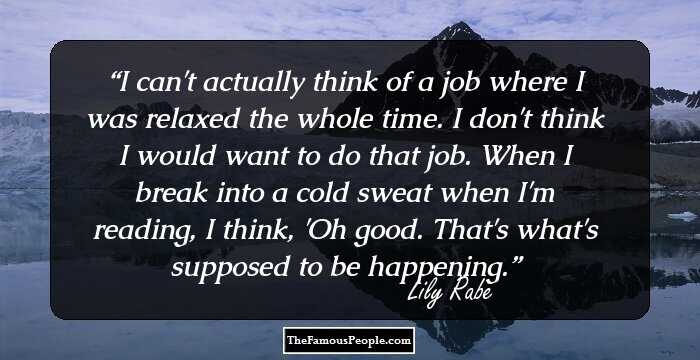 I can't actually think of a job where I was relaxed the whole time. I don't think I would want to do that job. When I break into a cold sweat when I'm reading, I think, 'Oh good. That's what's supposed to be happening. 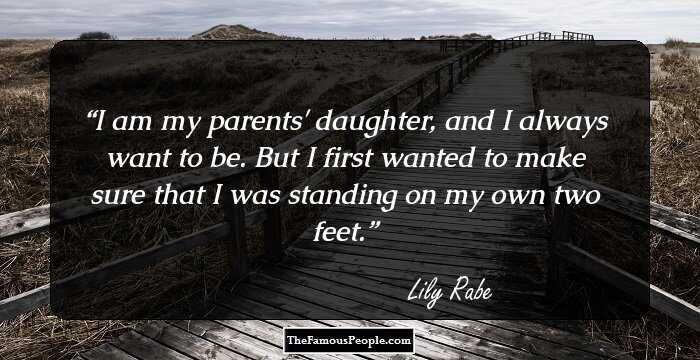 I am my parents' daughter, and I always want to be. But I first wanted to make sure that I was standing on my own two feet. 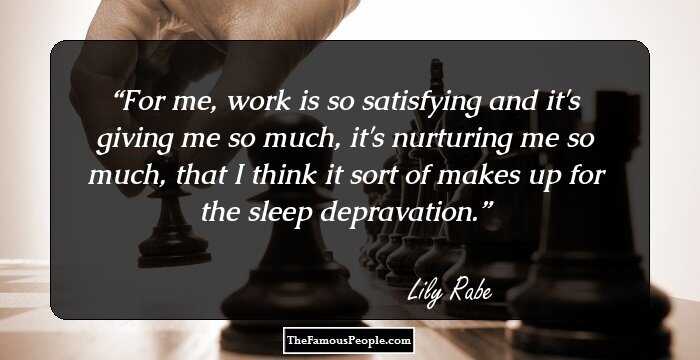 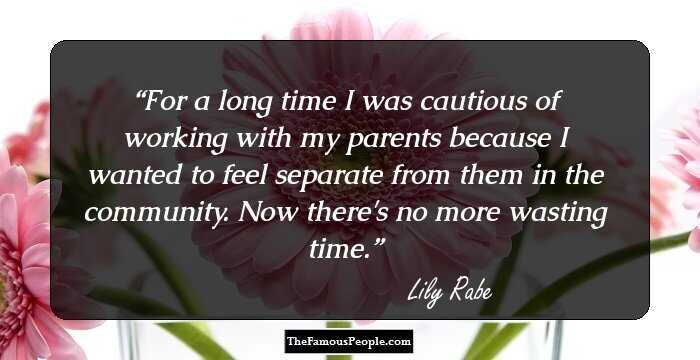 For a long time I was cautious of working with my parents because I wanted to feel separate from them in the community. Now there's no more wasting time. 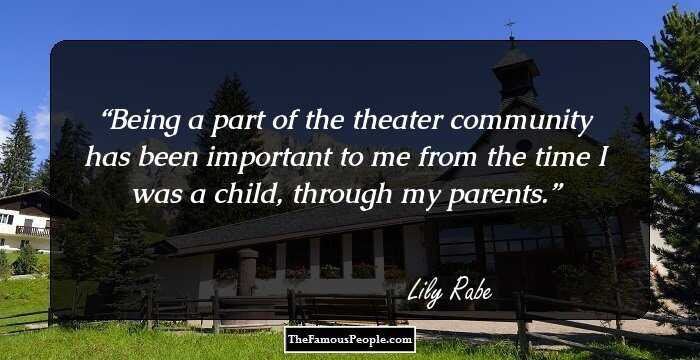 Being a part of the theater community has been important to me from the time I was a child, through my parents. 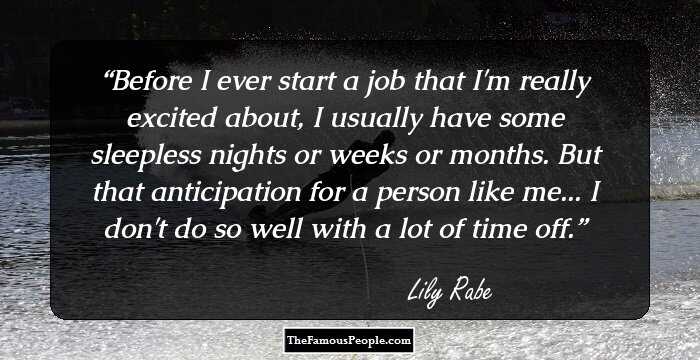 Before I ever start a job that I'm really excited about, I usually have some sleepless nights or weeks or months. But that anticipation for a person like me... I don't do so well with a lot of time off. 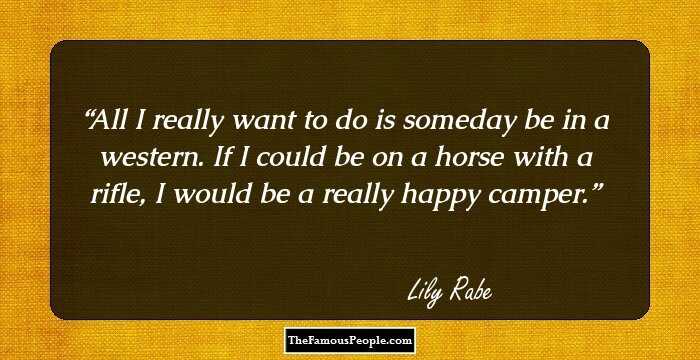 All I really want to do is someday be in a western. If I could be on a horse with a rifle, I would be a really happy camper.

As someone who's been doing a lot of classical theater recently, I loved the idea of getting to run around in Steven Alan, and not be in a corset and a wig, and not have a dialect, and get to be in a 90-minute play with no intermission, and get to do real comedy.

Definitely haven't been doing writing. I'm so intimated by it now because I sort of put it to bed after I graduated, and I got so focused on acting. But it is something that I hope get brave enough - even if I just go back it for myself - it is something that is very close to my heart and I do hope that it's not something that is gone forever from my life. I guess that's just a choice; no one's going to that do for me, so I need to be the one to do it.

I had never done a 90-minute play with no intermission, so it is a bit like you get onto the train and you don't get off until it's over - and it's over very quickly, so don't miss a moment of it. That experience is very rare and specific so don't miss a minute, because there aren't very many minutes of it.

I was shooting Beyond Redemption, I started shooting American Horror Story, so I was going back and forth between Northern California and LA. That was not bad at all - that flight is like getting on the subway, it's nothing. And then during rehearsals.

I've been the victim a lot, so I've often played the person who's getting raped or murdered or abused. And so, to actually be raping and murdering and abusing people is a whole different kind of challenge, and one that was very difficult, at times.

It's sort of scary to work with your parents when you're in the same business. But there was something so very safe about that. Acting with her was just like working with a wonderful actress who just happens to be my best friend and also my mother.

One of my mother's friends said to me, 'Your ex-boyfriends didn't stand a chance with you and your mother.' And I think I probably was unfair to them because she was the first person and the last person I called about every single thing. Sorry, ex-boyfriends.

Sometimes I would go home from work and just stare at the wall for a couple of hours. But, I can't complain. Whatever knocks you out working is the kind of work that I want to be doing because it's always those challenges that are the most exciting, and the things I hope to get to keep doing in my work.