Famous As: One of the Greatest Baseball Players of All Time
Born On: November 25, 1914
Died On: March 8, 1999
Born In: Martinez, California, United States
Died At Age: 84
Joe DiMaggio was a famous American baseball centre fielder. He remained a part of âMajor League Baseballâ for the âNew York Yankeesâ for his entire decade long career. He was popularly known as âThe Yankee Clipperâ and âJoltin Joeâ and is renowned for his 56-game hitting streak with which he not only created history but became an iconic figure amongst the baseball lovers. In each of his 13 seasons he was an All-Star and he also bagged in âMost Valuable Player Awardâ thrice. In 1955, he was inducted into the âBaseball Hall of Fameâ. Read through the compendium of popular quotes and sayings by the distinguished player which have been excerpted from his thoughts, interviews, public utterances and life. Let us browse through some notable quotes and thoughts by Joe DiMaggio on romantic, meeting, born, pitchers, know, why, actor, ballplayer, think, play, kids, belong, win, failure etc.
Listed In:
Sportspersons 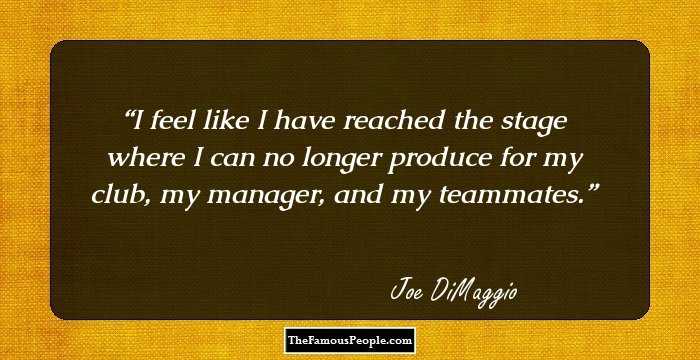 I feel like I have reached the stage where I can no longer produce for my club, my manager, and my teammates. 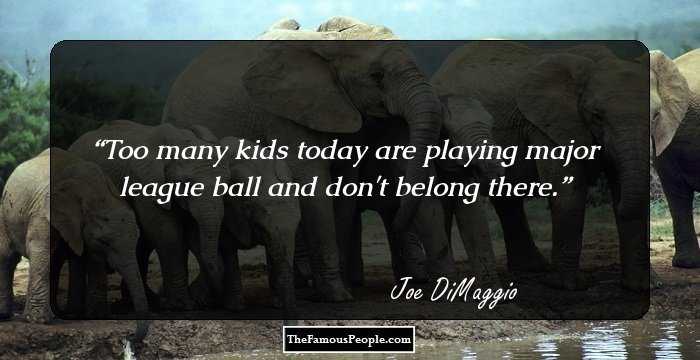 Too many kids today are playing major league ball and don't belong there. 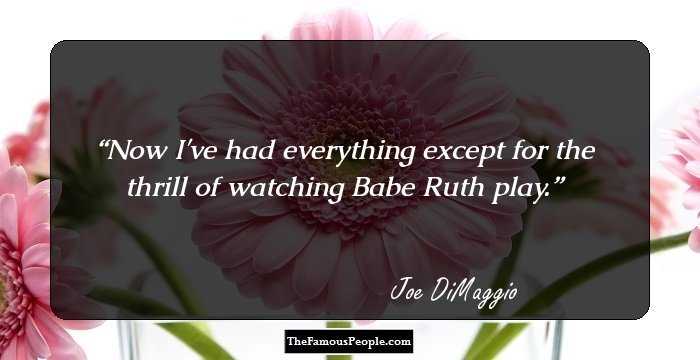 Now I've had everything except for the thrill of watching Babe Ruth play. 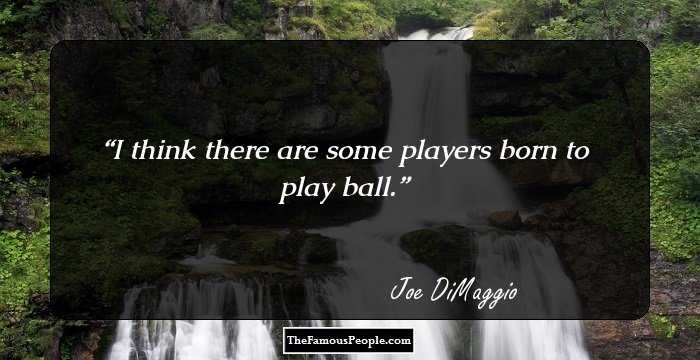 I think there are some players born to play ball. 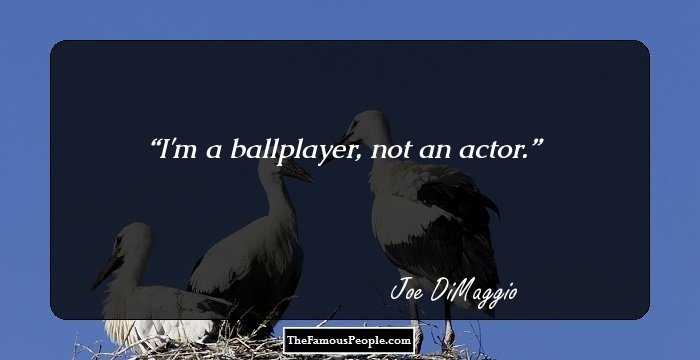 I'm a ballplayer, not an actor. 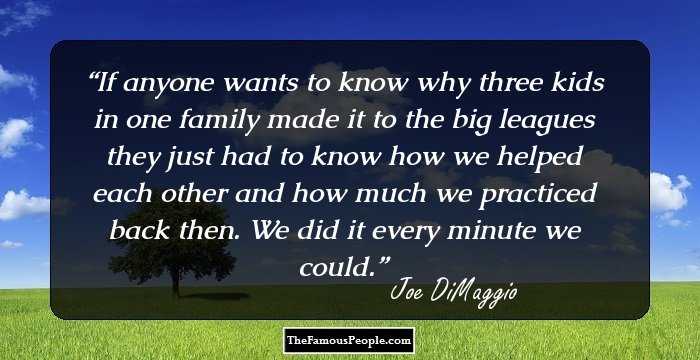 If anyone wants to know why three kids in one family made it to the big leagues they just had to know how we helped each other and how much we practiced back then. We did it every minute we could. 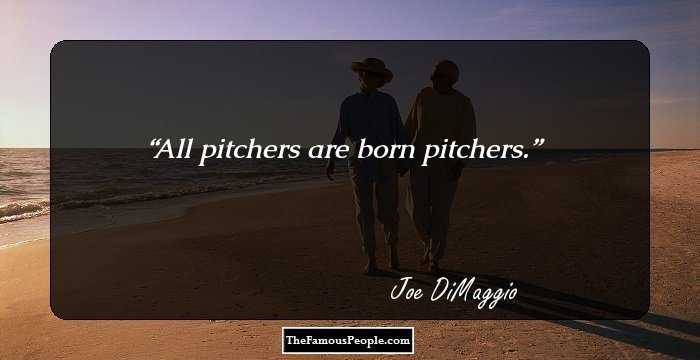 All pitchers are born pitchers. 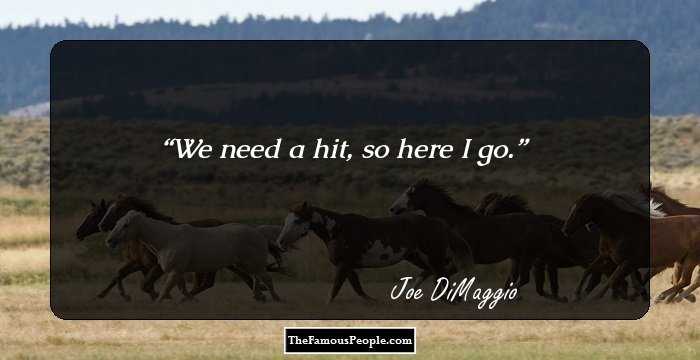 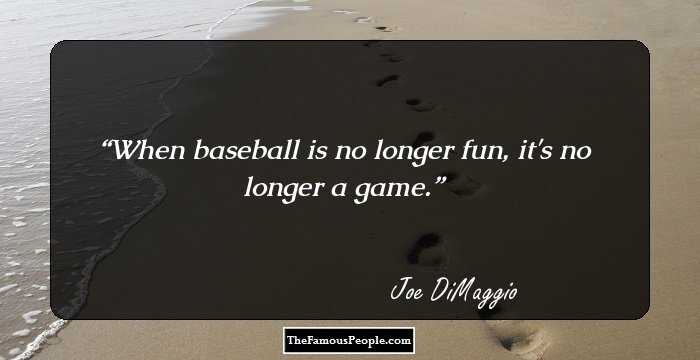 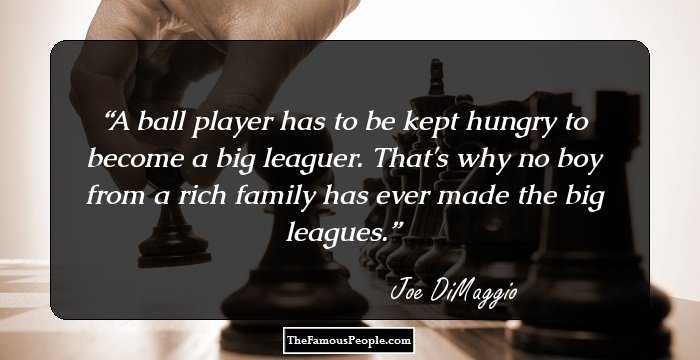 A ball player has to be kept hungry to become a big leaguer. That's why no boy from a rich family has ever made the big leagues. 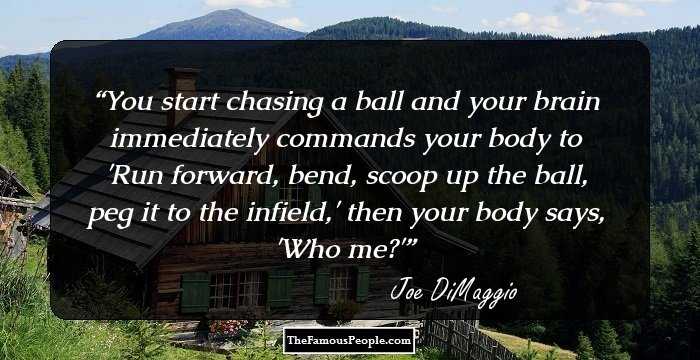 You start chasing a ball and your brain immediately commands your body to 'Run forward, bend, scoop up the ball, peg it to the infield,' then your body says, 'Who me?' 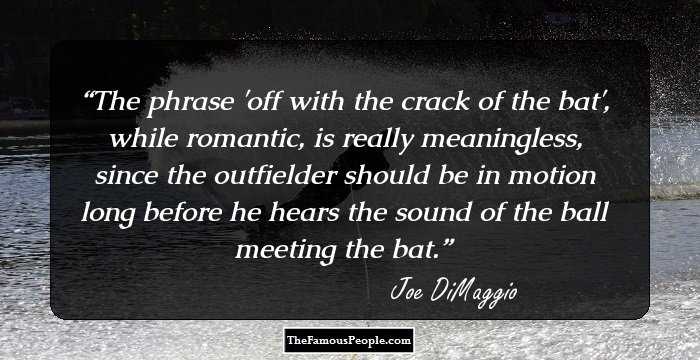 The phrase 'off with the crack of the bat', while romantic, is really meaningless, since the outfielder should be in motion long before he hears the sound of the ball meeting the bat. 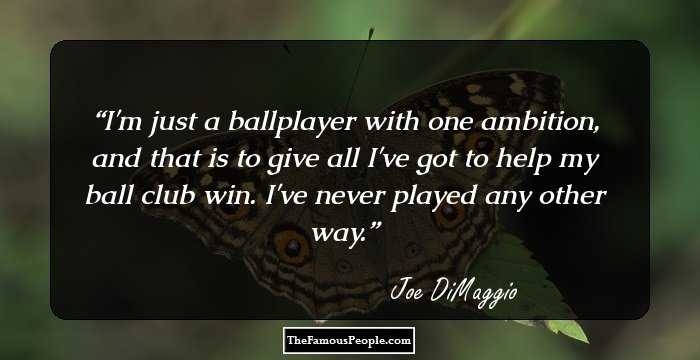 I'm just a ballplayer with one ambition, and that is to give all I've got to help my ball club win. I've never played any other way. 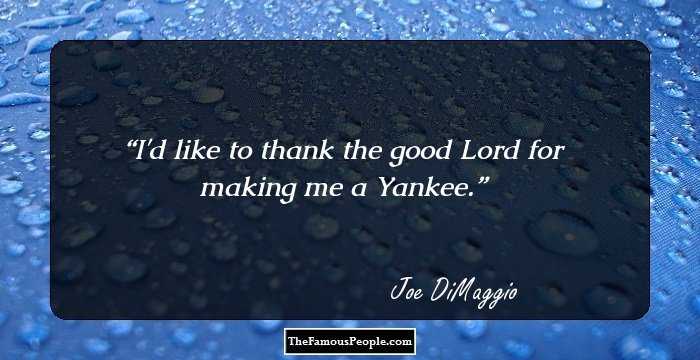 I'd like to thank the good Lord for making me a Yankee. 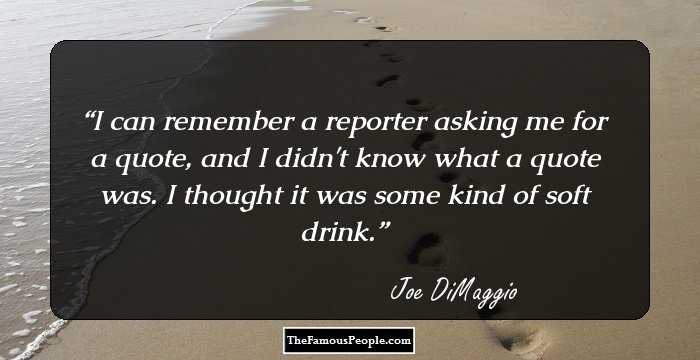 I can remember a reporter asking me for a quote, and I didn't know what a quote was. I thought it was some kind of soft drink. 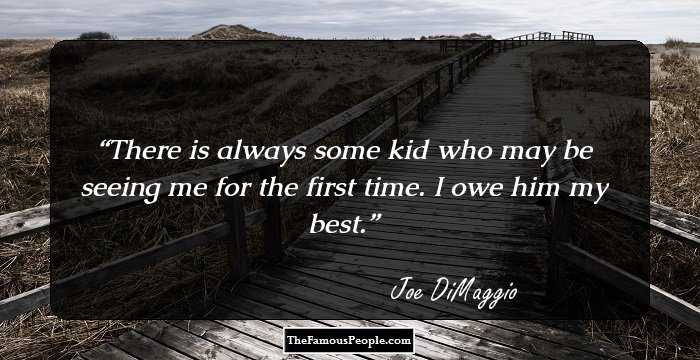 There is always some kid who may be seeing me for the first time. I owe him my best. 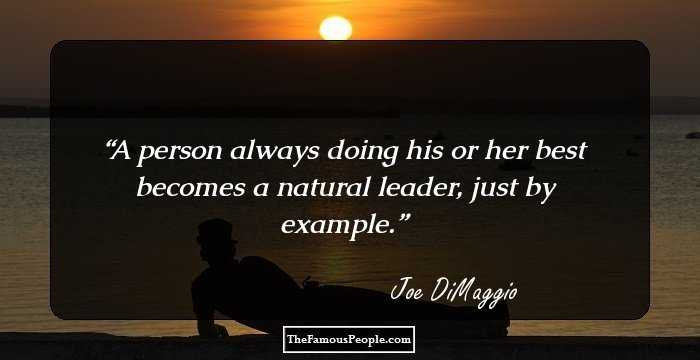 A person always doing his or her best becomes a natural leader, just by example. 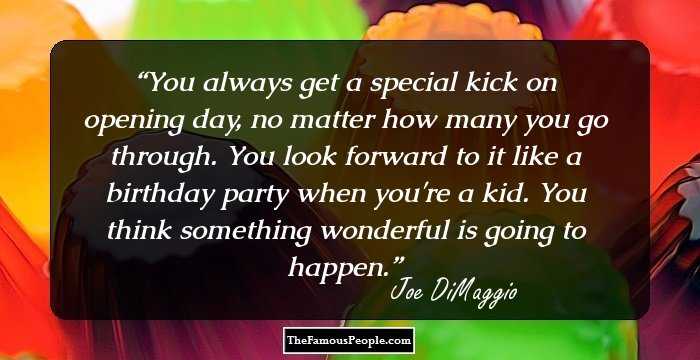 You always get a special kick on opening day, no matter how many you go through. You look forward to it like a birthday party when you're a kid. You think something wonderful is going to happen.