Famous As: One of the Greatest Professional Wrestlers of All Time
Born On: December 18, 1964
Born In: Victoria, Texas, United States
Age: 57 Years

Steve Austin is an American actor, podcast host, television host, retired professional wrestler and producer. Regarded as one of the most influential and greatest professional wrestlers of all times, he competed under the name âStone Coldâ Steve Austin. He played a prominent role in the success of âWWF Attitude Eraâ during the late 1990s and early 2000s. He has also appeared in a number of movies and television, including âThe Expendables,â âThe Package,â âCelebrity Deathmatch,â âSteve Austinâs Broken Skull Challenge,â âBeyond That Mat,â âHunt To Kill,â and âMaximum Conviction,â amongst various others. Here is a list of popular quotes by Steve Austin on love, giving-up, death, family, action, work, war, business, etc. 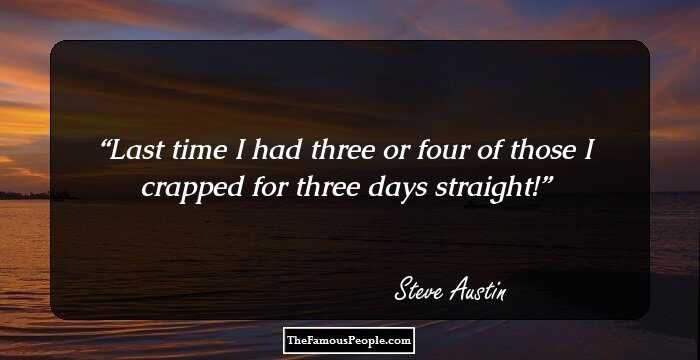 Last time I had three or four of those I crapped for three days straight! 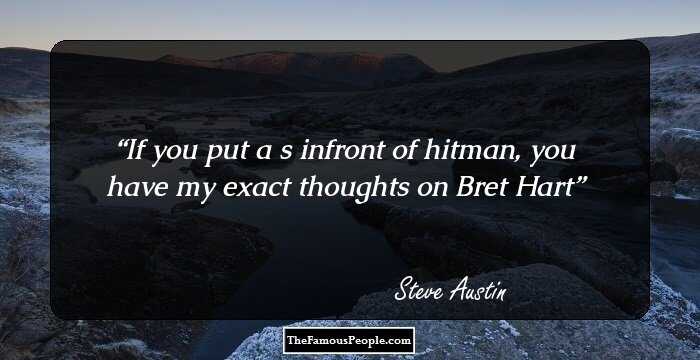 If you put a s infront of hitman, you have my exact thoughts on Bret Hart 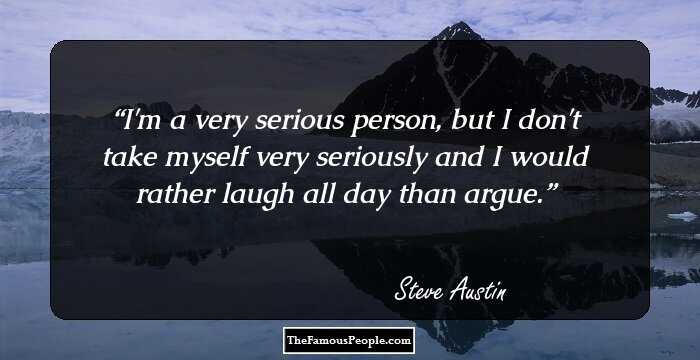 I'm a very serious person, but I don't take myself very seriously and I would rather laugh all day than argue. 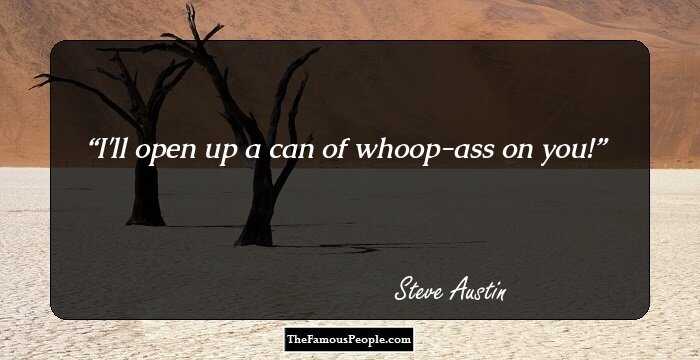 I'll open up a can of whoop-ass on you! 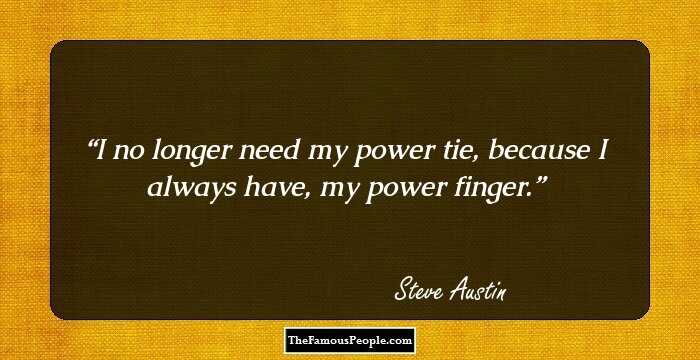 I no longer need my power tie, because I always have, my power finger. 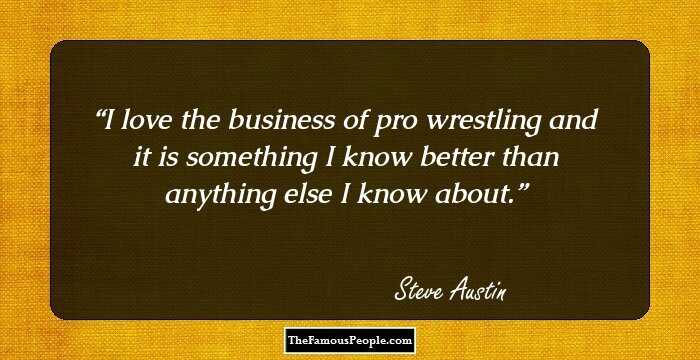 I love the business of pro wrestling and it is something I know better than anything else I know about. 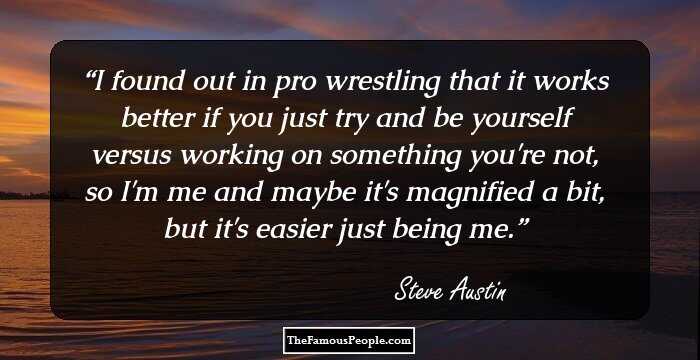 I found out in pro wrestling that it works better if you just try and be yourself versus working on something you're not, so I'm me and maybe it's magnified a bit, but it's easier just being me. 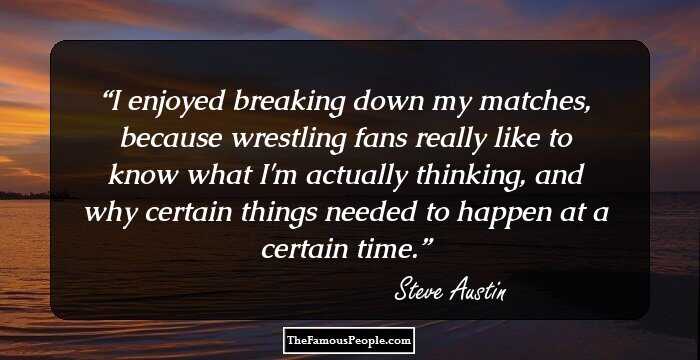 I enjoyed breaking down my matches, because wrestling fans really like to know what I'm actually thinking, and why certain things needed to happen at a certain time. 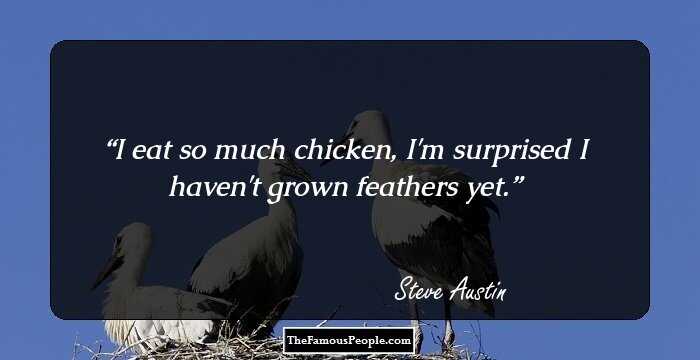 I eat so much chicken, I'm surprised I haven't grown feathers yet. 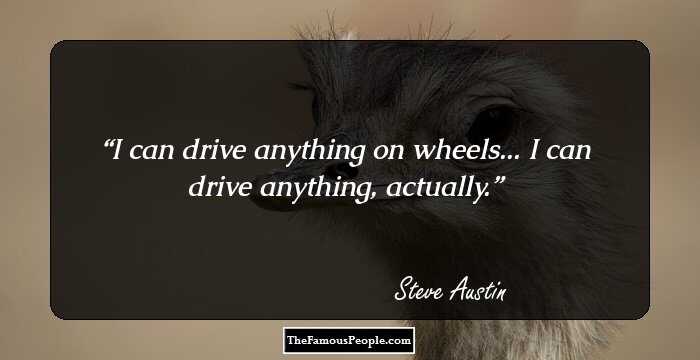 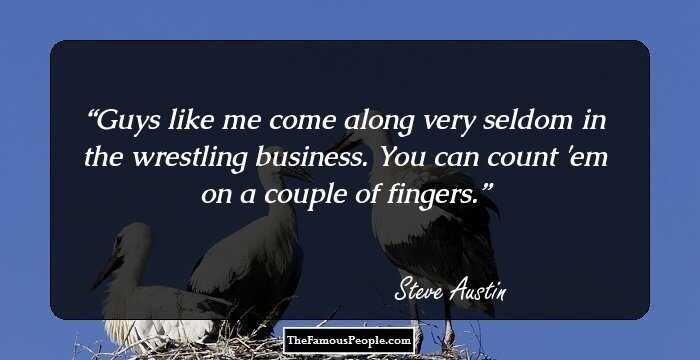 Guys like me come along very seldom in the wrestling business. You can count 'em on a couple of fingers. 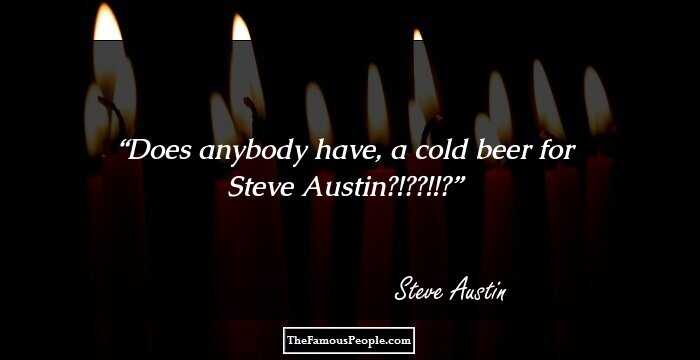 Does anybody have, a cold beer for Steve Austin?!??!!? 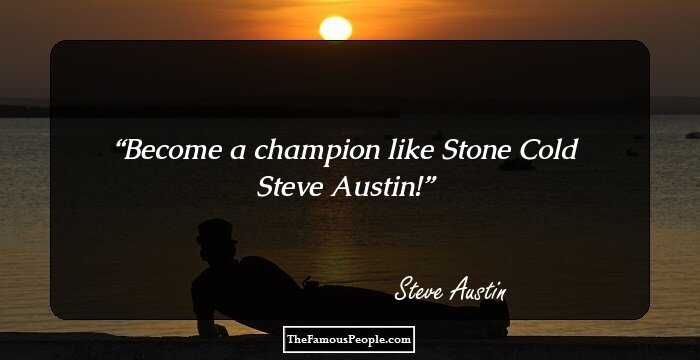 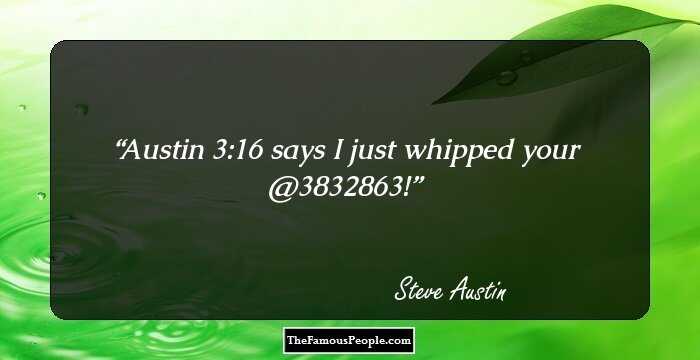 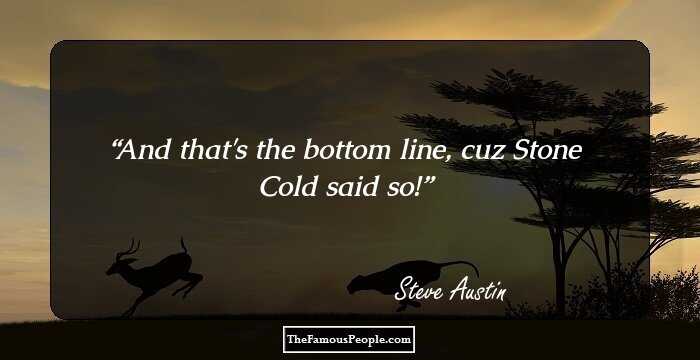 And that's the bottom line, cuz Stone Cold said so! 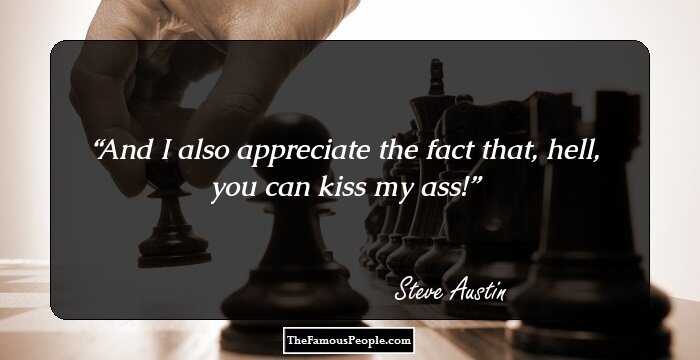 And I also appreciate the fact that, hell, you can kiss my ass! 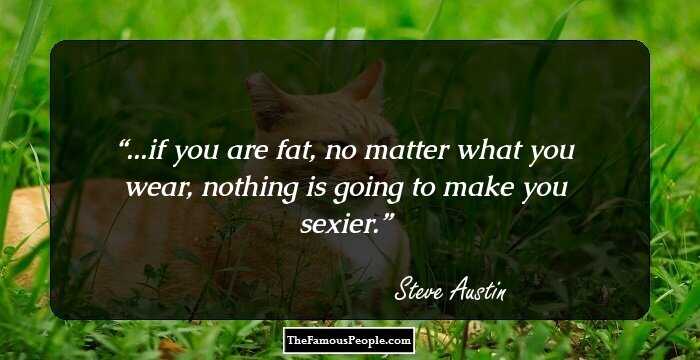 ...if you are fat, no matter what you wear, nothing is going to make you sexier. 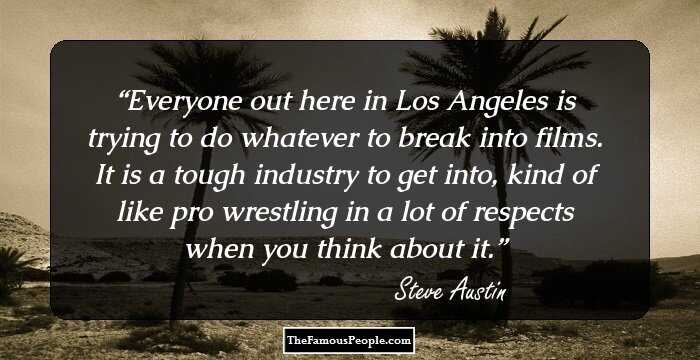 Everyone out here in Los Angeles is trying to do whatever to break into films. It is a tough industry to get into, kind of like pro wrestling in a lot of respects when you think about it.

I talk about things I'm passionate about. I talk about the wrestling business, because I love wrestling. I just love it. If I can just have good conversation with a guy who was a bada** wrestler, we're talking about something that's very near and dear to our heart.

Interviewing somebody is a lot different than being handed a stick in a 20,000-seat arena and trying to sell tickets. You're very green when you start. I'm still learning things to this day. I'm decent at interviews now, but man, getting people to buy tickets is the easiest thing in the world for me. 260 Thought-Provoking Quotes By LeBron James That You Should Bookmark