Famous As: Athlete
Born On: September 12, 1913
Died On: March 31, 1980
Born In: Oakville, Alabama, United States
Died At Age: 66
James Cleveland Owens, popularly known as Jesse Owens, was an American athlete who specialised in track and field events and is particularly famous for winning 4 gold medals during the 1936 âBerlin Olympicsâ. Owensâ fame rests not only on the fact that he emerged as the most successful competitor at the âBerlin Olympicsâ but also due to the fact that, as an African-American, he managed to completely humiliate the Nazis and Adolf Hitler, who propagated the âAryan Master Raceâ theory. Owens had been a gifted athlete right from the time that he was a student at Fairmount Junior High School and he rose to prominence once he enrolled at The Ohio State University. He was a prodigy in sprinting and the high jump and during âThe Olympicsâ he won gold in relay, long jump, 200 metre sprint and 100 metre sprint to become one of the most iconic track and field athletes of all time. Owens was a great athlete and he has been an inspiration for many. We have compiled few of his popular quotations and sayings. Here is a collection of the renowned quotes and thoughts by Jesse Owens which have been curated from his work and life.
Listed In:
Sportspersons 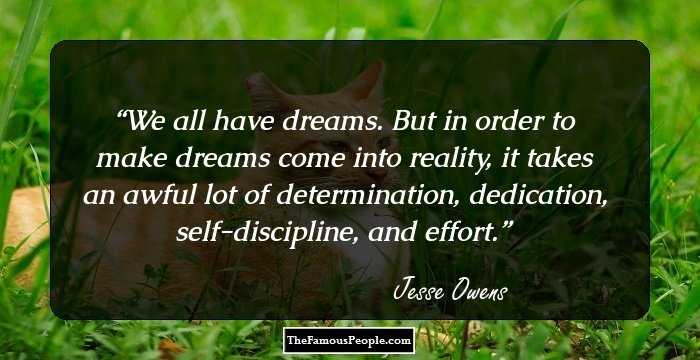 We all have dreams. But in order to make dreams come into reality, it takes an awful lot of determination, dedication, self-discipline, and effort. 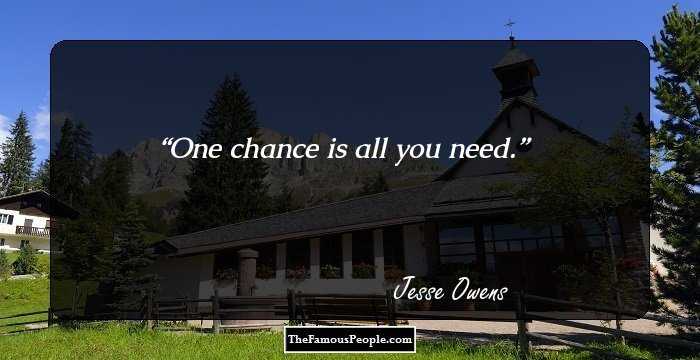 One chance is all you need. 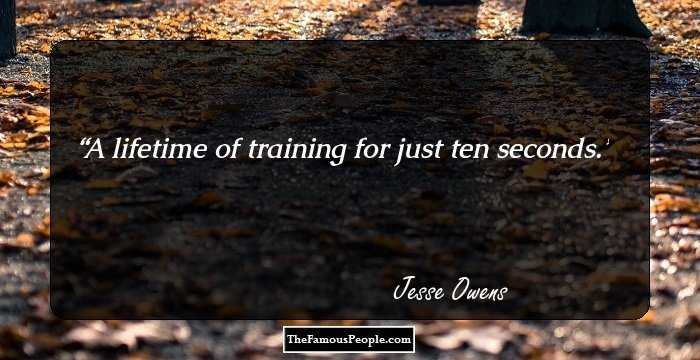 A lifetime of training for just ten seconds. 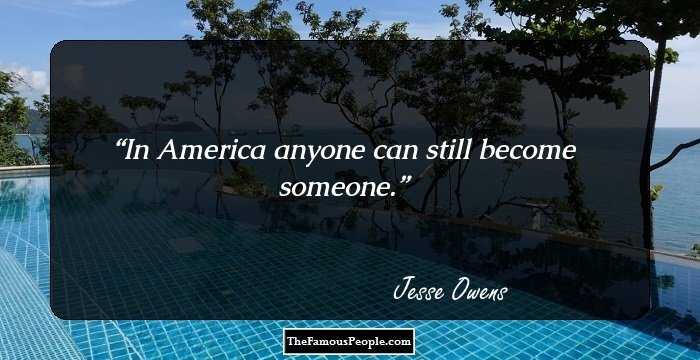 In America anyone can still become someone. 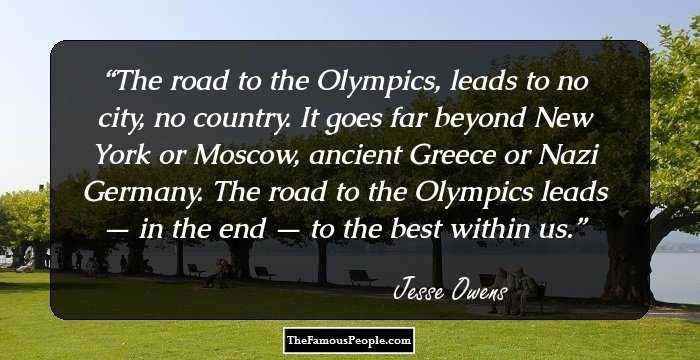 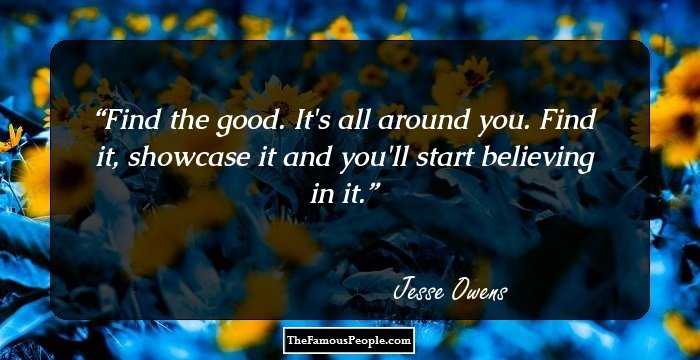 Find the good. It's all around you. Find it, showcase it and you'll start believing in it. 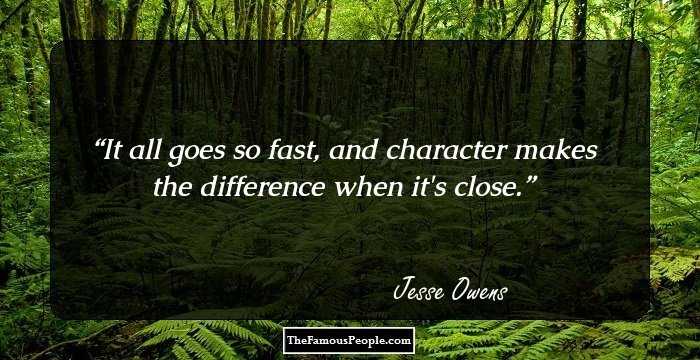 It all goes so fast, and character makes the difference when it's close. 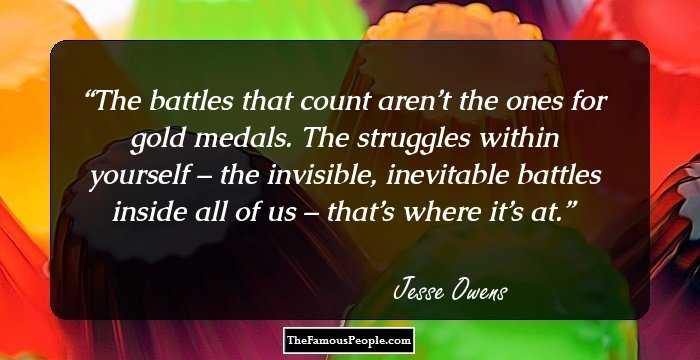 The battles that count aren’t the ones for gold medals. The struggles within yourself – the invisible, inevitable battles inside all of us – that’s where it’s at. 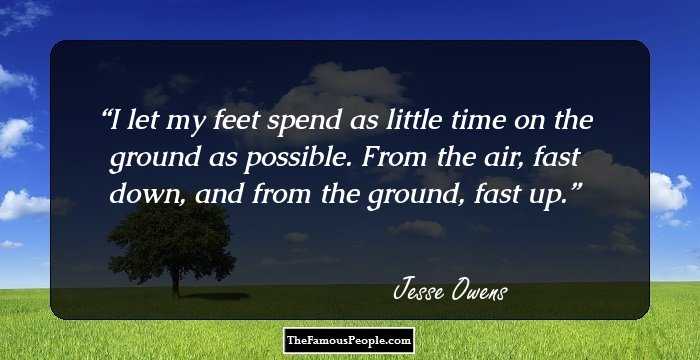 I let my feet spend as little time on the ground as possible. From the air, fast down, and from the ground, fast up. 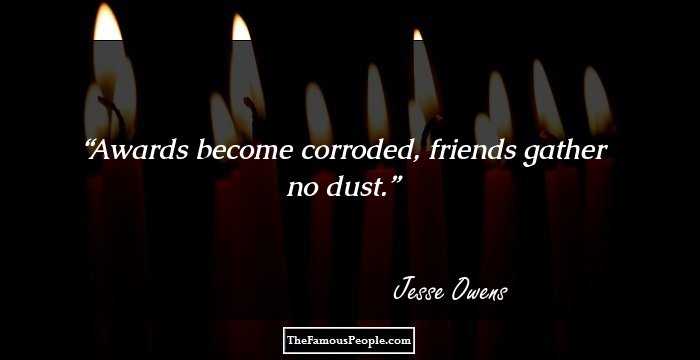 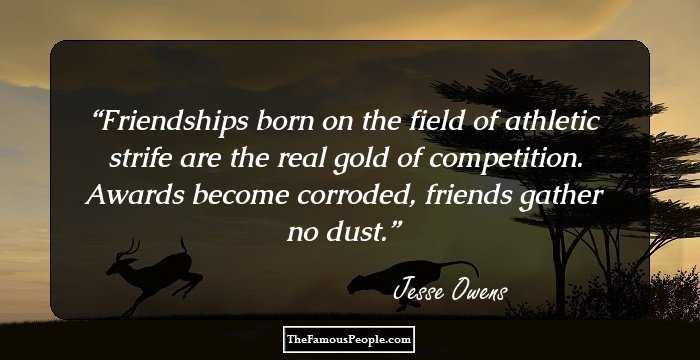 Friendships born on the field of athletic strife are the real gold of competition. Awards become corroded, friends gather no dust. 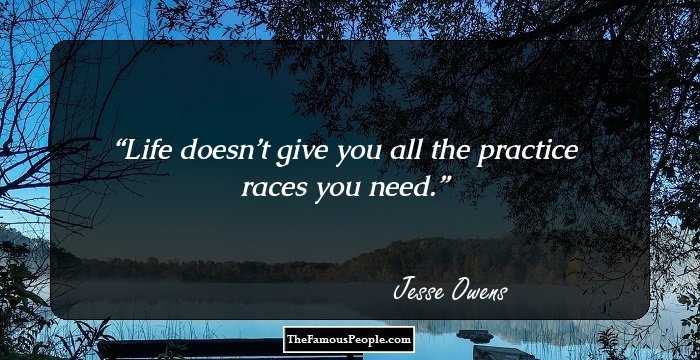 Life doesn’t give you all the practice races you need. 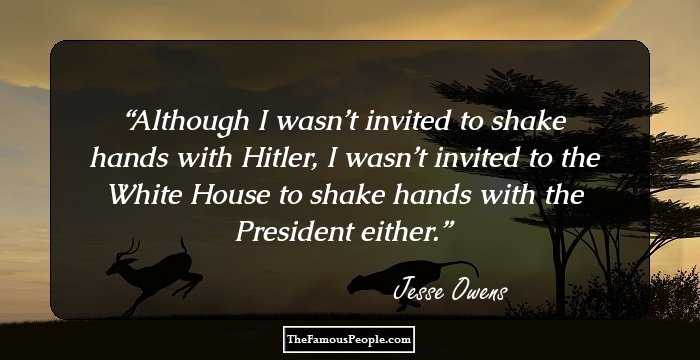 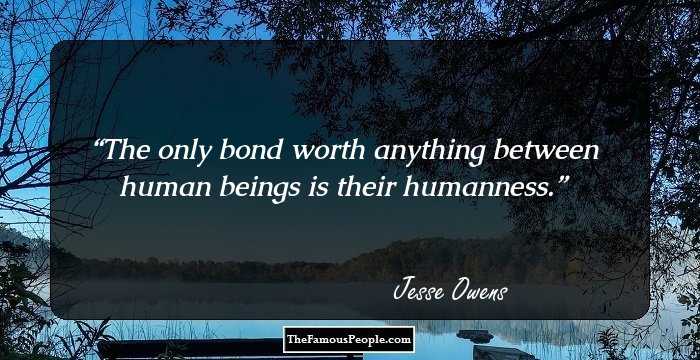 The only bond worth anything between human beings is their humanness. 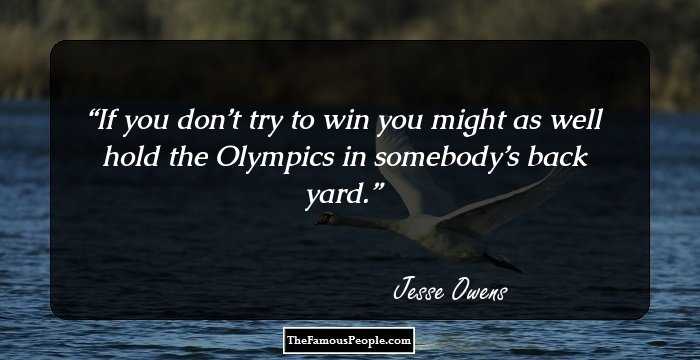 If you don’t try to win you might as well hold the Olympics in somebody’s back yard. 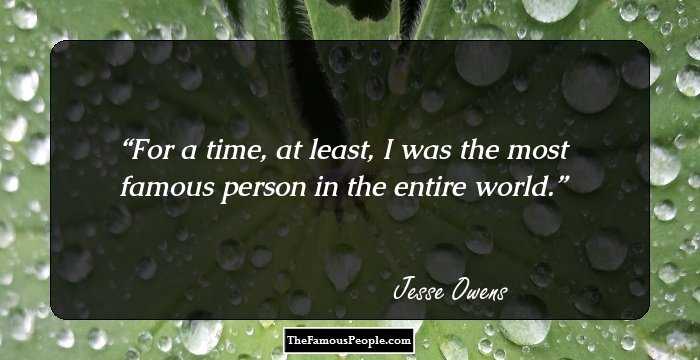 For a time, at least, I was the most famous person in the entire world.