Jeffrey Preston Jorgensen, popularly known as Jeff Bezos, is an investor, online retail and technology pioneer from the U.S, and the founder and CEO of global technology and retail giant Amazon.com. Bezos is counted among the greatest entrepreneurs in history for revolutionising the online retail industry and spawning a global industry worth hundreds of billions of dollars. He studied at Princeton University, where he acquired a degree in computer science and electrical engineering in 1986. He worked for some time in a range of jobs before launching Amazon in 1994 and the company has grown into the biggest online retail website in the world. Bezos has diversified the company as well and Amazon Web Services provides a range of services that has further consolidated the companyâs position as one of the most important corporations in the world. On the other hand, he is also regarded as one of the leading thinkers in the world due to his vision. He stands as the 5th richest person in the world. Bezos'ideas are not only different but often at odds with many of the business leaders. Being a pioneer in e-commerce, he has shared his thoughts and ideas through his sppeches, interviews or writings and influenced many young minds. He is one of the most inspirational and quotable business leaders today. We have tried to unearth some of his most quotable quotes. We bring to you a collection of his sayings and thoughts on leadership, business, entrepreneurship, innovation and technology that are sure to motivate and inspire you. 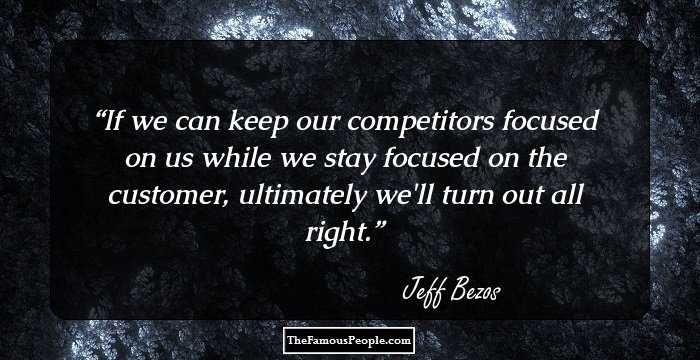 If we can keep our competitors focused on us while we stay focused on the customer, ultimately we'll turn out all right. 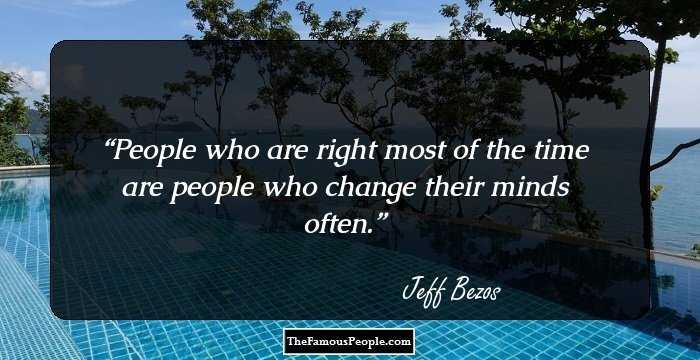 People who are right most of the time are people who change their minds often. 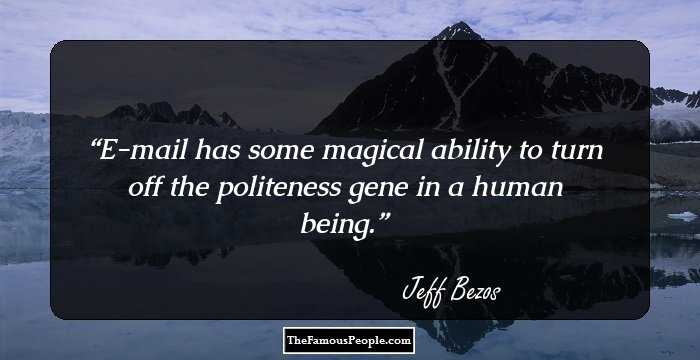 E-mail has some magical ability to turn off the politeness gene in a human being. 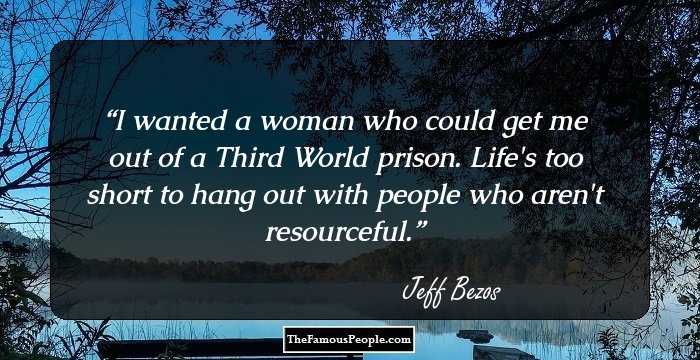 I wanted a woman who could get me out of a Third World prison. Life's too short to hang out with people who aren't resourceful.

Me I
Jeff Bezos 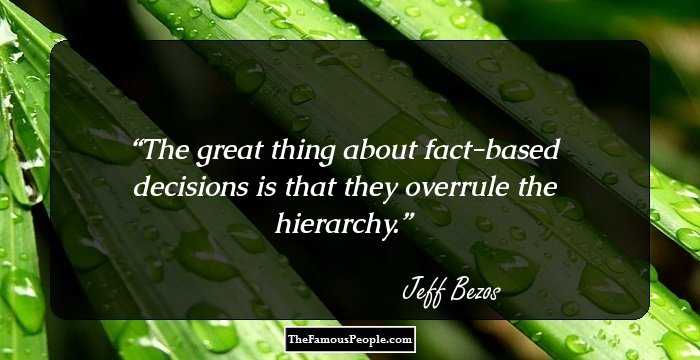 The great thing about fact-based decisions is that they overrule the hierarchy. 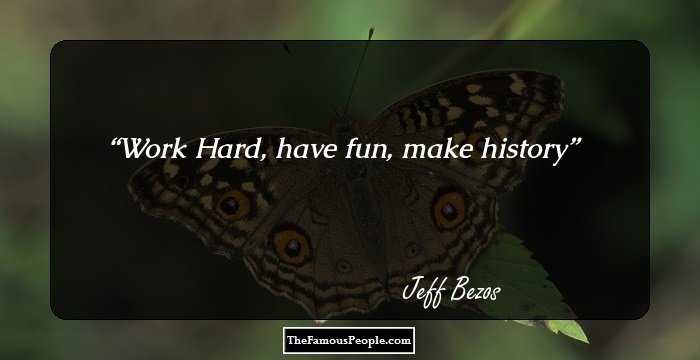 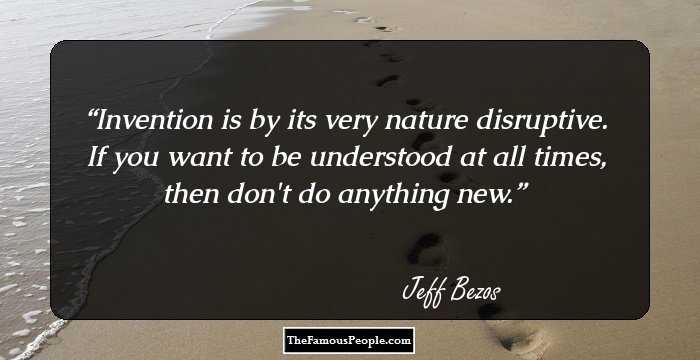 Invention is by its very nature disruptive. If you want to be understood at all times, then don't do anything new. 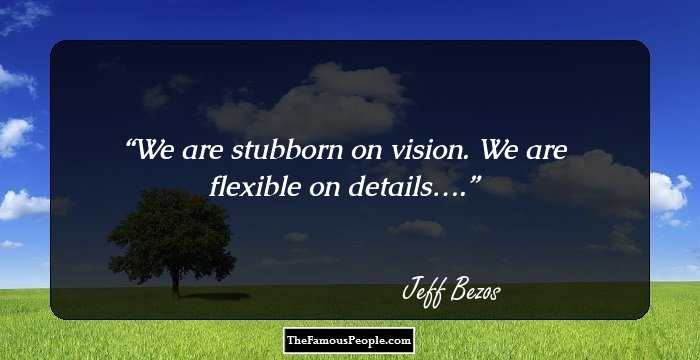 We are stubborn on vision. We are flexible on details…. 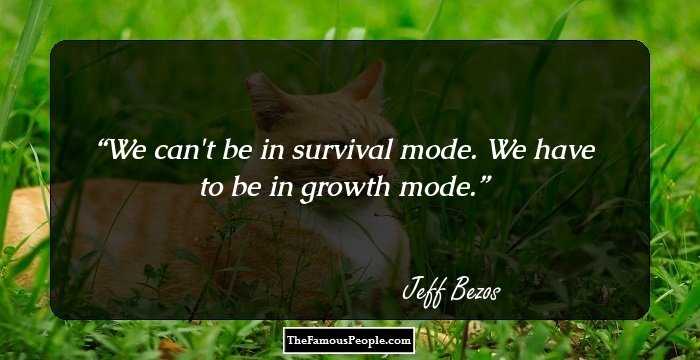 We can't be in survival mode. We have to be in growth mode. 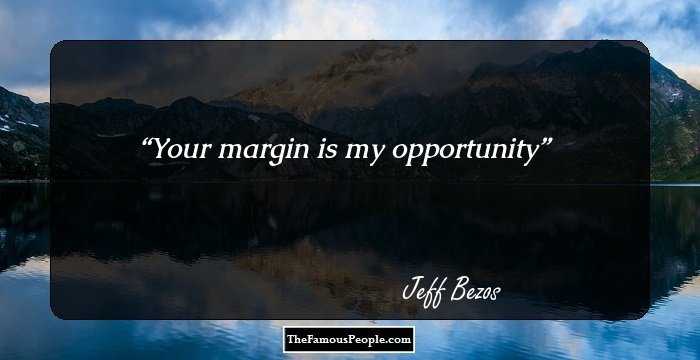 Your margin is my opportunity 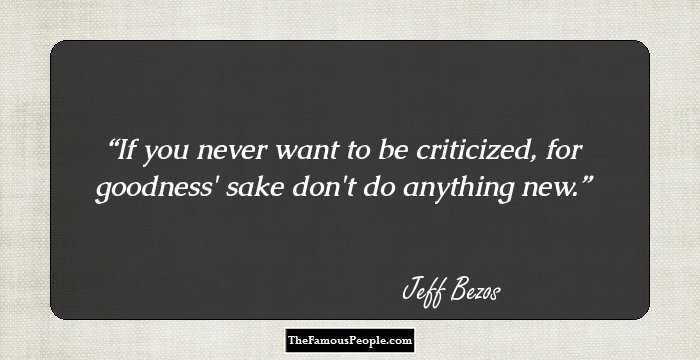 If you never want to be criticized, for goodness' sake don't do anything new. 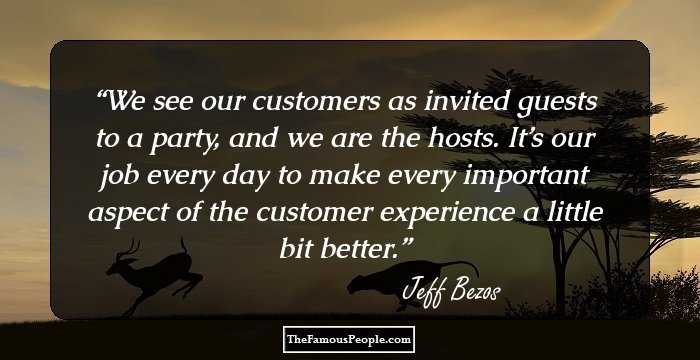 We see our customers as invited guests to a party, and we are the hosts. It’s our job every day to make every important aspect of the customer experience a little bit better. 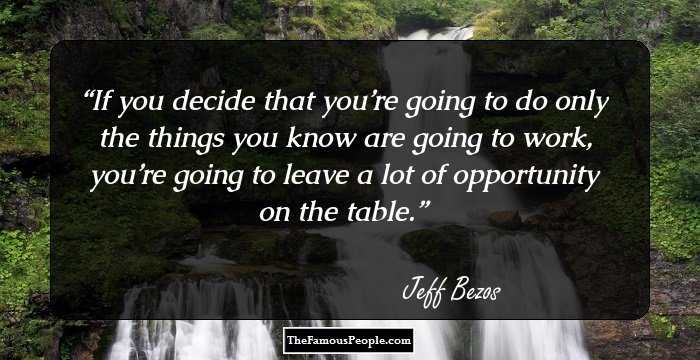 It's not an experiment if you know it's going to work. 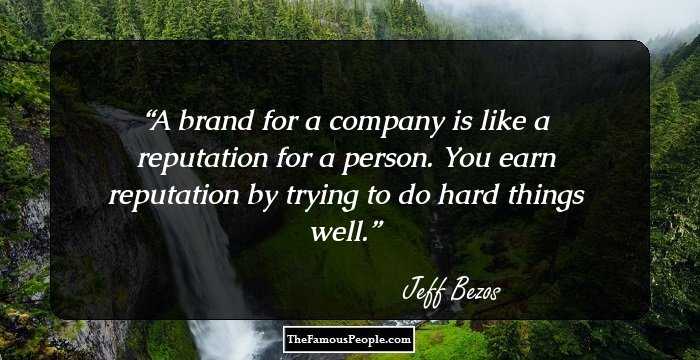 A brand for a company is like a reputation for a person. You earn reputation by trying to do hard things well. 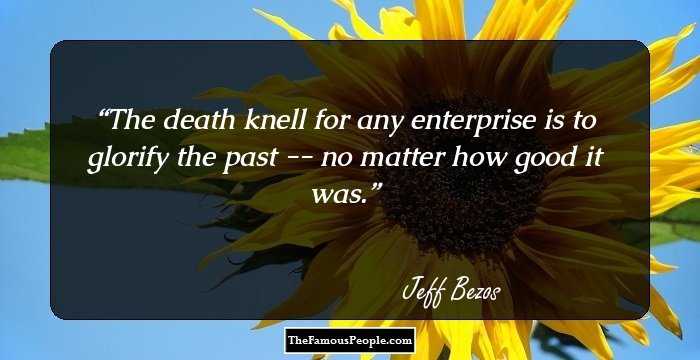 The death knell for any enterprise is to glorify the past -- no matter how good it was. 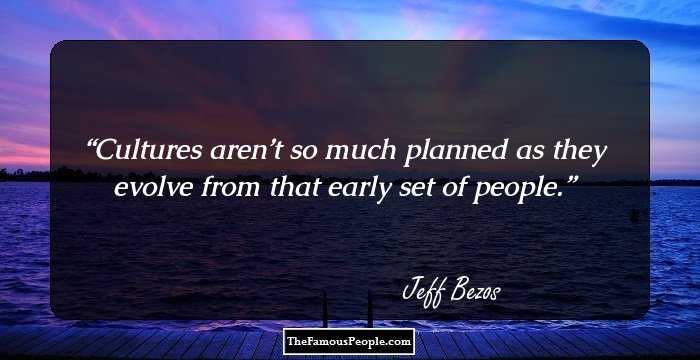 Cultures aren’t so much planned as they evolve from that early set of people. 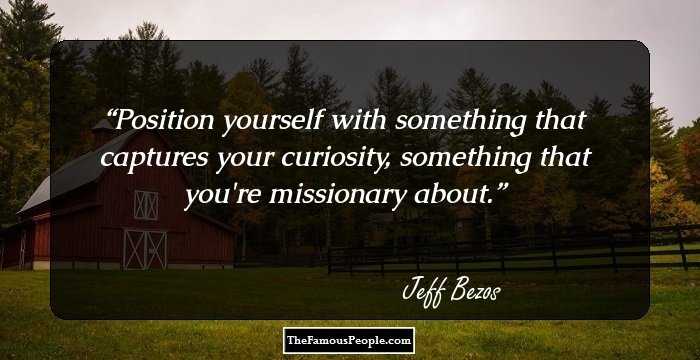 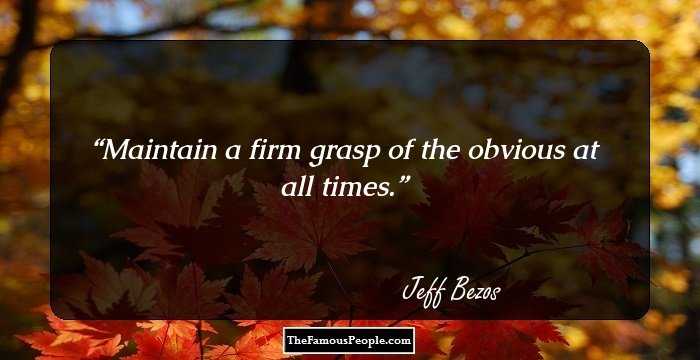 Maintain a firm grasp of the obvious at all times. 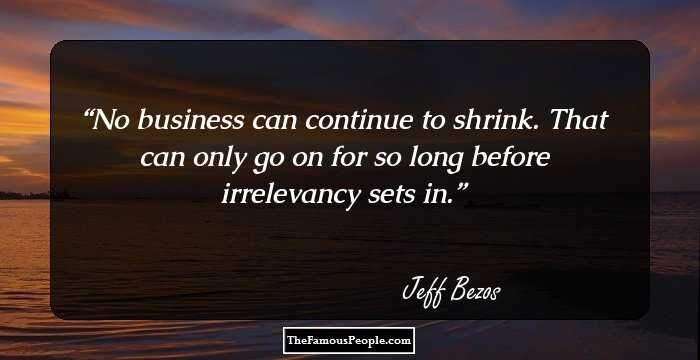 No business can continue to shrink. That can only go on for so long before irrelevancy sets in. 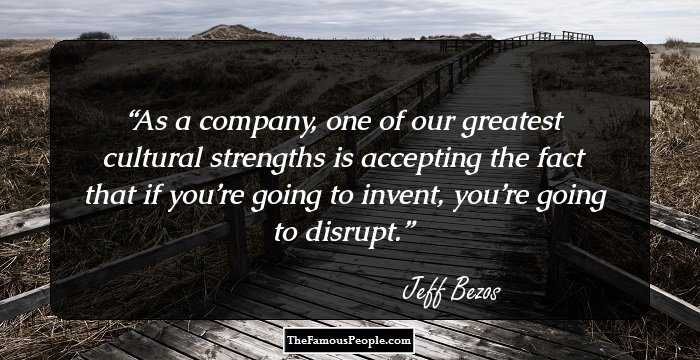 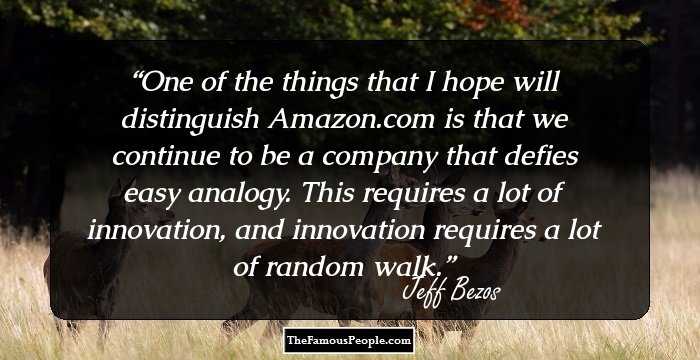 Will Hope I
Jeff Bezos 26 Top Charles Koch Quotes You Should Learn By Rote