Famous As: American Abstract Expressionist Artist Known for His âDrip Techniqueâ Work
Born On: January 28, 1912
Died On: August 11, 1956
Born In: Cody, Wyoming, United States
Died At Age: 44
Jackson Pollock was an American painter known for his abstract style of âDrip Paintingâ. His brother, the legendary painter Charles Pollock, is believed to have ignited his passion for art which eventually grew and he abandoned school to pursue his passion. He moved to New York where he started learning from the great painter, Thomas Hart Benton. He further got a job under a government employment scheme and was soon busy working out on a large number of paintings with his contemporaries. During this time he also cultivated the bad habit of drinking and had to go through a psychiatric treatment who is believed to have directed him towards the Native American Art. He further attended Picassoâs art show and was inspired to develop his style of art. Thereafter, his works became more fascinating and he landed up a contract by a renowned art studio 'Guggenheimâ. This encouraged him to further develop his drip art which resulted into the most notable time of his career usually known as the âDrip Periodâ. During this period he gained immense fame and his paintings attracted a large number of buyers. His show at the Betty Parsonâs Gallery was sold-out and made him the highest paid avant-garde artist. His dependence on alcohol caused his downfall and he lost his life at an early age of 46. We bring to you a collection of thoughts and quotations that the great artist expressed through his work and paintings. Take a look at the quotes and sayings by Jackson Pollock whose paintings speak louder than words.
Listed In:
Painters 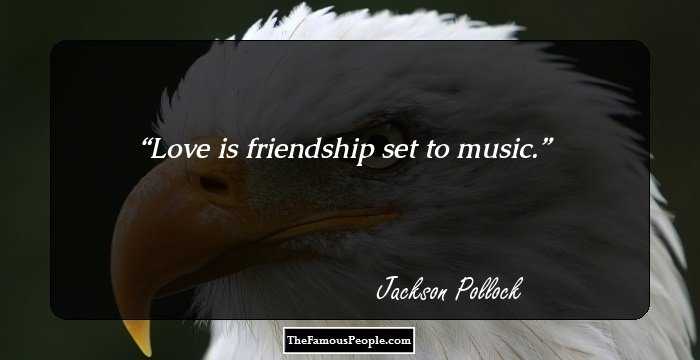 Love is friendship set to music. 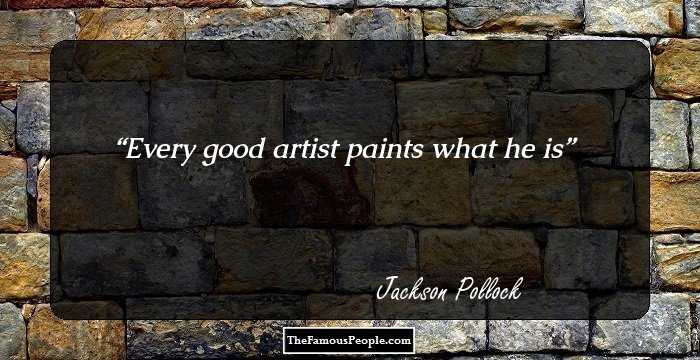 Every good artist paints what he is 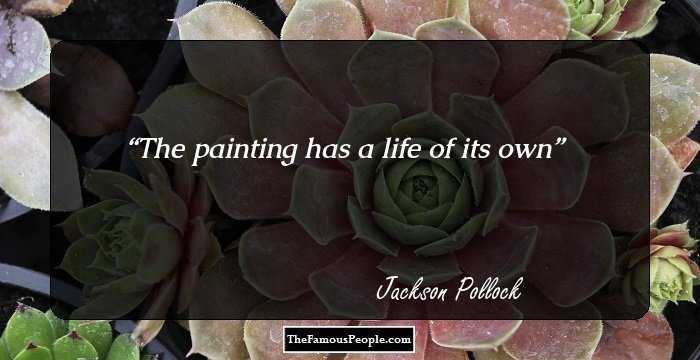 The painting has a life of its own 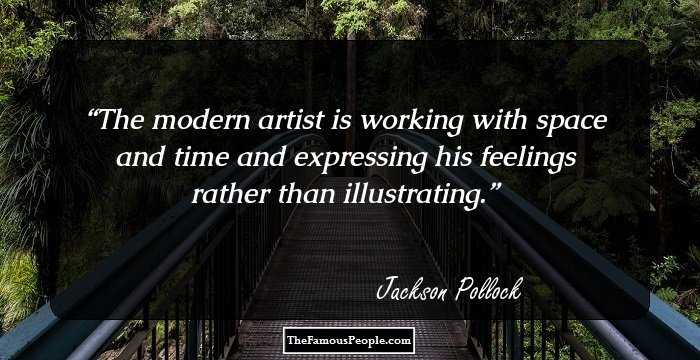 The modern artist is working with space and time and expressing his feelings rather than illustrating. 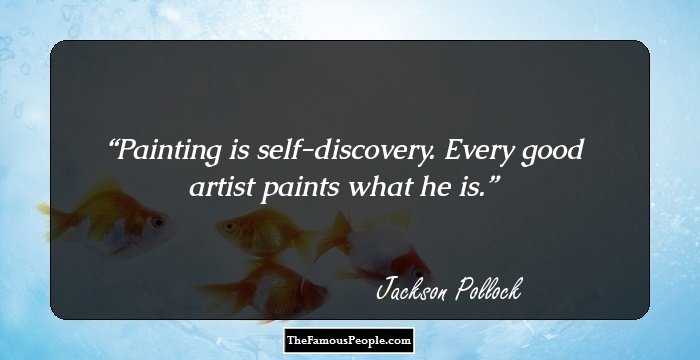 Painting is self-discovery. Every good artist paints what he is. 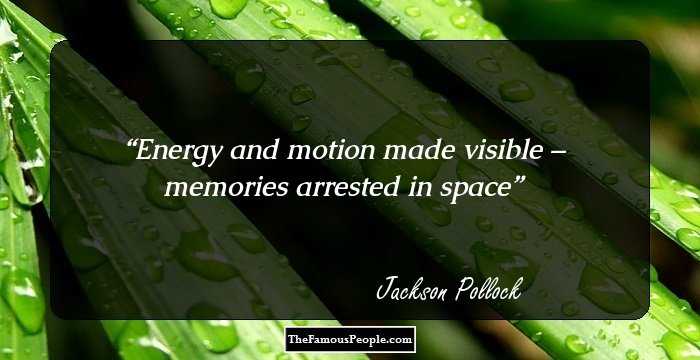 Energy and motion made visible â memories arrested in space 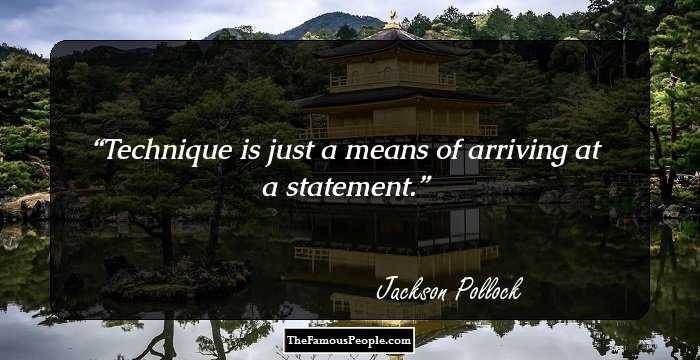 Technique is just a means of arriving at a statement. 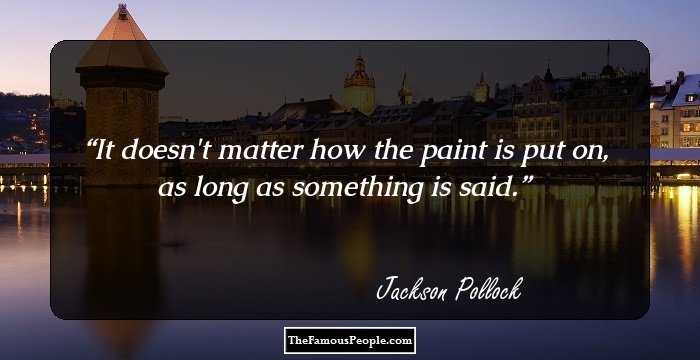 It doesn't matter how the paint is put on, as long as something is said. 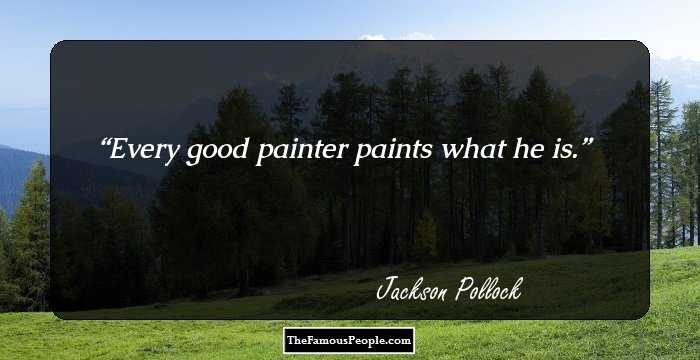 Every good painter paints what he is. 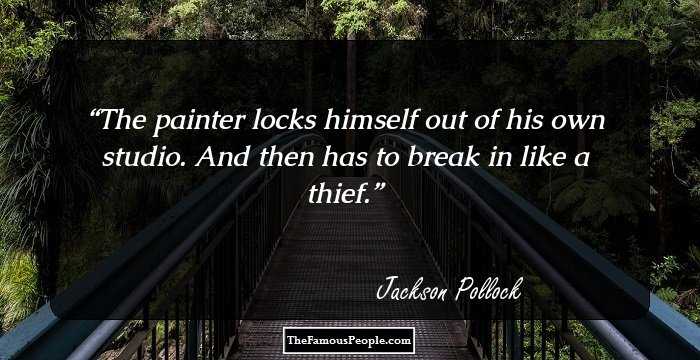 The painter locks himself out of his own studio. And then has to break in like a thief. 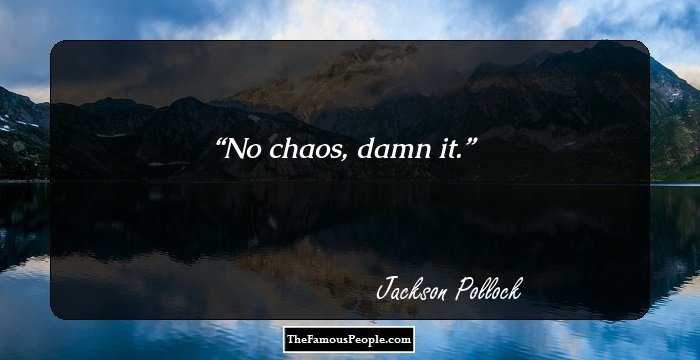 No chaos, damn it. 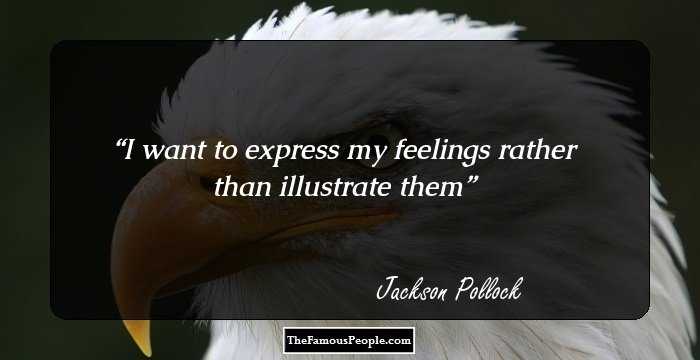 I want to express my feelings rather than illustrate them 50 Great Quotes By Zelda Fitzgerald, The Original 'It Girl'