Famous As: painter
Born On: October 22, 1925
Died On: May 12, 2008
Born In: Port Arthur, Texas
Died At Age: 82
Robert Rauschenberg was a prolific American artist believed to be one of the prime developers of modern art. His art-works were very unconventional declaring him to be a great artistic innovator. His most famous works were the âCombinesâ where he used everyday items with his paintings. He was inclined towards the art of painting since an early age and studied at some of the most renowned art schools. After completing his studies he moved to New York City where he came up with his first solo show in 1951. This marked the beginning of the most successful decade of his life. He came up with his single-colored paintings like the white paintings and the red paintings where he used different shades of the color to materials like wood and nails. The success of these paintings encouraged him to come up with the most notable work of his life titled âCombinesâ. There he used waste materials from streets in his paintings which redefined the use of such things. These works had a very deep meaning which helped him to establish a reputation as an unconventional painter. During the later years of his career he went on a seven-year long tour to ten countries of the world leaving his artworks there to promote world peace. He expressed his thoughts on varied topics through his paintings, sculptures and graphics. Go through the quotes and thoughts by Robert Rauschenberg which reflects his unconventional mind on art.
Listed In:
Painters
Quotes by Famous People 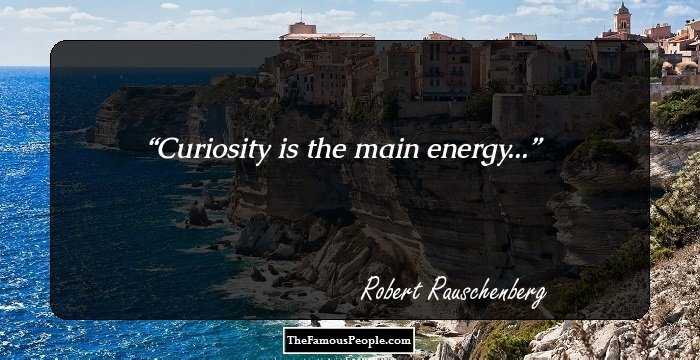 Curiosity is the main energy... 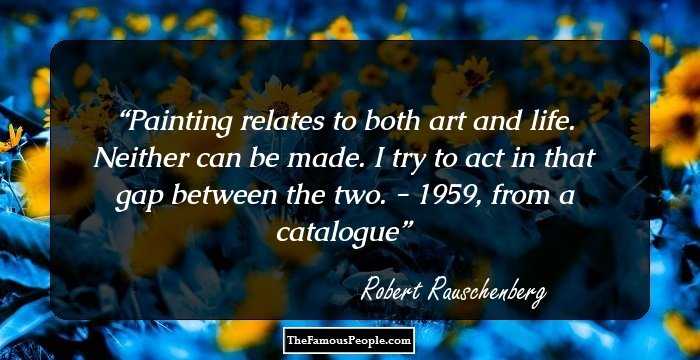 Painting relates to both art and life. Neither can be made. I try to act in that gap between the two. - 1959, from a catalogue 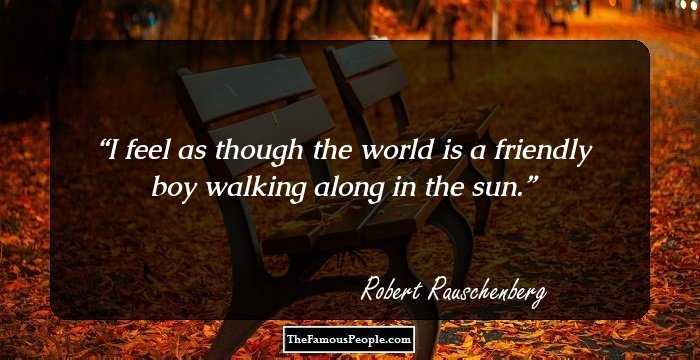 I feel as though the world is a friendly boy walking along in the sun. 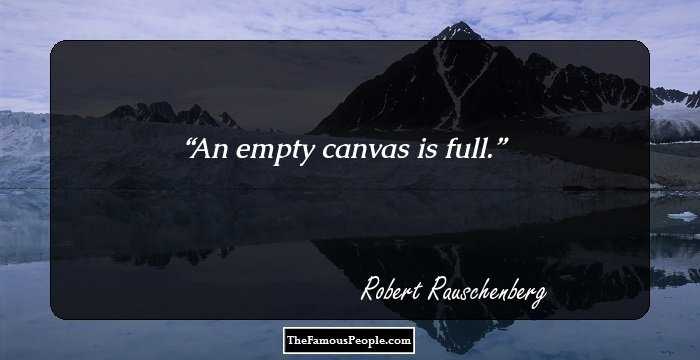 An empty canvas is full. 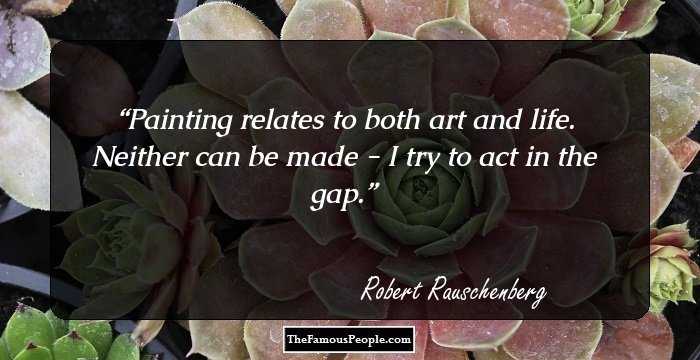 Painting relates to both art and life. Neither can be made - I try to act in the gap. 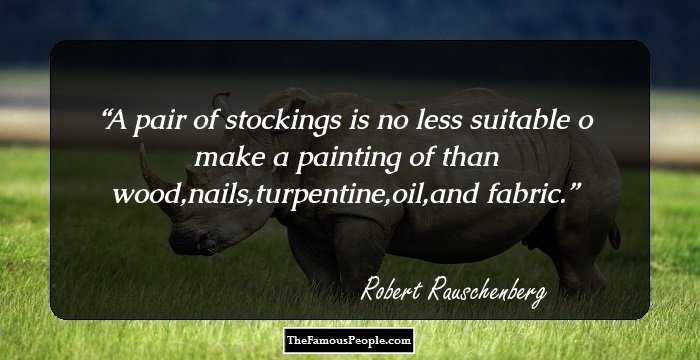 A pair of stockings is no less suitable o make a painting of than wood,nails,turpentine,oil,and fabric. 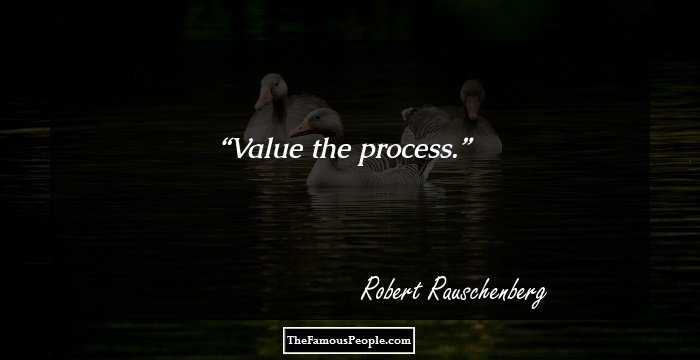 23 Motivational Quotes By Robert H. Schuller That Will Inspire You In Tough Times