Famous As: Writer
Born On: June 17, 1867
Died On: September 2, 1922
Born In: Grenfell
Died At Age: 55
Henry Lawson was an eminent Australian bush poet and writer. He is considered as one of the most illustrious fiction writers and Australian poets of the colonial period, along with his contemporary Banjo Paterson. Henry Lawson is often cited to be the countryâs âgreatest short story writer.â Some of his best-known works include, âWhile the Billy Boils,â âJoe Wilson and His Mates,â âThe Droverâs Wife,â âThe Poems of Henry Lawson,â âAustralian Loyalty,â âThe Penguin Henry Lawson Short Stories,â âTriangles of Life, and Other Stories,â besides many others. A number of his writings, works, thoughts, and poems were published posthumously. We have amassed the most noteworthy sayings and quotes by Henry Lawson which have been extracted from his poems, writings, short stories, works, thoughts and life. Scroll through the quotes and thoughts by Henry Lawson.
Listed In:
Writers
Poets 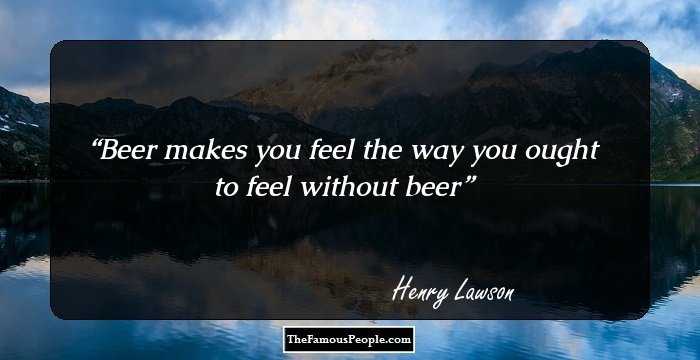 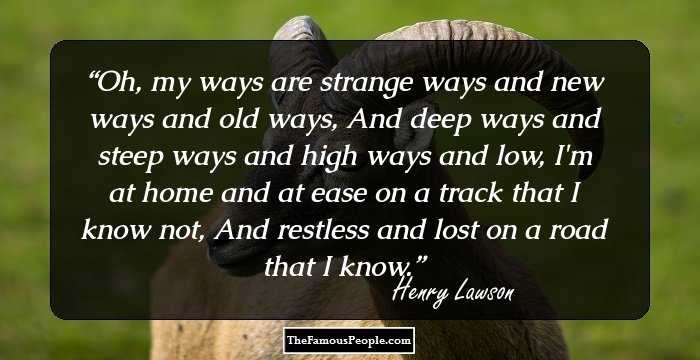 Oh, my ways are strange ways and new ways and old ways, And deep ways and steep ways and high ways and low, I'm at home and at ease on a track that I know not, And restless and lost on a road that I know. 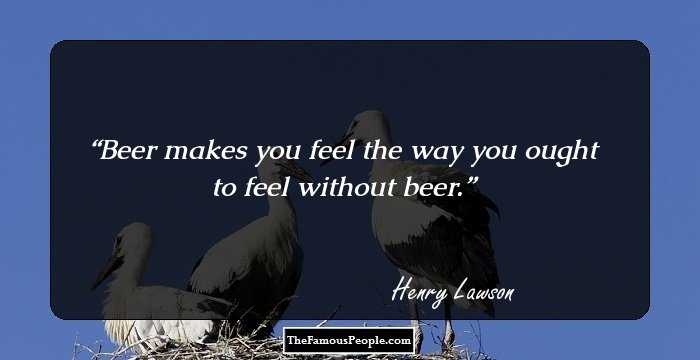 Beer makes you feel the way you ought to feel without beer. 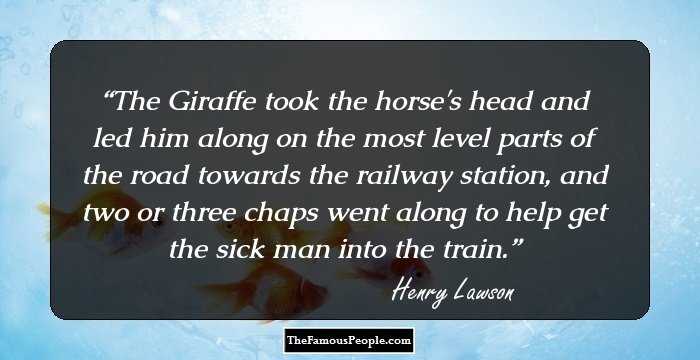 The Giraffe took the horse's head and led him along on the most level parts of the road towards the railway station, and two or three chaps went along to help get the sick man into the train.

It is a matter of public shame that while we have now commemorated our hundredth anniversary, not one in every ten children attending Public schools throughout the colonies is acquainted with a single historical fact about Australia. 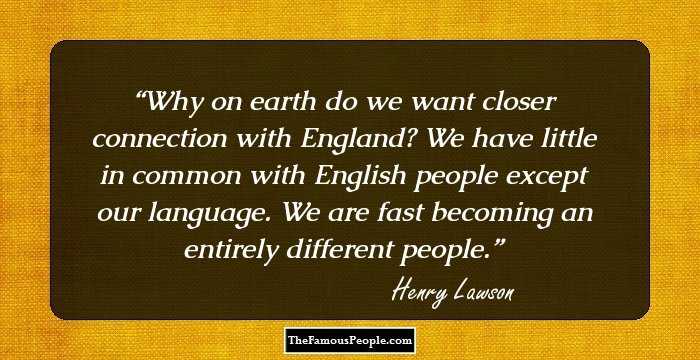 Why on earth do we want closer connection with England? We have little in common with English people except our language. We are fast becoming an entirely different people. 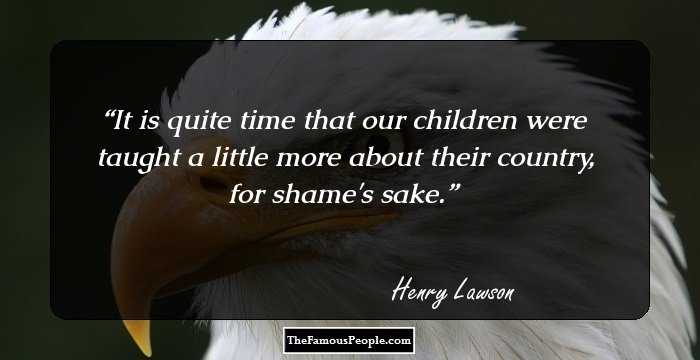 It is quite time that our children were taught a little more about their country, for shame's sake. 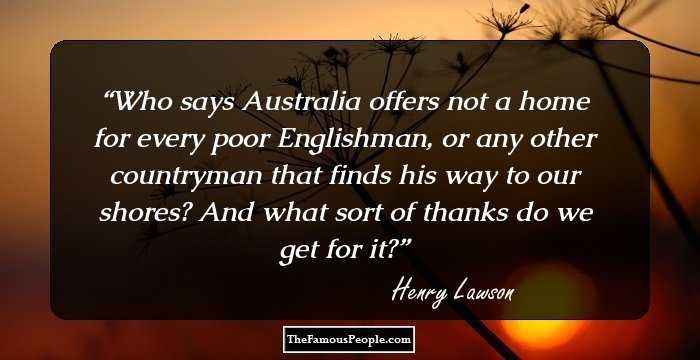 Who says Australia offers not a home for every poor Englishman, or any other countryman that finds his way to our shores? And what sort of thanks do we get for it? 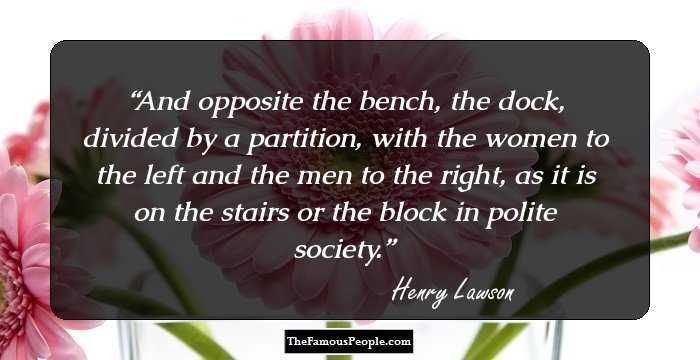 And opposite the bench, the dock, divided by a partition, with the women to the left and the men to the right, as it is on the stairs or the block in polite society.

The children are taught more of the meanest state in Europe than of the country they are born and bred in, despite the singularity of its characteristics, the interest of its history, the rapidity of its advance, and the stupendous promise of its future.

We shall never be understood or respected by the English until we carry our individuality to extremes, and by asserting our independence, become of sufficient consequence in their eyes to merit a closer study than they have hitherto accorded us. 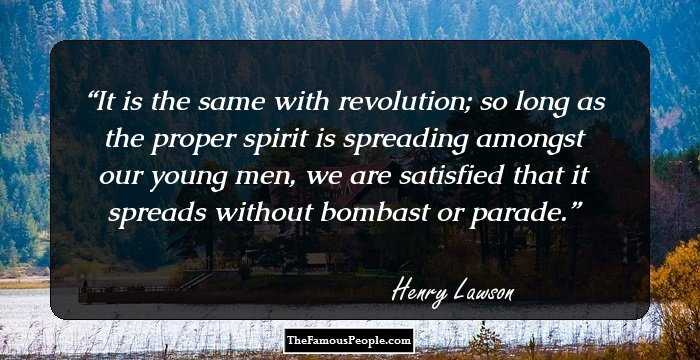 It is the same with revolution; so long as the proper spirit is spreading amongst our young men, we are satisfied that it spreads without bombast or parade. 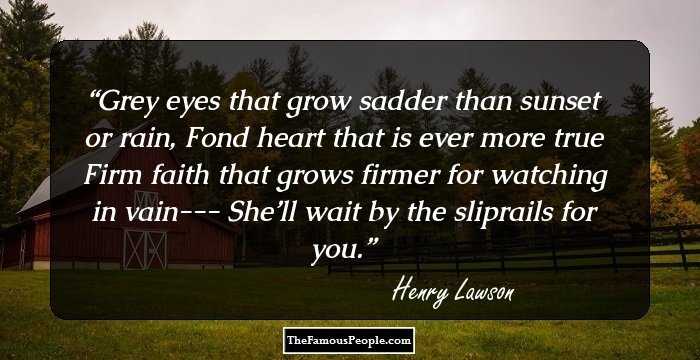 Grey eyes that grow sadder than sunset or rain, Fond heart that is ever more true Firm faith that grows firmer for watching in vain--- She’ll wait by the sliprails for you. 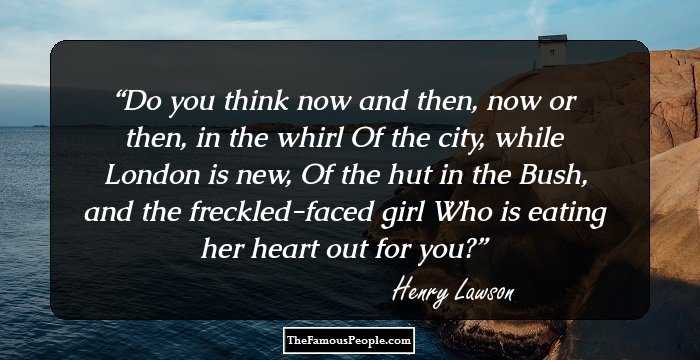 Do you think now and then, now or then, in the whirl Of the city, while London is new, Of the hut in the Bush, and the freckled-faced girl Who is eating her heart out for you?