Famous As: Poet, Environmentalist, Campaigner for Aboriginal Land Rights
Born On: May 31, 1915
Died On: June 25, 2000
Born In: Armidale, Australia
Died At Age: 85
Judith Wright was a famed Australian environmentalist, campaigner for Aboriginal land rights and poet. Born in New South Wales, she largely spent her formative years in Sydney and Brisbane. She authored a number of poems including, âThe Two Fires,â âThe Moving Image,â âHunting Snake,â âBirds,â âWoman to Man,â âShadowâ and various others. Her views, thoughts and writings focused primarily on the âAustralian Movement.â Her writings largely comprised of Indigenous Australians and the bush and also the relationship between settlers. Her thoughts, poems and other writings have been translated in number of languages including, Russian, Italian and Japanese. Following is a corpus of some interesting and inspiring sayings and quotes by Judith Wright. Go through the collection of some enlightening thoughts and quotes by Judith Wright that are sure to motivate you.
Listed In:
Writers
Poets
Activists 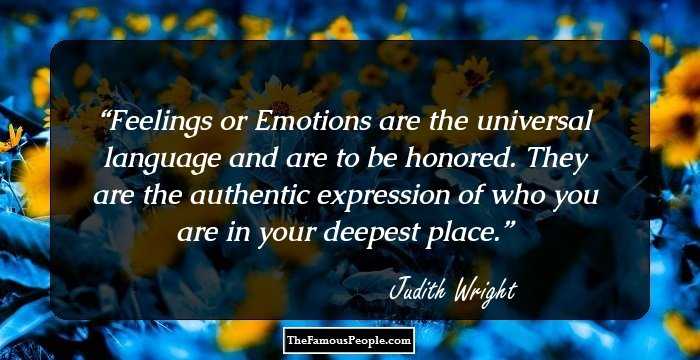 Feelings or Emotions are the universal language and are to be honored. They are the authentic expression of who you are in your deepest place. 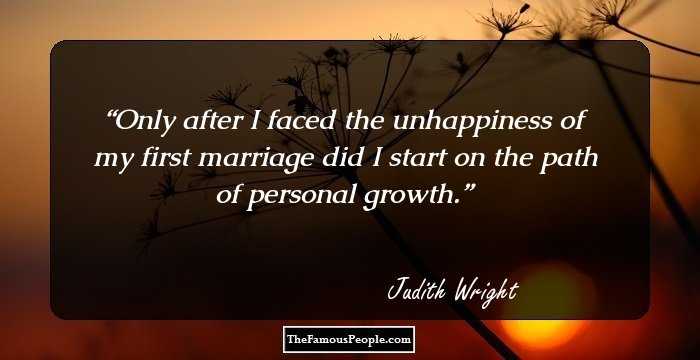 Only after I faced the unhappiness of my first marriage did I start on the path of personal growth. 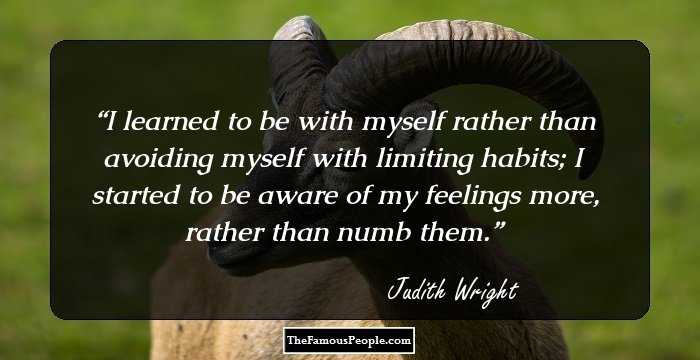 I learned to be with myself rather than avoiding myself with limiting habits; I started to be aware of my feelings more, rather than numb them. 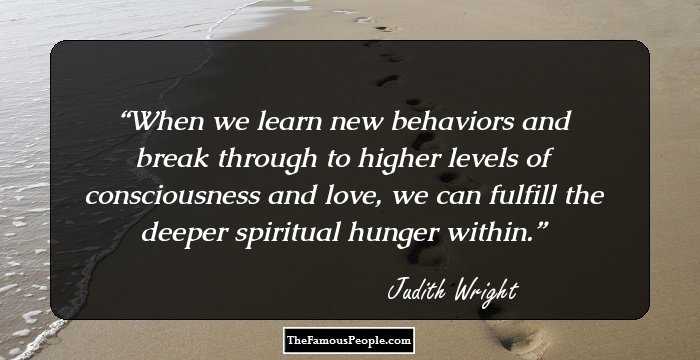 When we learn new behaviors and break through to higher levels of consciousness and love, we can fulfill the deeper spiritual hunger within. 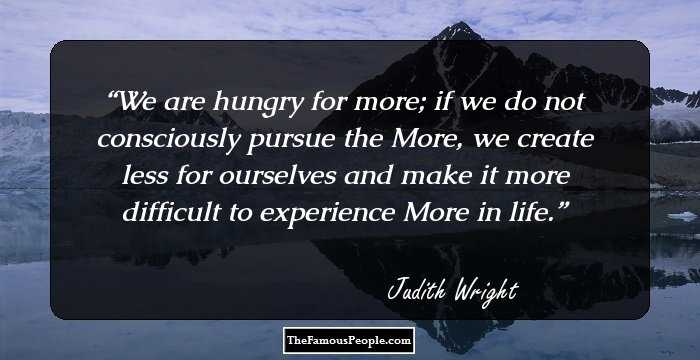 We are hungry for more; if we do not consciously pursue the More, we create less for ourselves and make it more difficult to experience More in life. 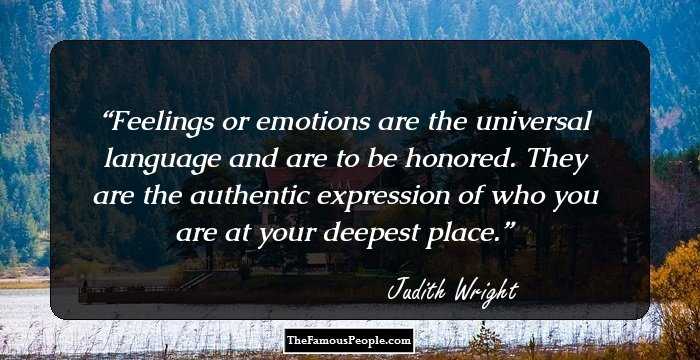 Feelings or emotions are the universal language and are to be honored. They are the authentic expression of who you are at your deepest place. 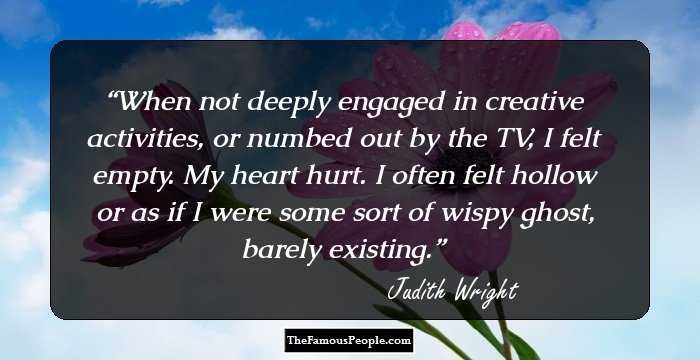 When not deeply engaged in creative activities, or numbed out by the TV, I felt empty. My heart hurt. I often felt hollow or as if I were some sort of wispy ghost, barely existing. 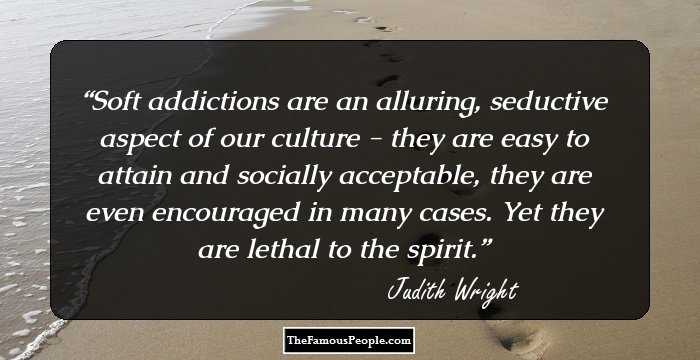 Soft addictions are an alluring, seductive aspect of our culture - they are easy to attain and socially acceptable, they are even encouraged in many cases. Yet they are lethal to the spirit. 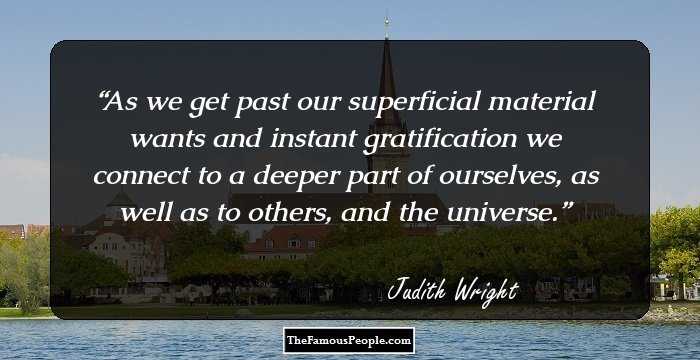 As we get past our superficial material wants and instant gratification we connect to a deeper part of ourselves, as well as to others, and the universe.

We've observed that people who stall in their personal growth work often have counterproductive soft addictions that stand in their way of growth and having the life they say they want. It can be a simple thing, such as watching TV instead of finishing a project.