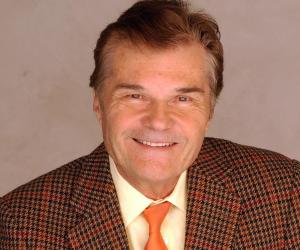 Famous As: Actor known for his roles in several Christopher Guest mockumentary films such as Waiting for Guffman and Best in Show
Born On: September 18, 1933
Died On: May 15, 2020
Born In: Shaker Heights, Ohio, United States
Died At Age: 86
Fred Willard was an illustrious American writer, actor, and comedian. He was one of the most loved and talented comedic performers. He is renowned for his roles in âMascots,â âThis is Spinal Tap,â âAnchorman films,â âA Mighty Wind,â âWaiting for Guffman,â âFor Your Consideration,â and âBest in Show,â amongst various others. In 1967, âTeenage Mother,â an American exploitation film, marked his acting debut. We have amassed some quotes by Fred Willard, which have been excerpted from his movies, writings, dialogues, and interviews. Scroll through the treasury of quotes by Fred Willard on movies, acting, funny, show, horror, will, comedy, daughter, strange, money, ridiculous, rich, fans, wife, happenings, thinking, drinking, party, ensemble, and more.
Listed In:
Actors
Film & Theater Personalities
Comedians 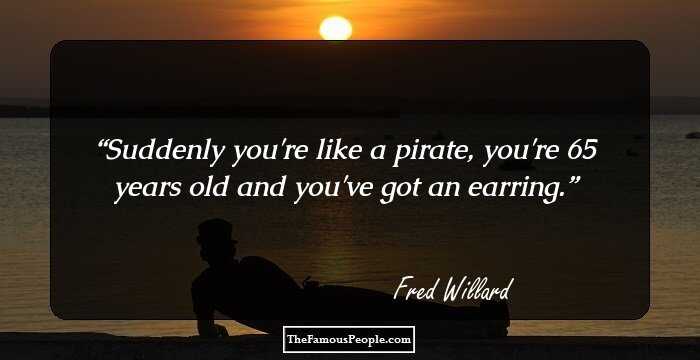 Suddenly you're like a pirate, you're 65 years old and you've got an earring. 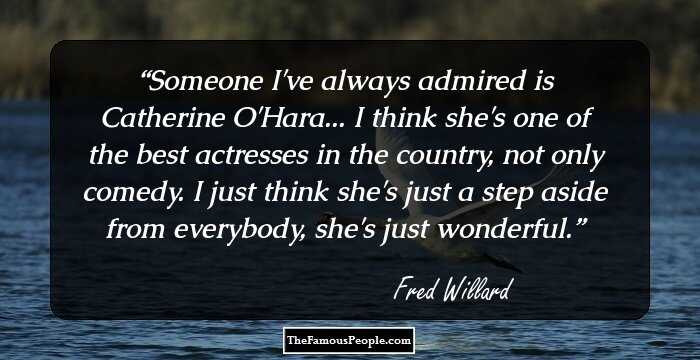 Someone I've always admired is Catherine O'Hara... I think she's one of the best actresses in the country, not only comedy. I just think she's just a step aside from everybody, she's just wonderful. 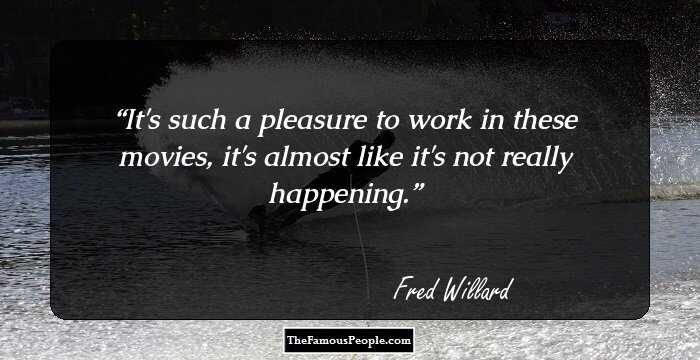 It's such a pleasure to work in these movies, it's almost like it's not really happening. 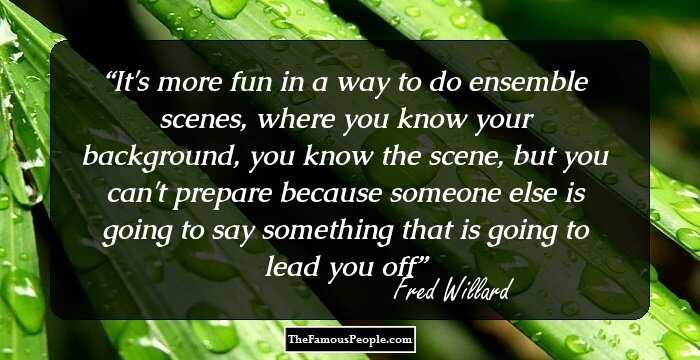 It's more fun in a way to do ensemble scenes, where you know your background, you know the scene, but you can't prepare because someone else is going to say something that is going to lead you off 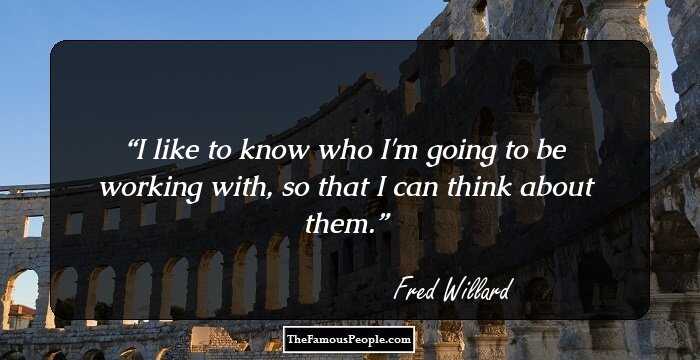 I like to know who I'm going to be working with, so that I can think about them. 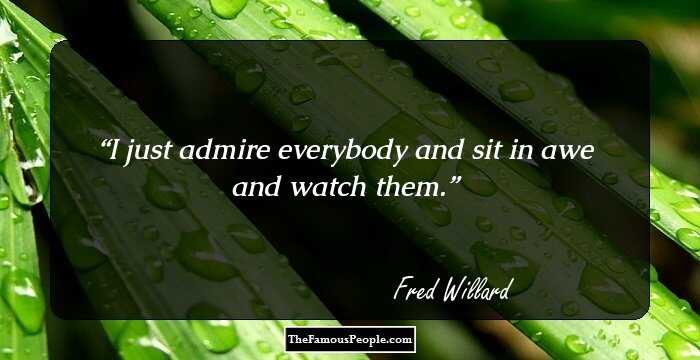 I just admire everybody and sit in awe and watch them. 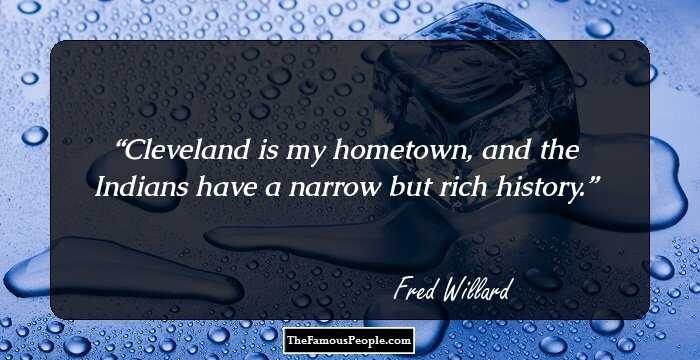 Cleveland is my hometown, and the Indians have a narrow but rich history.

I don't know why my lines that were cut from the film didn't make it onto the DVD. I have offered to go into the editing room with Christopher and work shoulder to shoulder with him to fit all my lines in. I think he thinks I'm kidding. I'm only trying to help.

I think my wife saw a picture of the rock group Journey, and they're kind of aging, and the one guy had dyed blonde hair with black roots, and... my idea was to get a little earring, I wanted to have a dangling earring.

100 Woody Allen Quotes That Highlight His Take On Life 9 Quotes By Bob Newhart For Your Laughter Therapy