Famous As: Poet
Born On: July 3, 1683
Died On: April 5, 1765
Born In: Upham
Died At Age: 81
Edward Young was a renowned English poet of the 18th century known for his poem called âNight Thoughtsâ. He won a fellowship in law and went on to complete his Doctorate in Civil Law Degree. He further pursued his childhood passion of writing and debuted as a poet with âEpistle toâ¦ Lord Lansdouneâ. He published some more poems and produced a couple of plays backed by his mentor, the Duke of Wharton. He published a series of seven satires that were well-received by the masses and established his reputation as a satirist. He was made the Royal Chaplain after a collection of his satires titled âLove of Fame, the Universal Passionâ was published. This was followed by one of his major works,âThe Conjecturesâ, which was acknowledged as a milestone in the History of Literature. He later became successful as a writer and came out with his most appreciated work known as âNine Thoughtsâ. This was published in nine volumes, written in a blank verse, and turned out to be a massive hit among the masses. Go through the compilation of quotes and thoughts by the distinguished poet. Take a look at the noteworthy sayings and quotations by Edward Young.
Listed In:
Writers
Poets 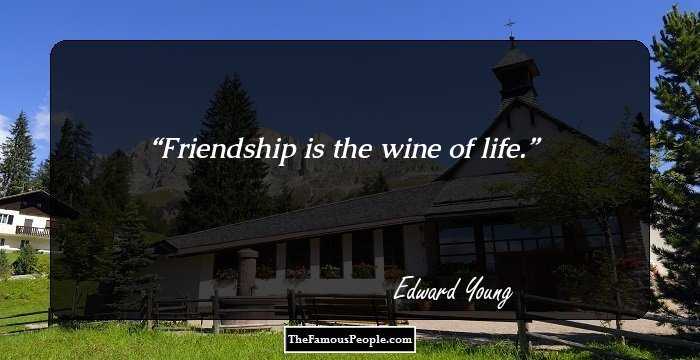 Friendship is the wine of life. 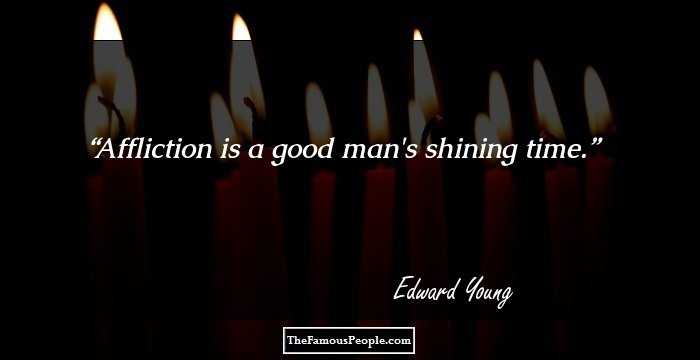 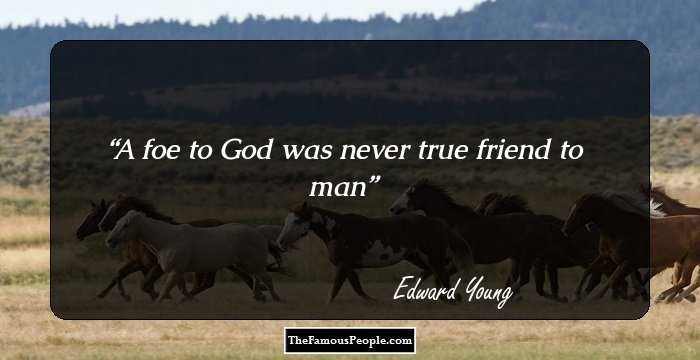 A foe to God was never true friend to man 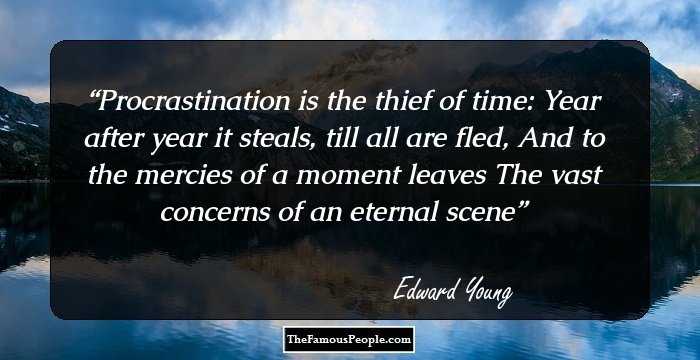 Procrastination is the thief of time: Year after year it steals, till all are fled, And to the mercies of a moment leaves The vast concerns of an eternal scene 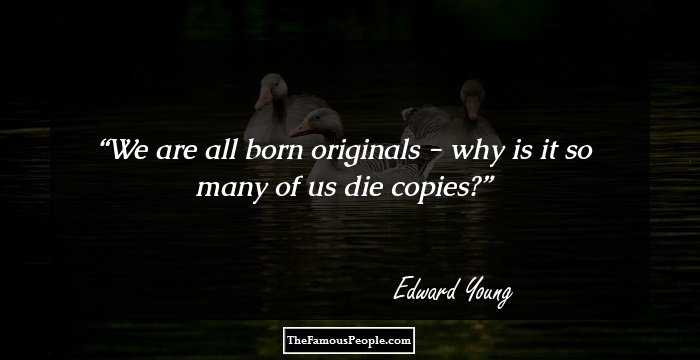 We are all born originals - why is it so many of us die copies? 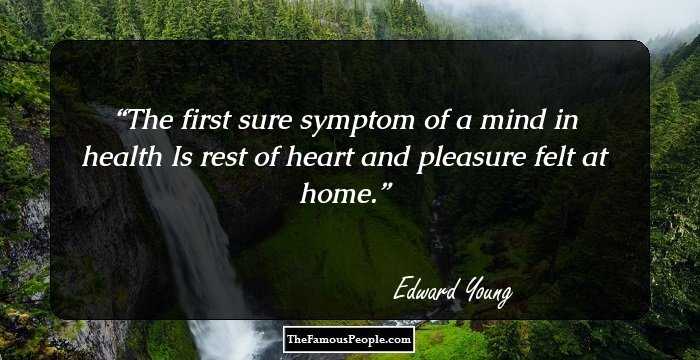 The first sure symptom of a mind in health Is rest of heart and pleasure felt at home. 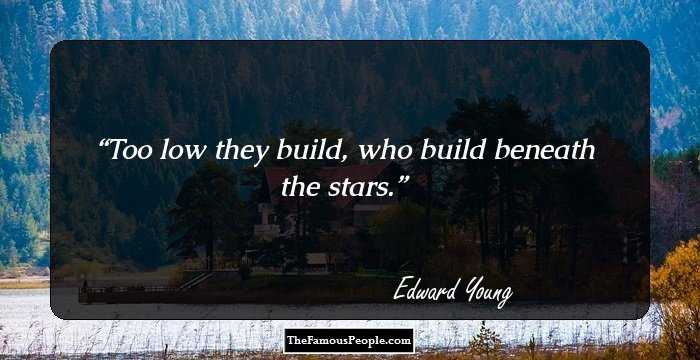 Too low they build, who build beneath the stars. 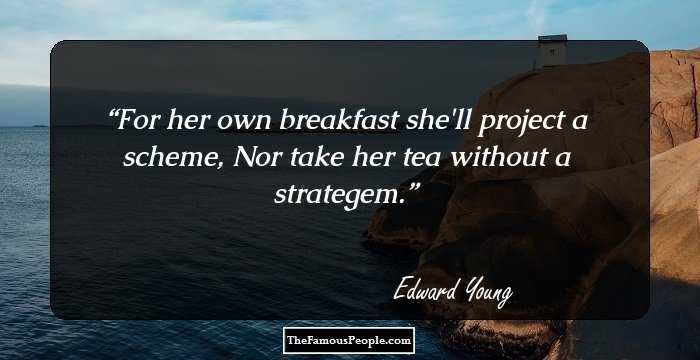 For her own breakfast she'll project a scheme, Nor take her tea without a strategem. 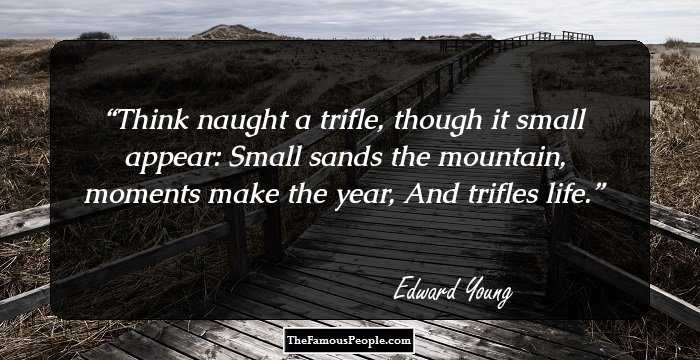 Think naught a trifle, though it small appear: Small sands the mountain, moments make the year, And trifles life. 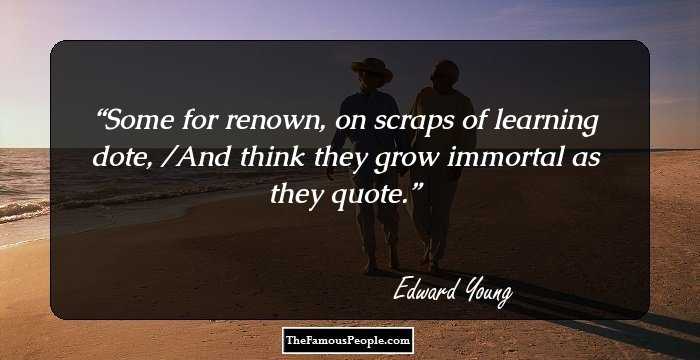 Some for renown, on scraps of learning dote, /And think they grow immortal as they quote. 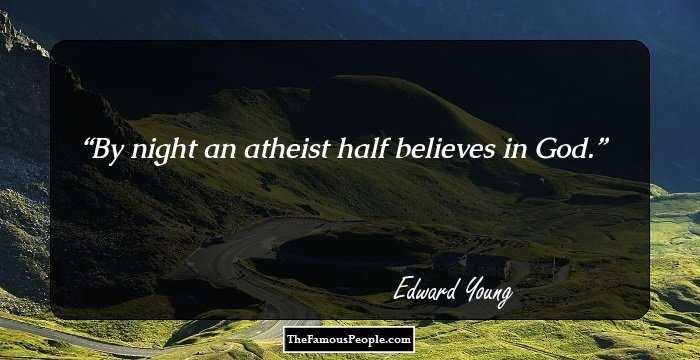 By night an atheist half believes in God. 100 Timeless Quotes By John Keats That Will Touch Your Heart 36 Inspiring Quotes By A. E. Housman For The Verse-Makers 100 Selected Quotes by John Milton, The Author of Paradise Lost