Famous As: Novelist
Born On: September 16, 1958
Born In: New York, United States
Age: 63 Years
Donald Antrim is an eminent American novelist who was named among the twenty best writers under the age of forty by âThe New Yorkerâ in 1999. After graduating from the âBrown Universityâ he served as a professor of prose fiction at the âUniversity of New Yorkâ. He started off his literary career with his debut novel titled âElect Mr. Robinson for a Better Worldâ. The book was well-received by the masses and brought him fame in the literary world. He further contributed various short stories for the âNew Yorkerâ. There he has written various short stories which took his fame and popularity to new heights. He has also published two fiction books called âThe Verificationistâ and âThe Hundred Brothersâ. Apart from this, he has also written a non-fiction called âThe Afterlifeâ. It is a memoir about his mother and was an instant hit. His significant contributions to literature have brought him various awards and accolades. His most renowned accolade was being named a âMacArthur Fellowâ. Go through the quotes by the renowned writer to have a different perspective of life. Take a look at the famous quotes and thoughts by Donald Antrim that urge you to take charge of your feelings.
Listed In:
Writers 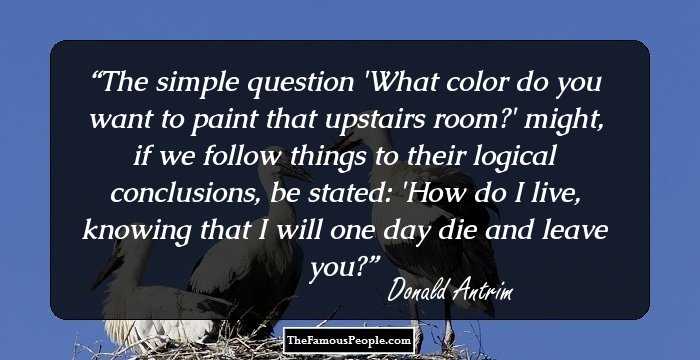 The simple question 'What color do you want to paint that upstairs room?' might, if we follow things to their logical conclusions, be stated: 'How do I live, knowing that I will one day die and leave you?

You Will I
Donald Antrim 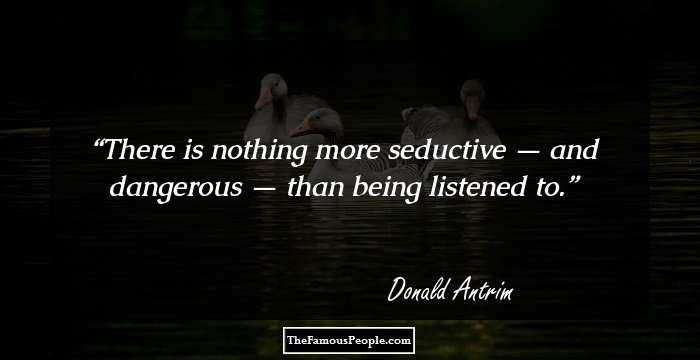 There is nothing more seductive — and dangerous — than being listened to. 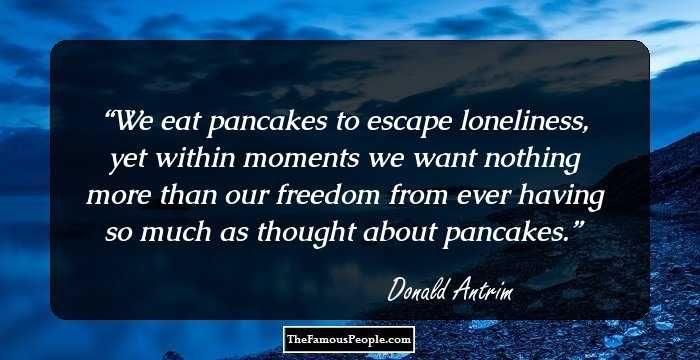 We eat pancakes to escape loneliness, yet within moments we want nothing more than our freedom from ever having so much as thought about pancakes. 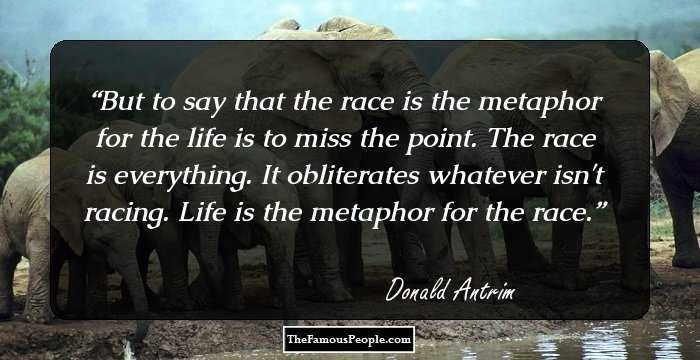 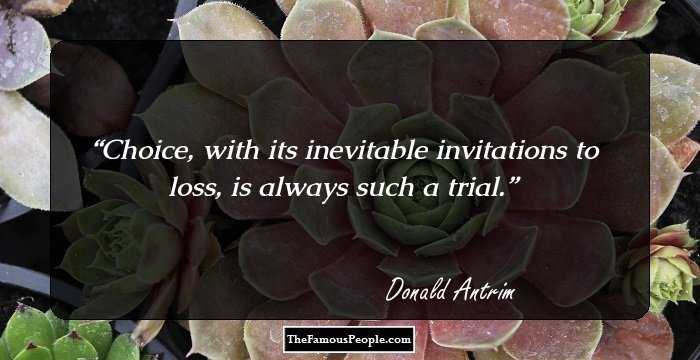 Choice, with its inevitable invitations to loss, is always such a trial. 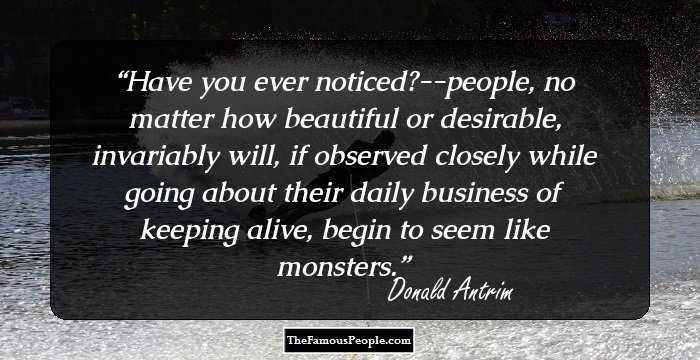 Have you ever noticed?--people, no matter how beautiful or desirable, invariably will, if observed closely while going about their daily business of keeping alive, begin to seem like monsters. 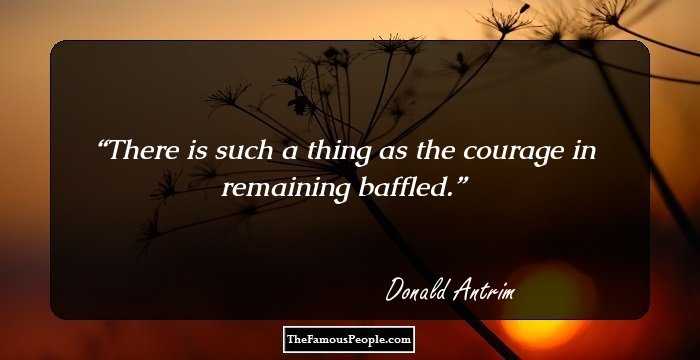 There is such a thing as the courage in remaining baffled. 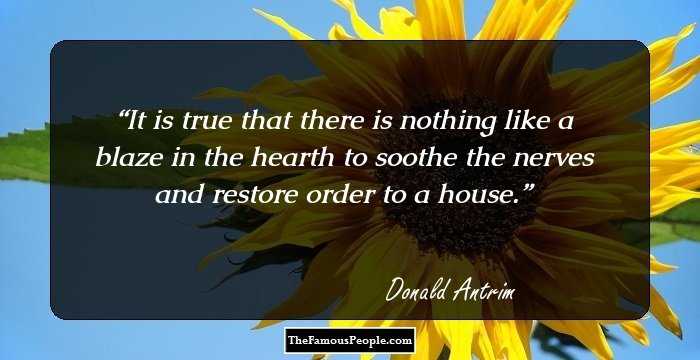 It is true that there is nothing like a blaze in the hearth to soothe the nerves and restore order to a house. 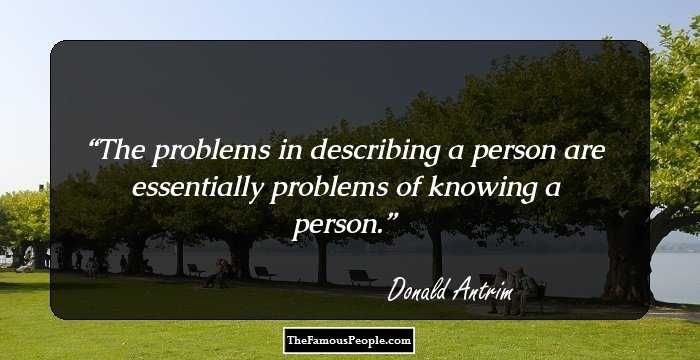 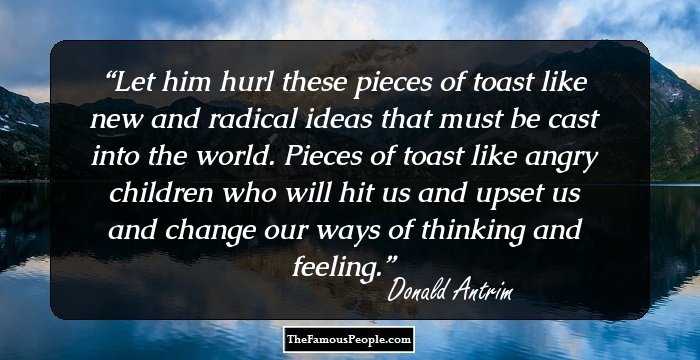 98 Powerful Harper Lee Quotes That You Will Never Forget