Famous As: British Military Historian and Soldier Known for His Advocacy of Mechanized Warfare
Born On: October 31, 1895
Died On: January 29, 1970
Born In: Paris, France
Died At Age: 74

B. H. Liddell Hart was a celebrated English military theorist, soldier, and military historian. He was a distinguished strategist renowned for promoting mechanized warfare. He is considered to have contributed towards the formation of the Rommel myth while being the part of two interconnected initiatives -Â moral rehabilitation of German Wehrmacht and being an exponent of the West German rearmament. He was the son of an English Methodist minister, and pursued his formal education from St. Pauls School. His thoughts, works and writings have been more predominant in Germany as compared to England or France. Here is a list of some notable quotes and thoughts by the sagacious theorist and historian. Go through the quotes and sayings by B. H. Liddell Hart, which has been gathered from the vast sea of his works, thoughts, writings, theories, books and life. 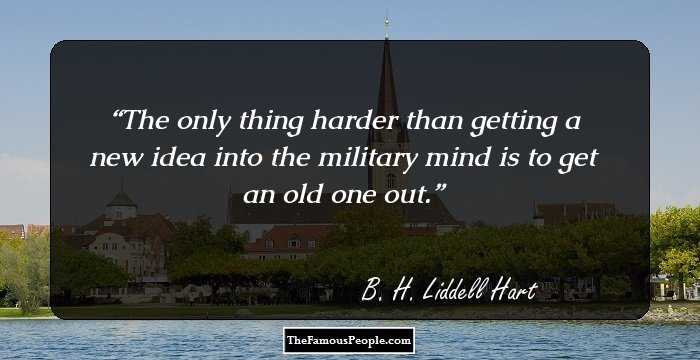 The only thing harder than getting a new idea into the military mind is to get an old one out. 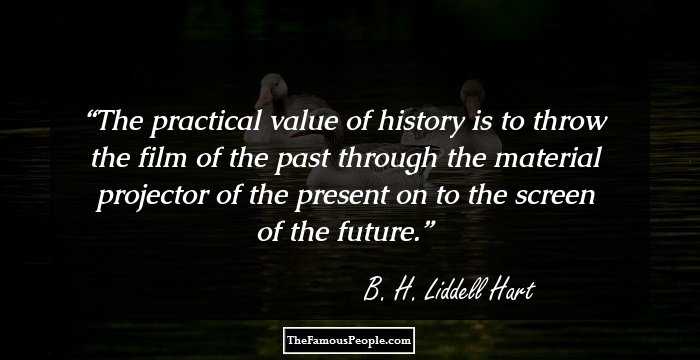 The practical value of history is to throw the film of the past through the material projector of the present on to the screen of the future. 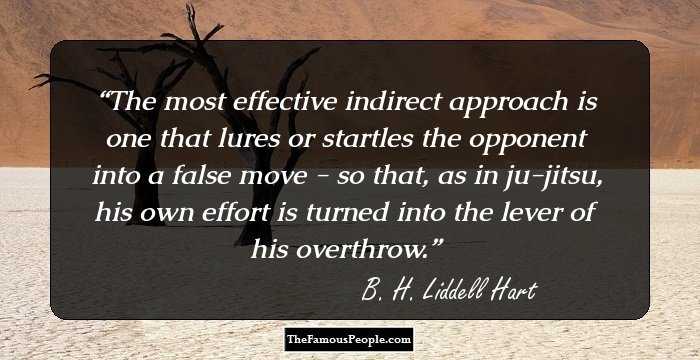 The most effective indirect approach is one that lures or startles the opponent into a false move - so that, as in ju-jitsu, his own effort is turned into the lever of his overthrow. 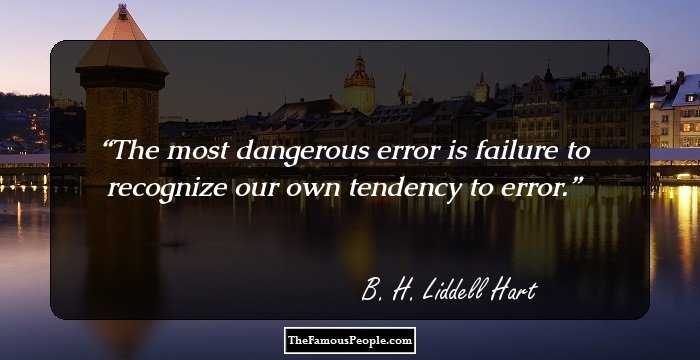 The most dangerous error is failure to recognize our own tendency to error. 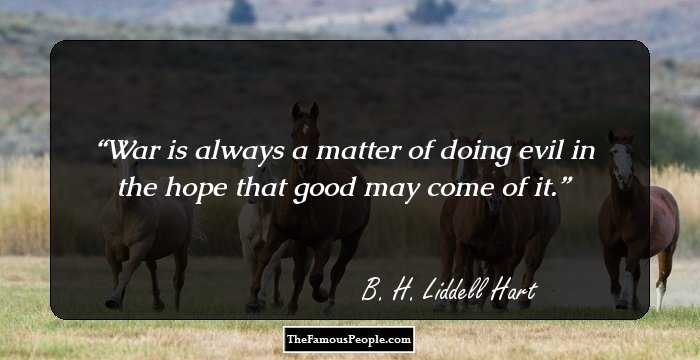 War is always a matter of doing evil in the hope that good may come of it. 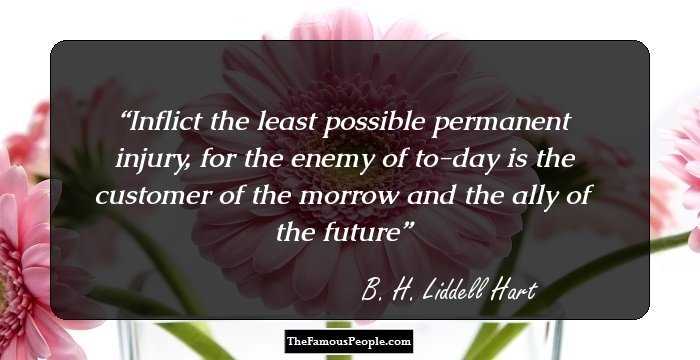 Inflict the least possible permanent injury, for the enemy of to-day is the customer of the morrow and the ally of the future 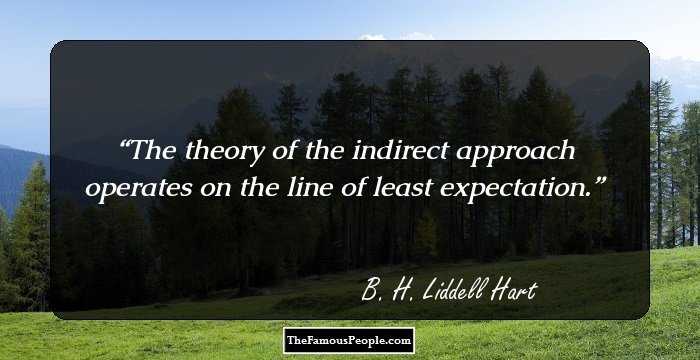 The theory of the indirect approach operates on the line of least expectation. 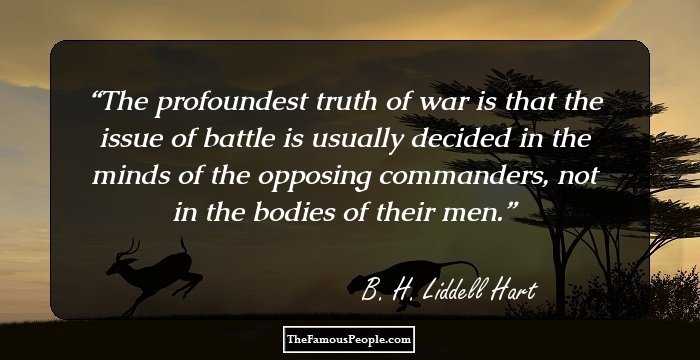 The profoundest truth of war is that the issue of battle is usually decided in the minds of the opposing commanders, not in the bodies of their men.

The most consistently successful commanders, when faced by an enemy in a position that was strong naturally or materially, have hardly ever tackled it in a direct way. And when, under pressure of circumstances, they have risked a direct attack, the result has commonly been to blot their record with a failure. 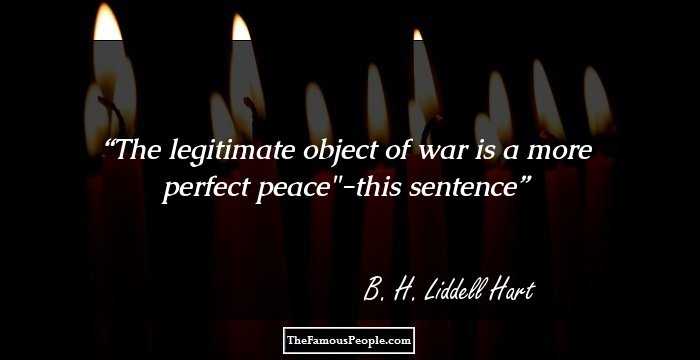 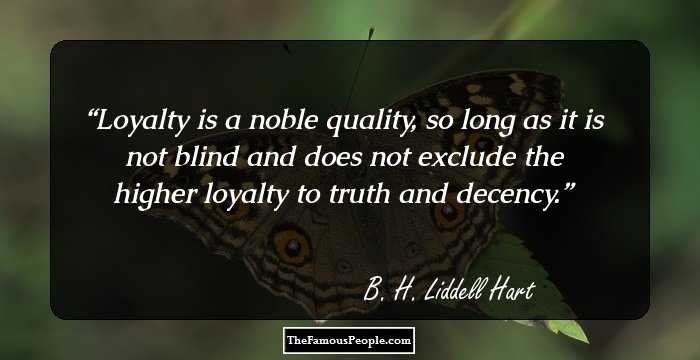 Loyalty is a noble quality, so long as it is not blind and does not exclude the higher loyalty to truth and decency. 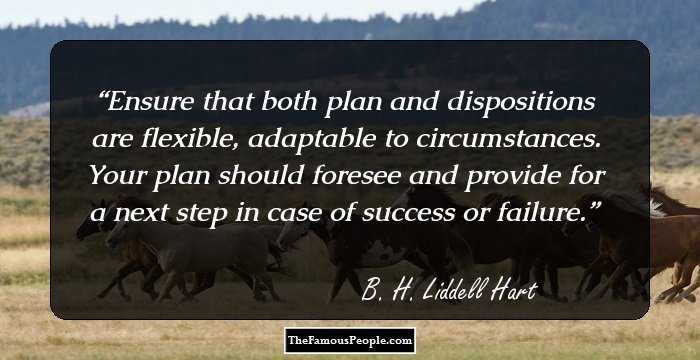 Ensure that both plan and dispositions are flexible, adaptable to circumstances. Your plan should foresee and provide for a next step in case of success or failure. 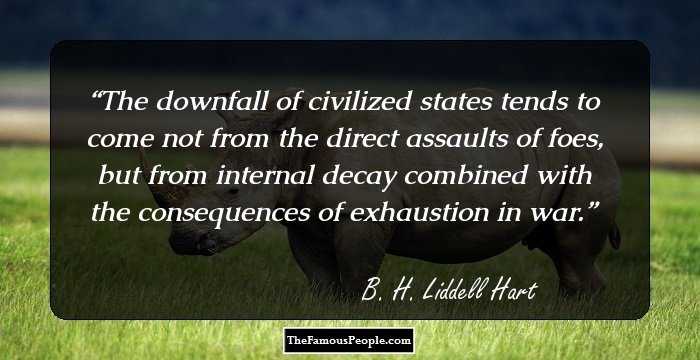 The downfall of civilized states tends to come not from the direct assaults of foes, but from internal decay combined with the consequences of exhaustion in war.

Opposition to the truth is inevitable, especially if it takes the form of a new idea, but the degree of resistance can be diminished- by giving thought not only to the aim but to the method of approach. Avoid a frontal attack on a long established position; instead, seek to turn it by flank movement, so that a more penetrable side is exposed to the thrust of truth. But, in any such indirect approach, take care not to diverge from the truth- for nothing is more fatal to its real advancement than to lapse into untruth.

The blurring of the line between policy and strategy] encouraged soldiers to make the preposterous claim that policy should be subservient to their conduct of operations, and (especially in democratic countries) it drew the statesman on to overstep the definite border of his sphere and interfere with his military employees in the actual use of their tools.

While the nominal strength of a country is represented by its numbers and resources, this muscular development is dependent on the state of its internal organs and nerve-system - upon its stability of control, morale, and supply.

The more usual reason for adopting a strategy of limited aim is that of awaiting a change in the balance of force ... The essential condition of such a strategy is that the drain on him should be disproportionately greater than on oneself. 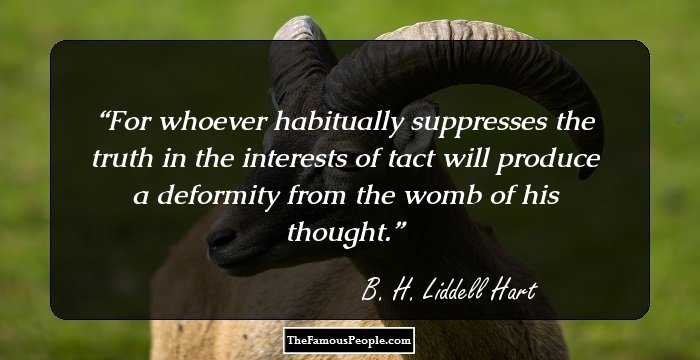 For whoever habitually suppresses the truth in the interests of tact will produce a deformity from the womb of his thought. 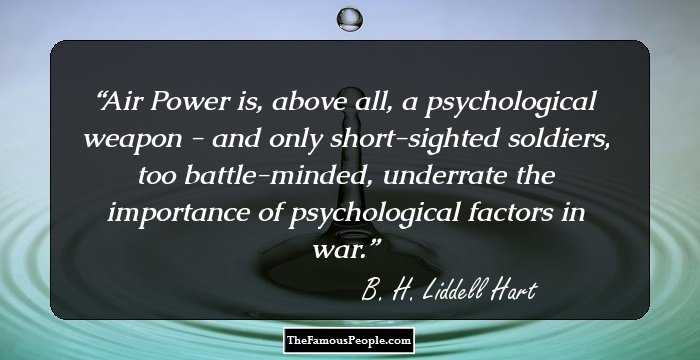 Air Power is, above all, a psychological weapon - and only short-sighted soldiers, too battle-minded, underrate the importance of psychological factors in war. 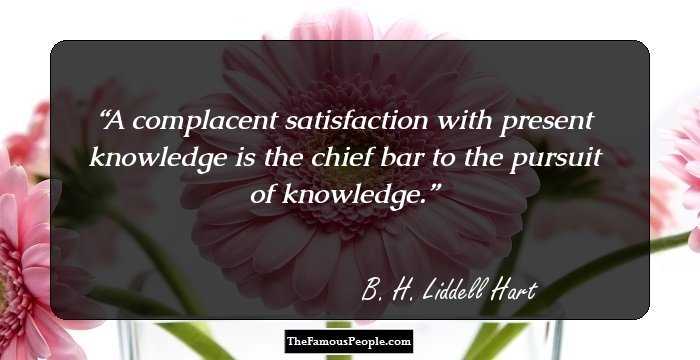 A complacent satisfaction with present knowledge is the chief bar to the pursuit of knowledge. 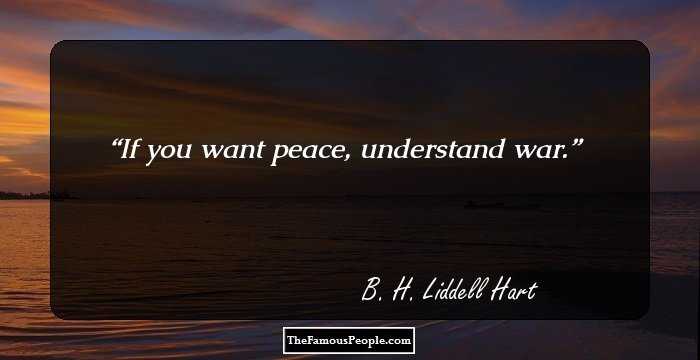 If you want peace, understand war. 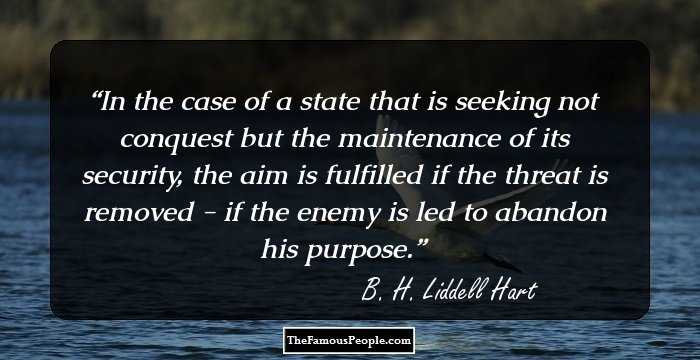 In the case of a state that is seeking not conquest but the maintenance of its security, the aim is fulfilled if the threat is removed - if the enemy is led to abandon his purpose. 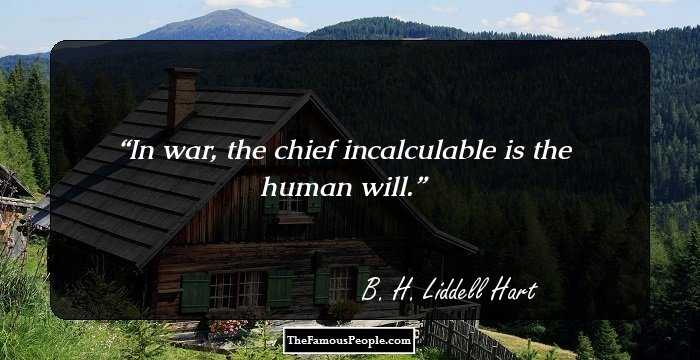 In war, the chief incalculable is the human will.

In war the chief incalculable is the human will, which manifests itself in resistance, which in turn lies in the province of tactics. Strategy has not to overcome resistance, except from nature. Its purpose is to diminish the possibility of resistance, and it seeks to fulfil this purpose by exploiting the elements of movement and surprise.

The easiest and quickest path into the esteem of traditional military authorities is by the appeal to the eye, rather than to the mind. The `polish and pipeclay' school is not yet extinct, and it is easier for the mediocre intelligence to become an authority on buttons, than on tactics.

If we clear the air of the fog of catchwords which surround the conduct of war, and grasp that in the human will lies the source and mainspring of all conflict, as of all other activities of man's life, it becomes clear that our object in war can only be attained by the subjugation of the opposing will. All acts, such as defeat in the field, propaganda, blockade, diplomacy, or attack on the centres of government and population, are seen to be but means to that end.

...regrettable as it may seem to the idealist, the experience of history provides little warrant for the belief that real progress, and the freedom that makes progress possible, lies in unification. For where unification has been able to establish unity of ideas it has usually ended in uniformity, paralysing the growth of new ideas. And where the unification has merely brought about an artificial or imposed unity, its irksomeness has led through discord to disruption.

5 Inspiring Quotes By Thomas Becket, The Thomas Of London