27 Famous Quotes By Beverly Sills For A Euphonious Life

Famous As: American Operatic Soprano Noted for Performing in Coloratura Soprano Roles in Live Opera and Recordings
Born On: May 25, 1929
Died On: July 2, 2007
Born In: Brooklyn, New York, United States
Died At Age: 78
Beverly Sills was a famous American operatic soprano. She was at the zenith of her success during the 1950s to the 1970s. She was renowned for her coloratura soprano roles in recordings and live opera. She was mainly associated with the operas of Donizetti. Many roles of the same were recorded and performed by her. She also sang a repertoire from Massenet and Verdi, Handel and Mozart. Some of her signature roles include the title role in âManon,â the title role in âLucia di Lammermoor,â Violetta in âLa Traviata,â and Elisabetta in âRoberto Devereux.â Here is a collection of interesting quotes and sayings by the eminent artist, which have been extracted from her roles, songs, thoughts, performances, and life. Go through the motivational thoughts and quotes by Beverly Sills on growing, desserts, career, singer, opera, voice, role, communicate, beginning, love, practise, triumph etc that are sure to brighten up of your life.
Listed In:
Singers 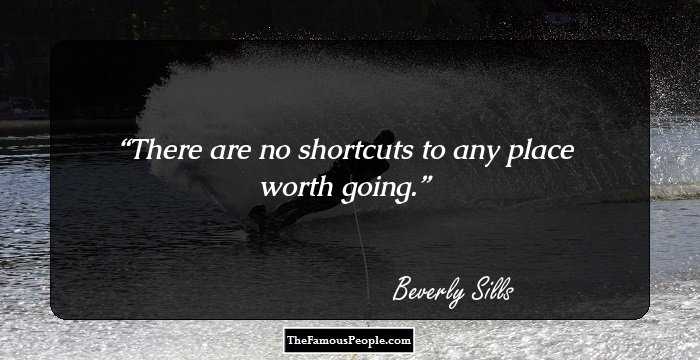 There are no shortcuts to any place worth going. 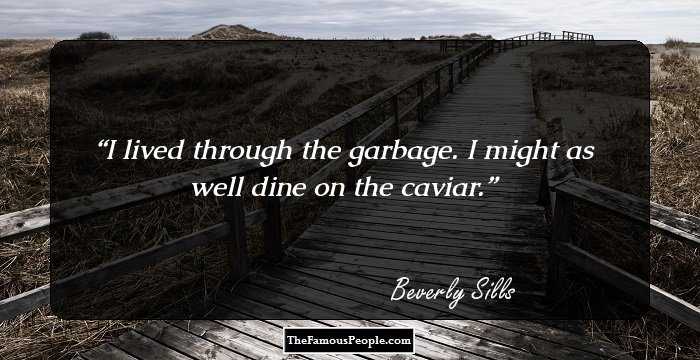 I lived through the garbage. I might as well dine on the caviar.

I never breathe through the nose, not when I'm singing. In the opera, you don't have so much time. That's fine at the beginning of an opera or after somebody else has been doing an aria, and you want to get a good fresh start. 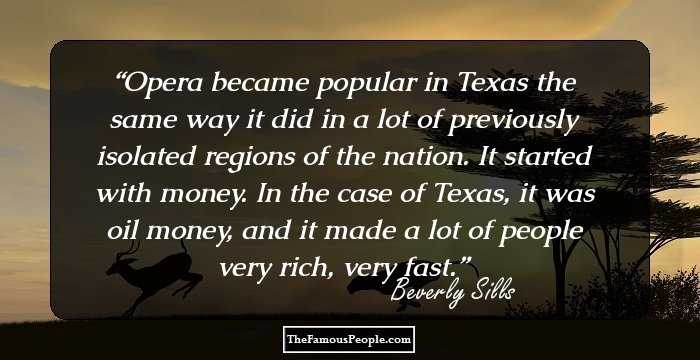 Opera became popular in Texas the same way it did in a lot of previously isolated regions of the nation. It started with money. In the case of Texas, it was oil money, and it made a lot of people very rich, very fast. 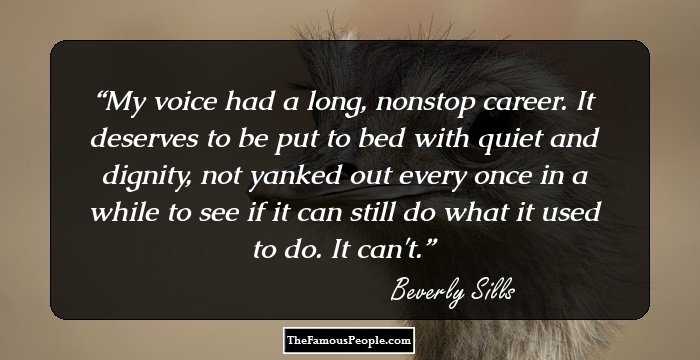 My voice had a long, nonstop career. It deserves to be put to bed with quiet and dignity, not yanked out every once in a while to see if it can still do what it used to do. It can't.

In a sense, I revolutionized the operatic scene because I proved you can make a great international career without the Metropolitan. I'm the only singer who's done that, and I'm proud of that, so it's all worked out for the best. 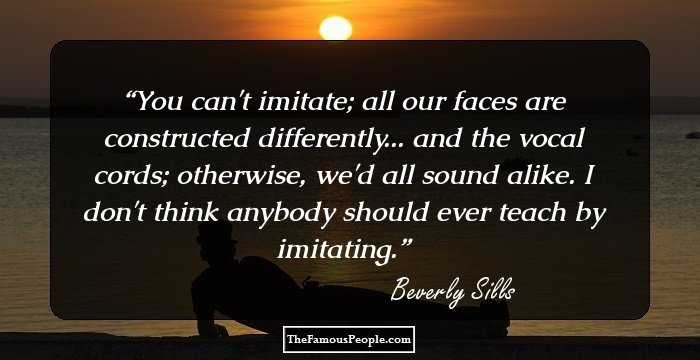 You can't imitate; all our faces are constructed differently... and the vocal cords; otherwise, we'd all sound alike. I don't think anybody should ever teach by imitating.

At the beginning, I thought, 'Oh, I can't criticize a singer who's doing a role that I adored... even a role I didn't do.' And then I thought, 'The heck with that! Thirty years of experience... ask the girl who did it!' And I feel that if they're not willing to take what I have to say, that's fine! But I'm going to say it. 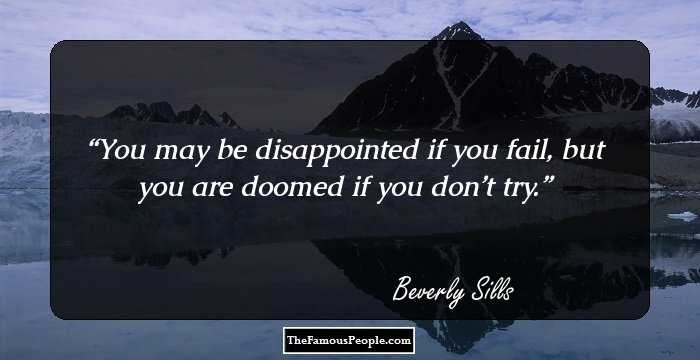 You may be disappointed if you fail, but you are doomed if you don’t try.

This joyfulness that I felt when I sang, and this need to communicate with people, these are my two strongest points. I've always been a people person. I love people; I like to be with people, and when I got on stage, I was home free.

I began by listening to my mother's collection of Amelita Galli-Curci and Lily Pons records, and then was taken (at age eight) to hear Pons at a Met performance of Lakme. It was at that moment that I decided to become an opera star. Not just an opera singer, but an opera star! 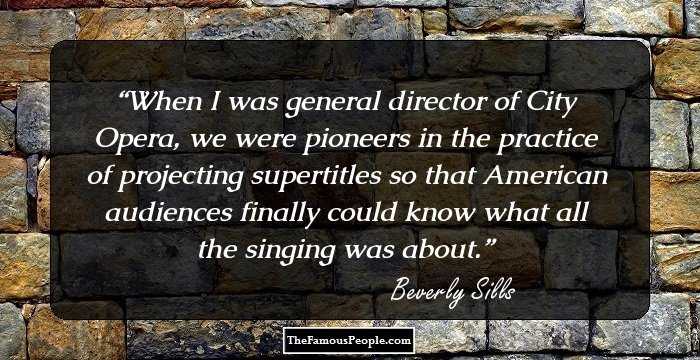 When I was general director of City Opera, we were pioneers in the practice of projecting supertitles so that American audiences finally could know what all the singing was about. 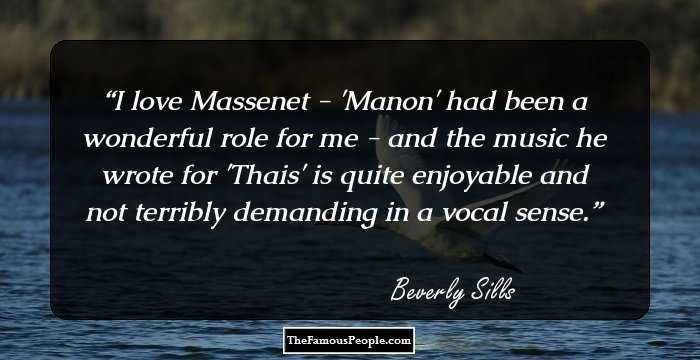 I love Massenet - 'Manon' had been a wonderful role for me - and the music he wrote for 'Thais' is quite enjoyable and not terribly demanding in a vocal sense.

The 'Daughter of the Regiment' that I did in Boston was vintage Sarah Caldwell, which is to say it was brilliant. Before my career was over, I'm sure I sang the role of Marie at least a hundred times, often in productions that cost a fortune, but none touched hers.

My father died five days before I returned to New York. He was only fifty-three years old. My parents and my father's doctor had all decided it was wiser for me to go to South America than to stay home and see Papa waste away. For a long time, I felt an enormous sense of guilt about having left my father's side when he was so sick. 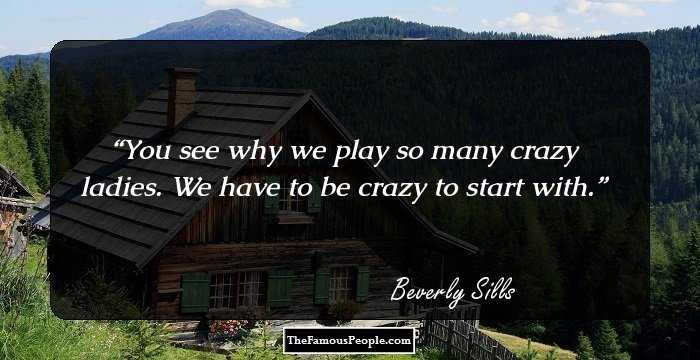 You see why we play so many crazy ladies. We have to be crazy to start with. 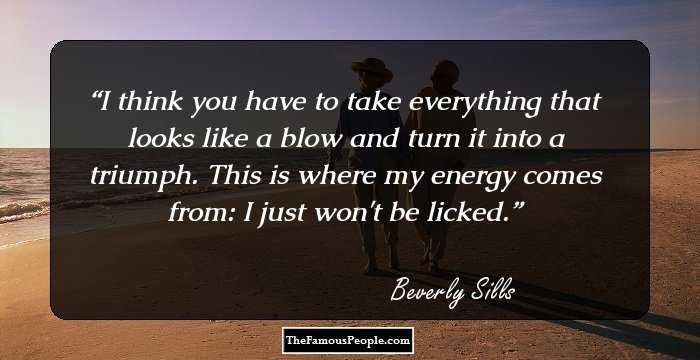 I think you have to take everything that looks like a blow and turn it into a triumph. This is where my energy comes from: I just won't be licked. 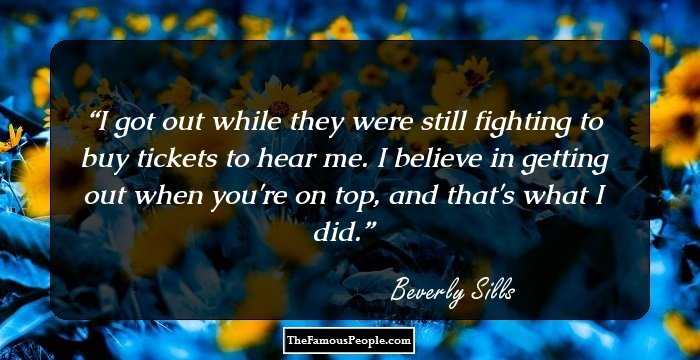 I got out while they were still fighting to buy tickets to hear me. I believe in getting out when you're on top, and that's what I did. 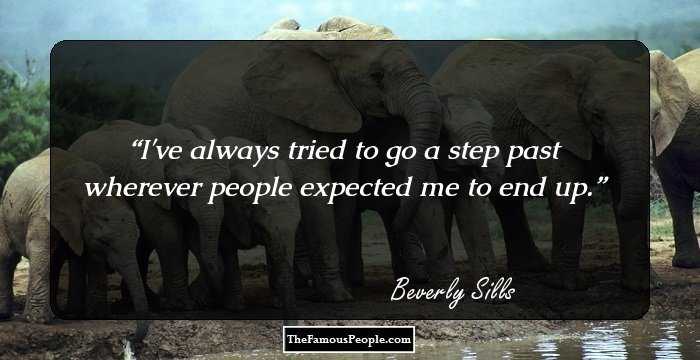 I've always tried to go a step past wherever people expected me to end up. 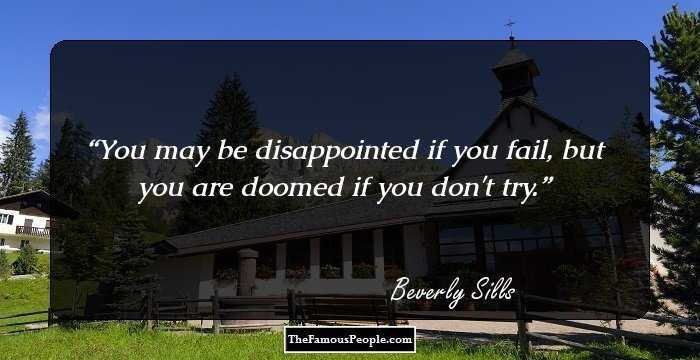 You may be disappointed if you fail, but you are doomed if you don't try. 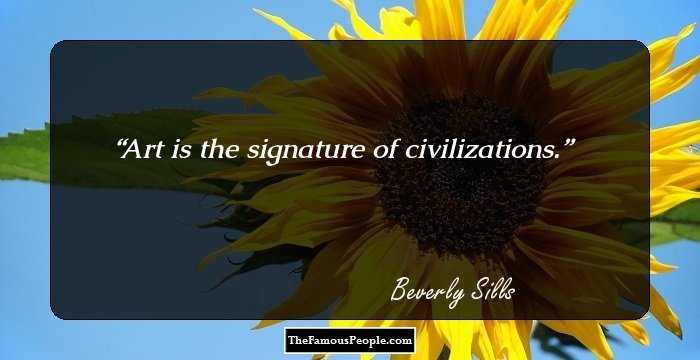 Art is the signature of civilizations.

I was always the first person in the theater all the time. If it was an eight-o'clock curtain, I was here at five-thirty, and it wasn't that I needed to vocalize, because I was all warmed up. I couldn't wait for it to begin. 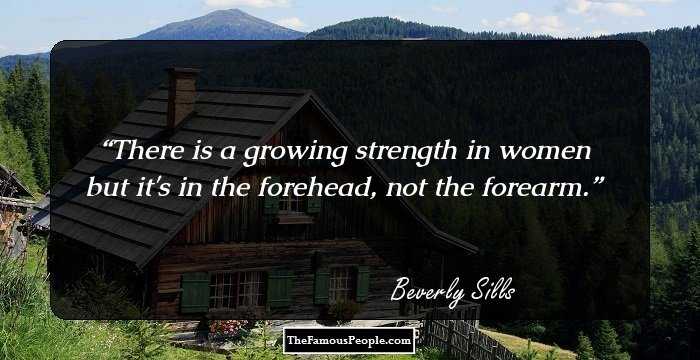 There is a growing strength in women but it's in the forehead, not the forearm. 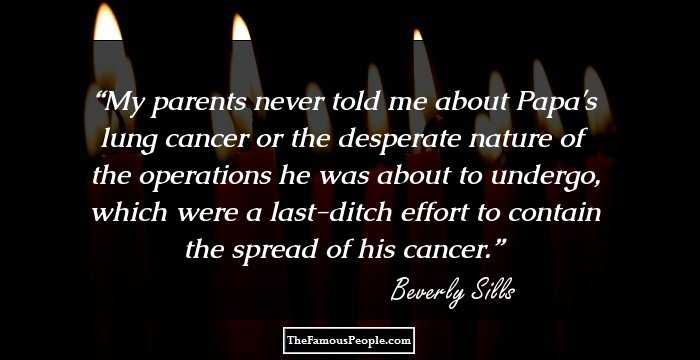 My parents never told me about Papa's lung cancer or the desperate nature of the operations he was about to undergo, which were a last-ditch effort to contain the spread of his cancer. 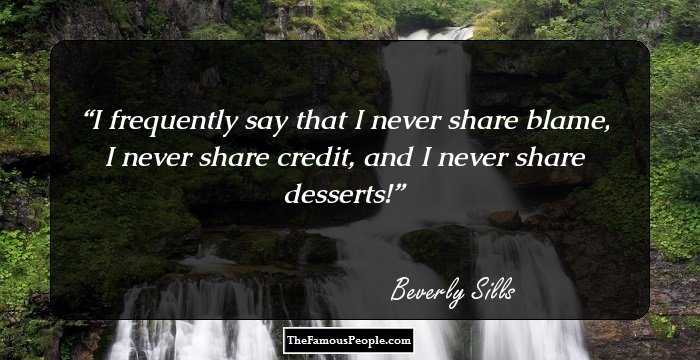 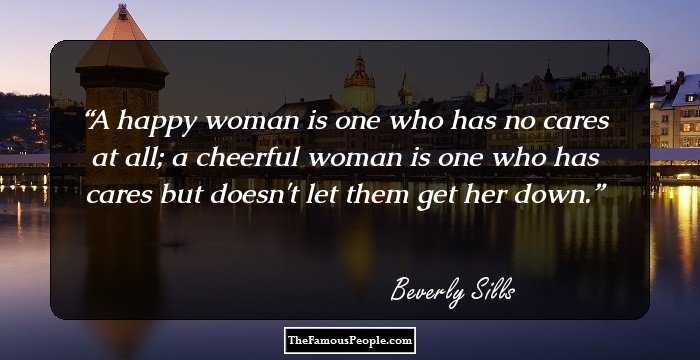 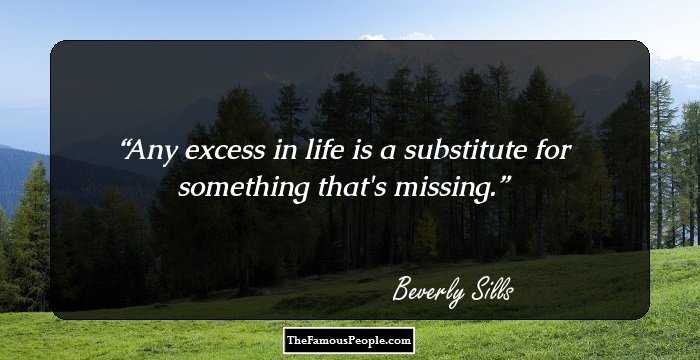 Any excess in life is a substitute for something that's missing.