Famous As: Singer-Songwriter Known for His Songs
Born On: October 9, 1948
Born In: Heidelberg, Germany
Age: 74 Years
Jackson Browne, born Clyde Jackson Browne, is a popular American singer, musician and songwriter. Most of the abiding folk rocks of the 20th century have been written by him. His thoughtful, literate lyrics have successfully struck a chord with the masses. His laid back folk-rock set the pattern for the music during the 70âs. During the 70âs and 80, Browneâs popularity was at its zenith and most of his songs always topped the charts. Â Early in 1996, he signed a contract with the âNitty Gritty Dirt Bandâ. The band later recorded few songs which included âThese Daysâ, âHoldingâ and âShadow Dreamâ. âLater to skyâ, âFor Everymanâ and âTake It Easyâ are his other few notable songs. Browne also actively participated in politics and even started including political themes in his songs. He also performed many concerts for causes such as âFarm Aidâ and âAmnesty Internationalâ. This singer also used his music as a tool to show his dissatisfaction and express his thoughts towards certain social issues. Take a look at the quotes and thoughts by Jackson Browne that will encourage you to tap your feet besides inspiring and motivating you.
Listed In:
Musicians
Singers
Activists 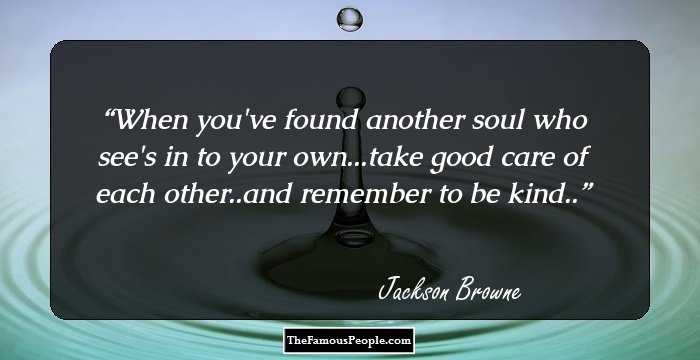 When you've found another soul who see's in to your own...take good care of each other..and remember to be kind.. 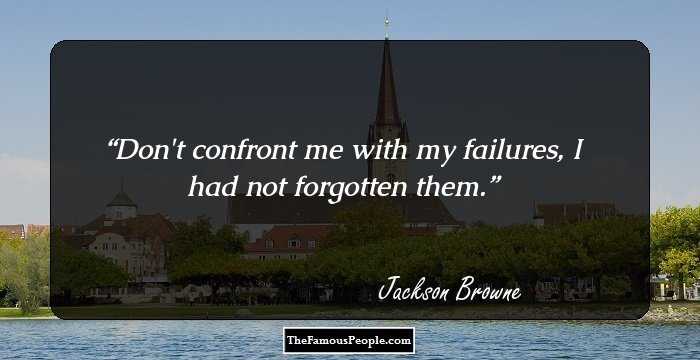 Don't confront me with my failures, I had not forgotten them.

Me I
Jackson Browne 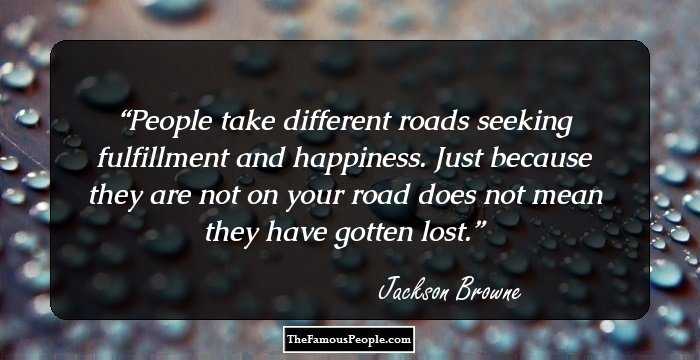 People take different roads seeking fulfillment and happiness. Just because they are not on your road does not mean they have gotten lost. 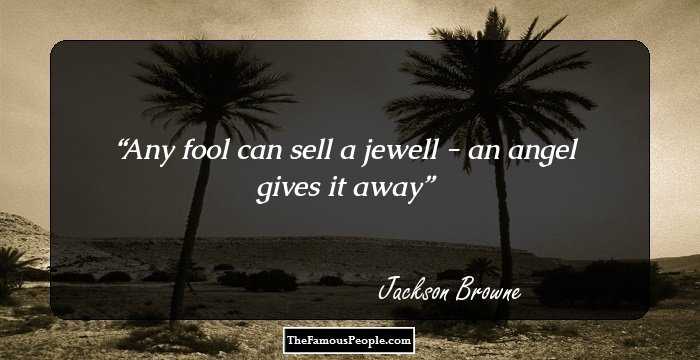 Any fool can sell a jewell - an angel gives it away 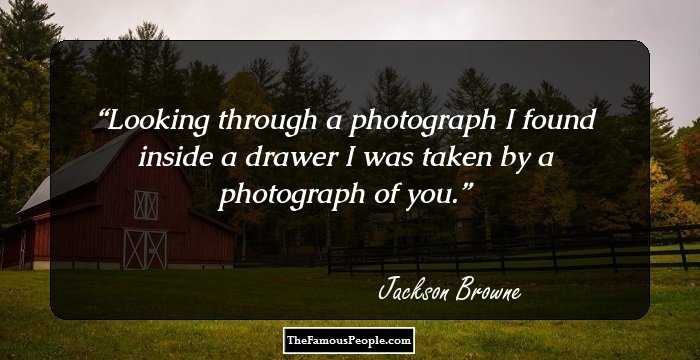 You I
Jackson Browne 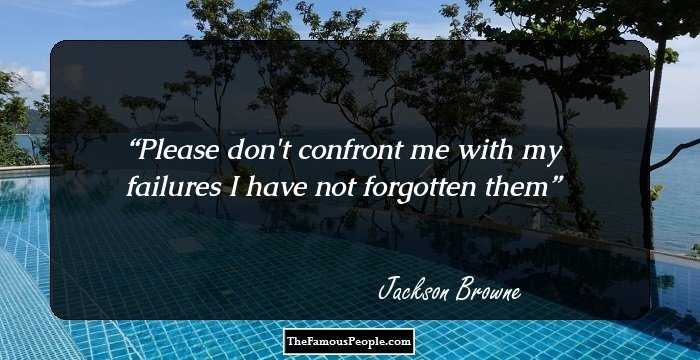 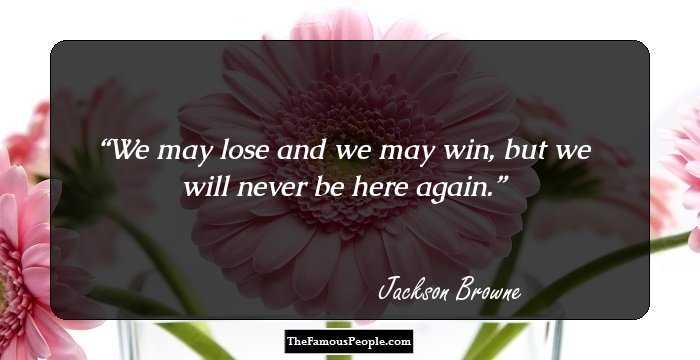 We may lose and we may win, but we will never be here again. 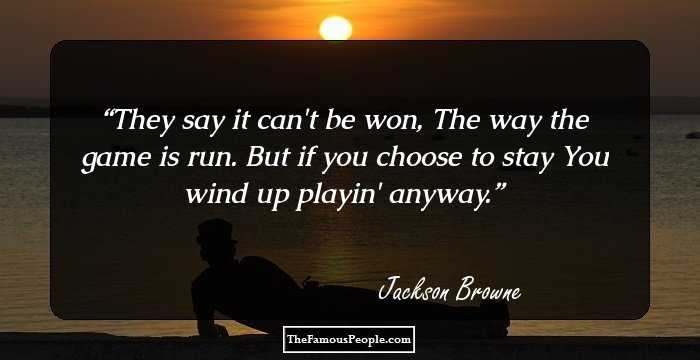 They say it can't be won, The way the game is run. But if you choose to stay You wind up playin' anyway. 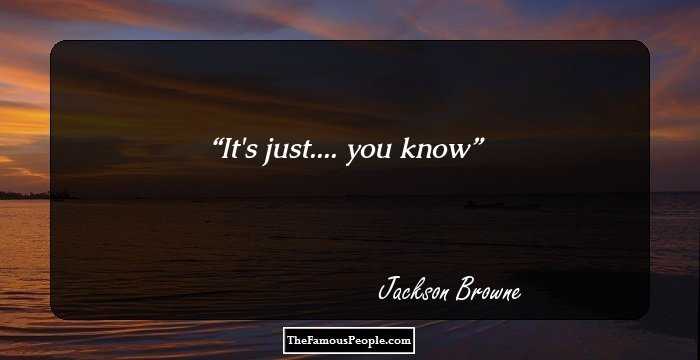 31 Inspiring Quotes By Abbie Hoffman, The Icon Of The Anti-War Movement