Famous As: Malaysian Politician
Born On: August 10, 1947
Born In: Bukit Mertajam
Founder / Co Founder: People's Justice Party, International Institute of Islamic Thought, Angkatan Belia Islam Malaysia
Age: 74 Years
Datuk Seri Anwar Ibrahim is a Malaysian politician who served as the Deputy Prime Minister of Malaysia from 1993 to 1998. Anwar was Leader of the Opposition during 2008-2015. He is a founder and the most towering leader of the People's Justice Party. He was removed from his political posts by the then Malaysian Prime Minister Mahathir Mohamad. Thereafter, he was jailed in April 1999. He was released in 2004, and became the leading figure in organising the opposition into the 'Pakatan Rakyat.' Since 2015, he is serving a five-year prison sentence. Anwar has spoken about several political, social, human, rights, and economic issues from time to time. We have collected some of his thoughts and quotes from his speeches, writings, interviews, and observations.
Listed In:
Leaders 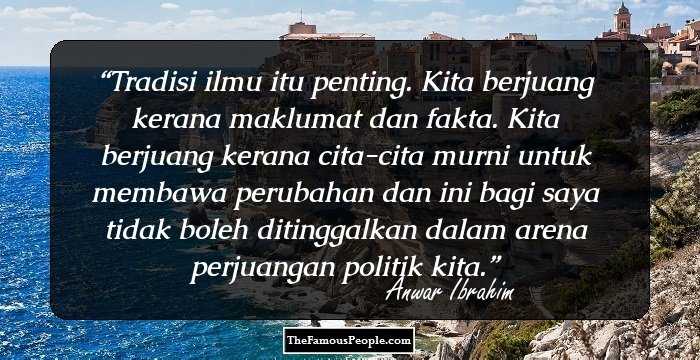 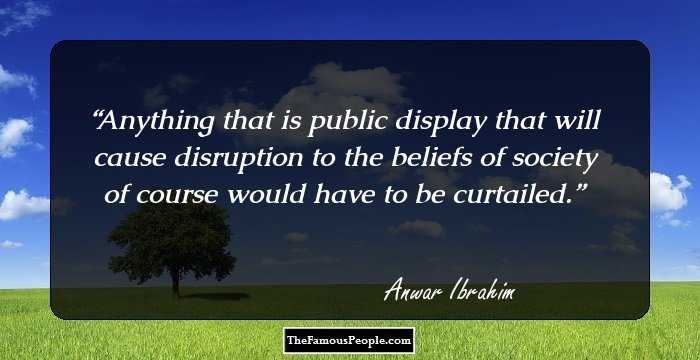 Anything that is public display that will cause disruption to the beliefs of society of course would have to be curtailed. 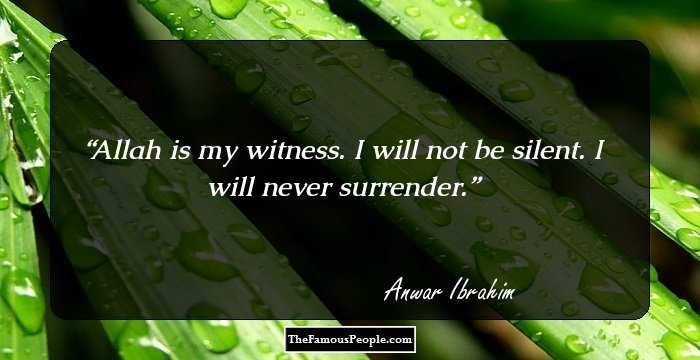 Allah is my witness. I will not be silent. I will never surrender. 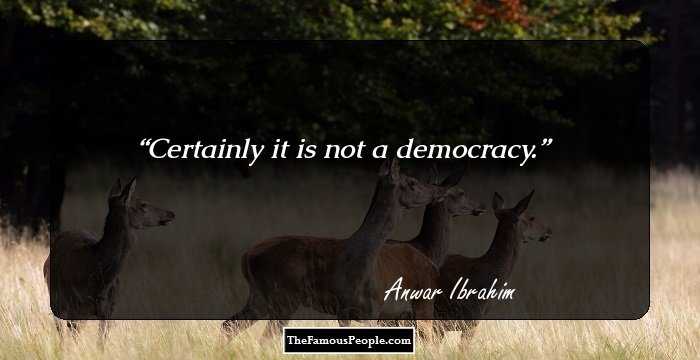 Certainly it is not a democracy. 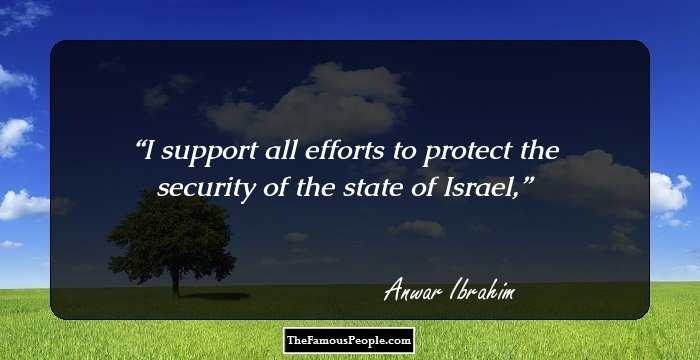 I support all efforts to protect the security of the state of Israel,

If we in Asia want to speak credibly for Asian values, we must be prepared to also champion those ideals which are universal and belong to humanity as a whole...It is altogether shameful, if ingenious, to cite 'Asian values' as an excuse for autocratic practices and the denial of basic rights and civil liberties.

I am a Muslim. I am a practising Muslim. I don't - i accept proper relationship with a man and woman and the family life. It is not our business to knock at every door and checking people's orientation and casting aspersions or having prejudice against people.