Benito Juarez was born into a poor family in San Pablo Guelatao, Mexico. With his determination, strength and will power, he became a lawyer and later rose to become the President of Mexico. He started showing interest in politics during his student days, and held a number of political posts. He became a Congressman, Governor of Oaxaca, Minister for Justice and finally President of Mexico. He played an important role in Mexico's march to modernization. He is fondly called as the 'Abraham Lincoln of Mexico' for his continuous fight for human rights and justice to common people. During his long political and public career, he shared his views on a wide range of subjects and issues. We have excerpted some of Benito Juarez's famous quotes from his speeches, writings, interviews, etc. 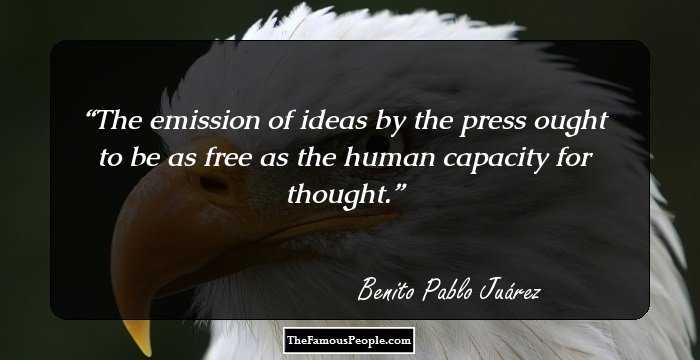 The emission of ideas by the press ought to be as free as the human capacity for thought. 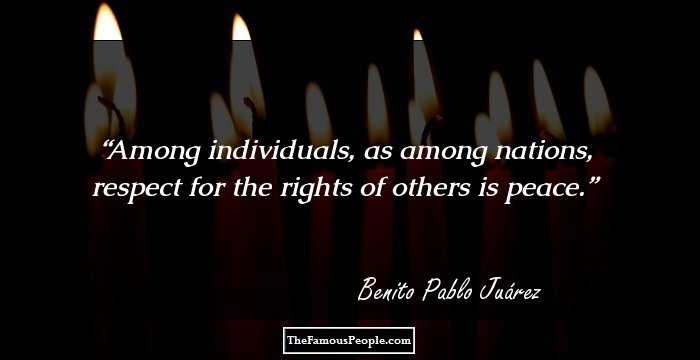 Among individuals, as among nations, respect for the rights of others is peace. 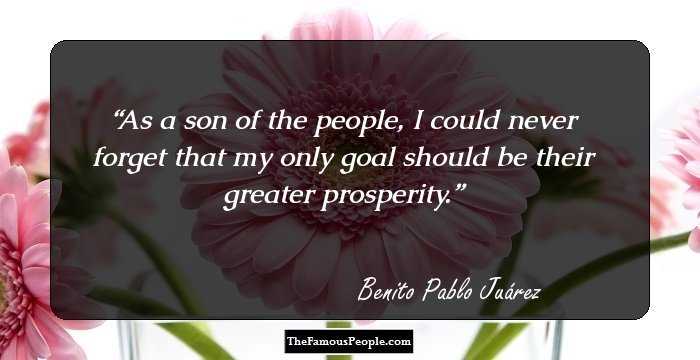 As a son of the people, I could never forget that my only goal should be their greater prosperity. 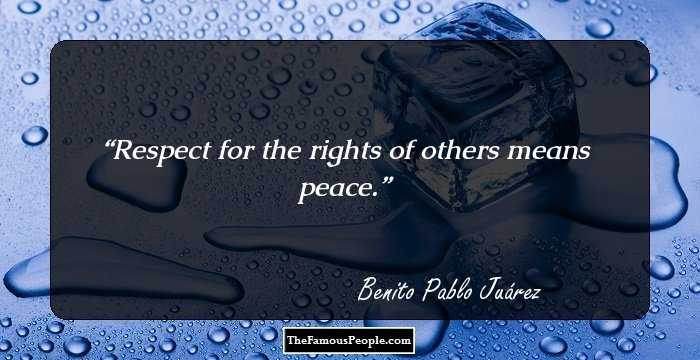 Respect for the rights of others means peace. 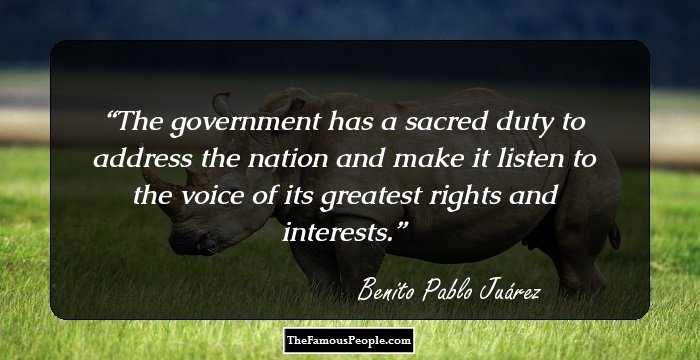 The government has a sacred duty to address the nation and make it listen to the voice of its greatest rights and interests. 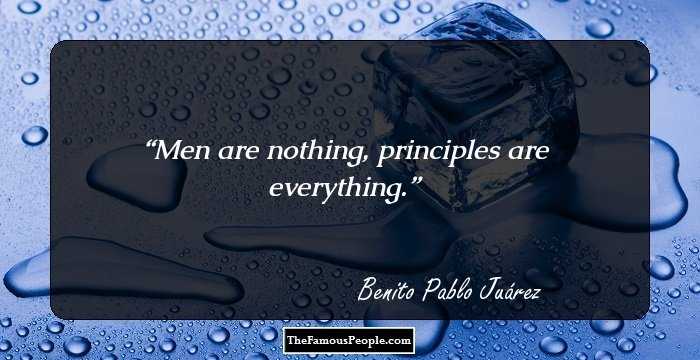 Men are nothing, principles are everything. 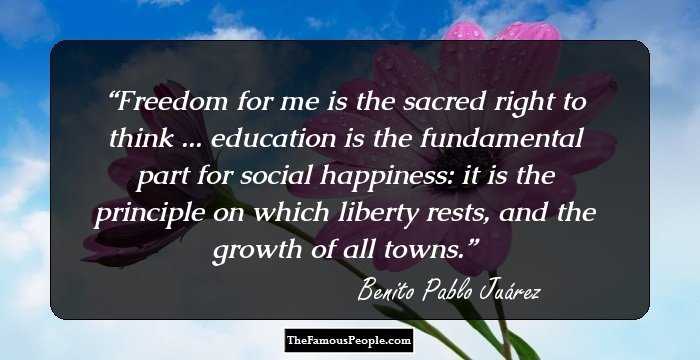 Freedom for me is the sacred right to think ... education is the fundamental part for social happiness: it is the principle on which liberty rests, and the growth of all towns.

Let us trust that all Mexicans, taught by the prolonged and painful experience of the calamities of war, will cooperate in the future for the wellbeing and the prosperity of the nation, which can only be obtained through an undoubted respect for the law and an obedience to the authorities elected by the people.

I have always tried to do everything that's been in my power to defend and sustain our institutions. I have demonstrated in my public life that I loyally serve my country and that I love freedom. It has been my sole purpose to propose what I think best for your highest interests, which are to strengthen peace in the future and strengthen our institutions.