Aaron Burr Jr. was an American politician. He served as the third Vice President of the United States from 1801 until 1805.He served his position during Thomas Jefferson's first term as Burr served in the Continental Army during the 'American Revolutionary War,' and later became a lawyer and then plunged into politics. He first got elected to the Â New York State Assembly, got appointed as New York State Attorney General, and then became a U.S. senator. He faced charges of treason but was later acquitted. Here is a collection of some of the most incredible Aaron Burr quotes! 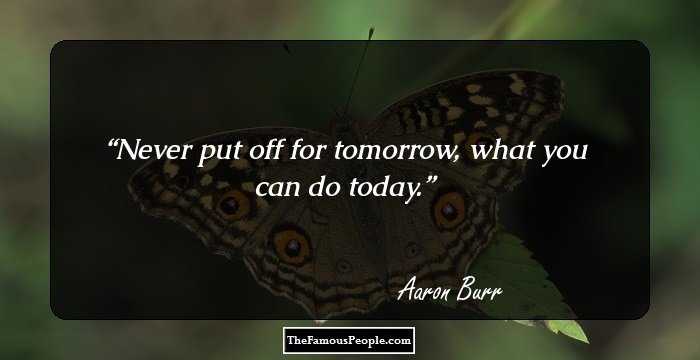 Never put off for tomorrow, what you can do today. 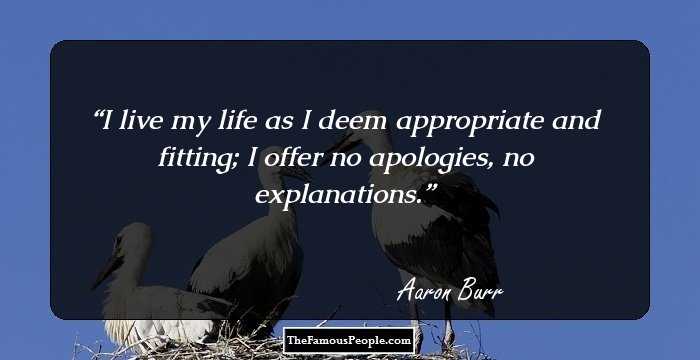 I live my life as I deem appropriate and fitting; I offer no apologies, no explanations. 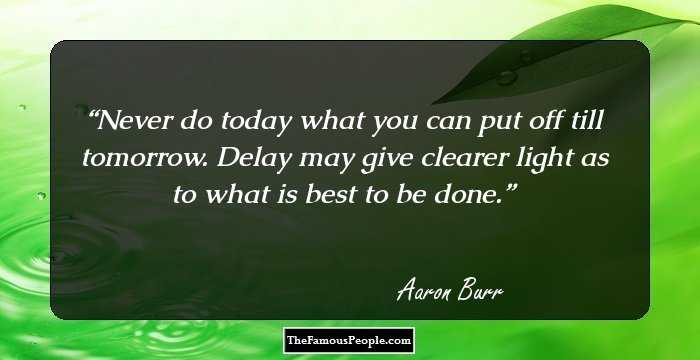 Never do today what you can put off till tomorrow. Delay may give clearer light as to what is best to be done. 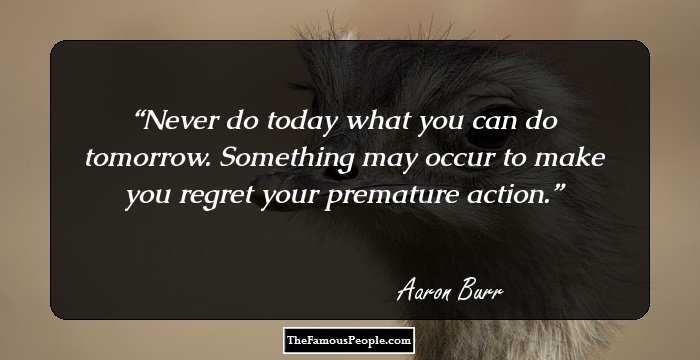 Never do today what you can do tomorrow. Something may occur to make you regret your premature action. 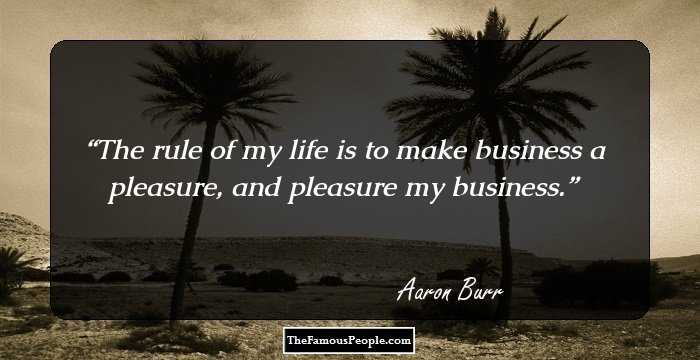 The rule of my life is to make business a pleasure, and pleasure my business. 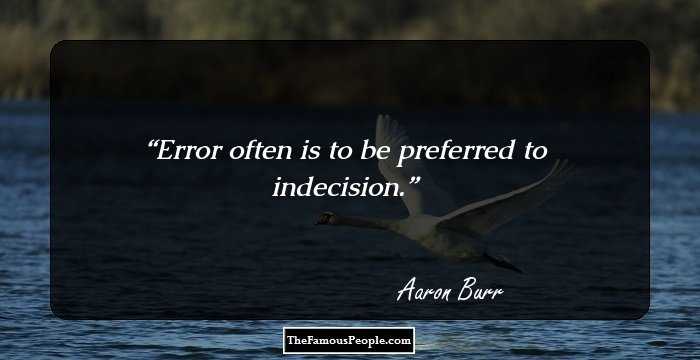 Error often is to be preferred to indecision. 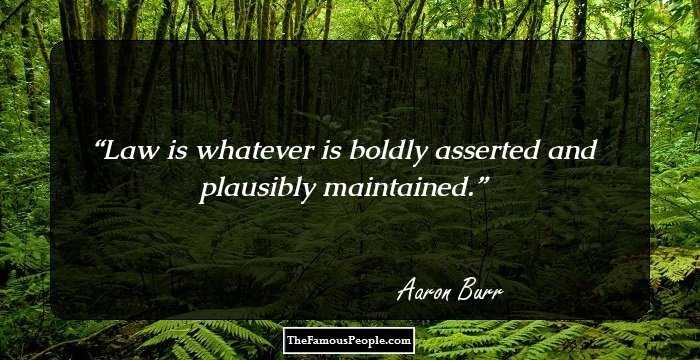 Law is whatever is boldly asserted and plausibly maintained.