Renowned for her role in âScrubs,â an American medical drama comedy series, Sarah Chalke is an eminent Canadian actress and model. She gained prominence with her roles in âHow I Met Your Mother,â âRick and Morty,â and âRoseanne.â She also played a recurring role on âCougar Town.â She was a star cast member in âFirefly Laneâ and lent her voice in âParadise PD,â and adult animated sitcom. Take a look at the famous sayings by Sarah Chalke on life, love, acting, work, actors, character, giving-up, belief, people, world, changes, time, privacy, expectations, ideas, humour, beginning, etc. 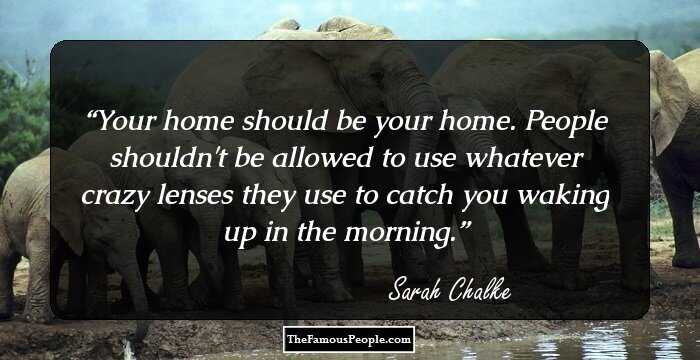 Your home should be your home. People shouldn't be allowed to use whatever crazy lenses they use to catch you waking up in the morning. 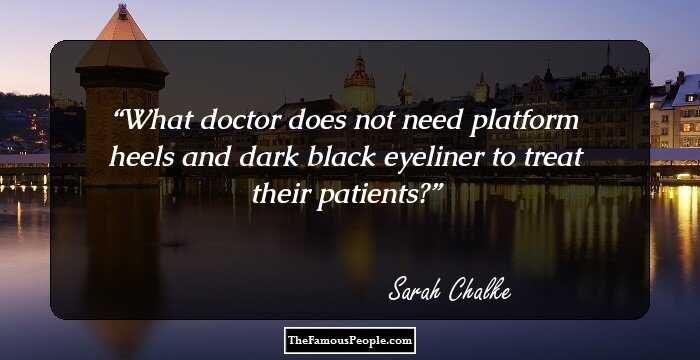 What doctor does not need platform heels and dark black eyeliner to treat their patients? 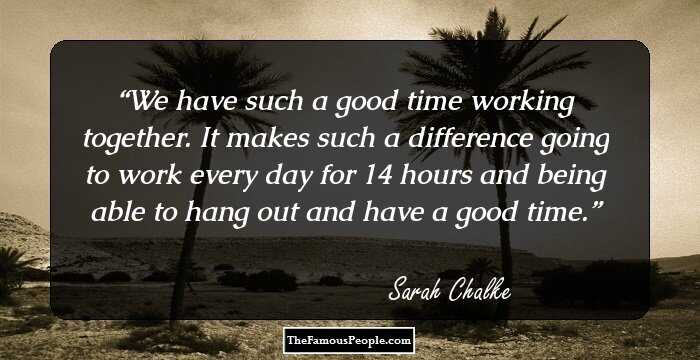 We have such a good time working together. It makes such a difference going to work every day for 14 hours and being able to hang out and have a good time. 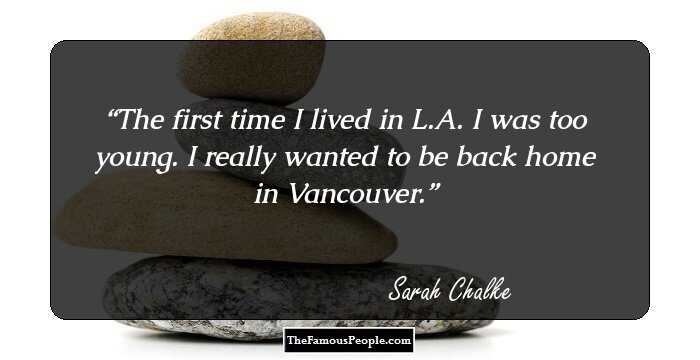 The first time I lived in L.A. I was too young. I really wanted to be back home in Vancouver. 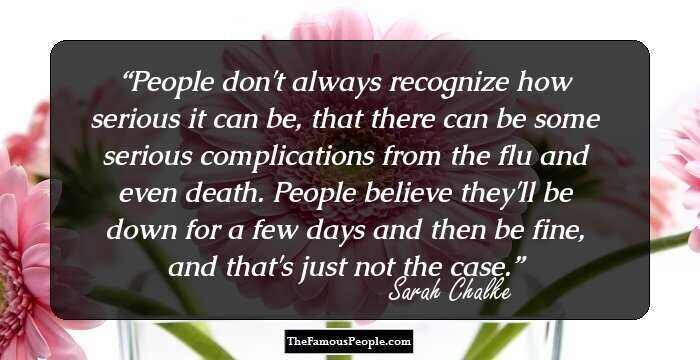 People don't always recognize how serious it can be, that there can be some serious complications from the flu and even death. People believe they'll be down for a few days and then be fine, and that's just not the case. 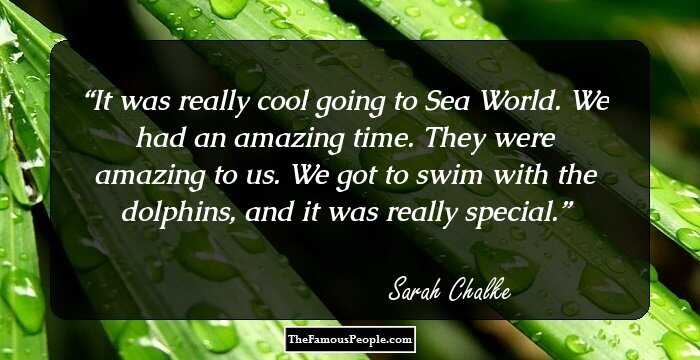 It was really cool going to Sea World. We had an amazing time. They were amazing to us. We got to swim with the dolphins, and it was really special. 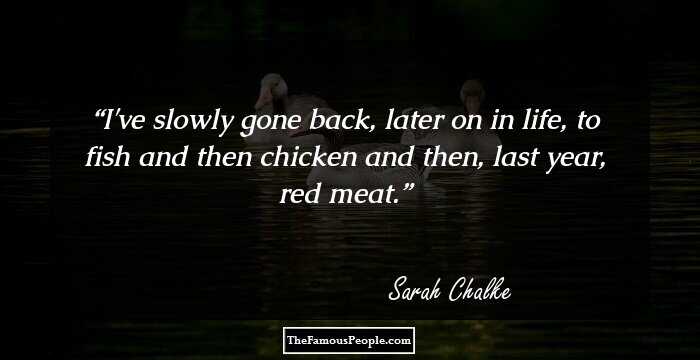 I've slowly gone back, later on in life, to fish and then chicken and then, last year, red meat. 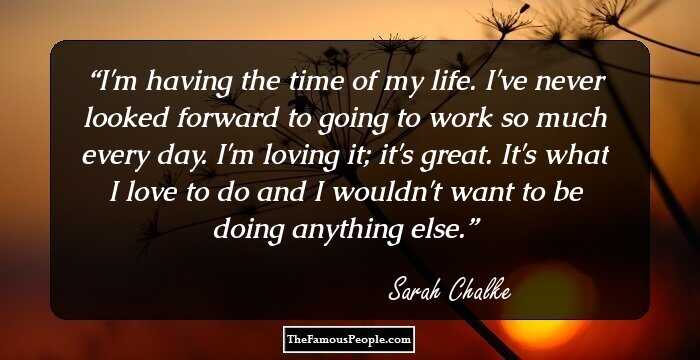 I'm having the time of my life. I've never looked forward to going to work so much every day. I'm loving it; it's great. It's what I love to do and I wouldn't want to be doing anything else. 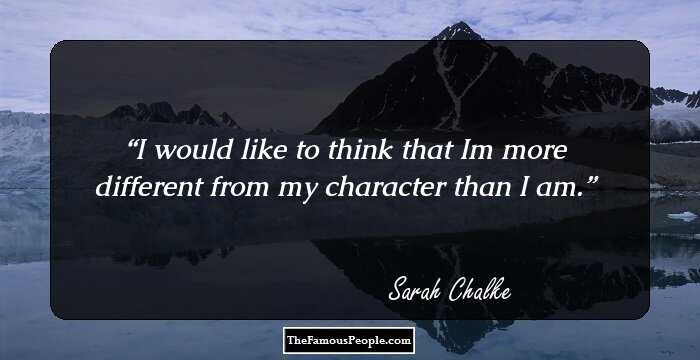 I would like to think that Im more different from my character than I am. 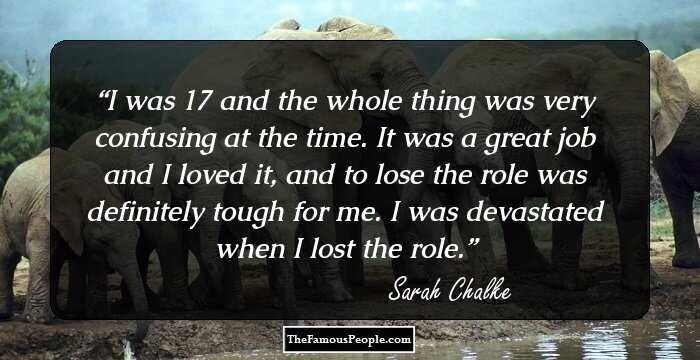 I was 17 and the whole thing was very confusing at the time. It was a great job and I loved it, and to lose the role was definitely tough for me. I was devastated when I lost the role. 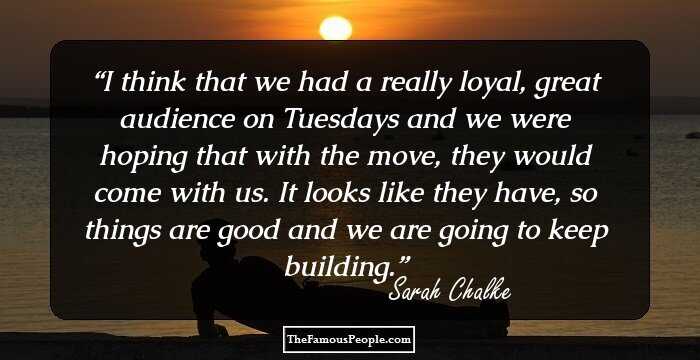 I think that we had a really loyal, great audience on Tuesdays and we were hoping that with the move, they would come with us. It looks like they have, so things are good and we are going to keep building. 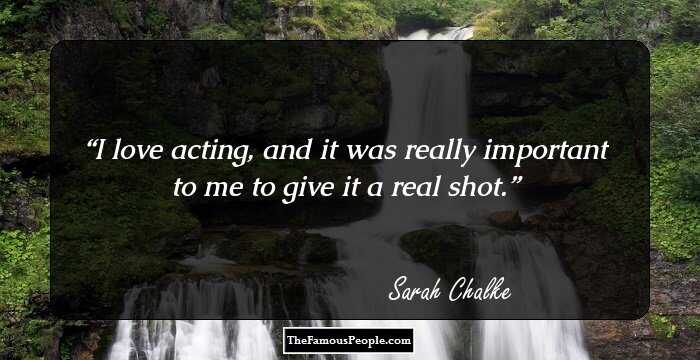 I love acting, and it was really important to me to give it a real shot. 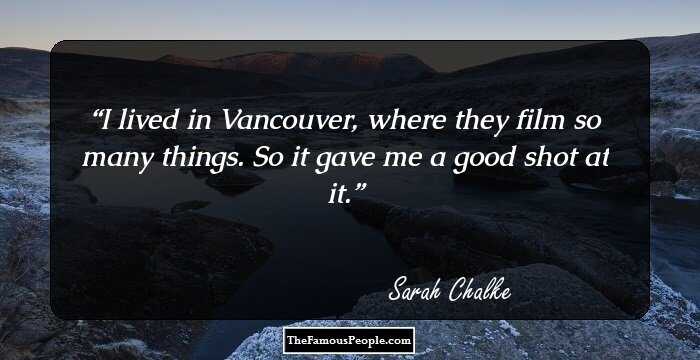 I lived in Vancouver, where they film so many things. So it gave me a good shot at it. 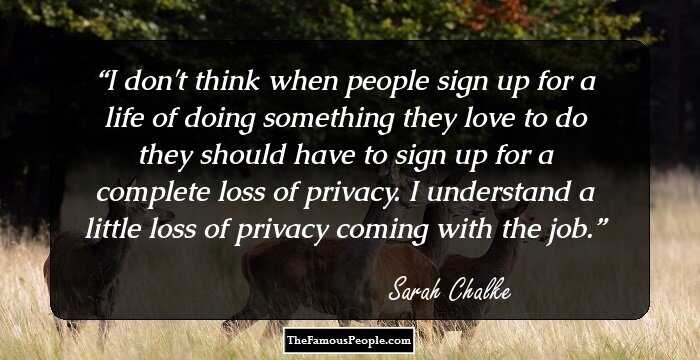 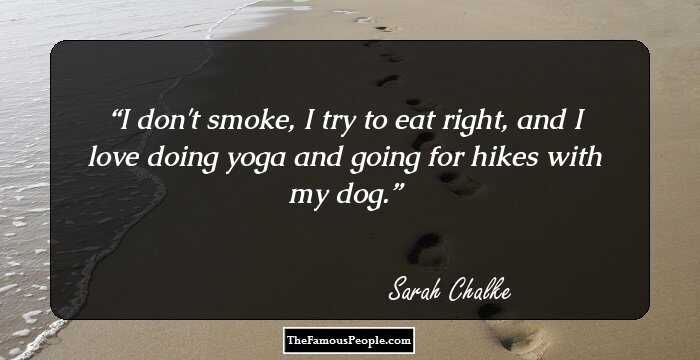 I don't smoke, I try to eat right, and I love doing yoga and going for hikes with my dog. 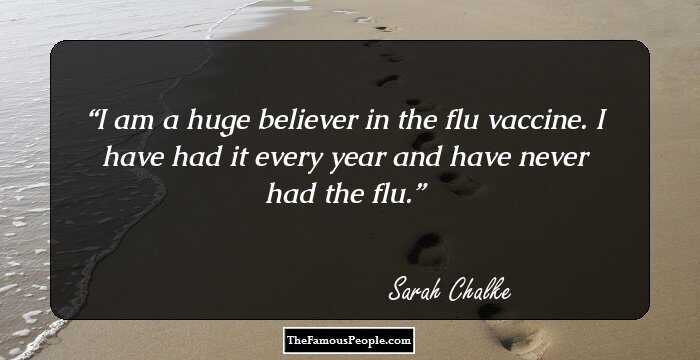 I am a huge believer in the flu vaccine. I have had it every year and have never had the flu. 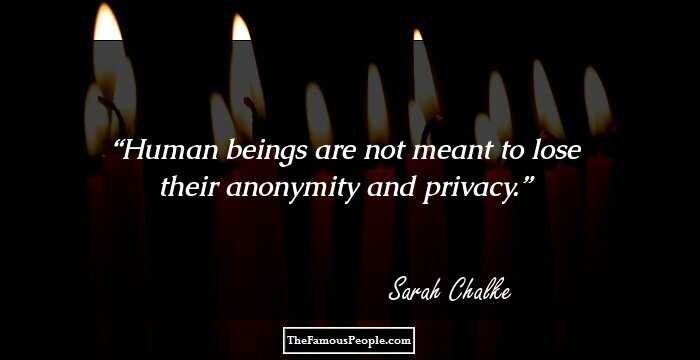 Human beings are not meant to lose their anonymity and privacy. 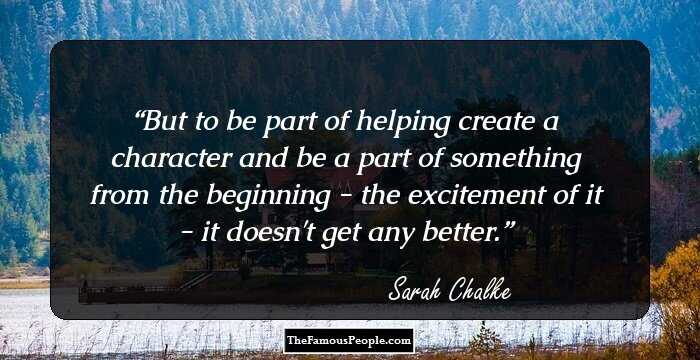 But to be part of helping create a character and be a part of something from the beginning - the excitement of it - it doesn't get any better.

I think it's because it's so different and it takes risks. Plus, it's really smart humor. It gives the audience credit in terms of not needing to tell them when to laugh. I love that about the show. There's no laugh track.

In fact, if they didn't let me commute, I would not have taken the role because I wanted to graduate high school with my classmates. I remember my agent's jaw dropping when I told him if I couldn't commute I didn't want the role.