Famous As: Italian Former Professional Football Player Who Played as an Attacking Midfielder or as a Forward
Born On: February 18, 1967
Born In: Caldogno, Italy
Age: 55 Years
Roberto Baggio is an Italian former professional football player best known for his creative free kicks and forwards. Known as one of the greatest players of all time, Baggio started playing professional football in 1982. He joined âAC Milanâ for some time before he was signed by âBolognaâ in 1987. Â He scored a career high of 22 goals and was soon signed by âInter Milanâ and later âBrescia.â He made his international career debut in 1988. He played 56 matches for Italy and scored 17 goals. He led his team to the final of â1994 FIFA World Cup.â He was also named as the âFIFA World Player of the Year.â In 2002, he also became the first Italian player to score more than 300 goals in over 50 years. We have curated some of Roberto Baggio quotes on football, passion, courage, responsibilities, achievement, team, power, faith, optimism, etc.
Listed In:
Sportspersons 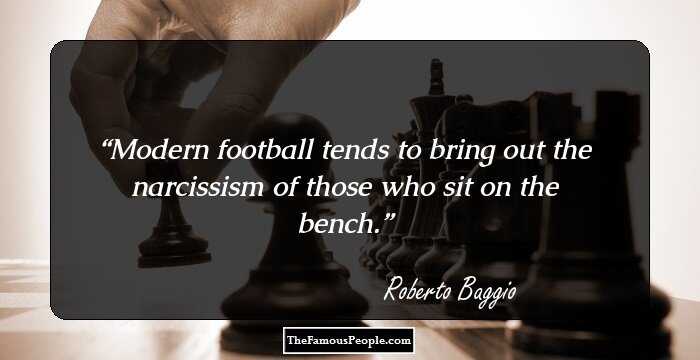 Modern football tends to bring out the narcissism of those who sit on the bench. 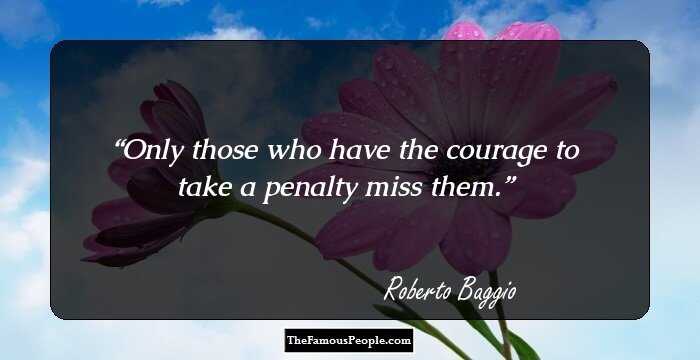 Only those who have the courage to take a penalty miss them. 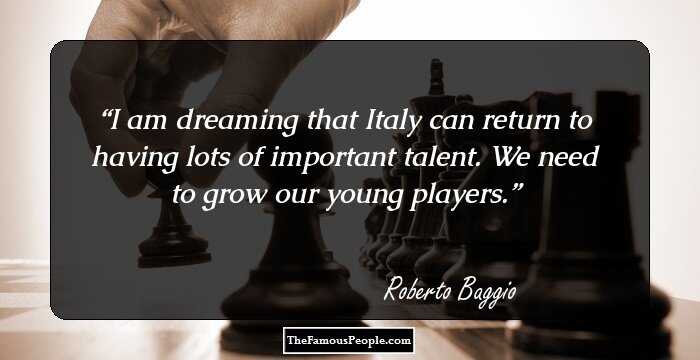 I am dreaming that Italy can return to having lots of important talent. We need to grow our young players. 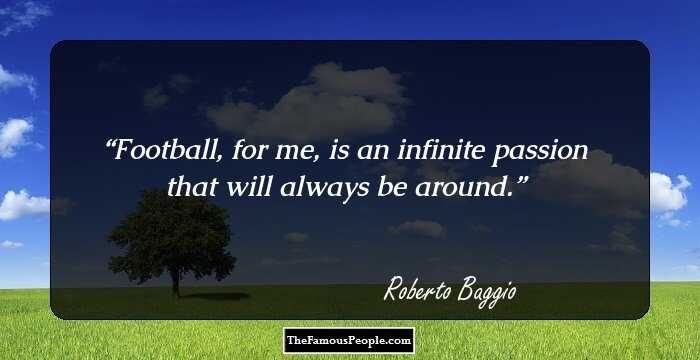 Football, for me, is an infinite passion that will always be around. 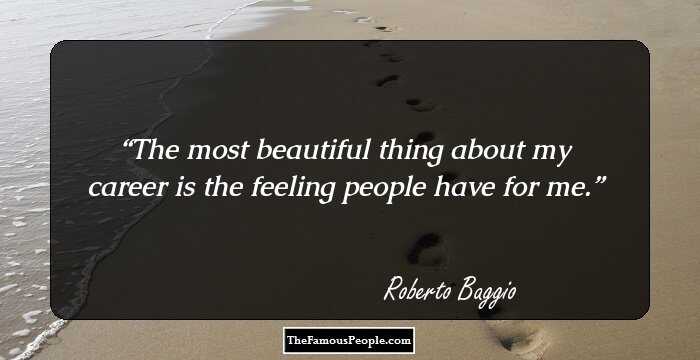 The most beautiful thing about my career is the feeling people have for me. 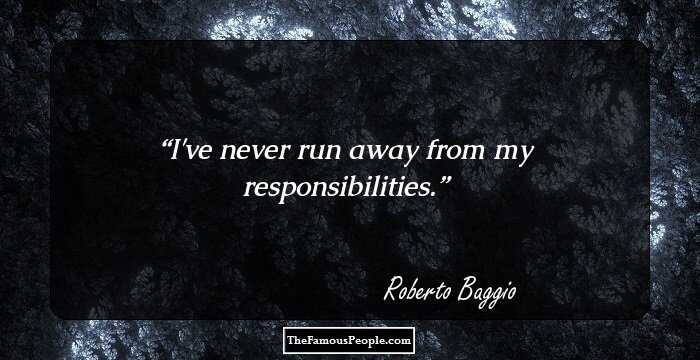 I've never run away from my responsibilities. 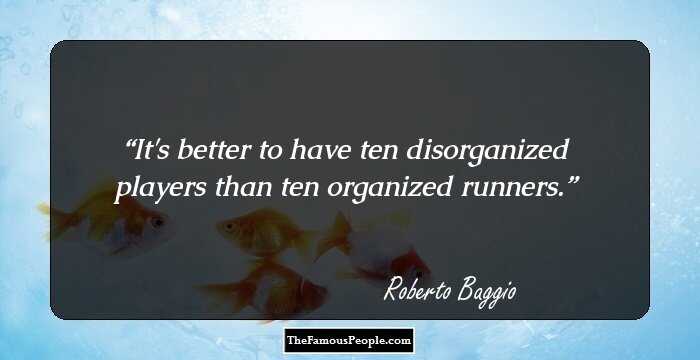 It's better to have ten disorganized players than ten organized runners. 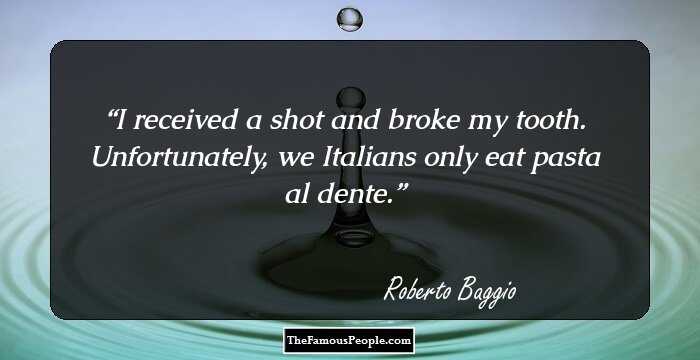 I received a shot and broke my tooth. Unfortunately, we Italians only eat pasta al dente.