Famous As: American Mixed Martial Artist and Former Two-Time UFC Heavyweight Champion
Born On: May 24, 1979
Born In: Las Vegas, Nevada, United States
Age: 43 Years
Franciso Santos, popularly known as Frank Mir, is an American professional wrestler and a mixed martial artist (MMA). He spent almost 16 years wrestling in the âUltimate Fighting Championshipâ (2001-2017). He also won âUFC Heavyweight Championâ in 2004 after defeating Tim Sylvia. One of the most popular professional wrestlers of all time, Frank is also the holder of most fights, victories and submissions in âUFC.â Mir made his professional debut against Jerome Smith at âHOOKnSHOOT: Showdown,â in 2001. Â He made his âUFCâ debut at âUFC 34: High Voltage,â in 2001, against Roberto Traven. He defeated Traven in his very first âUFCâ match. His match against then âUFC Heavyweightâ Champion, Brock Lesnar at âUFC100â is considered to be his most famous one till date. Frank left âUFCâ and signed a deal with âBellator MMA,â in 2017. Here are some of his popular quotes on career, hard work, life, and religion.Â
Listed In:
Sportspersons 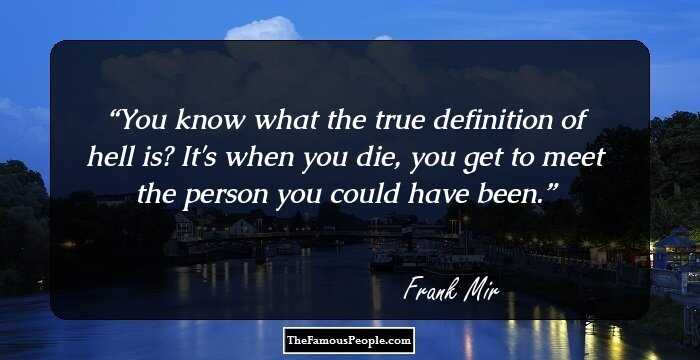 You know what the true definition of hell is? It's when you die, you get to meet the person you could have been. 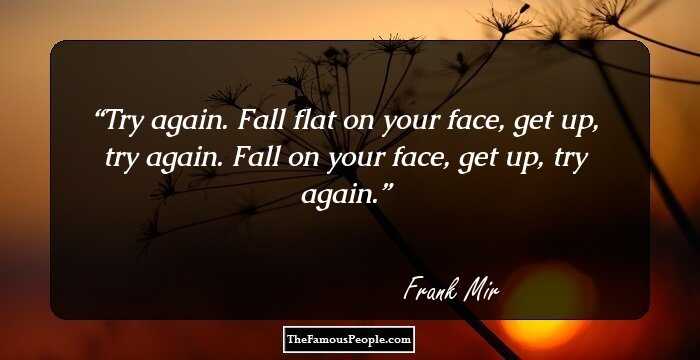 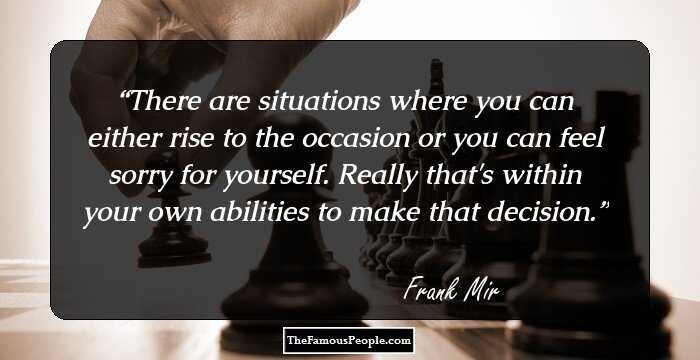 There are situations where you can either rise to the occasion or you can feel sorry for yourself. Really that's within your own abilities to make that decision. 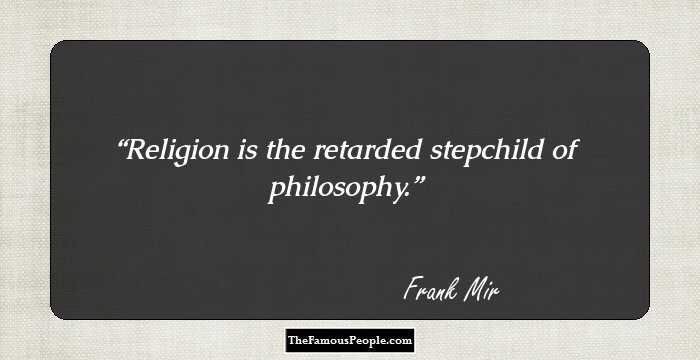 Religion is the retarded stepchild of philosophy. 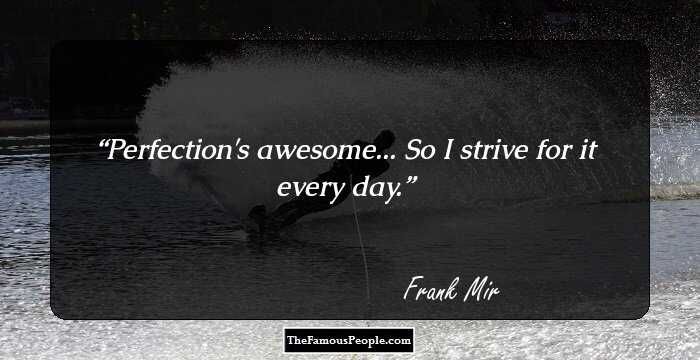 Perfection's awesome... So I strive for it every day. 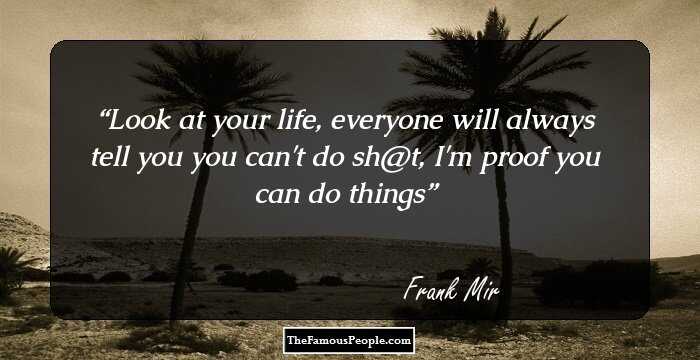 Look at your life, everyone will always tell you you can't do [email protected], I'm proof you can do things 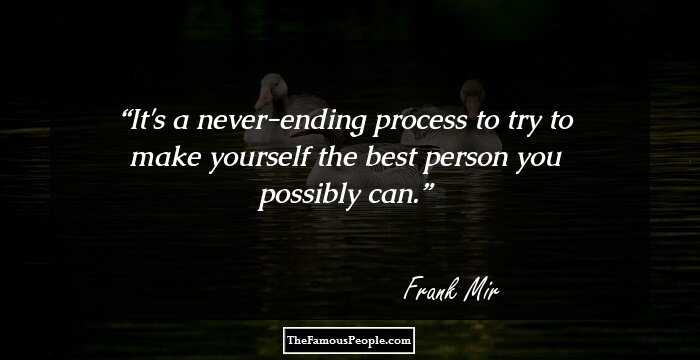 It's a never-ending process to try to make yourself the best person you possibly can. 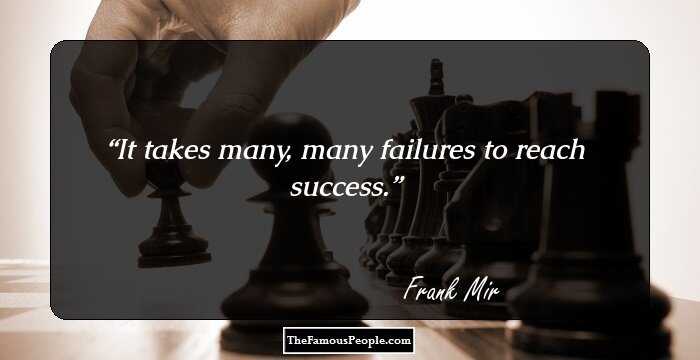 It takes many, many failures to reach success. 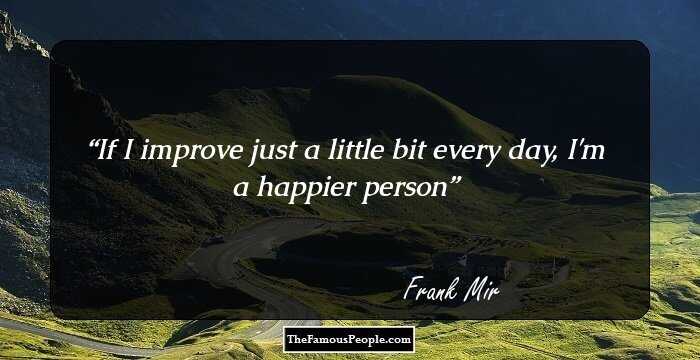 If I improve just a little bit every day, I'm a happier person 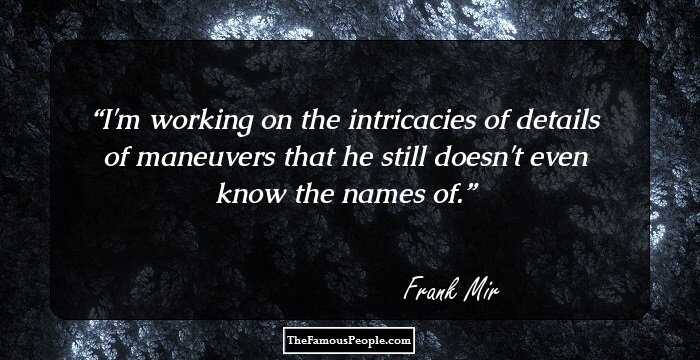 I'm working on the intricacies of details of maneuvers that he still doesn't even know the names of. 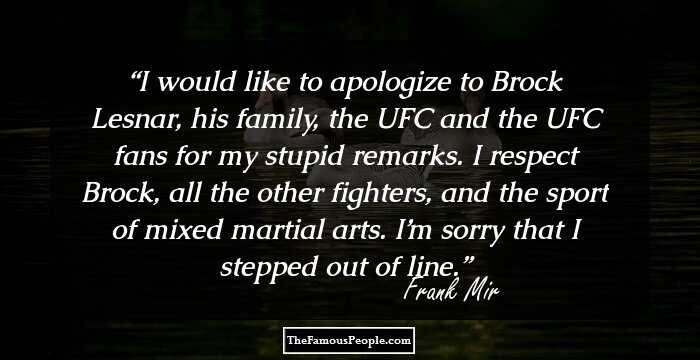 I would like to apologize to Brock Lesnar, his family, the UFC and the UFC fans for my stupid remarks. I respect Brock, all the other fighters, and the sport of mixed martial arts. Iâm sorry that I stepped out of line. 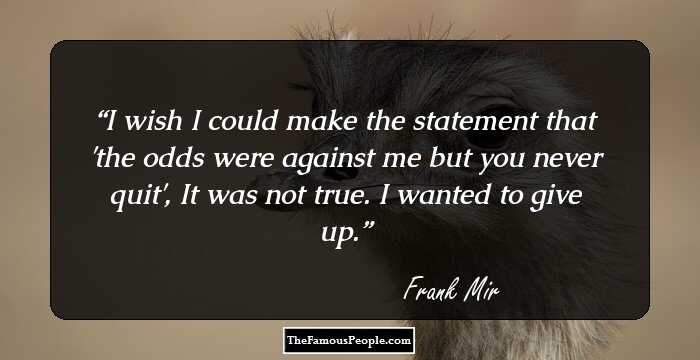 I wish I could make the statement that 'the odds were against me but you never quit', It was not true. I wanted to give up. 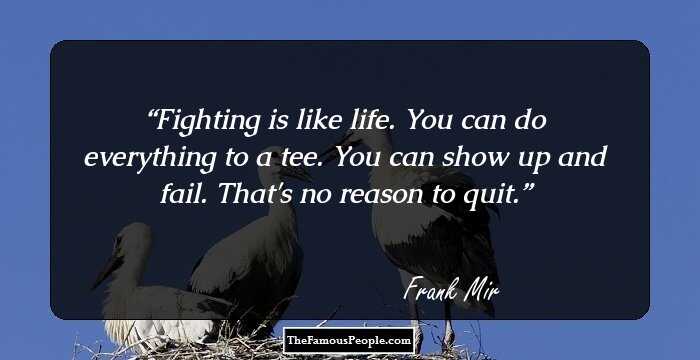 Fighting is like life. You can do everything to a tee. You can show up and fail. That's no reason to quit. 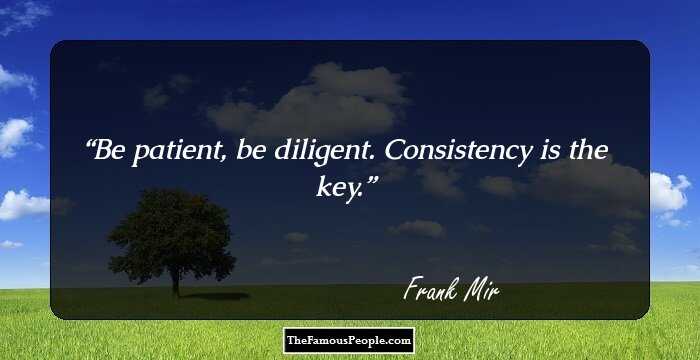 Be patient, be diligent. Consistency is the key.

A lot of individuals are so worried about being politically correct. I'd rather go ahead and say what's on my mind than to sit there and come up with some PC 'Oh, the guy is a great fighter and I have a lot of respect for him.' If I don't mean it, why is it even coming out of my mouth? ... I want to fight Lesnar. I hate who he is as a person. I want to break his neck in the ring. I want him to be the first person that dies due to Octagon-related injuries. That's what's going through my mind.

When I'm doing my best is when I'm completely focused... You completely wipe off any thoughts of the future, there's nothing going on in the past, you're just completely locked in on the moment, and there's no thinking, you're zoned in on this moment in time. 23 Dale Earnhardt Quotes That Will Get Your Pulses Racing