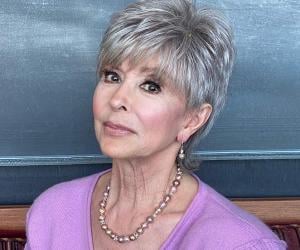 Famous As: Singer and actress who famously played Anita in the film version of West Side Story
Born On: December 11, 1931
Born In: Humacao, Puerto Rico
Age: 90 Years

Rita Moreno is a popular Puerto Rican dancer, actress, and singer. With a career spanning seven decades, she has earned a number of awards and accolades, including âThe Presidential Medal of Freedom,â Peabody Career Achievement Awardâ and âKennedy Centre Honor.â She also holds the feat of being one of the twenty-three people who achieved âTriple Crown of Acting.â Her noteworthy works include âSlums of Beverly Hills,â âThe Ritz,â âWest Side Story,â âThe Electric Company,â âThe Rockford Files,â âThe Four Seasons,â and many more. Here is a collection of famous quotes by Rita Moreno on art, life, love, attitude, accomplishments, heart, perseverance, people, joy, performances, ideas, hatred, etc. 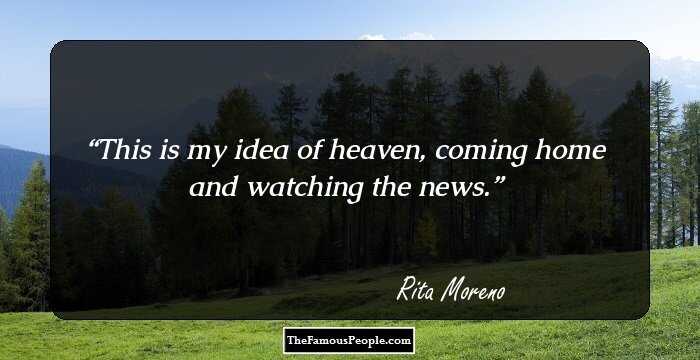 This is my idea of heaven, coming home and watching the news. 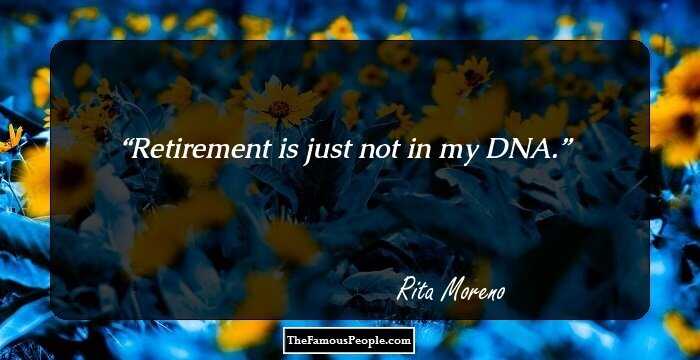 Retirement is just not in my DNA. 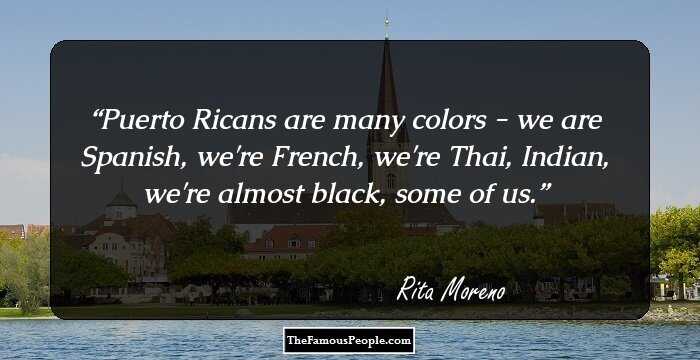 Puerto Ricans are many colors - we are Spanish, we're French, we're Thai, Indian, we're almost black, some of us. 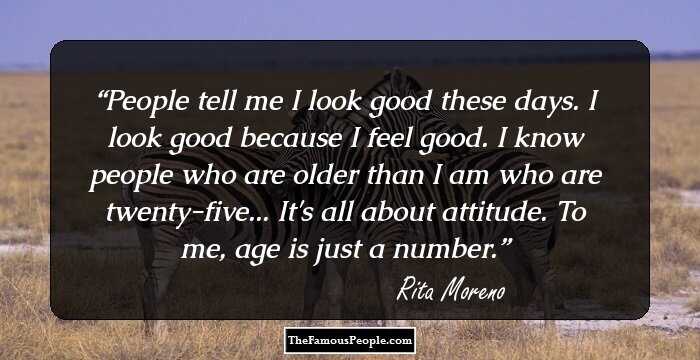 People tell me I look good these days. I look good because I feel good. I know people who are older than I am who are twenty-five... It's all about attitude. To me, age is just a number. 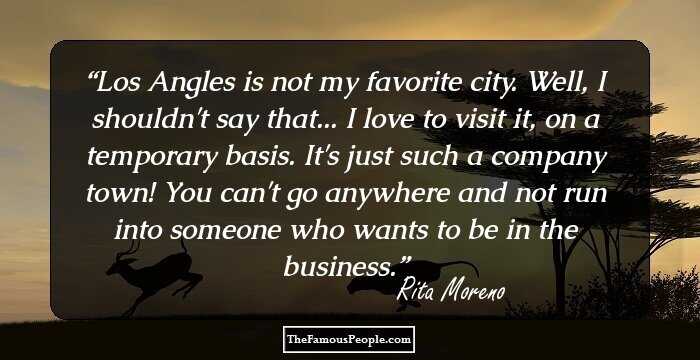 Los Angles is not my favorite city. Well, I shouldn't say that... I love to visit it, on a temporary basis. It's just such a company town! You can't go anywhere and not run into someone who wants to be in the business. 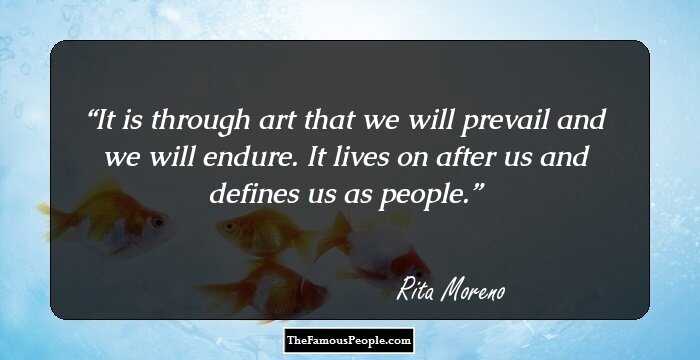 It is through art that we will prevail and we will endure. It lives on after us and defines us as people. 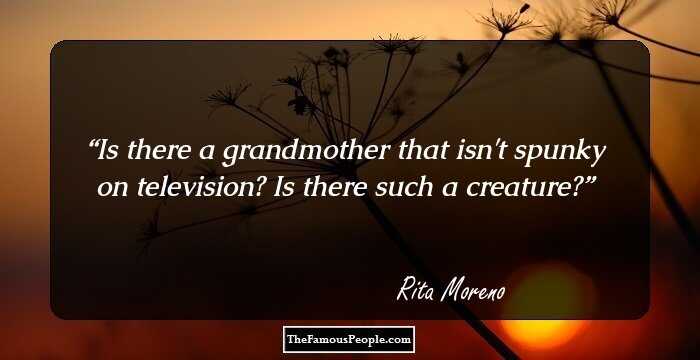 Is there a grandmother that isn't spunky on television? Is there such a creature? 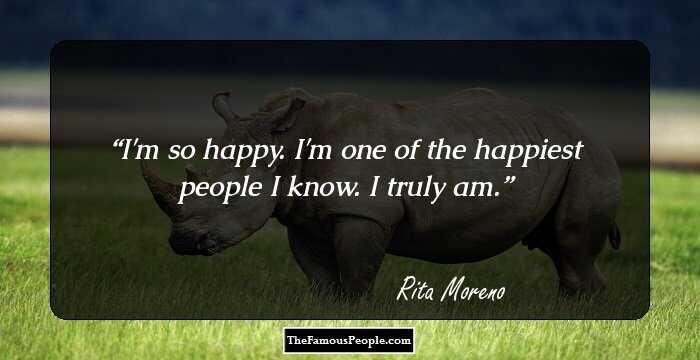 I'm so happy. I'm one of the happiest people I know. I truly am. 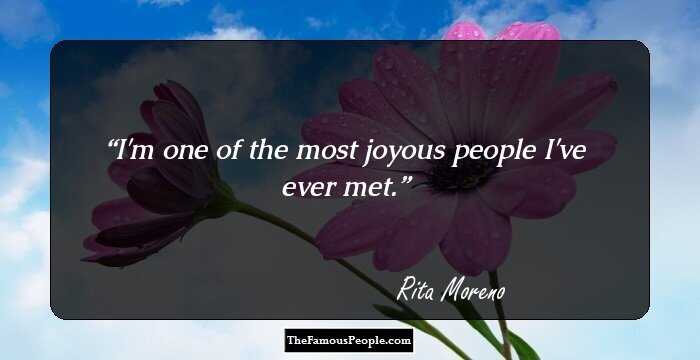 I'm one of the most joyous people I've ever met. 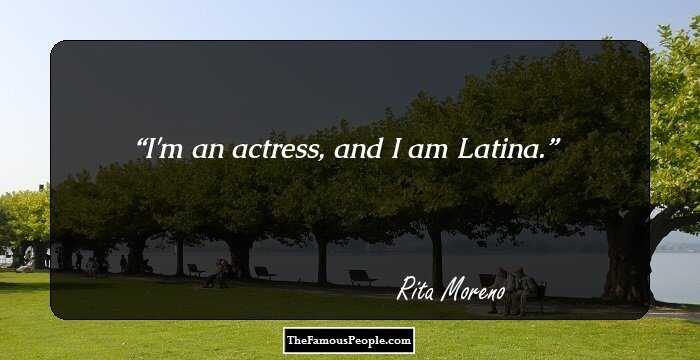 I'm an actress, and I am Latina. 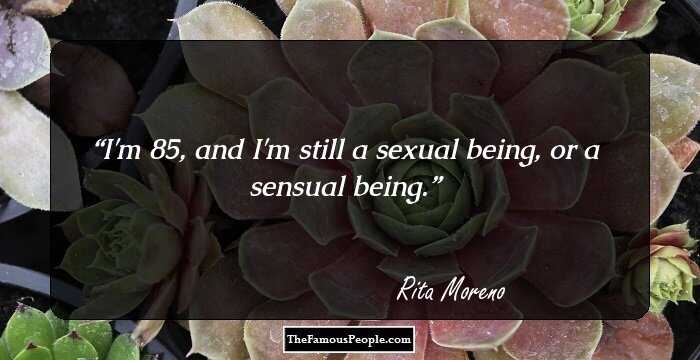 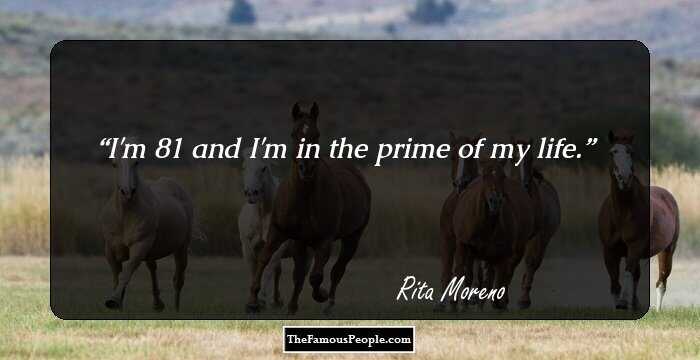 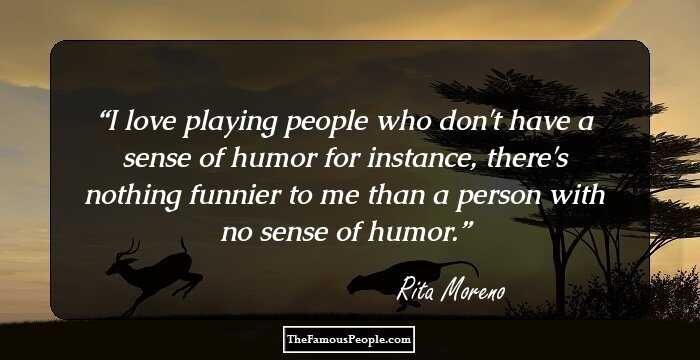 I love playing people who don't have a sense of humor for instance, there's nothing funnier to me than a person with no sense of humor. 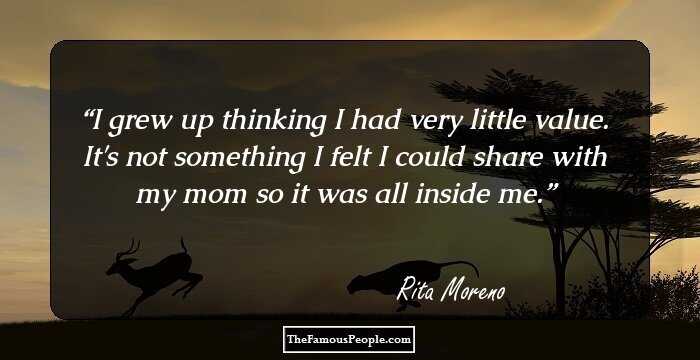 I grew up thinking I had very little value. It's not something I felt I could share with my mom so it was all inside me. 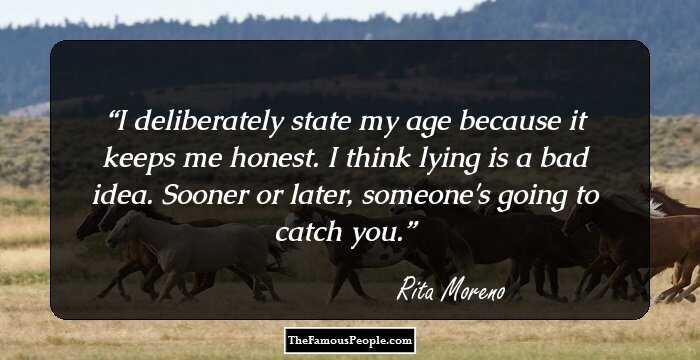 I deliberately state my age because it keeps me honest. I think lying is a bad idea. Sooner or later, someone's going to catch you. 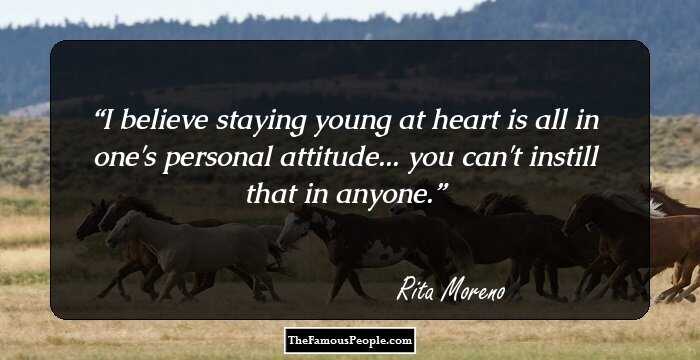 I believe staying young at heart is all in one's personal attitude... you can't instill that in anyone. 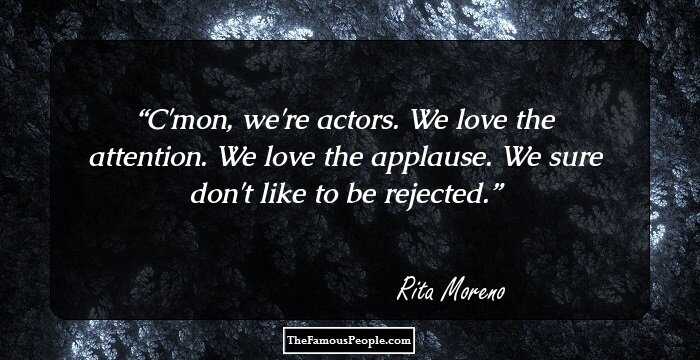 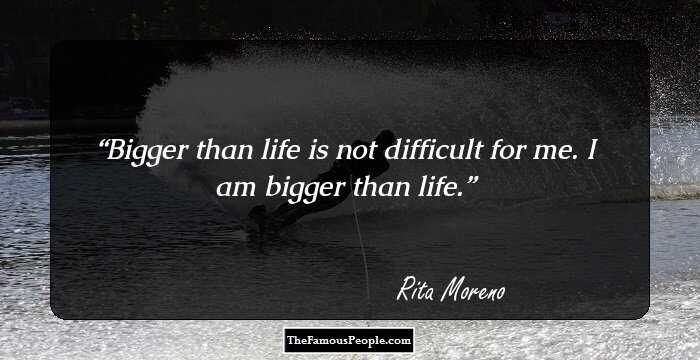 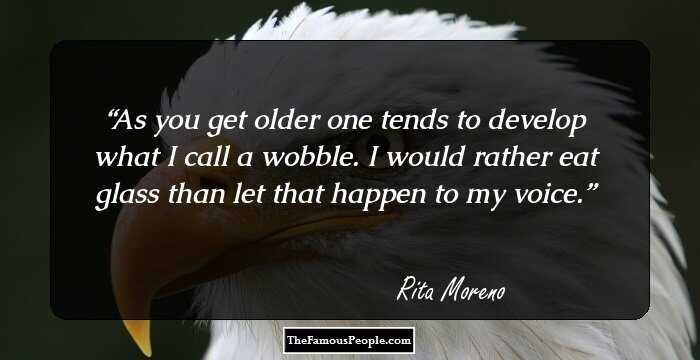 As you get older one tends to develop what I call a wobble. I would rather eat glass than let that happen to my voice.

I am a naturally buoyant person. I am a naturally energetic person... always have been. I have to say that it's important for everyone, but especially for women (given our bone density issues) to walk - even ambling for a couple of miles is better than not walking at all.

My middle name really is perseverance. I've always believed that I had talent, even when I felt like a very inferior sort of person, which I spent a lot of time living my life feeling that I wasn't worthy. But even then I knew that I had something special, and maybe that's what it takes. Maybe people need to have that kind of particular core driving them. But I felt I had talent.