Famous As: Manx Professional Road Racing Cyclist
Born On: May 21, 1985
Born In: Douglas, Isle of Man
Age: 37 Years
Mark Cavendish is Manx racing cyclist. Mark is a sprinter in road racing and a stalwart in madison, points race, and scratch race. He made his professional cycling debut in 2005, as a part of Team Sparkasse, and took on âTour de Berlinâ and âTour of Britain.â He had his breakthrough when he won the 2007 âScheldeprijsâ race in Belgium. He is also a two-time âCommonwealthâ gold medalist, winning in 2006 and 2010 respectively. As a sprinter, he won eleven professional wins in his first season. He has won 30 âTour de Franceâs stages and 48 grand tour victories, in total. He is also a double âMadison World Champion. In 2012, he won the âChamps-ÃlysÃ©esâ stage in the âTour de Franceâ for the fourth time at a stretch, becoming the first person to do so. We have curated some of his quotes for you.Â
Listed In:
Sportspersons 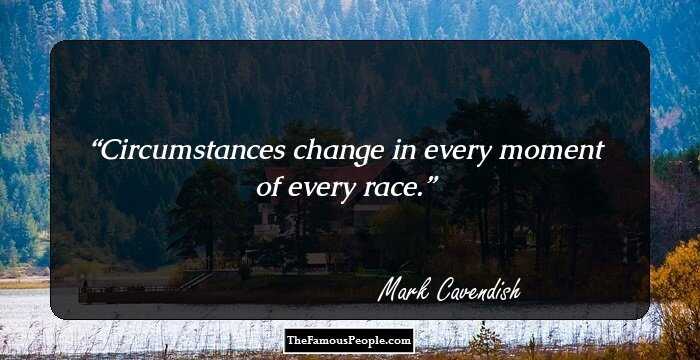 Circumstances change in every moment of every race. 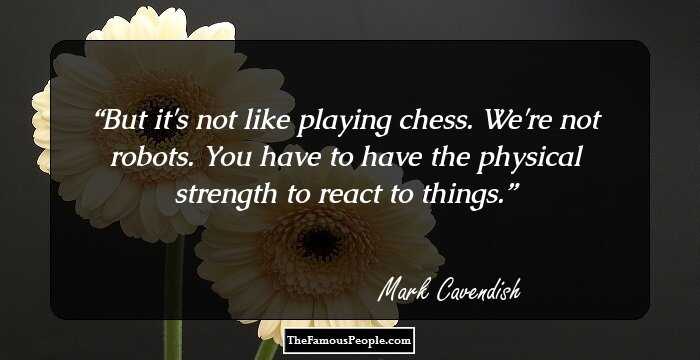 But it's not like playing chess. We're not robots. You have to have the physical strength to react to things. 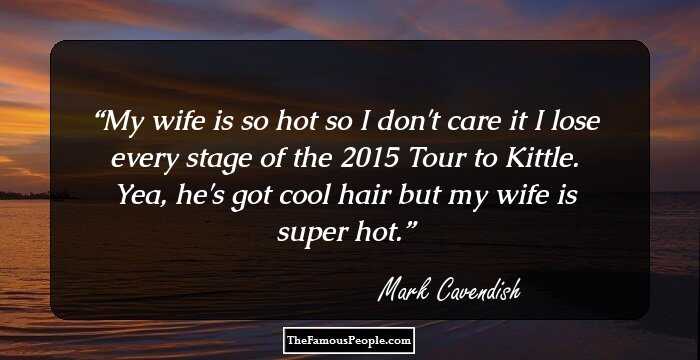 My wife is so hot so I don't care it I lose every stage of the 2015 Tour to Kittle. Yea, he's got cool hair but my wife is super hot. 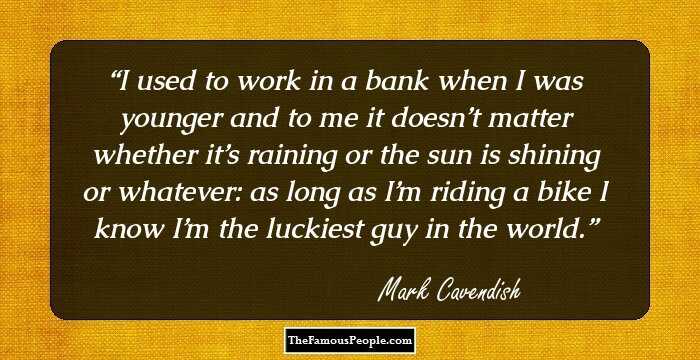 I used to work in a bank when I was younger and to me it doesnât matter whether itâs raining or the sun is shining or whatever: as long as Iâm riding a bike I know Iâm the luckiest guy in the world.

While the Tour of Flanders is also famous for its cobbles, the pavÃ© in ParisâRoubaix is bigger and even rougher. Imagine riding down a riverbed in a shopping cart, at over 50 kph in places, and that will give you some idea of the sensation. 126 Quotes By Cristiano Ronaldo That Motivate You To Buckle Down