22 Bam Margera Quotes You Should Bookmark

Famous As: Skateboarder, Stunt Performer, Television Personality and Filmmaker
Born On: September 28, 1979
Born In: West Chester, Pennsylvania, United States
Age: 43 Years
Bam Margera is a celebrated American filmmaker, musician, professional skateboarder, and stunt performer. He rose to fame when he joined the main cast of âJackass,â an MTV reality comedy television series. He also starred in various other MTV shows, including âBamâs Unholy Reunionâ and âViva La Bam.â He also appeared in all the âJackassâ movies. He starred, directed, and co-wrote the independent comedy film âHaggard: The Movieâ and âMinghags: The Movie.â We have curated some popular quotes and sayings by Bam Margera which have been extracted from his movies, thoughts, interviews, tweets, dialogues, public utterances and life.
Listed In:
Film & Theater Personalities 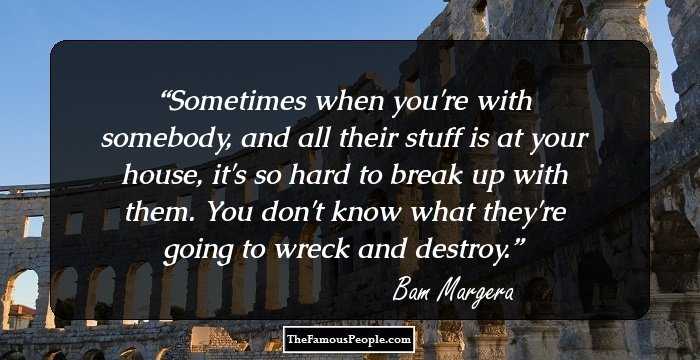 Sometimes when you're with somebody, and all their stuff is at your house, it's so hard to break up with them. You don't know what they're going to wreck and destroy. 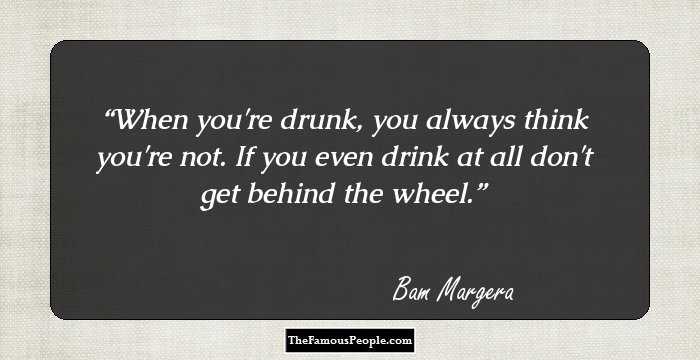 When you're drunk, you always think you're not. If you even drink at all don't get behind the wheel. 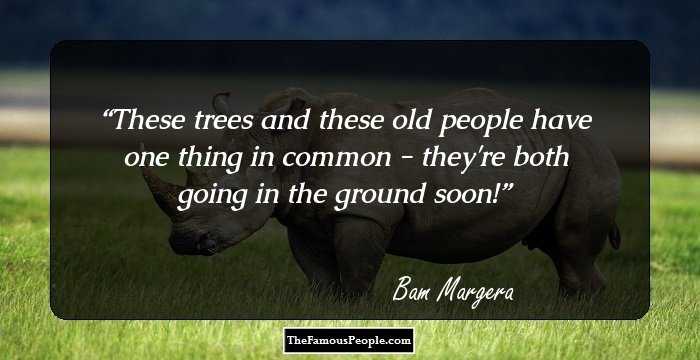 These trees and these old people have one thing in common - they're both going in the ground soon! 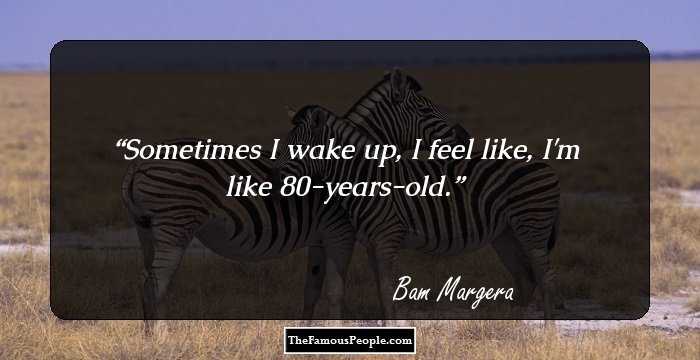 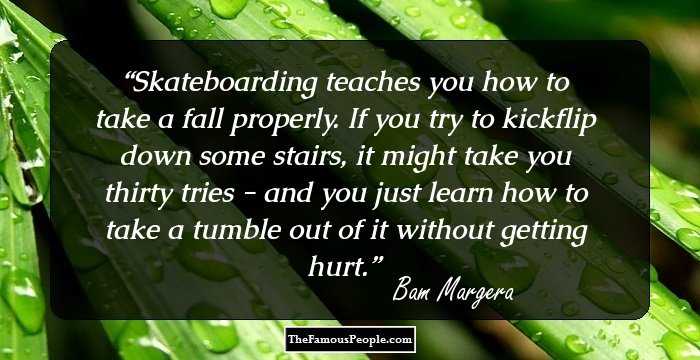 Skateboarding teaches you how to take a fall properly. If you try to kickflip down some stairs, it might take you thirty tries - and you just learn how to take a tumble out of it without getting hurt. 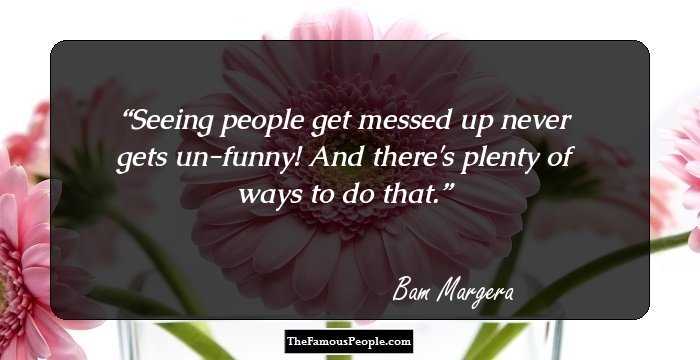 Seeing people get messed up never gets un-funny! And there's plenty of ways to do that. 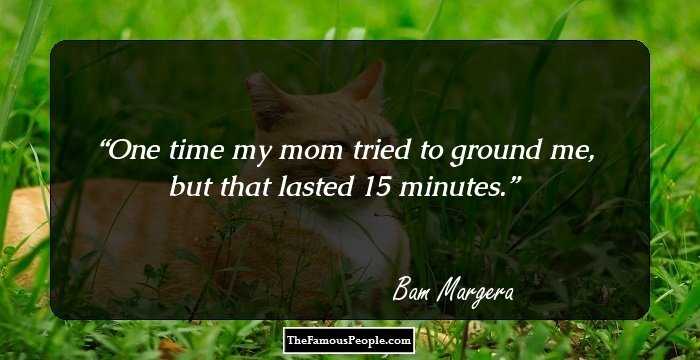 One time my mom tried to ground me, but that lasted 15 minutes. 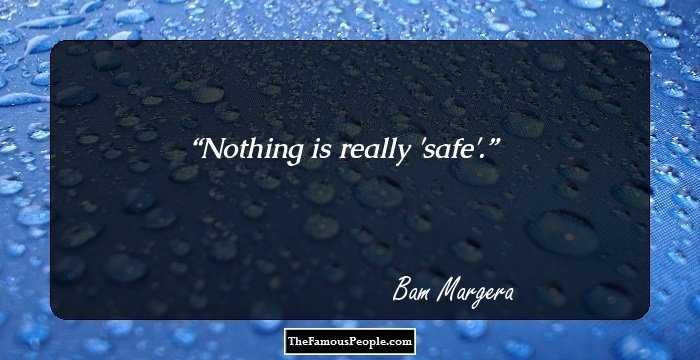 Nothing is really 'safe'. 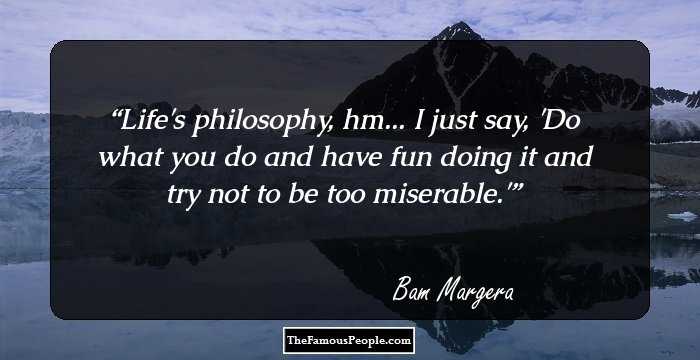 Life's philosophy, hm... I just say, 'Do what you do and have fun doing it and try not to be too miserable.' 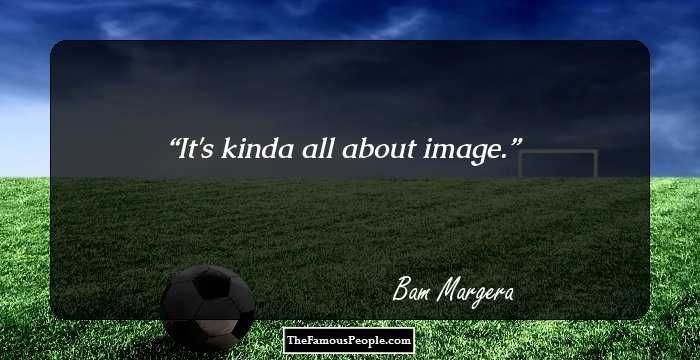 It's kinda all about image. 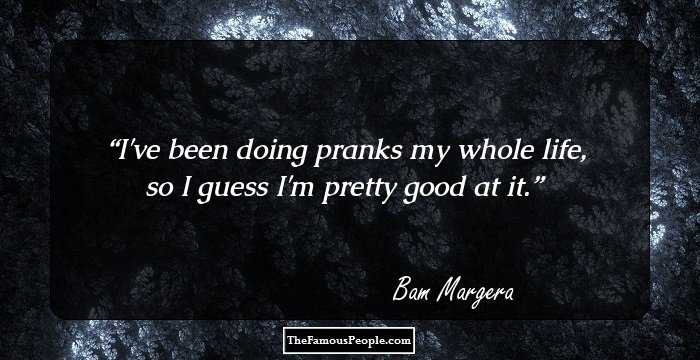 I've been doing pranks my whole life, so I guess I'm pretty good at it. 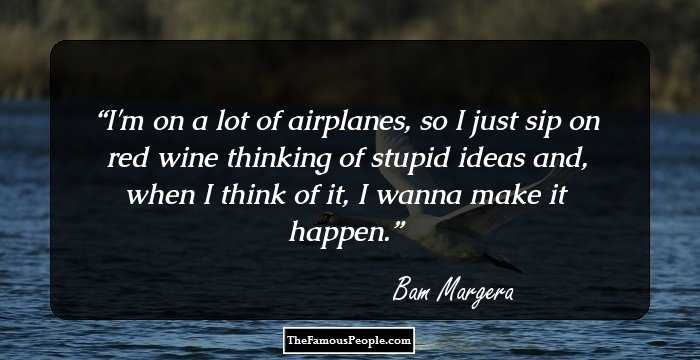 I'm on a lot of airplanes, so I just sip on red wine thinking of stupid ideas and, when I think of it, I wanna make it happen. 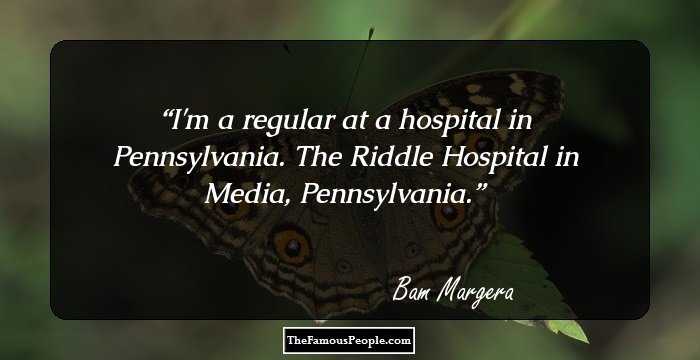 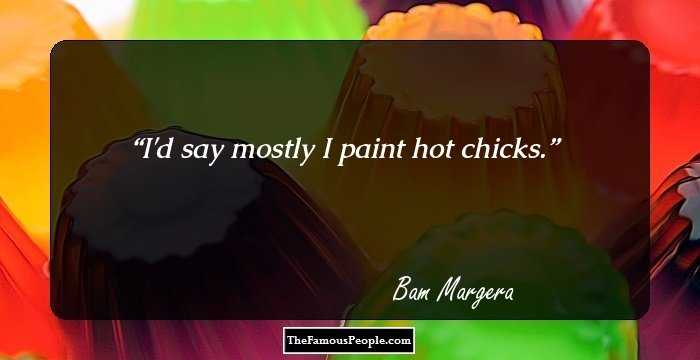 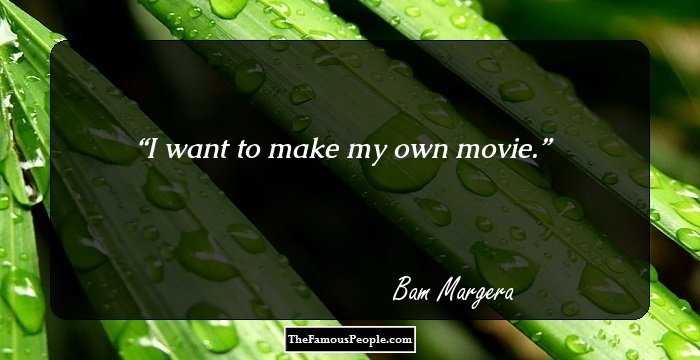 I want to make my own movie. 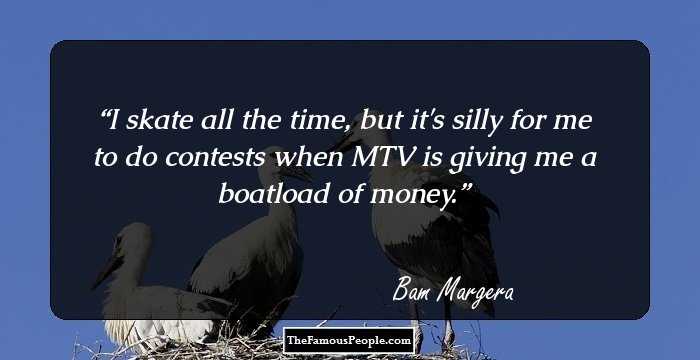 I skate all the time, but it's silly for me to do contests when MTV is giving me a boatload of money. 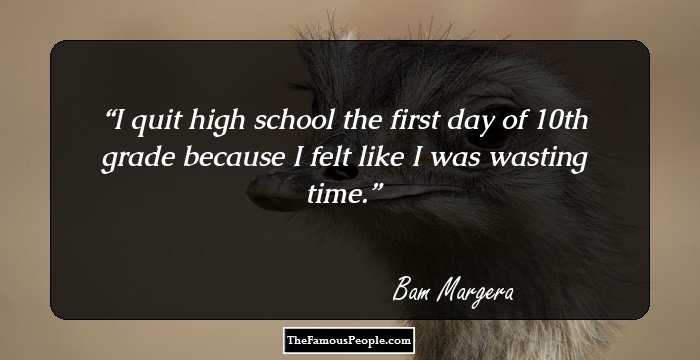 I quit high school the first day of 10th grade because I felt like I was wasting time. 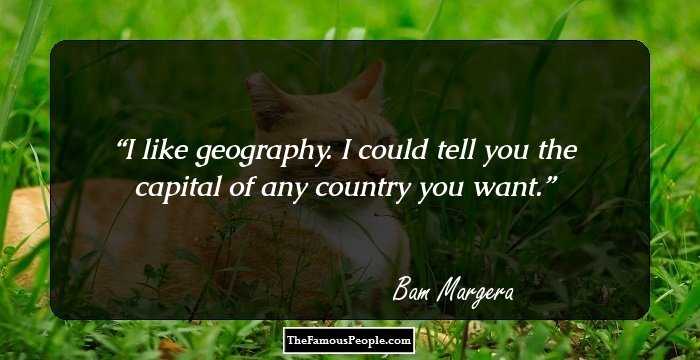 I like geography. I could tell you the capital of any country you want. 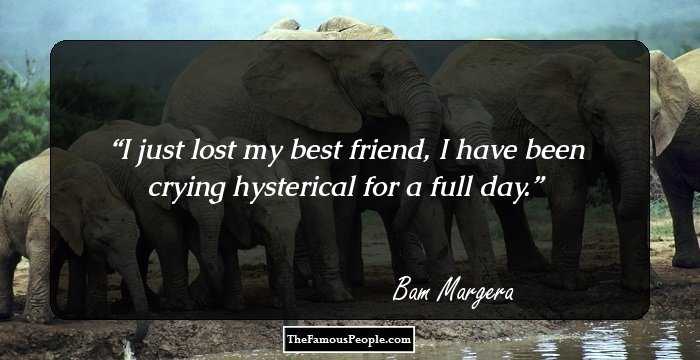 I just lost my best friend, I have been crying hysterical for a full day. 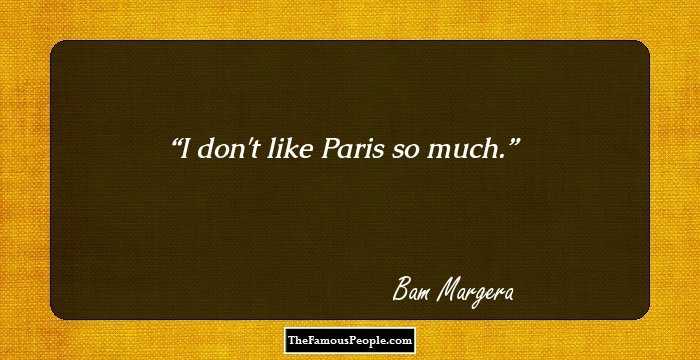 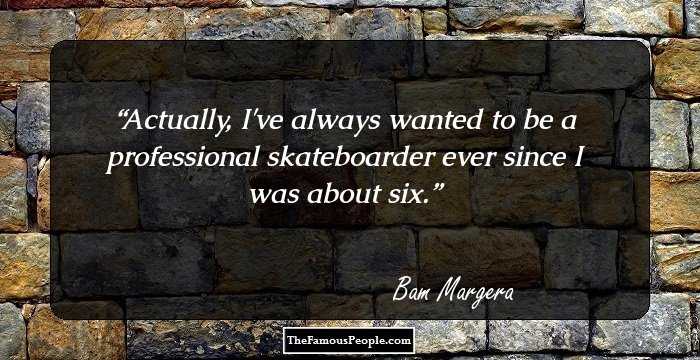 Actually, I've always wanted to be a professional skateboarder ever since I was about six.

I got addicted to Tetris, playing it in my basement, I was missing all these airplane flights over it. After the fourth one that I missed, I realized I needed to get rid of this thing - so ever since then, I don't play video games any more.