Famous As: One of the Greatest Female Star of Classic Hollywood Cinema
Born On: September 16, 1924
Died On: August 12, 2014
Born In: Bronx, New York, United States
Died At Age: 89
Lauren Bacall was an American actress known for her sweet voice and sensual looks. She was interested in acting from an early age and learned acting from âAmerican Academy of Dramatic Artsâ. After graduating she did her first role in a play titled âJohnny 2 X 4â. She even did modeling and appeared on the cover of the renowned magazine âHarperâs Bazaarâ. It helped her catch the attention of some famous directors, which in turn paved her path to Hollywood. She debuted at an early age of nineteen with âTo Have and Have Notâ which turned out to be a great success. Bacallâs fame was magnified due to her beauty with a perfect blend of twinkling bluish green eyes and brown blonde hair. She further enhanced her popularity with her next movie titled âThe Big Sleepâ which was well-appreciated by the masses. She further went on to work in various blockbuster movies including the âDark Passageâ and âNew York Timesâ. Her acting skills in theater as well as movies brought her many awards including multiple Tony Awards and the âGeorge Eastman awardâ. We bring to you some great quotes by the charismatic diva which has been excerpted from her life and work. Here is a collection of famous quotations and sayings by the legendary actress Lauren Bacall.
Listed In:
Film & Theater Personalities
Actresses 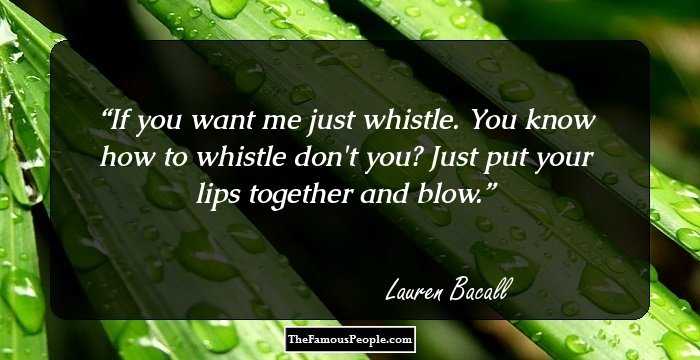 If you want me just whistle. You know how to whistle don't you? Just put your lips together and blow.

You Me Together
Lauren Bacall 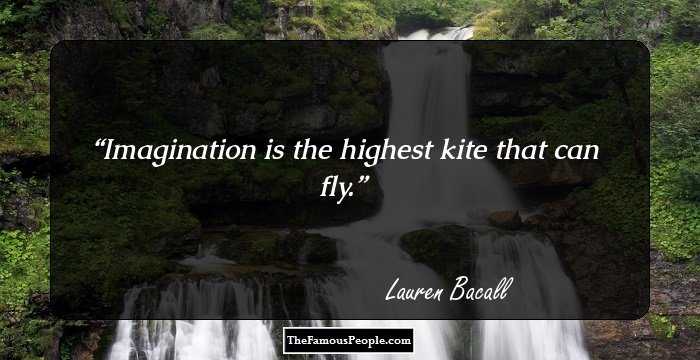 Imagination is the highest kite that can fly. 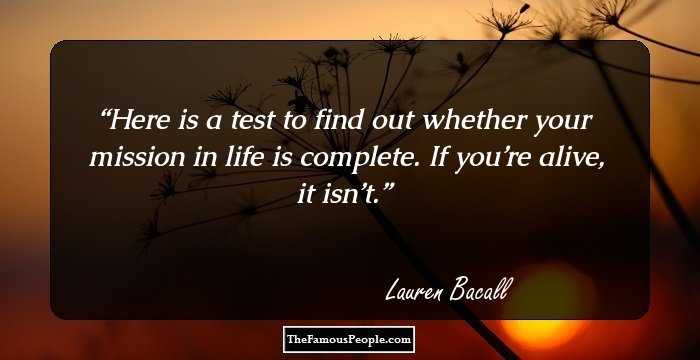 Here is a test to find out whether your mission in life is complete. If you’re alive, it isn’t. 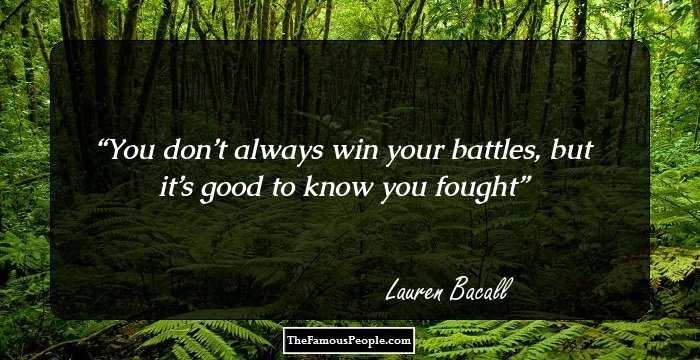 You don’t always win your battles, but it’s good to know you fought 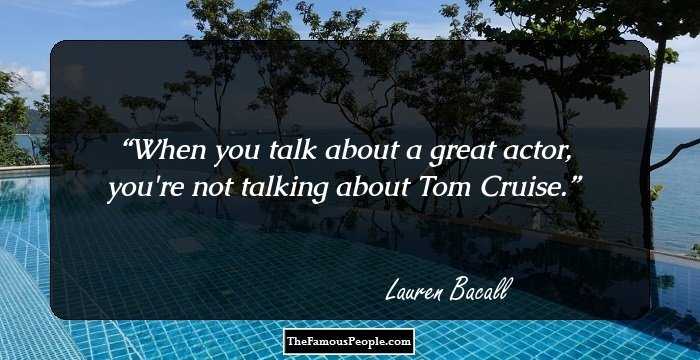 When you talk about a great actor, you're not talking about Tom Cruise. 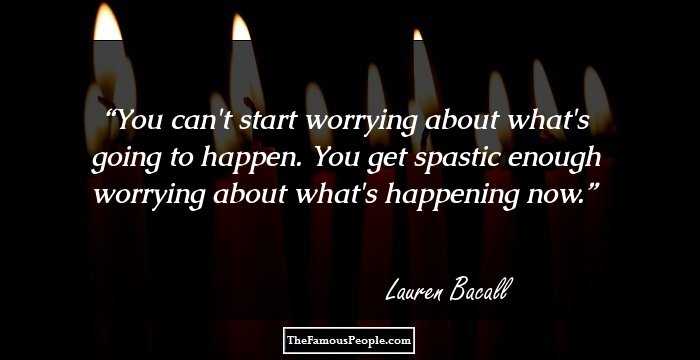 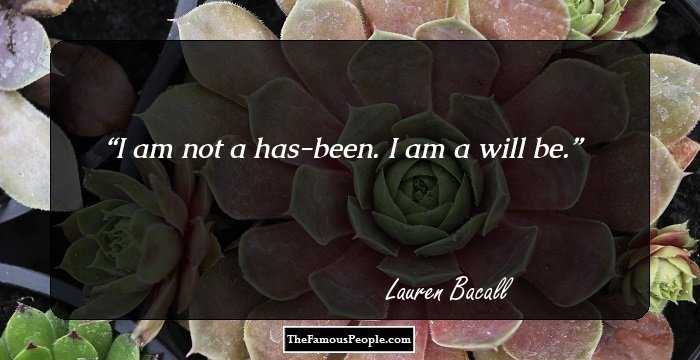 Will I
Lauren Bacall 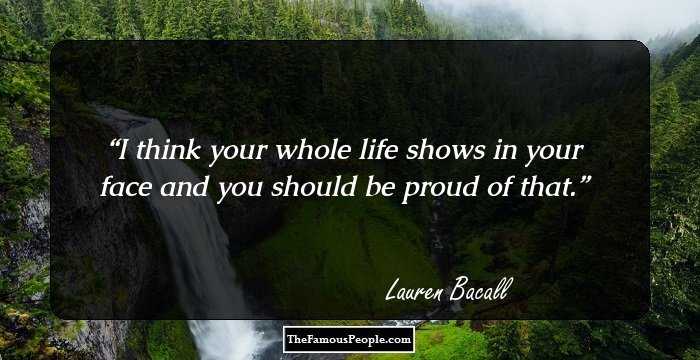 I think your whole life shows in your face and you should be proud of that.

You Life Think I
Lauren Bacall 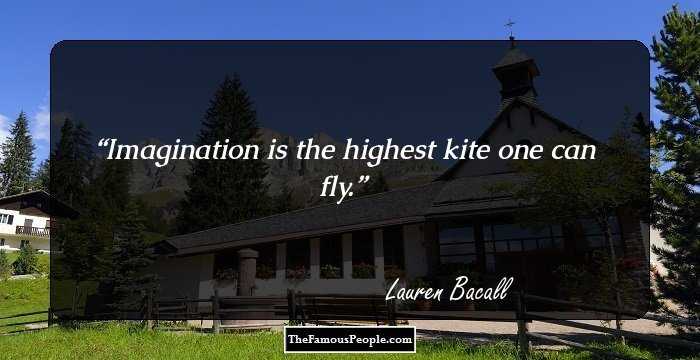 Imagination is the highest kite one can fly. 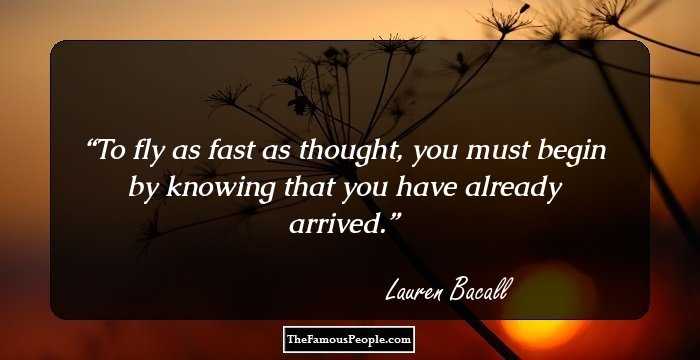 To fly as fast as thought, you must begin by knowing that you have already arrived. 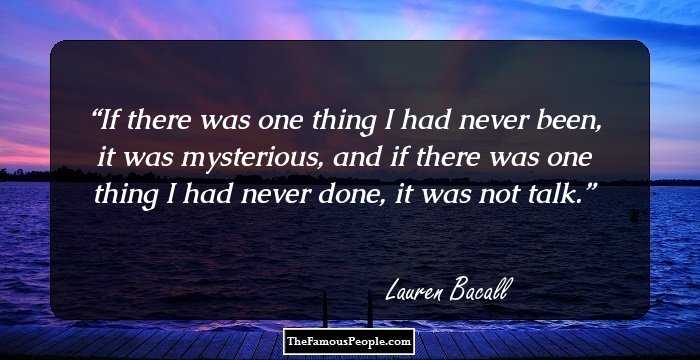 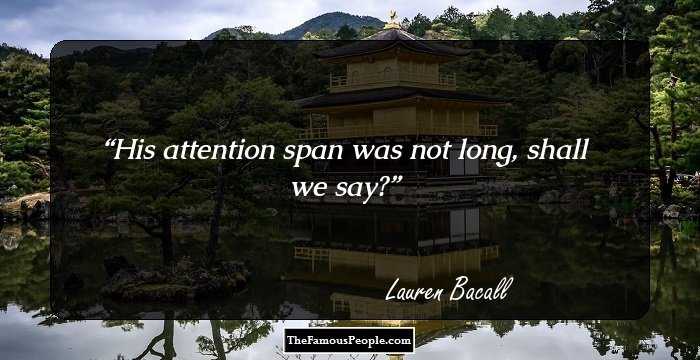 His attention span was not long, shall we say? 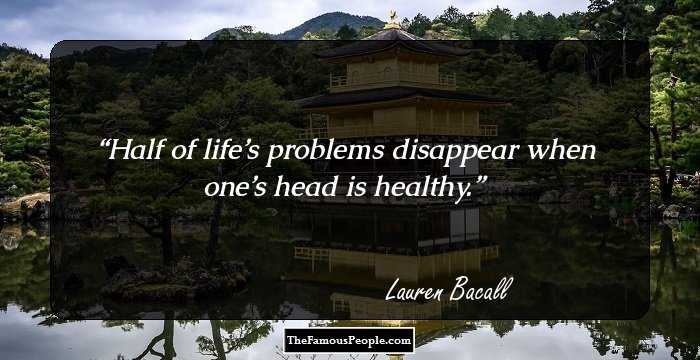 Half of life’s problems disappear when one’s head is healthy. 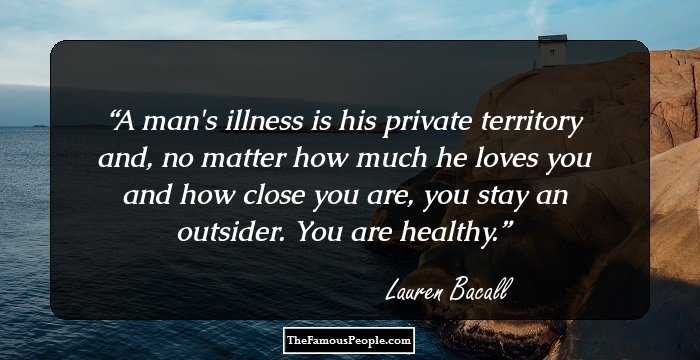 A man's illness is his private territory and, no matter how much he loves you and how close you are, you stay an outsider. You are healthy. 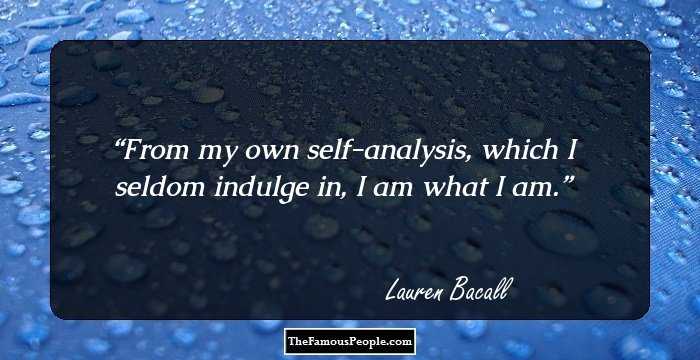 From my own self-analysis, which I seldom indulge in, I am what I am. 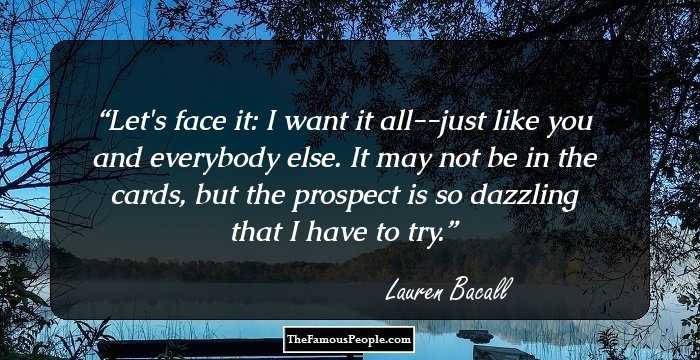 Let's face it: I want it all--just like you and everybody else. It may not be in the cards, but the prospect is so dazzling that I have to try. 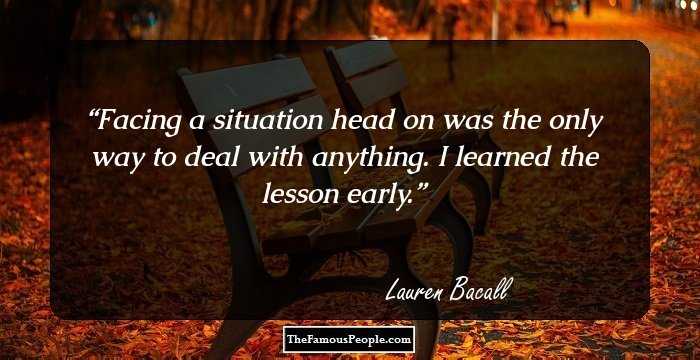 Facing a situation head on was the only way to deal with anything. I learned the lesson early. 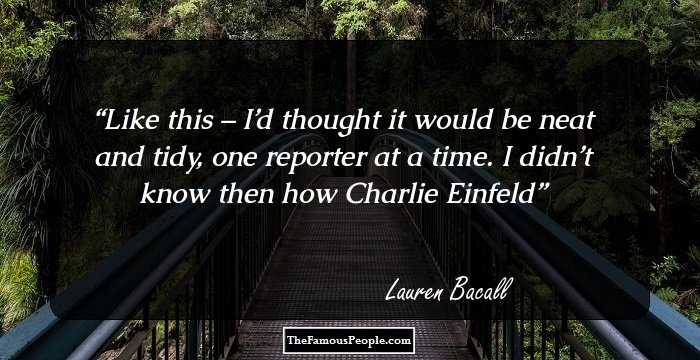 Like this – I’d thought it would be neat and tidy, one reporter at a time. I didn’t know then how Charlie Einfeld